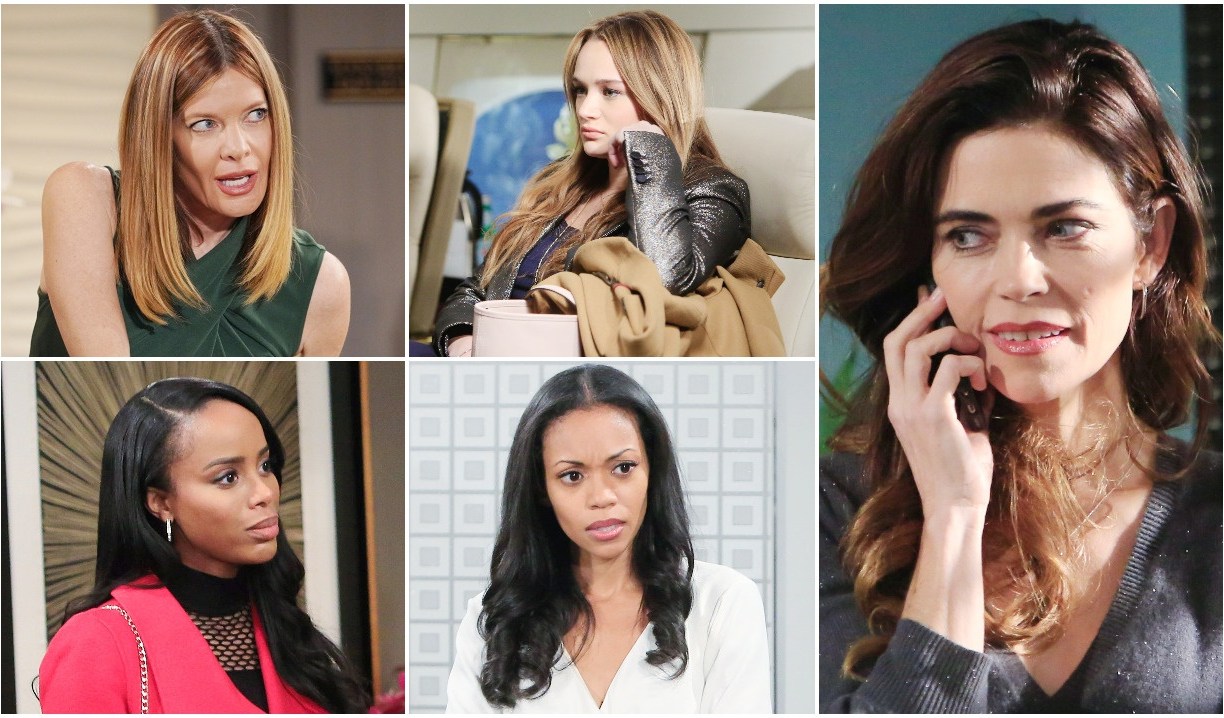 The most puzzling trend of the last year on Young & Restless is the lack of big drama. It’s as though the show — a soap opera — is willfully steering clear of it. Characters settle conflicts civilly and there’s never any high stakes consequences or follow-through in any situation where viewers would ordinarily expect it. Numerous break-ups have occurred with little fanfare, rivals tolerate one another, Adam showed up at Sharon’s wedding but didn’t do anything and she didn’t even see him, and Phyllis keeps taking the high road. Enough! With that said, the efforts of the actors, scriptwriters, and breakdown writers have given us some really amazing scenes regardless of the broader issues.

* There was a lot to like about the scenes on the Jabot jet — the realistic feel of being inside a plane was great, as was the snark and the awkwardness. Billy and Summer’s talk was a terrific beat to play, especially the soapiness of holding the conversation where it could be overheard and a secret exposed. As for Lily’s reaction, at first I was irritated that it was only played for one episode before all was forgiven, but later realized that Lily freezing Billy out for a day and then putting things in perspective, though not very exciting, was appropriate to the situation and her character.

* Phyllis and Victoria’s game of one-upmanship remains entertaining but I’d like to see some true high stakes involved and something actually happen rather than a bunch of verbal sparring with no real consequences for either party. Kevin talking Phyllis out of a blackmail scheme and Nick patting her on the back with a wink and a nudge for not following through is something different for her… but not necessarily in a good way. I cannot understand the decision to constantly have people doing the right thing on a soap opera. In related commentary, how about Sharon telling Nick he and Phyllis make a great couple? I’m not sure what happened there but Sharon would never say that. 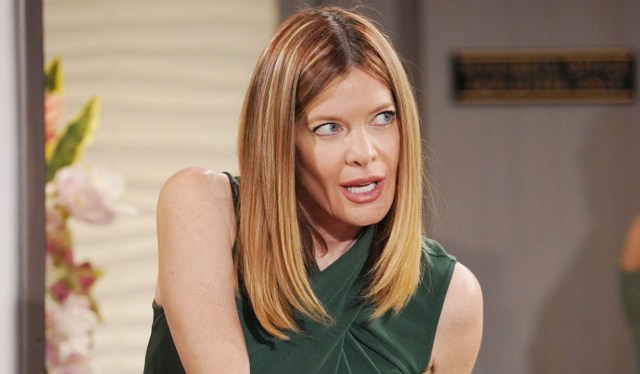 Calling the devil on Phyllis’ shoulder to come through.

* Sharon and Adam’s scenes in the coffee house definitely played as though they can’t stay away from one another and they light up when they see each other. The writers need to pay attention to what’s coming through onscreen and take their cues from it moving forward.

* Victoria manipulating Billy for a second time after he’d already called her out on it was ridiculous. We’re supposed to believe that even though Victoria still thinks Billy had an affair with Amanda and lied about it, she suddenly can’t help but do this because he’s seeing someone else? Let’s not forget how she read him for filth not that long ago when she thought he wanted her back… it makes no sense. Granted, things sometimes don’t make sense when it comes to love, but I’d hoped for Victoria to go in a different direction. See potential love interests for Victoria in the gallery.

Josh should be hooking Victoria up with a new man. The new and improve version of Victoria should not still be pining for Billy. #YR

* I can’t say enough about the emotional rollercoaster that we’ve been through with Amanda’s journey to find out about her past, which has been the most dramatic and raw storyline on the show. Undoubtedly the best thing to come out of it was the prospect of ongoing conflict between Amanda and Imani, who were fire going toe-to-toe in every scene they shared. The soapy potential is huge with this new character coming into the mix. Sadly, if we never see Naya and Imani again, I’ll be angry… but not surprised.

I’m watching backwards to clear my DVR…but look it…Amanda vs Imani is the rivalry we all deserve. Come on #YR, you’ve got something here. Don’t throw it away!

* As mentioned in last week’s column, the time wasn’t taken to flesh out Sally’s character or her rivalry with Summer in order to properly build to this crossover with Bold & Beautiful. There’s no reason for Summer to be going to these lengths to get dirt on Sally yet as she’s not even a threat to her at this point. As a result, it’s been less-than-compelling. It was also a huge missed opportunity to do the B&B/Y&R crossover fans really wanted to see. View the full crossover itinerary.

* I’m bored of watching Faith text Jordan. Here’s hoping there’s actual drama coming up in this storyline. The teased return of a teenage Moses Winters is intriguing and could come into play down the road.

* Abby went from just back from her honeymoon to full-scale panic at not being immediately pregnant. It’s weird to feel sympathy for the character, yet not be invested in the outcome. The dance it out party with Mariah, Tessa, and Lola was fun though. It all left me wondering which of them will end up being Abby’s surrogate because it seems clear that’s where this is headed.

Imani Blew Into Amanda's Story and...

The Kid LAROI: 5 Things About The 17-Year-Old Australian Singer Who Made His ‘SNL’ Debut