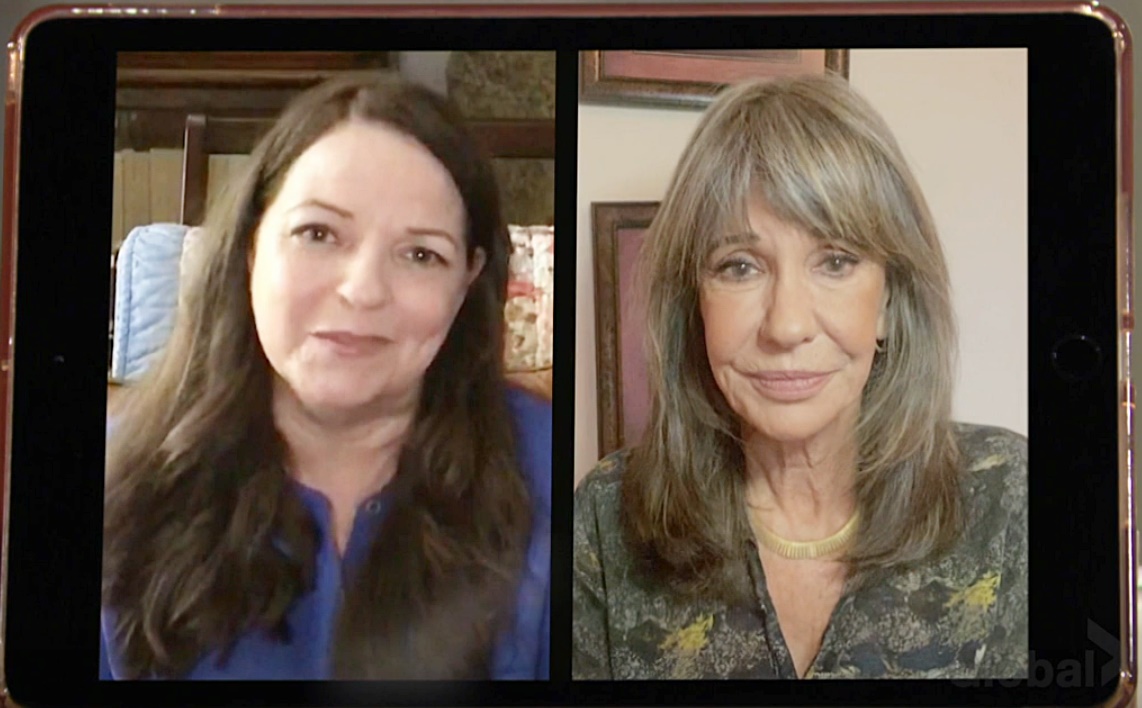 In reading over past columns dating back to January in anticipation of our upcoming Year in Review segment, I realized that many of the same scenarios and characters that weren’t working back then (viewers were ferociously bored) are still front and center now during November Sweeps. It explains why I’m feeling let down and frustrated that, despite vast improvements and some notable soapy moments, there’s still a sense of the writers being out of touch with what viewers want to see on The Young and the Restless.

* Seeing Nina and Jill again felt like a mini-event in and of itself. Even if it was on a tablet… all the feels! Can’t wait to see more of them.

Can I just watch Jill & Nina bickering on the iPad for an hour? I’d be quite happy with that.#YR

* In a week where not much stood out for me, Billy’s little speech to Lily as they agreed he should step back from Chance Comm gave me goosebumps. “I’ll miss seeing you, being in the same room with you, arguing with you — which I find hot in some way — and wondering when and where you’ll try to kiss me again.” Lily looked breathless after he walked out. Good stuff, especially considering they can’t be physically close right now. As for Billy being a suspect, it’s possible he’s being set up by Adam, even after the fact, but more likely it’s a red herring.

* Elena’s dream sequence was a cool way to illustrate her inner struggle while feeling torn between Nate and Devon and a creative way to continue to take advantage of the fact that Brytni Sarpy and Bryton James can kiss onscreen. Love her new look too!

* I couldn’t have been less interested in the rehash scenes of Chloe and Chelsea arguing about Adam, or even debating a fashion line. Been there, done that. They need to get away from replaying old storylines and get back to who the characters are at their core, then come up with fresh content. Also, I did a double-take at Chelsea blaming Adam’s yen for revenge for their split when she was the one who pushed for it and said she had his back whatever he wanted to do to make Victor pay… Do they even remember what they wrote three weeks ago? Also, what happened to her headaches? Make it make sense!

Chelsea you aren’t a victim. you pushed Adam to seek vengeance against his father. #YR

* When Rey said this line to Sharon, “When I tell you not to spend time with Adam it’s to keep you from getting hurt,” I was irked, thinking, “Tell? When you tell her?” The protective male thing has its appeal, but that crosses a line, so I was extra glad Sharon did whatever the hell she wanted to where Adam was concerned anyway. Victor and Sharon having Adam committed was a bit of a twist, but not enough to abate my fatigue with the storyline, which I sometimes think of as the Black Hole of Adam. Mark Grossman’s brilliant in the role but I’ve no idea what they’re even doing with the character at this point.

* Amanda and Devon’s not-a-date dinner drew me in. The chemistry that made Hevon popular is still there, and even though Amanda’s not Hilary, and I hope it’s not an easy road to romance because that’s boring, it makes perfect sense to have ended up here after Mishael Morgan’s return. See photos of our guesses as to who might be Amanda and Hilary’s mother.

* It’s worth repeating that I’m loving the focus on friendships, which gives the characters’ lives more depth. The vibes between Lily and Amanda, Lily and Sharon, and Elena and Lola were on point. Abby asking Mariah to be her maid of honor was weird though. Right?

* I’m looking forward to Abby and Chance’s wedding for two reasons only — seeing more of Nina and Jill and hoping there will be less of a focus on Chabby once the deed is done. I’m not banking on it, however, as Abby’s so deliriously happy it can only be a sign that something’s about to go horribly wrong. With their fixation on having babies I’m wondering if they’ll have trouble conceiving. In interesting related news, Melissa Ordway’s hubby, Justin Gaston is stepping in as Chance, which will be fun.

* As predicted Nick went ballistic after finding out Faith was drinking. Totally in character for him, but I had one bone to pick: Why didn’t Nick mention Daniel by name when he reminded Faith how Cassie died? Are we pretending he doesn’t exist, just like we were pretending Phyllis wasn’t already a grandmother? It was so odd it took me right out of the scene. Anyway, this situation meant conflict for Nick and Phyllis, who for once, wasn’t to blame as she truly could not get a word in edgewise when she tried to tell Nick about Faith. It was a nice beat for them to make amends and show they’re putting in effort not to repeat old patterns. Do I think that will be the end of their troubles? Nope, but not jumping to a split is a change for the better.

* Phyllis versus Victoria is so much more entertaining than Phyllis and Abby, but did they really have them clash over Phyllis printing up fliers? Egad.

* I’m intrigued by the prospect of a Summer and Sally rivalry, which has loads of potential… at least in a storyline involving Jabot Collective and Lauren. If they’re going to do a love triangle with Kyle, I’d suggest they bring back a touch of his naughty, fun-loving side and break him out of this overly-serious, fortysomething vibe he has going on lately.

* When Mariah told Theo, “You want them to see your pain,” the look in his eyes said he felt seen. The conversation was incidental but made an impact. This is why Theo’s so interesting, because you can see those layers. Worst decision in a while to let Tyler Johnson go! 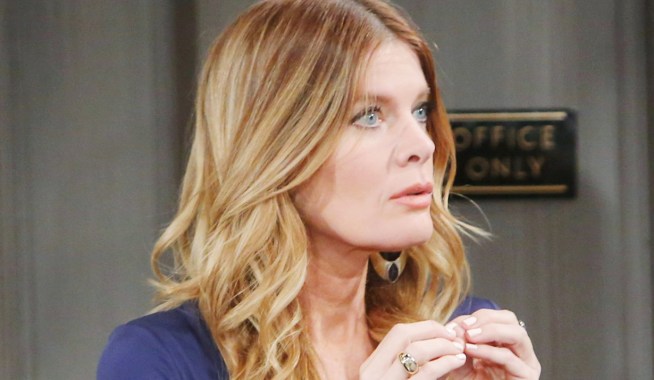 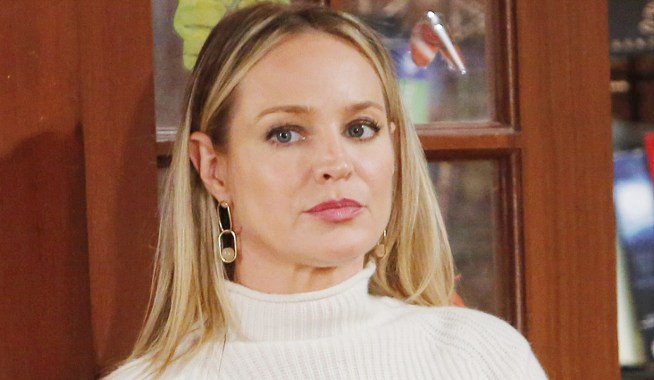