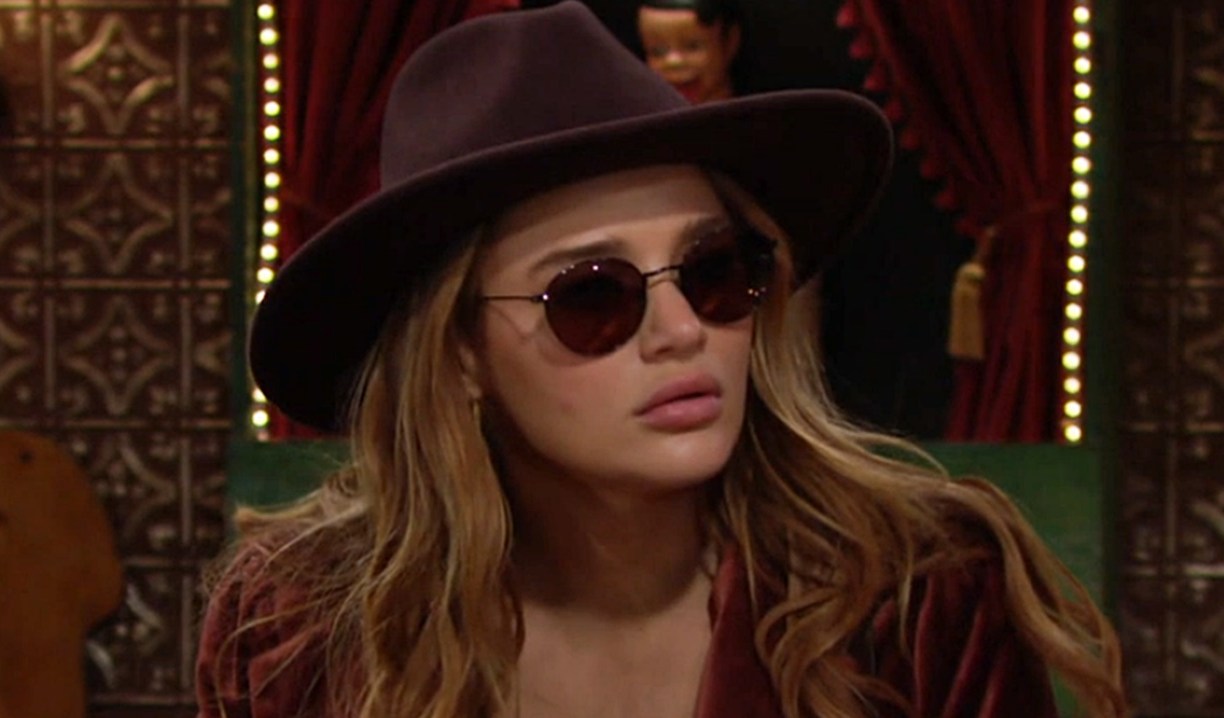 I genuinely want to see characters on The Young and the Restless doing bad things or being messy, not just hear other characters talking about it as fact. Show us, don’t tell us. Elena having sex with Nate is a terrific example of soapier drama with some higher stakes for the characters. More of that please!

I’ve been loving the undercurrents surrounding Elena and Nate cheating; classic soap opera! Brytni Sarpy’s torment as Elena struggles is palpable, and we’re still wondering how manipulative Nate’s actually being. Devon winning Businessman of the Year is amazing… too bad we no longer see him in mogul mode though. Amanda and Lily cleared the air about Hilary which left me slightly bummed out. It would have been the perfect opportunity to introduce some conflict even if it was fleeting. Of course, that doesn’t mean it won’t crop up again. If Amanda gravitates toward Billy, even temporarily, after her split from Nate, it could lead to tension with Lily since she and Billy are growing closer. Amanda’s talk with Lily led to her hiring a P.I., which has me excited for whatever family revelations come up, and I’m dying to see what happens when Devon finds out about Elena and Nate.

“Oh Sharon,” was all I could think when she ran from Adam straight to the house to propose to Rey. This is gonna’ be a mess! Either Rey will find out she met with Adam directly before popping the question, or she won’t be able to go through with the wedding… or Adam will do something to stop it. After finding out about Sharon’s engagement, Adam holed up in the penthouse, where he conveniently, and hilariously, had a newspaper clipping of Sharon and Rey on hand for a burn and brood session. In related commentary, Sharon’s cancer storyline had fizzled so it was a wise move for the show to cut their losses by having her lab results come back clear.

Chloe let Kevin name the baby, which was sweet, and the moniker randomly turned out to be ‘Miles’ after a childhood neighbor we’d never heard of before. This took me aback briefly, but the story was heartfelt and reminded us of Kevin’s history. I’m all set for Gloria to return and hopefully turn the Chancellor household upside-down.

In a twist, Summer left Kyle a ‘Dear John’ note of sorts and walked out on the elopement. I appreciated the surprise move and the injection of a bit of drama. The part where it fails for me is that they have all these characters talking about Kyle being a screw-up but we only see him trying to do the right thing. If he’s truly a mess, show us, don’t tell us.

I’ve been enjoying the Summer and Faith scenes and loved Faith teasing her about ‘stalking’, which reminded me about Summer’s former obsession with Billy and the still buried secret that they had sex. That should come out at some point. Poor Faith’s take on love at such a young age is sad, but who could blame her?

With all the talk about love and Faith texting newcomer Jordan, I had to wonder if she’s a potential girlfriend? Or perhaps a friend who will lead her down a darker path?

As for Kyle’s interactions with Lola, I really wish they’d just let her be sexy and fun, it would make the storyline so much better. The powers that be would do well to remember Lola, Kyle, Summer et al aren’t forty-somethings. My favorite scene at Society this week was a tipsy Tessa blurting out that Kyle and Summer got married. Good stuff.

It was nice to have a mother/daughter scene with Ashley and Abby, but I could do with fewer of Chance and Abby’s Hallmark moments. My mind just wanders when they get all syrupy. I also find it odd they’ve got their whole future planned when he hasn’t proposed — only because he seems too straight-laced not to put a ring on it first.

The dynamic with Phyllis, Nick, and Victoria surrounding the hotel has been entertaining, though the bit with Victoria wanting a family meeting on what Adam might do next was odd – were they going to brainstorm hypotheticals? Anyway, I’m more than ready for Phyllis to get back to scheming and was almost hoping Adam would take her up on her offer to form an alliance. Not that we haven’t been down that road before, but after so many months of The Young and Restless being as dull as dishwater I’m all about any development that will shake things up.

Adam’s got nothing to lose now, he told Victor, and Victor warned him not to threaten him. Been there, done this. Their animosity doesn’t even make sense at this point and it’s yet another lost opportunity to have done something interesting and different with their relationship and the storyline.

Adam blaming Victor for everything is tiresome. They don’t have to be close and can still butt heads, but this is just beating a dead horse. #YR

I was a titch bored with some of the filler in the Dina episode, I suppose because the out-of-the-blue necklace story never really resonated, though I loved seeing Michael and Lauren, and Ashley in scenes with Victor. That said, the Abbotts never fail to deliver with emotional material — when Jack cries, we all cry — and I was right there in the final scenes. Hearing John’s voice was a kicker. The only question I had was why wasn’t Theo included?

Get your free daily soap-opera fix for Young & Restless — and all of the other daytime dramas — delivered straight to your email inbox by signing up for Soaps.com’s newsletter.

Phyllis Got a Worthy Opponent in...