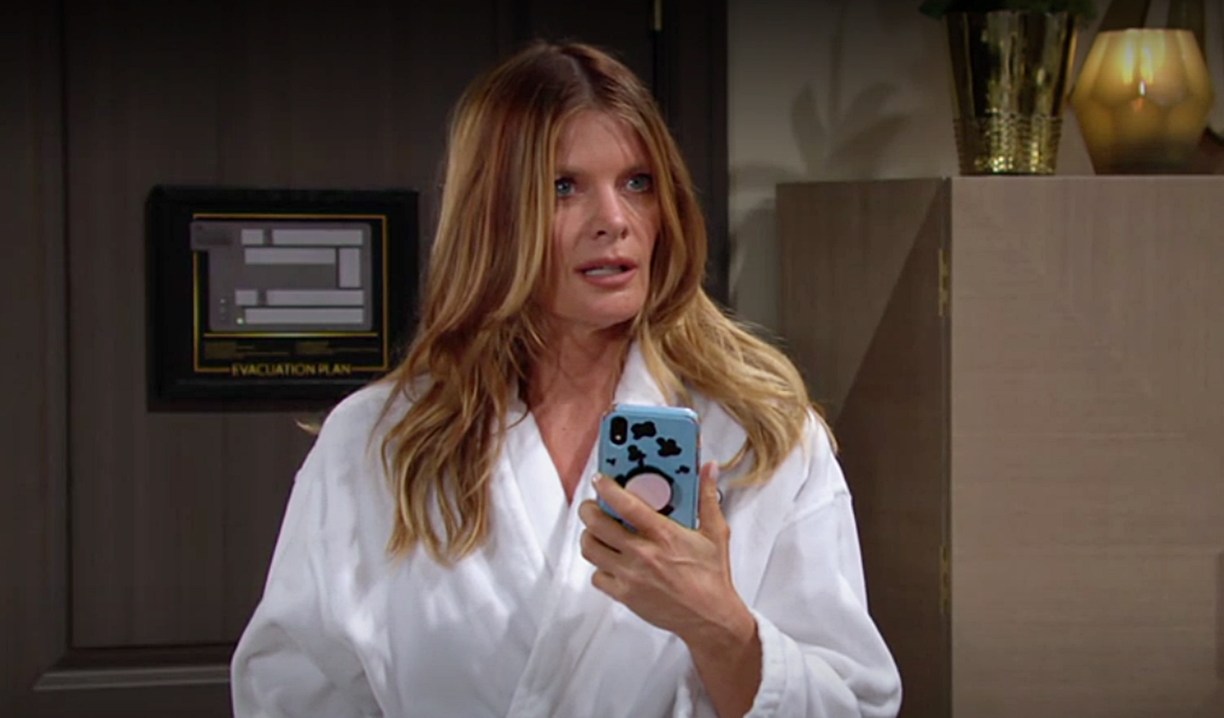 You know there’s a problem when the speculation we do about various Young and Restless spoilers ends up being far more dramatic and interesting than what actually transpires on the show. As boredom continues to rule on the CBS soap opera here’s hoping someone amongst the ‘powers that be’ is paying attention to what viewers are clearly demonstrating are major issues for this regime. That said, there were a couple of promising developments that had viewers talking. I’m off Friday, so remarks cover Monday through Thursday’s episodes only.

Sharon’s breast cancer storyline seems to be fizzling, but throwing her in the mix with Adam and Chelsea was definitely a good move even if Adam’s extreme reaction to this childhood revelation is stupid. Sharon and Adam’s chemistry charges their scenes, and the pairing was always controversial, which works on soap and is much-needed on Young and Restless currently. Chelsea is uninteresting as is, so hopefully, a shake-up would benefit her character too.

The powers that be don’t seem to know what to do with Phyllis now that they’ve landed her in this hotel. While I like her with Nick, and playing video games is their thing, hanging out in her suite isn’t a story, and I’m on my last nerve with the dumbed down and endless sparring with Abby. Now they’ve got Phyllis talking up this new spa idea as though NVP never existed…does she have amnesia? What’s going on?

I love the Abbotts but I had no interest in this story about trawling through old mementos yet again. We sat through how many scenes about the great need to find these home movies for Dina…and it ended up being 10 seconds of Jack hearing that John wanted him to know that nothing matters more than love and family. Didn’t he teach him this his whole life? Sigh. Figure out what to do with the Abbotts and give Traci a personal life!

Being positive, I enjoy Kyle and Mariah’s friendship, and I love the vibe between Lola and Theo. I was on the fence, however, about Kyle making nice with Theo. At this point, the show needs real drama and rivalries, so as much as it was a ‘feelgood’ moment – and reset a falling out that never made much sense – I’m kind of hoping it’s temporary. I’d still like to see something shake-up this whole crowd. As for Mariah and Tessa, the supportiveness and being there for one another is sweet, but it might have been a better choice to have Tessa go play the big music festival to create some tension…I mean, we’ll take anything that isn’t everyone holding hands and singing Kumbaya at this point.

Victoria’s big announcement was fun. Selling off divisions of Newman Enterprises to none other than Jack and Billy was a huge statement to Victor. The reactions of everyone watching were good too. It’s not often a woman comes out on top in Genoa City’s corporate world, however, so I fully expect Victor to team with Adam, who he’s feeling all protective of lately, and ‘put her in her place’ etc. Again, I’m on the fence here as I wasn’t a fan of retired Victor in old man cardigans, and advocated for something different in the Victor/Adam dynamic, but I’d really like to see a woman prevail…or women, now that Nikki’s on board.

Has anyone else noticed the spoilers sound more intriguing than what actually transpires onscreen? Case in point, the teaser about Billy urging Amanda to take a risk. It turned out it was about Chancellor Media taking a risk by purchasing Newman Enterprises’ media division…which seemed more like a no-brainer than a risk. Anyway, it had nothing to do with them personally, and was the first we’d seen of Amanda all week. Devon, Elena, and Nate were all MIA as well. Here’s hoping the spoiler speculation about a huge shake-up for these Y&R characters amounts to more than another letdown.

The last word goes to a viewer on the state of The Young and the Restless, which speaks to the point in our headline…

These #YR stories have no meat to them. Hotel drama, Adam killing some nobody as a kid, this all feels like filler fluff. That’s why I can’t get past 2 of my saved up episodes on DVR.