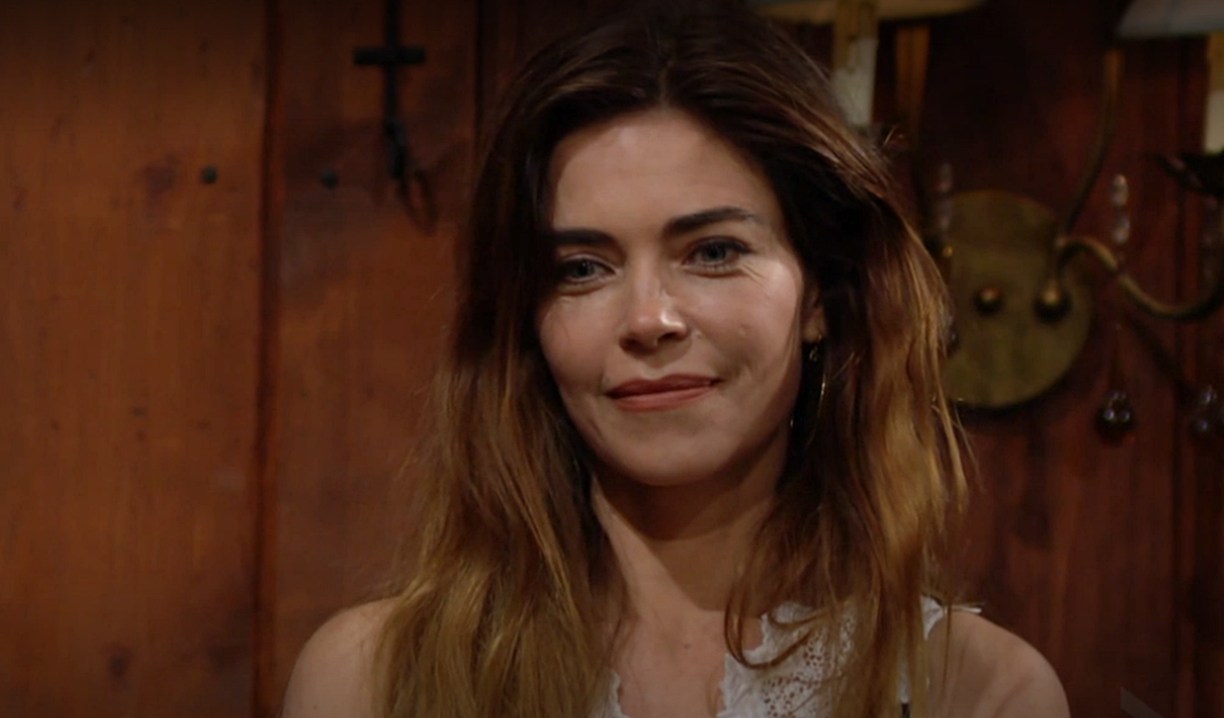 After months of airing classics, Young and Restless returned with new episodes. While the show got off to a fantastic start handling social distancing in love scenes and the production challenges related to filming under the new safety protocols, the soap’s storylines were still just limping along. Many viewers were optimistic that the prolonged time away would give the powers that be ample opportunity to regroup, look at what was working and what wasn’t, and return with a punch and fresh invigorated plots. As the week unfolded, I observed fans questioning whether that had happened, as the perplexing choices and lack of drama persisted. While I wholeheartedly share those concerns, change takes time, and it could be weeks before we see the result of any lockdown epiphanies onscreen, so I’m gritting my teeth and bearing the boring scenes – much the way everyone else is, and trying to find positives in the meantime. Notably, the best moments have been attributable to actors who infuse their scenes with emotion or energy regardless of the material and/or characters whose histories eclipse their current storyline.

A bone to pick

The Phyllis and Nick banter and sexy scene in her suite were great, as was Phyllis’ meet-up with Amanda at the Grand Phoenix bar…their friendship is a winner. When Nick offered Abby her choice of any building to put an end to her bickering with Phyllis, I was so into it. I thought, “Wow, they’re finally ending this so-called ‘rivalry’!” but then Abby vowed to fight back after the dinosaur bones were found, and the moment ended. Here’s hoping Abby accepts Nick’s offer next week, I’ll leave it at that.

Sharon’s breast cancer story continues to resonate because viewers care about her, and the effect her battle has on her loved ones, despite having some unrealistic bits and unoriginal dialogue. Having Faith and Rey tell her she had been saying ‘F*** Cancer’ over and over in her sleep was cute as was Mariah and Tessa’s exchange about family. Victoria’s visit to Sharon was good too…I was encouraged at the developing friendship there, but they could end up on opposite sides of the Adam drama. Adam turning to Sharon was a good writing move from my standpoint, but just as I was feeling pleased about that, they had Nick barrel in and be the one to tell Adam about Sharon’s cancer, which hit a sour note. I get his take on Adam, and it’s classic Nick to be overprotective, but it wasn’t his place to share that information, and a potential powerful ‘moment’ between Sharon and Adam was lost.

I have no problem with Nick or his POV in any of this, but I think JG should have had Sharon tell Adam herself. Very surprised at how this played out. #YR

Kevin and Esther’s conversation made for a heartfelt moment, but I feel like these characters are on an island out there at the Chancellor estate and the powers that be don’t really know what to do with them.

While the whole ‘Adam killed a man as a child and Victor kept it a secret all these years’ story hasn’t worked for me, I’m intrigued by Victoria landing back in the CEO chair with an attitude after being put through it by her father yet again. I’m also wondering who they will pair her with next as Billy seems to be in the rearview…at least for now.

The clinic stuff is deadly boring, with the most interesting thing being the unmistakable chemistry between Elena and Nate. That said, I’m not super into the idea of Devon going up against a family member for a woman yet again, but with Devon ‘bonding’ with Amanda, the prospects for further down the road open up, and I’m good with that. Not that Devon and Elena aren’t adorable…’cause they are, but it’s past time for these characters to get a proper storyline and some drama.

I feel Theo has potential, so I’m encouraged by him joining Chancellor Media and finding a home base where he can maybe come into his own. Billy and Lily’s dynamic continues to work, though I’m hoping their regular clashes won’t be written like Phyllis and Abby’s and thus become annoying. I’d be down for a romance between these two and expect Amanda’s connection with Billy could be the thing to make Lily take notice of him in that way.

The latest Abbott family mystery surrounding Dina isn’t grabbing me, especially with her offscreen. I think we’ve gone down this road exhaustively. Meanwhile, Jack’s conversation with Victor about Adam was…different…maybe they’re backing away from the Jack/Adam friendship somewhat? More Jack and Jill, please.

Y&R Fans Are Frustrated With...

The Game: Brittany Daniel, Pooch Hall Back for Revival — Who's Missing?