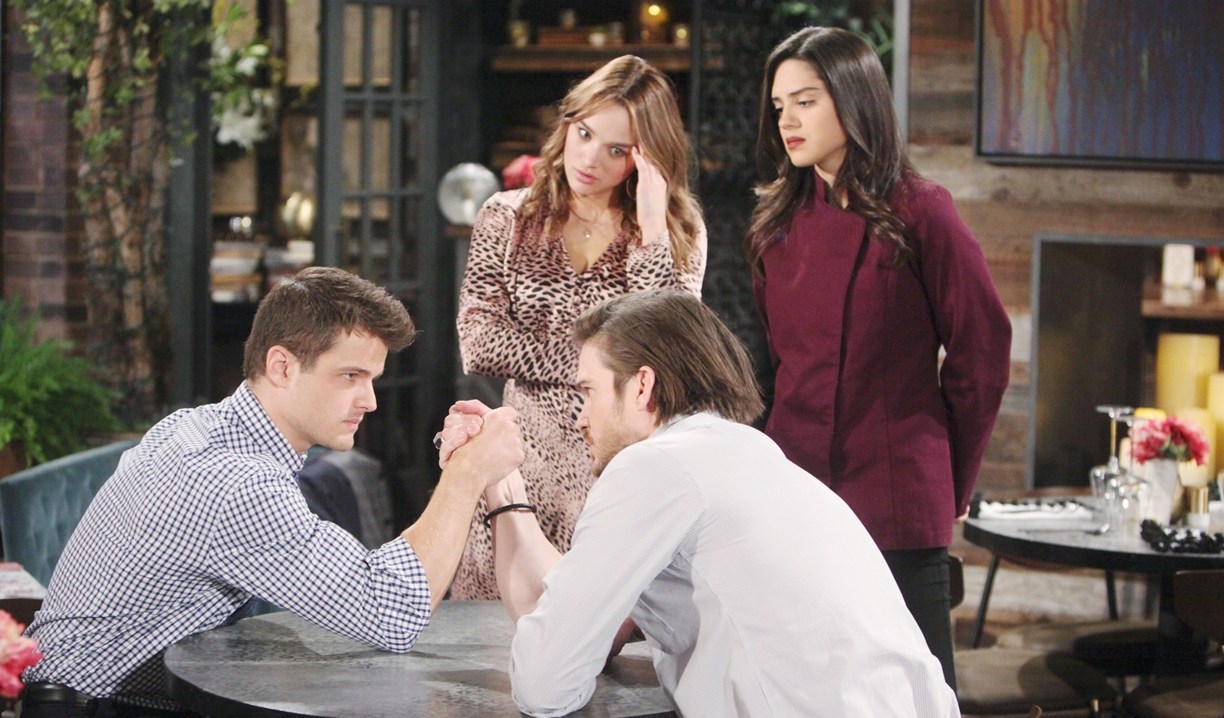 The look on Summer's face sums up how most fans felt about the Theo/Kyle feud. Credit: Howard Wise/JPI

While I was encouraged by the soapiness of Mariah and Lindsay’s hook-up, and dialing up the heat between Phyllis and Nick, I’m still being disappointed by Young and Restless. The ice storm was an improvement on the last storm, but still boring given viewers expect shocking events and big drama when something like this unfolds on a soap opera. Storylines are lacking in substance, depth, and direction to a degree that it feels we’re watching a series of plot points conceived to give characters something to do, and many Genoa City residents seem to have become sitcom or rom-com characters playing out superficial scenarios.

I see what they’re trying to do with Billy and Amanda but I’m still not feeling it as it seems the wrong time to try and sell Billy as a romantic figure. Unfortunately, he’s not been written as a bad boy with appeal, he’s just been written badly. While I’m all for Billy and Victoria being over, nothing about the situation was a good look for Billy, especially on the heels of JT’s abuse as Reed pointed out. Being an ass to Jack over Dina certainly didn’t help matters, neither does him sitting on a rooftop like a teenager who’s run away from home. Why would a smart woman like Amanda, who has just survived an ordeal with her ex, be interested in him right now?

Mariah cheating on Tessa with Lindsay then lying about it and digging herself an even deeper hole was the soapiest thing to go down on Young and Restless in a long while. It also made me hope Lindsay sticks around for more messiness as her self-assuredness is refreshing. I’ll be disappointed if this story is resolved inside of a week or two with everyone seeing everyone else’s point of view and all being forgiven as seems to be the trend lately on this soap. As it is, Tessa already disappeared.

Mariah cheats on Tessa, we got a 5 minute reaction before she left and she hasn’t been seen since. There is a storm in GC, these characters should be trapped in the same building. Where is the drama, angst and messiness? This is supposed to be a soap right? #YR

The beats go on

The beats continue to be played in Sharon’s storyline as Mariah and Faith opened up to one another during their talk and Sharon became very ill during the ice storm, which was just so hard to watch! Meanwhile, the cancer news is being shared, but slowly. Maybe Adam will find out by the time she’s cured. Sigh.

These Sharon scenes are breaking my heart 😭😭😭🙏🏾🙏🏾🙏🏾 #YR pic.twitter.com/YBU1jBDmBg

I love the emotion the Abbotts bring to any storyline they’re involved in, and Dina’s impending death is no exception, but I couldn’t help but feel like they’ve pulled this story back out now to give the family something to focus on. It’s just one example amid a growing realization that we’re watching a series of plot points that give the characters something to talk about, rather than ongoing storylines with depth and direction. In other Abbott news, Kyle and Summer ended up stranded with Theo and Lola at Society (of course they did) and I was truly missing the animosity that should have been there among these rivals. Summer and Lola making nice just irked me – no drama – and Kyle and Theo arm-wrestling had all the grit of an after-school special. At least we got a little Theo and Lola tease with the kissing.

Lauren and Michael getting ‘caught’ after having sex in the Chancellor Estate living room was good fun, but as with Chloe’s Braxton-Hicks contractions, and going back to when Michael bickered with Paul at Society, and Kevin revealed he’d found out they were having a boy in the coffee house, this group of characters is still only popping up to do these sitcom-style bits. They should be playing comic beats within a dramatic storyline, but they don’t have one. It’s a similar situation over at the Grand Phoenix where Abby seems to have become a rom-com character who juggles doing the damage control of the day with her love life. Some of it is quite entertaining – I mean, Abby and Chance breaking into Phyllis’ room and having sex in her shower was hilarious – but there’s not much in the way of substance to any of these stories. Another example is Phyllis, who trades comic one-liners and barbs with whoever, while fitting in time to support her friend Amanda, and flirting with her ex, Nick. Again, she has no real storyline, but at least when it comes to Phyllis and Nick, there is depth thanks to their history. The banter and build-up between them during the storm was done exactly right…by the time they finally kissed I was dying for it to happen. Well done.

In the previous Deconstructing Y&R, Devon’s money storyline was a letdown and this stuff with the clinic, while heartwarming, is a snooze. I was intrigued by Devon thinking of the child he would have had with Hilary, as it came on the heels of his interaction with Amanda.

This is just my opinion. Feel free to join the conversation using the comment section. 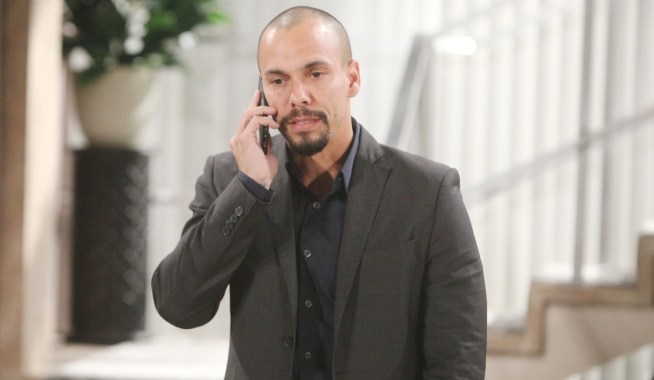 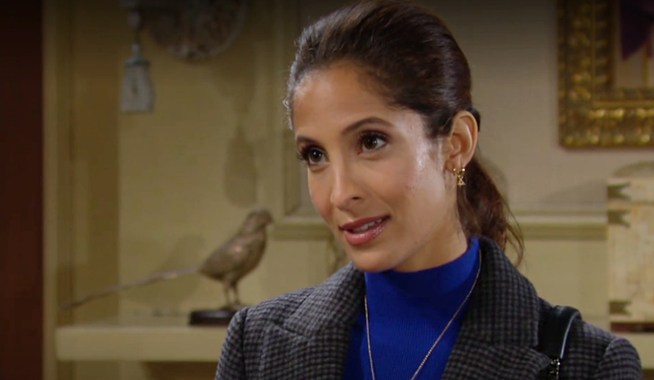