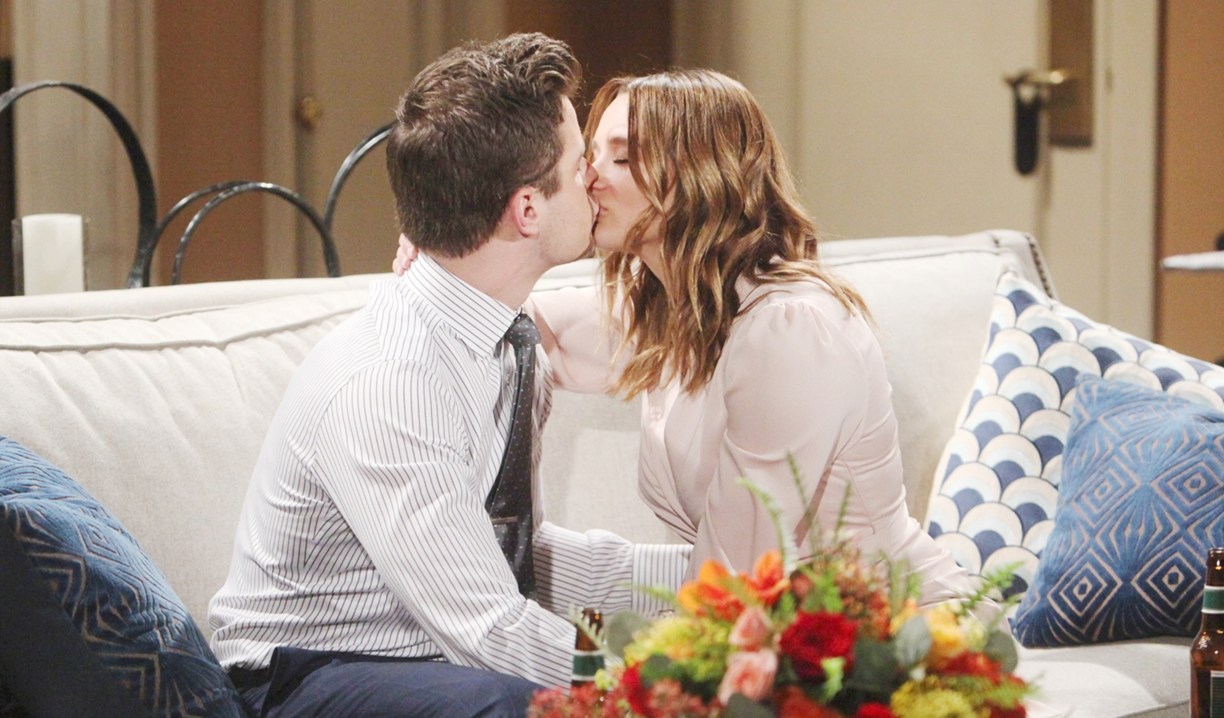 The Young and the Restless is taking baby steps to improvement and is stirring some anticipation again – Summer and Kyle even crossed a line! There are still plot points that don’t make a lot of sense, and the powers that be continue to cling to boring match-ups, but I’ve been able to enjoy the show a little more this week.

Anticipation for the Kyle/Lola/Summer/Theo situation to blow up continues to build as Summer kissing Kyle in San Francisco seemed to be a catalyst for Kyle taking a look at his marriage and whether he and Lola are truly happy together. The powers that be are doing a slightly better job of showing rather than just telling in recent episodes, though there’s still a lot of talk. Theo overhearing that something happened between Kyle and Summer, and Summer telling Phyllis she couldn’t sit back and let Kyle’s marriage implode on its own any longer were both promising developments. Summer and Kyle crossed the line with their kiss, and I’m ready for something to happen with Theo and Lola. I appreciate the glimpses you get of the genuine person Theo is when he’s around Lola and drops the façade he keeps up with others. In related quadrangle commentary, Summer’s impression of Theo was hilarious and spot on.

Summer’s impression of Theo has me ROLLING. 😂😂😂 How’d you not laugh @WTylerJohnson? #YR

While I didn’t understand Chance dating both Abby and Phyllis – just weird – and Abby sparring with Phyllis is an eye-roller, there have been a few good one-liners and I got a kick out of some of Phyllis’ antics. That said, she gives me a headache with the constant fishing expeditions about Vegas whenever she and Chance interact, I wish he’d just tell her already so we can move on. With Chelsea overhearing Adam on the phone whispering about the ‘target being on the move’, hopefully, it will come out soon. As referenced in the previous Deconstructing Y&R, Phyllis needs a storyline, but at least she did her part to liven up the Abby and Chance snoozefest.

Queen Phyllis had to cut their date short, but not before leaving Chance with something to think about. 💋 Abby who? 😂 #YR @YandR_CBS pic.twitter.com/Coid44MsSL

I’ve felt Victoria’s frustration and I loved the scenes with Victoria and Victor when he had her boxing, then held her while she cried. Billy’s battle with his inner self has been masterfully acted by Jason Thompson – his demeanor in the scenes where he and Victoria fought and he decided to leave actually made me feel distinctly uncomfortable, as though I was in the room absorbing the waves of tension coming off him. Sadly, the storyline hasn’t made sense and the drama seems to be all of Billy’s own making, which isn’t winning him any sympathy. In a poll of Soaps.com readers, the vast majority were either infuriated by his behavior or confused by it. Amanda bailed Billy out after his barfight but seems to have lost some patience with him as well. I’m ready to learn more about Amanda’s past now, especially since Christian Keyes was cast on Young and Restless as her ex, Ripley Turner.

Sharon’s storyline was a little more low-key most of this week, but we saw how difficult it was going to be to keep her cancer diagnosis a secret in Genoa City as both Nikki and Phyllis began sensing something was up. I always enjoy a good Phyllis and Sharon scene and the one at the bar in the Grand Phoenix was no exception with Phyllis on high-alert when Sharon wouldn’t indulge in the usual verbal sparring. Later, when Phyllis put two-and-two together her reaction was exactly what I’d hoped for considering their history. It seems Nick might have to spend time with Phyllis to ensure she keeps quiet, so maybe we’ll see them get closer. I’m sure annoying Abby will be right in the middle of it.

Adam and Chelsea looked very pretty together on their date at Society, but they’re boring. Adam Newman should be anything but that. Chelsea’s interaction with Nick during the date was inane – why was he warning her she was going back to the dark side by dating Adam, when he broke up with her so that she could go back to Adam? Make it make sense!

Put to the test

With the scenes on Friday’s episode with Mariah confiding in her old acquaintance, Lindsay, (played by Kirby Bliss Blanton), who was instantly irritating with all her advice, and Tessa living her dream life, it’s clear their relationship is going to be tested. 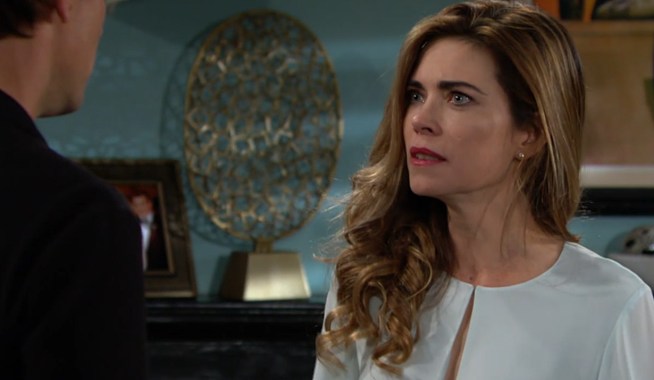 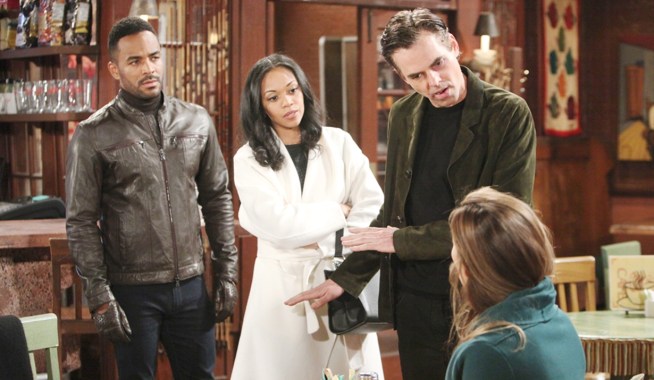