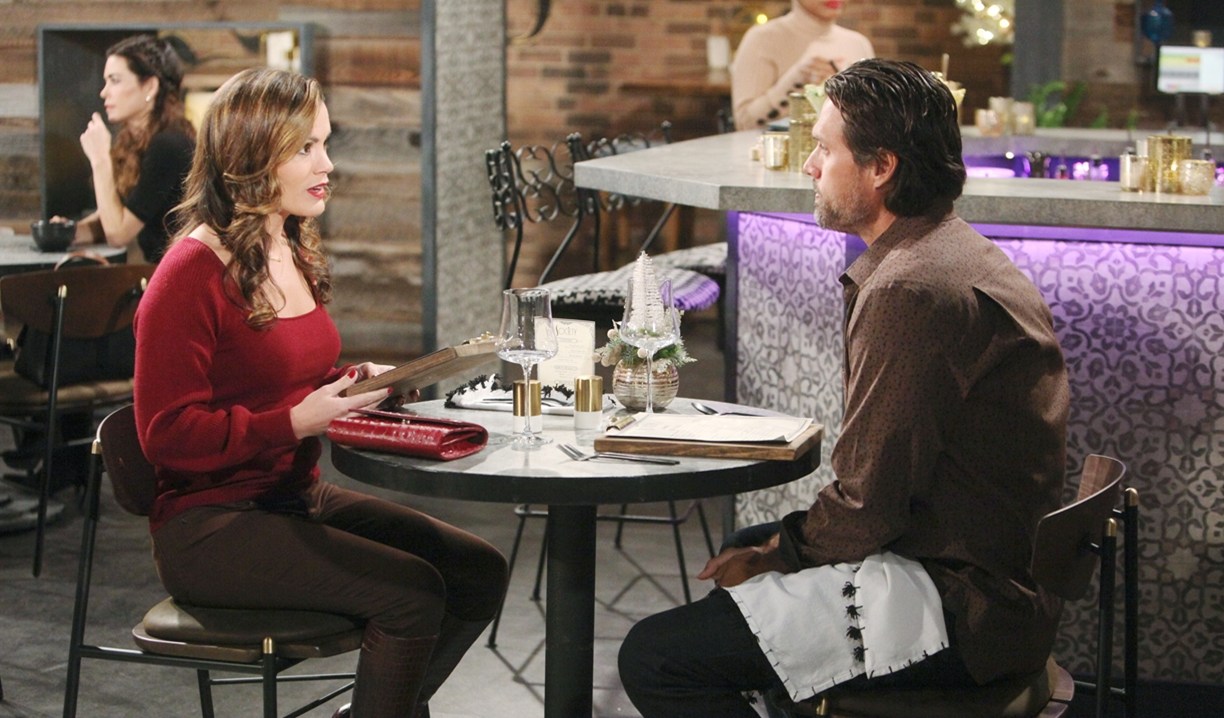 There were a couple of episodes of Young and the Restless this week that were so boring, repetitive, and/or slow that I was left feeling almost angry. What is happening? So many characters are locked into stories with the same talking points and dragging pace, so many plot points seem to herald a change or something positive or exciting coming down the pike, only to amount to nothing much, and there are few, if any, surprises. It’s discouraging to say the least. The situation building around Devon has been entertaining, and I have enjoyed watching some of the snarkier or emotional scenes between characters.

Back in the saddle

More musical jobs as Kyle is now back in as co-CEO after giving his father an ultimatum. Yawn. The only halfway intriguing development in all of this was in the foreshadowing of a possible relationship shake-up as Mariah issued warnings about Summer being single, Kyle celebrated with Summer, and Lola was the only person to ‘check in’ on Theo. Mind you, we’ve been seeing these signs for a while and nothing’s happened.

In the last Deconstructing Y&R, the twist with Abby’s purse spilling out the jewelry had me anticipating what was to come next. The answer, unfortunately, was another fizzle. Abby clumsily revealed her own scheme to set-up Phyllis, Phyllis had no idea (please), and Chance shrugged it off because he finds Abby cute. While there is some chemistry between Abby and Chance my interest is lukewarm. In finding positives, when Phyllis finds out what Abby did it should make for some drama. Meanwhile, Phyllis showed a glimpse of vulnerability with Summer then quickly returned to her brash self as she confronted and needled Chance about ‘what happened in Vegas’ – another storyline they need to get on with.

It was nice to see Victor making rounds this week and happily, he stopped by Devon’s to weigh in on the debacle surrounding Katherine’s will…it was past time for him to be involved. He also handed over a dossier on Amanda Sinclair, who is obviously hiding from the person she’s keeping tabs on known only as ‘he’ – maybe a stalker or dangerous ex. Anyway, with Devon being in a hot-headed state of mind where she’s concerned, I could see him inadvertently bringing on trouble by looking into things further. In positives, I think they’re doing a solid job still with the Devon/Elena/Nate/Amanda scenario, and Amanda connecting with Billy is a twist or possible complication. That said, ‘aimless Billy’ who talks to himself and to dolls in dollhouses and complains about his perfect life is weird and irritating. This is another plot point the powers that be need to take somewhere fast.

This billy monologue story is just odd, creepy and boring at the same time. And the Connor story is so repetitive! What is #YR doing?

If there was one part of Young and the Restless I could opt out of watching it would be the situation involving Nick/Chelsea and Chelsea/Adam/Connor. It was encouraging that Adam saw through Connor’s lies about Sharon (even though his hatred for Sharon makes little sense), and the creepiness can be fun, but I’m over the wheedling and whining, especially given how flat the rest of the storyline is falling. It’s dragging, repetitive and has made Adam Newman a bore. When Nick asked Chelsea, “I don’t know if I can keep doing this…can you?” I wondered how many viewers were asking themselves the same thing.

As this Connor, Chelsea and Adam stuff continues #YR pic.twitter.com/nSITNiA8V7 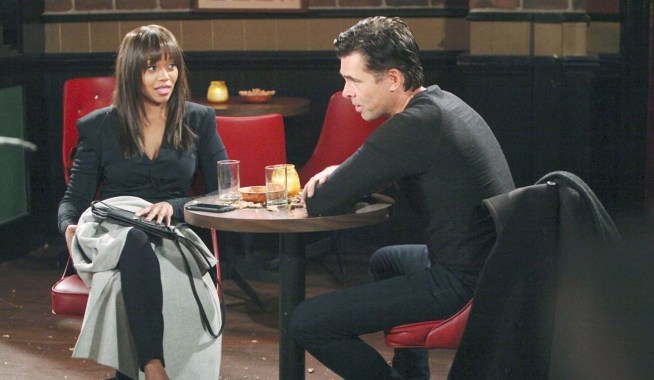 Deconstructing Y&R: The Soap Opera About Nothing 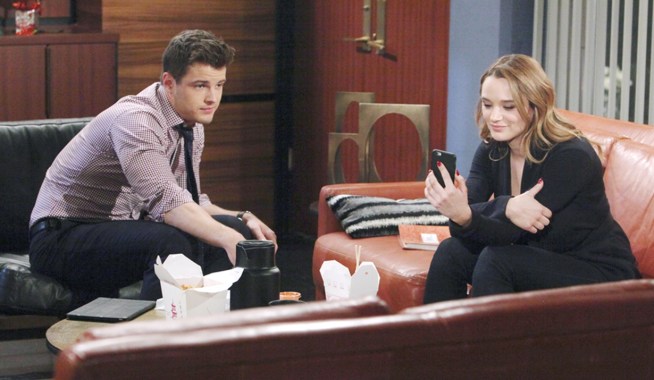