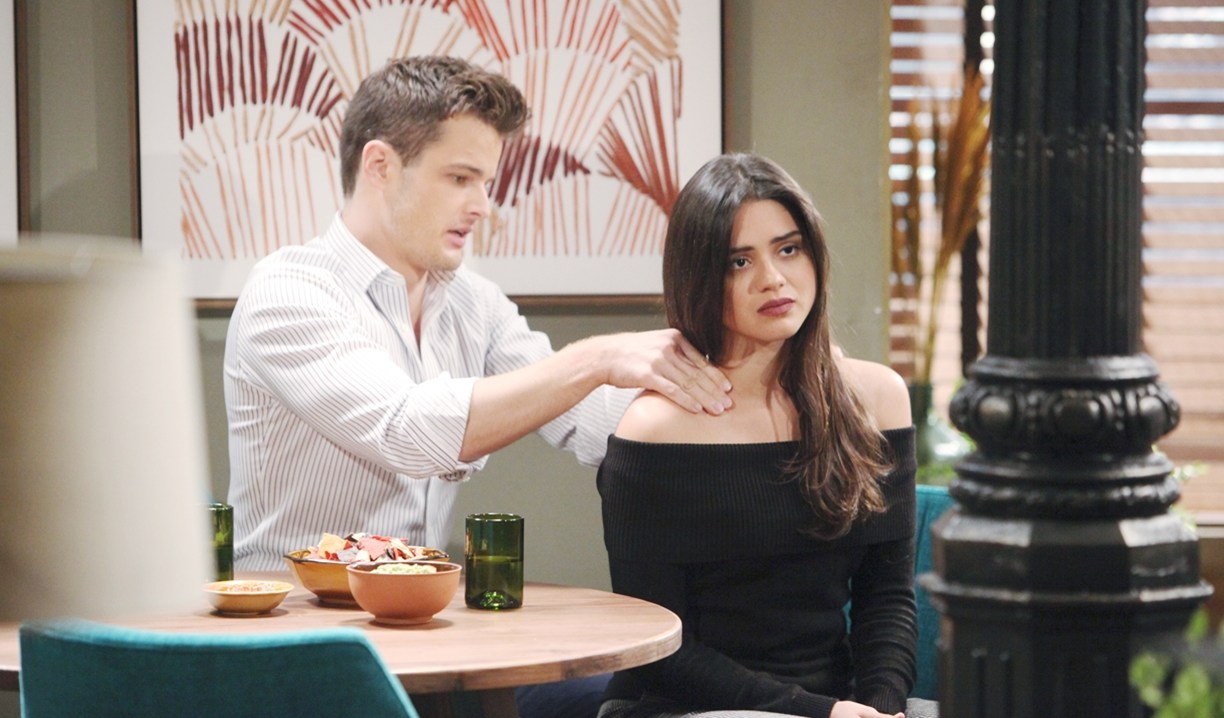 I’m feeling down on Young and Restless right now. The last Deconstructing Y&R, talked mundane pairings and watered-down rivalries – the clashiest offering this week was Abby and Phyllis, which is a non-starter as Abby isn’t in Phyllis’ league. Billy and Victor have made nice, Nick and Adam are being civil, Devon threatened to hit Cane, but it didn’t happen, and everyone’s gone soft where Chelsea’s concerned. The show lacks direction and energy while storylines and plots continue to fizzle and feel too ‘safe’. As Soaps.com’s editor Christine Fix noted, it just feels dreary. All of this and it’s November Sweeps…

I think something has to give at the Grand Phoenix as listening to Abby, Chelsea and Phyllis snarking at each other day in and day out is becoming headache-inducing. There’s no real story it’s just a mood, and not a good one. So much of the writing has seemed to surround who is going to work where, and I keep thinking once the powers that be have everyone where they want them we’ll finally get a story or some drama out of it, but so far no dice. Let me say it was a highlight this week to see some fun interaction between old flames Phyllis and Nick because aside from that she’s done nothing but skulk around.

Most Expensive Dayplayer: Michelle Stafford. Other than reverting Phyllis to her insecure roots, what was the point of bringing MS back? She doesn't have a story. Snarking and random trolling isn't a story. She doesn't have a love interest. She's just there taking up space. #YR pic.twitter.com/pBLNg9yEKl

Resigned to the inevitable

With Chelsea gravitating toward Adam, I’m resigned to the inevitable reunion. The mystery of what transpired between Adam and Chance in Vegas will likely be anti-climactic after the build-up, as was the outcome of Jill finding Colin. I loved seeing Colin and Jill interacting, but if they’ve done this will story only to end it with the new will pages being legit and to send Cane off into the sunset, it will be as disappointing as Devon being an accessory in his own storyline has been. With Nate and Amanda growing closer, Devon’s next story could be once again competing with a close relative in a love triangle or quadrangle. Speaking of Amanda, what’s with Devon shrugging off Hilary’s doppelganger?

Exactly! It makes no sense to me that Victor is the one to hire a PI and not Devon to look into Amanda’s story. Make it make sense. #TeamDevon #SMH #YR pic.twitter.com/ZodYPVQk00

As for NuChance, the character’s feeling a little ‘one-note’ and seems a little older than expected. The attraction between him and Abby hasn’t garnered much excitement. The character has history with Chloe – since they went to the trouble of bringing her back why not at least have them cross paths? We haven’t even seen Chance in the Chancellor estate, which he claims is over-crowded. Sigh.

I love a good scene with Jack being soppy, but I don’t entirely understand his devil-may-care approach where Theo is concerned. Though Kyle’s extreme feelings about Theo don’t make a lot of sense either, and Kyle’s whining isn’t his best look, is there a reason Jack wouldn’t take Kyle’s concerns more seriously? Is it supposed to stem from ‘guilt’ about his relationship with Dina? That’s another thing I don’t get in this rewrite – Dina was not a good mother to her children; she was selfish to the extreme. Why have they turned it so far around that Jack harbors guilt where she’s concerned? Argh. In any case, now Theo will be at Jabot with Kyle, so maybe something will blow up. I’m looking forward to Jack’s trip down memory lane with the memoir and I’m also glad he’s back in as CEO at Jabot. In related commentary, Billy Newman is making me feel tired. If ‘Epiphany Billy’ is another alter, let’s hope he gets up to some good shenanigans at least.

More: Ambitions episode 13, someone gets shot