Deconstructing Y&R: Soapy Excitement Has All but Gone Missing 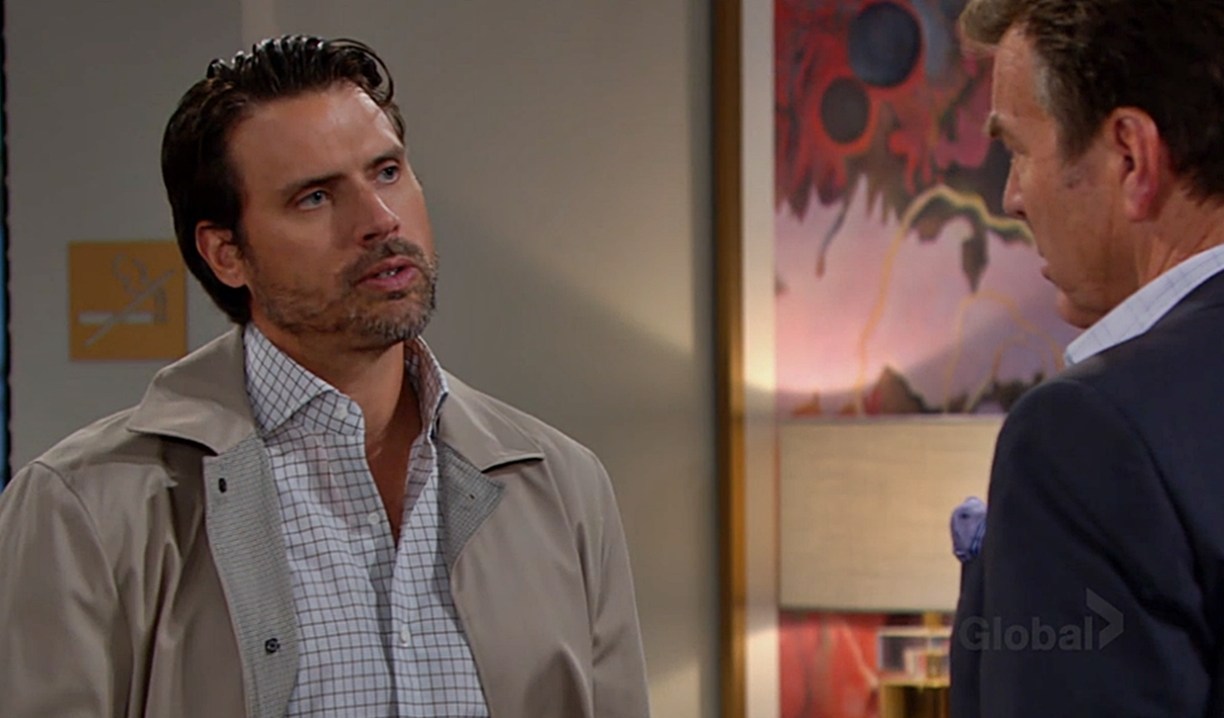 Going back over the week’s Young and Restless happenings and registering my reactions, they were mostly ‘boring’, ‘nice’ or ‘predictable’. This soap has been so unexciting that Chance Chancellor, (played by Donny Boaz), coming in on Friday, kicking the door in, and punching Cane had the effect of snapping me out of a stupor. As always there have been stand-out dramatic or emotional scenes and some funny quips and one-liners, but I remain starved for something big and soapy to happen. The show feels mired in dialogue and day-to-day minutiae and is forever locked in this cycle of ‘seems to be getting good’ that never really plays out into anything deliciously dramatic.

Nick’s campaign, Abby and Rey discussing Adrian, Sharon’s homework, Sharon and Rey…the list goes on of stuff that’s straight-up boring. Every time Nick starts talking about wanting to help the community I zone out. Sure, it’s cool to be reminded of the time Nikki and Jack ran for office, but it’s not exciting. While I love that Sharon’s getting her master’s degree, I don’t need to see it happening, and would much rather see her involved in drama as she’s supposed to be given this is a soap opera. Frustrating.

Mariah and Tessa’s one-year anniversary surprises for each other were nice and I always love a gathering, large or small. Though Kyle and Lola had been at odds off and on over Theo, they set aside that tension to help celebrate too. The set-up for a Kyle, Lola and Theo triangle is really becoming obvious, as I increasingly get the feeling Theo has set his sights on taking Kyle’s girl – whether it’s because he’s truly falling for her remains to be seen. Similarly, it seemed a possibility Theo could be manipulating the Abbott family, but the scene between Theo and his father showed where his head and heart were at, and I felt for him. I also choked up during Theo and Dina’s meeting previously. This story has my attention and as mentioned in the last Deconstructing Y&R, the Theo reveal created much-needed energy.

Riding to the rescue

With Adam calling Chelsea over to his penthouse for Connor and now a bad guy surfacing that he’ll no doubt have to save her from, the writing is on the wall for them to get back together. It’s been predictable since they both returned, and while they are a good pairing, better than Chelsea and Nick, being with Chelsea risks making Adam less interesting after the initial reunion feels wear off. Regardless, it will be interesting to see how Adam handles Simon Black, (played by Jeffrey Vincent Parise). In related commentary, I enjoyed the scene between Phyllis and Nick when she told him her fears about his run for city council; likely another sign of what’s to come.

Billy’s rants about Cane would appear to indicate he’s going to go down the split-personality road again, and it’s not appealing. In Cane/will-related news, the foreshadowing of Devon believing Tucker’s denial, Cane being on the verge of completing the paperwork for the money, and Chance’s sudden appearance, had me thinking that a con will be revealed in time for the fortune to stay with Devon. I’m in ‘waiting to see’ mode on what the punch was all about. I’m glad they’re slowly getting into Amanda’s story as part of this too, as it’s another element of the show keeping me engaged.

Jennifer Lopez ‘Never Loved Anyone’ The Way She Loved Ben Affleck: ‘They Look At It Like A 2nd Chance’

Mary Trump Calls Out Absent Meghan McCain On-Air, Says ‘The View’ Co-Host “Didn’t Have The Courage” To Face Her