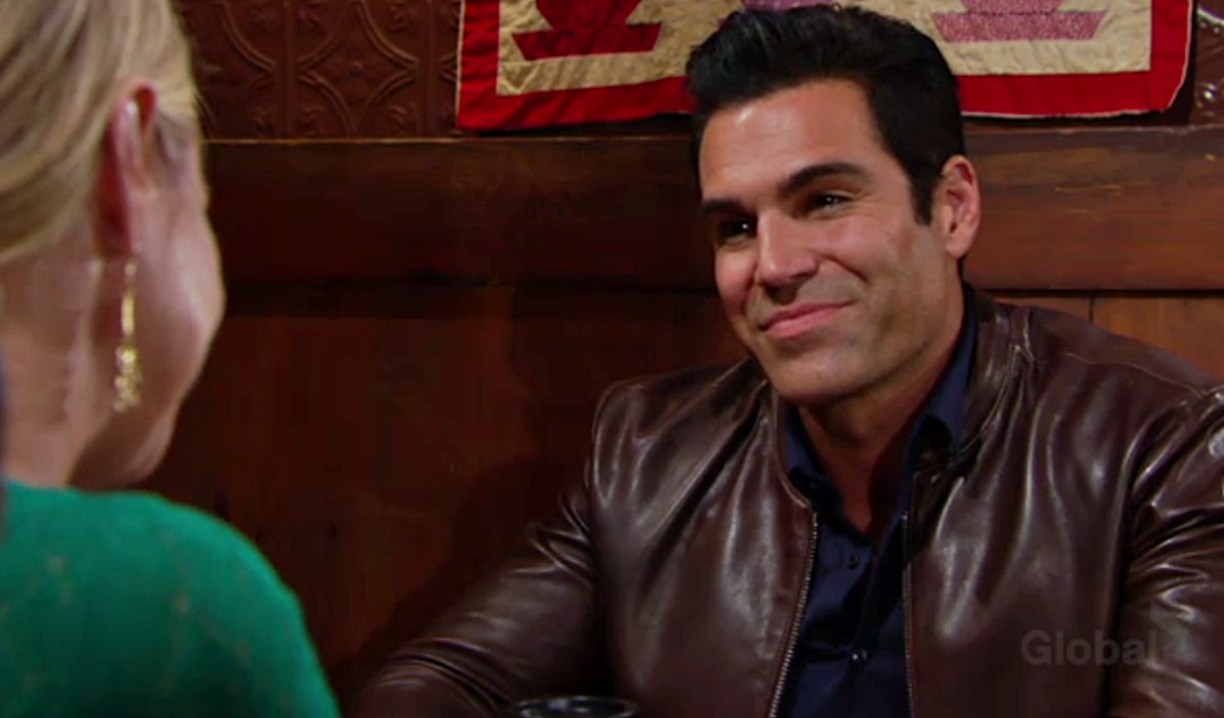 I’m not overly excited about any storyline on Young and Restless right now. In contrast, I’ve found myself trying not to miss an episode of Days of our Lives. Why? Because there is truly soapy stuff happening on a daily basis. I’ve thoroughly enjoyed certain clashes and scenes on Young and Restless, such as Victor and Adam baring their souls (brilliant acting), but overall it’s still lacking; I’ve come perilously close to recap headlines such as ‘Billy & Victoria Have a Picnic’ or ‘Phyllis Leaves Adam a Voicemail’. The show needs to be less safe, and more soapy, salacious, and shocking.

Phyllis having a go at the Newmans made the stupider elements of the fake death storyline somewhat worth it, as did the Victor/Adam confrontation, and all the women being cheesed off at Nick. Adam leaving town was another plot point that fizzled, however, as he’s no more gone for good than Victor was dead. Naturally, he turned up in Las Vegas gambling as Spider again, and you’d think that would be the first place Paul and Co. would look, but they were too busy infighting about Paul going rogue. Sigh. I’m not feeling Rey lately, or Rey and Sharon for that matter. Sorry, not sorry, Mariah. I know he’s the safe choice for Sharon, but I’m over safe. In related story, Kevin reclaimed his job at the police station and Chloe was hired at the Grand Phoenix, just in time to get pulled into another shifty scheme as Chelsea asked Kevin to wash her dirty money. It’s a little ‘been there, done that’, but this move did feel like a true ‘Chelsea’ reaction to Nick deceiving her and Adam angering her by leaving Connor. The problem is I’ve no investment in whether they manage to pull it off or not.

I don’t see how any of the claims about Katherine’s will could be proven if David Sherman’s dead and Tucker is unreachable, and the revelation that the ‘real’ will left her billions to Cane made it seem even more suspect. Given that Colin’s name came up between Cane and Jill, I’m thinking there’s an excellent chance he’s the one behind this con.

I think Colin is behind this mess with the will, but we shall see. #YR

Who all is involved, how Chance fits in, and how far this will go remains to be seen. Cane is going to Vegas to look for Chance, and I got a chuckle out of Phyllis tailing him as he made plans. Though this scam seems doomed to fail, it bears saying I don’t want to see Devon lose more than he already has. In the meantime, Devon’s admission to Nick that Amanda looking like Hilary was messing with his head, and his subsequent call to her asking to meet wasn’t surprising as I expected him to feel drawn to her. As the tension briefly eased between them as he asked if she’d like to hear about Hilary, it was evident their amazing chemistry is still there. This is one potential pairing and plot point I’m invested in – who exactly is Amanda Sinclair?

Soap in a soap

As noted in the last Deconstructing Y&R, a happy Jack Abbott is a rather boring Jack Abbott. It’s a lovely idea to write the Abbott family story and to keep Traci on the canvas, but I’m on the fence as to how compelling it will be. It could involve a bunch of flashbacks to ‘young’ Dina and John’s lives with the kids, which, given Dina’s affairs and so on, could play out like a soap within a soap. Jack and Traci flashing to real scenes from the past could also be fun. Either way, ideally, it will tie to the present time in some appreciable way (as with Cane and Traci in her novel) to drive story. Meanwhile, appointing Kyle and Billy to run Jabot together seemed like a recipe for disaster, but could be funny. Hopefully, they go the humor route as I’ve had my fill of angry Billy for the time being.