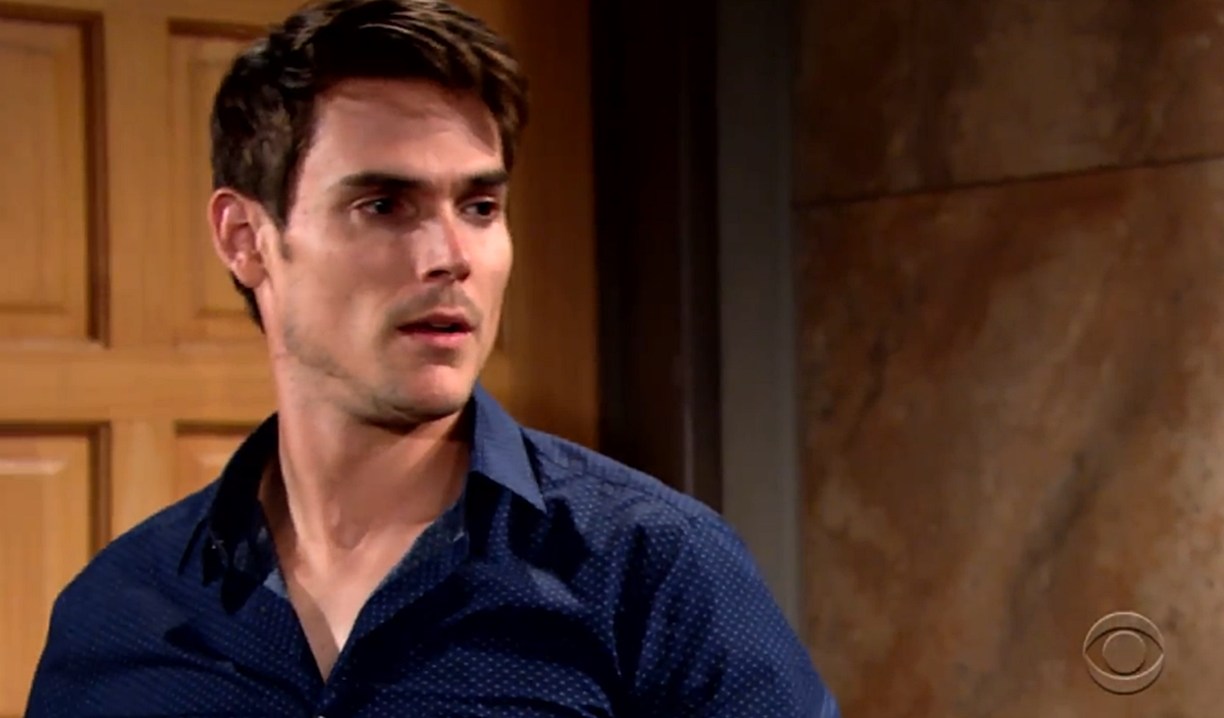 It was hard to know what to write about The Young and the Restless that wasn’t a repeat of last week’s ‘lackluster offerings’ sentiment, though things picked up near week’s end. There were a few twists, like Chelsea and Abby cutting Phyllis out, and Michael arresting Chloe, that created moments of drama, and people losing their temper and doling out threats is always fun, but there’s a problem with plots building to…well, nothing much.

In the last Deconstructing Y&R, Kyle and Theo’s big secret fell flat and that was followed by more disappointment when Theo showed up at the reception with Zoe and all she did was assure Kyle she didn’t hold a grudge. Really? Lola’s father also crashed the wedding and again it amounted to nothing more than a bit of tension. But, wait, there was Arturo trying to talk to Abby while Nate ran interference and…nothing. I can honestly say my favorite part of the reception was the frantic handing off of the bouquet which was genuinely funny, then sweet with Teriah. In related commentary, it was amusing that Adrian hit on Sharon, but I wasn’t interested in the Adrian and Celeste stuff. Moving to Kyle and Lola’s honeymoon, their visions of the future were adorable, but ‘cute’ is getting old with these two, if for no other reason than the sheer amount of airtime devoted to their cuteness. That said, it was interesting to learn Kyle still fantasizes about taking over Newman Enterprises (however improbable), which prompted a few calls for a new generation Kyle/Noah rivalry:

Theo vs Kyle is lame and there are no stacks since their secret was so awful. I say cut the cords & bring back Noah Newman to be Kyles rival. #yr

The intrigue surrounding Michael returning as District Attorney is compelling, and I enjoyed the scenes with Lauren grilling him about what he was up to. Billy, Phyllis, and Victor were all suspicious as well. With his first act as D.A. being to arrest Chloe (and get punched by Kevin), I’m guessing his plan is to remove Adam’s hold over them by revealing Chloe’s alive, then, as D.A., he’ll choose not to press charges against her so she’ll be free. After that, look out Adam! As for Dark Billy, I’m not feeling him obsessing over Delia every minute, years after the fact, and snapping everyone’s head off as a result. And as Phyllis helpfully pointed out, his attacks on Ashley were hypocritical. I also dislike the way Billy has been acting as though Adam took Delia’s life on purpose, especially since his own negligence is partly to blame. Young and Restless teasers indicate this will all become clearer, however, and if nothing else, Jason Thompson is playing the material impeccably.

Well, Adam proposed to Sharon, they have intense chemistry, and an engagement would have scandalized Genoa City, but again it was a build-up that led to a long-winded rehash of their issues and no result. I do appreciate Sharon being strong, and ugh, the way Adam acts when he doesn’t get what he wants…but I’m starved for something to happen. I suppose Chelsea and Adam seeing Nick holding Sharon after the fact was supposed to jumpstart this quadrangle, and some were drawn in, especially by the Adam/Sharon/Nick dynamic:

What occurred afterward seemed surreal though, as Chelsea gave Adam advice regarding how to get love, then later advised Sharon about Adam as well. What? This entire situation already made no sense! A twisted sisterhood indeed. Not that the scenes weren’t good; the dialogue between Chelsea and Adam and the banter with Sharon and Chelsea was amazing…but, yeah, Chelsea wanting to be with Nick over Adam and helping out with an Adam/Sharon pairing is unbelievable.

As predicted, Chelsea bought into the Grand Phoenix, and cutting Phyllis out unexpectedly turned the tables, but I never count Phyllis out and I’m hoping she’ll find a way back in. Phyllis’ reaction was too funny as she gawped, “This bitch?!” Without Adam and Phyllis’ involvement in the Grand Phoenix there is far less appeal, and Chelsea and Phyllis clashing could be interesting. Also, might Phyllis and Adam team up to take down Victor? I’m almost afraid to hope for something that delicious to happen, but they’ve ended up with the same goal – to take everything away from Victor. I thought the scene with Adam watching Nick, Victor and Christian in the park was well-timed – just when the powers that be have us thinking Adam’s a hopeless jerk, we are made to feel his vulnerability and pain.

While I like a good pot-stirrer, Theo’s become a bit tiresome at this point. However, there could be potential in his working/clashing with Mariah, as she needs to have something else going on. We’ll see.