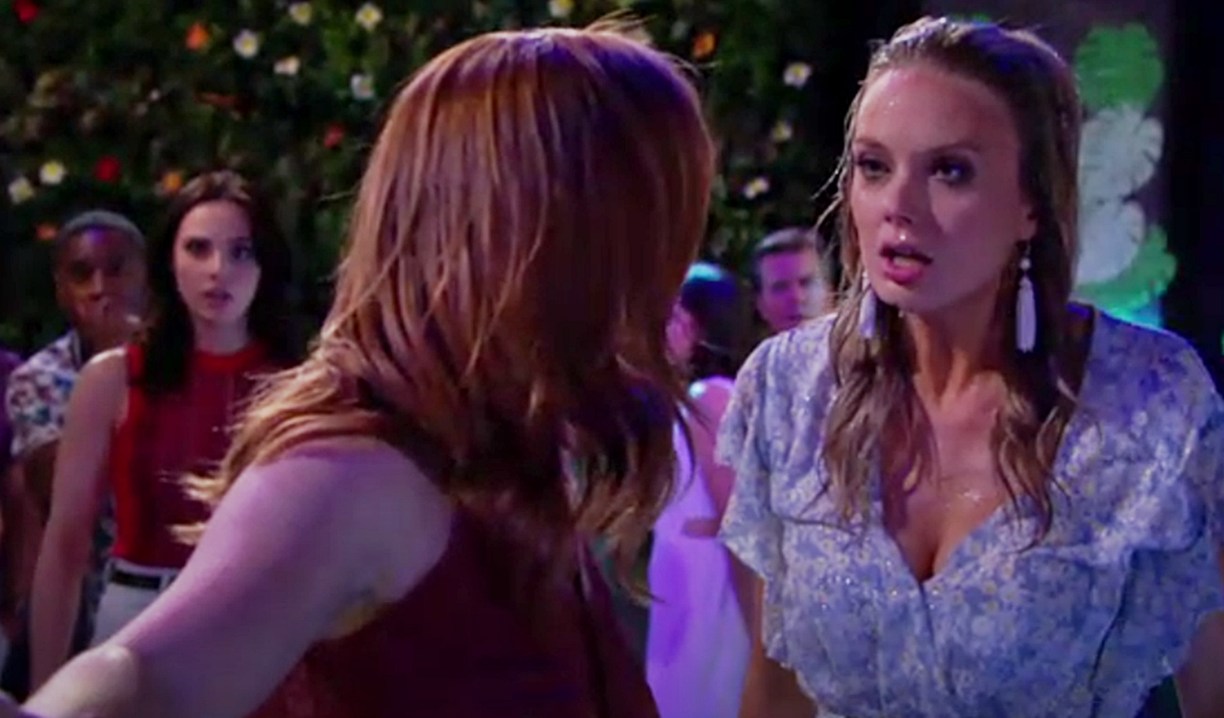 I’m still relatively bored with The Young and Restless as I’m not connecting with the ‘do-over’ storylines or many of the pairings. For several of the couples that are together, it seems like the powers that be don’t know what to do with them, so while they may have chemistry, the material is lacking and really going nowhere. On the plus side, I did enjoy the messy bachelor/bachelorette party shenanigans this week.

The last Deconstructing Y&R looked back on Michael Baldwin’s history to get a feel for his ‘dark side’ that was supposedly set to re-emerge, but nothing much has materialized there (aside from disposing of Adam’s leverage over the judge) as he essentially continued to do Adam’s bidding. I’m not opposed to the plot point of Michael returning to the D.A. position, however, given that he left that office to be a better man for his son, both Lauren and Fenmore have been glaringly absent from weighing in on the decisions he’s making. As for the custody case itself, the powers that be can keep it. I could go on for half an hour about the things that just don’t make sense in the Chelsea/Adam/Sharon/Nick storyline, and while a quadrangle is preferable to a Chelsea/Nick/Adam triangle, on the whole, it’s not engaging me because the outcomes seem so predictable. On a positive note, the scenes between Sharon and Adam are loaded with chemistry (whether they’re having sex or not) and it was fun to see Anita again, though I had to wonder why she’d turn down $1 million dollars. Perhaps she’s on Adam’s payroll? She sure wasted no time pushing for Chelsea to be with Adam over Nick. Connor’s reunion with his dad was also moving. In related commentary, with Phyllis careening around town unsuccessfully trying to secure an investor and with Chelsea at a loss as to what to do with her money, I wondered if they’ll form an unlikely partnership.

Trouble in the air

Phyllis and Theo bonded a little more early in the week, and there’s definitely a contingent out there hoping they’ll hook up. I’d like to see it, just to see the you-know-what hit the fan.

I need Phyllis & Theo to mix it up – define that however you'd like #YR pic.twitter.com/VhXLSrn4UC

I want Phyllis to climb Theo like Mount Kilimanjaro #YR

Speaking of Theo, he clearly attended Kyle’s bachelor party aiming to cause trouble and so he did. While the change in his attitude toward Kyle makes zero sense and the New York stuff came out-of-the-blue, I’ll take their clashes because I like seeing Kyle on edge and because I’ve been bored. In fact, I enjoyed the whole bachelorette/bachelor party just because it was such a mess. Thanks Mariah! Of course, the other pair who squared off at the party was Summer and Abby. I felt like this was a long time coming, and, notably, Abby’s been particularly sour and stompy lately. From sending Nate mixed signals to getting her nose out of joint about Mariah planning the party (did she forget she already threw Lola a bridal shower?), to her snarky attitude toward Summer, whose husband she slept with, she’s been a little ‘extra’. The insult exchange between Summer and Abby, ended up with water being thrown, followed by Mariah and Tessa refereeing a full-on catfight…loved it. The main takeaway from the party was that whatever happened with that 17-year-old in New York is going to come back to bite Kyle in the butt…it’s just a question of when.

The writing’s on the wall

I can’t say enough about Jason Thompson’s performance as Billy continues to be haunted by the doll, dreams, and the writing on the wall, I just wish I was more into the story. This made me laugh though:

How many times is Billy going to rip off that damn wall paper? I'm sure Esther or the maintenance man is getting pissed! 😂 #YR

It’s interesting that they have Billy confiding in Sharon. Is anyone shipping Sharon and Billy? Vote!