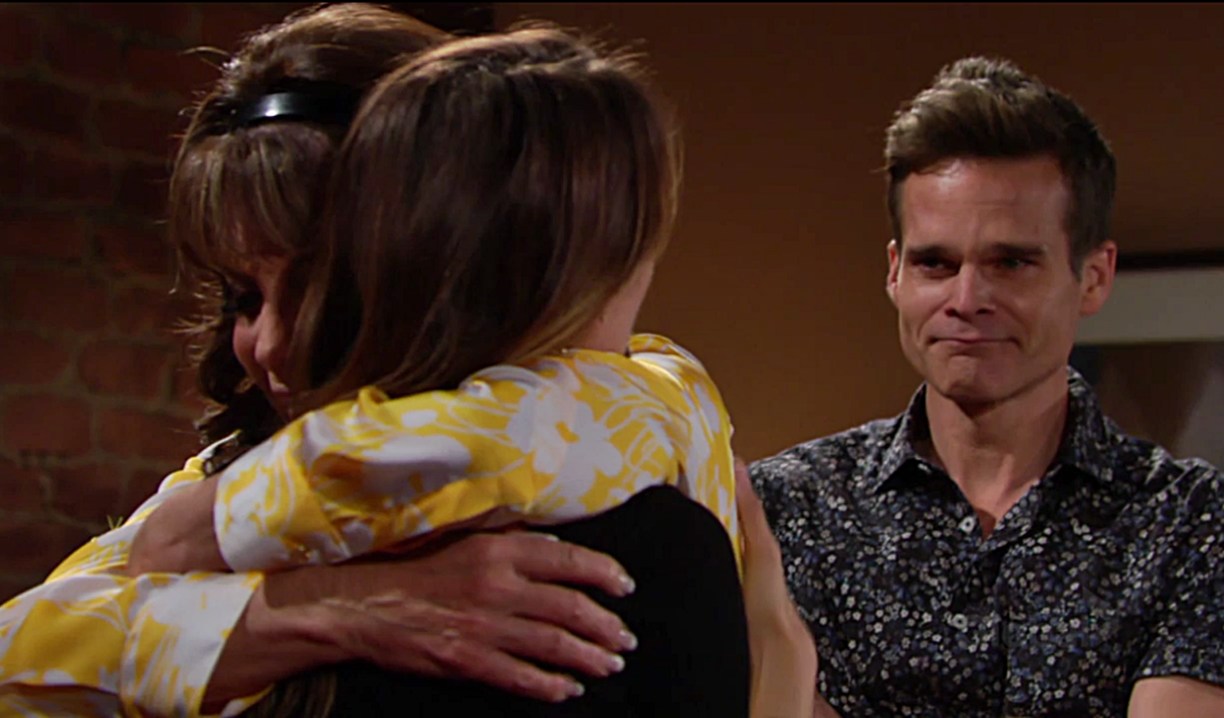 In the last Deconstructing Y&R, I was on the fence about Traci and Cane. I want to love this; get caught up in this, but it didn’t happen with the kiss. Traci’s crush is adorable and everything she’s feeling is evident in her expressions and mannerisms, but so far, I’m still not getting that ‘zing’ or building anticipation about them as a pairing. I’m all for Traci going for it, but to buy them as a couple the chemistry has to be there and Cane’s transitioning feelings, given the role Traci’s played in his life, would have to be gradual and believable.

I’m enjoying Victor’s life-threatening soap opera illness, which is not only bringing out vulnerability in him but has made for some excellent scenes with Victor and his children, and between the Newman siblings. It’s intriguing that the powers that be will have Victor at a diminished mental capacity with Nick and Adam’s custody battle brewing. In related drama, both Victor and Phyllis have the goods on Adam fraternizing with Chance Chancellor in Vegas – here’s hoping he actually materializes in Genoa City – and Phyllis decided to take the job running Dark Horse, which also made for some delicious scenes – namely Michael finding Phyllis in the CEO chair, Phyllis busting into Jack’s office to share her news, and Phyllis and Sharon’s snark session. With Michelle Stafford teasing Phyllis’ secret plans, I have to wonder if she’ll use the information about Chance and her new position at Dark Horse to somehow turn the tables on Adam at an opportune time.

Kevin and Chloe were finally reunited and while they’re not a favorite pairing of mine, I enjoyed Adam and Chloe baring their souls to one another and loved the added shockers of Chloe revealing she was alive to both Esther and Billy. Kate Linder and Jason Thompson both rocked their reactions! I was brought to tears when Esther turned and saw Chloe, and Kevin was crying. The reappearances of Chloe and Chelsea made for some very satisfying dramatic moments and there could be more to come as Jessica Collins teased a possible Young and Restless return. Could Avery Bailey Clark be coming back to be someone’s attorney? Viewers reacted to the reveals that Chloe is alive:

Oh Esther. Esther. This moment….whew. I need a Kleenex. #YR 😭

I’m still disappointed with the mamby-pamby dialogue for Mariah and Tessa. When recapping I’ve lost track of how many times I’ve used the phrases ‘Mariah reassures Tessa’ or ‘Tessa gives Mariah a pep talk’ or some variation thereof. I love the interjection of Ana into their orbit but give them all a storyline they can really sink their teeth into. In related commentary, Devon and Elena’s latest roadblock is Hilary’s spirit lingering both in his mind and in the penthouse. I was seriously choked up when Devon told Ana and Nate about watching Hilary’s episodes to see her smile and hear her laugh. Once he deals with Hilary’s memory, what will the storyline be then for Elena and Devon? Maybe Hil’s long lost twin will arrive to stir the pot. You never know! I’d love to see it.

Lola’s mother, Celeste Rosales, arrived in Genoa City just in time to be awkward at the bridal shower. I’m worried I’m not going to like this character if she’s a man-hater and a meddler, but we’ll see. While Summer elected not to make trouble at the shower, this bachelor party being planned for Kyle by Theo might be another story. I feel like it’s a set-up for something bad to happen.

Those are just a few of my opinions about this week. Please feel free to share your own!