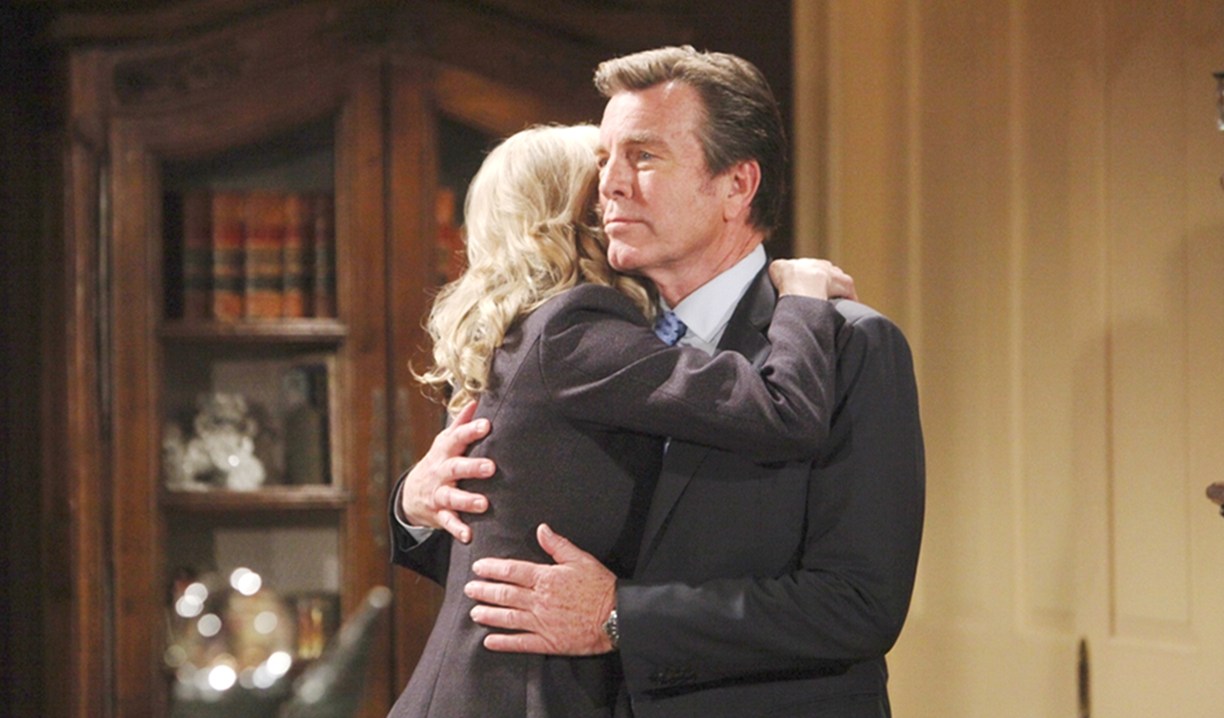 The Young and Restless is sporting a darker, more somber undercurrent, one that I’m not especially a fan of, though it was not unexpected with this regime. More than once this week I’ve heard the ominous music cues leading into a scene and felt put off by it. The lighter offerings, couples such as Kyle and Lola, Abby and Nate, Devon and Elena, and Mariah and Tessa are getting romantic scenes that have ‘moments’ but verge on boring because they’re all being so…nice. That said, the emotional drama was well-done this week with both Neil’s will reading and the Abbotts moving Dina to a facility. Thoughts:

While there were a few things one could nit-pick about the will reading, I felt the appropriate special attention was given to hit the right notes emotionally and to do justice to Neil’s character by recognizing the things that were important to him. Leaving Cane his forgiveness was questionable, however. Unless Neil knew he was going to die and had revised his will very recently, this wouldn’t have been a thing. Lily pausing to catch her breath outside the door and Devon tearing up to the jazz record and slow dancing with Elena after the fact were nice touches.

I bawled my eyes out in the scenes with the Abbotts moving Dina into a facility. It was well-written and realistic, and hit home for anyone who has experienced this in their own lives. Most importantly, the actors, as always, hit it out of the park with their exceptional, emotional performances:

The Abbotts never disappoint when it comes to this material. The only part that felt slightly off to me was the interjection of Tessa into the story. We get it, she’s a nice person despite her transgressions, but stop selling it so obviously. In related, I was on vacation, but it appears Mariah’s stalker story was addressed inside of a week and Tessa parted ways with Ana and will likely perform at Society now. Sigh. Mariah also considered a career change and I realized I wasn’t especially excited about her as she’s been so focused on Tessa – she’ll probably decide to become her manager. I was glad they finally got an intimate scene but this storyline/pairing needs a jolt of some sort.

Adam continued to butt heads with his suspicious siblings until Victoria took a different tack and handed over Chelsea’s contact number in hopes of getting rid of him faster. I expect it won’t turn out as she’s anticipating – the celebration she shared with Billy may have been premature. Speaking of, I wanted to like the sexiness of them getting it on in the car, but I still can’t get there with this pairing. Meanwhile, Nick hired Rey to watch Adam, who sweet-talked Sharon into calling Chelsea for him, even as Nick was warning Rey of his brother’s persuasiveness. This should be interesting as Adam will no doubt become an issue for Rey and Sharon. At least until Chelsea’s on the scene. In last week’s Deconstructing Y&R, we shared 20 things to know about Chelsea Newman. On Friday, I loved the double sex scenes with Adam dreaming of throwing Sharon down on the sofa while Rey was actually throwing her down on the bed, and later was surprised Chelsea called Sharon back, considering she assaulted her before running from the law, but it is what it is.

Wow I loved fiery Lauren putting Phyllis on notice – excellent scenes between these two. Phyllis’ actions are likely an indication of the character reverting to more of a scheming loose cannon again in anticipation of Michelle Stafford’s return to Young and Restless.