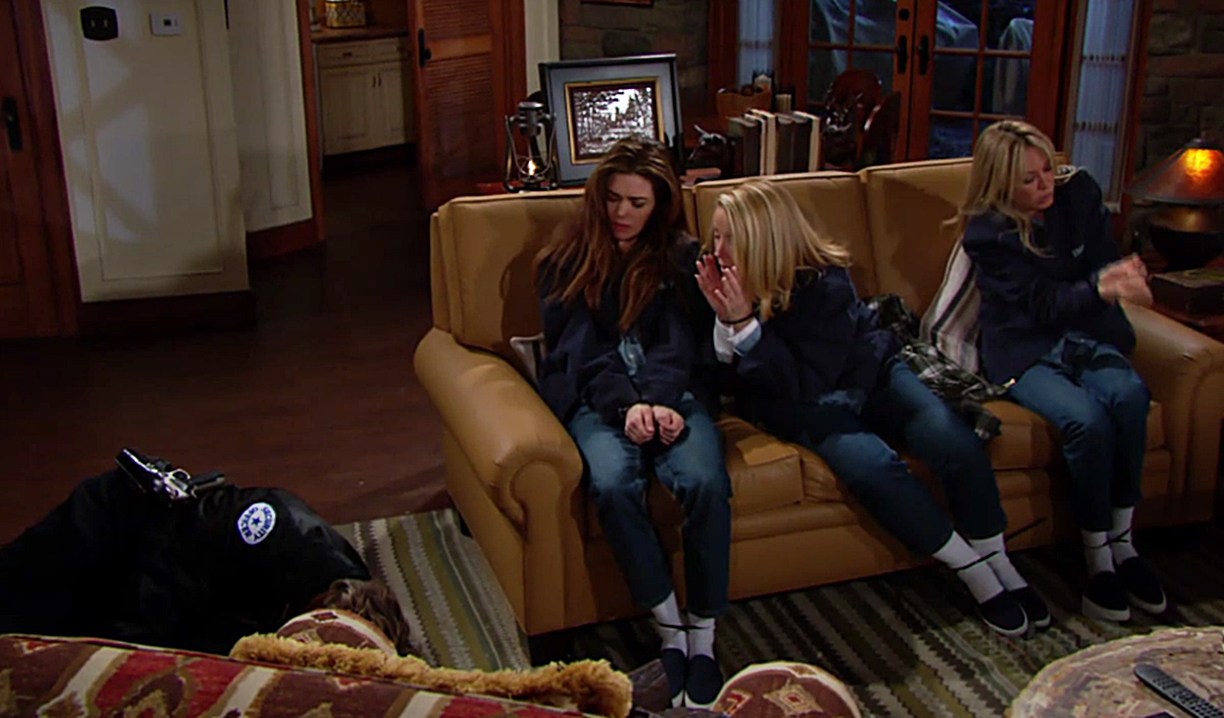 Young and the Restless is pre-empted for March Madness basketball this week on Thursday and Friday, but packed a lot into three days as Lola and Summer had surgery, there was a revelation about Arturo and Mia, the JT storyline began to conclude, we discovered Ana’s secret, and we had a tease of Doug Davidson’s return as Rey received a call on his cellphone from Paul. Thoughts:

In last week’s Deconstructing Y&R, Summer and Kyle having sex created soapy potential, but that situation was left in cliffhanger mode as the transplant surgery had to be dealt with before we could proceed to the love triangle that’s bound to ensue, and viewers were left in the dark as to what ‘complications’ Summer may have had during surgery. In related commentary, Arturo was outed as a huge hypocrite for coming at Kyle for his disloyalty when all along he knew he’d had sex with Mia behind Abby and Rey’s backs. Of course, this led to speculation about whether Mia, who faked a pregnancy to keep Rey (and stay out of jail), might actually be pregnant with Arturo’s child. Again, very soapy.

The JT storyline is coming to a conclusion at long last. There was plenty of tension and some (possibly unintentional) comedy as Nick and Billy were completely outplayed by JT and thus were self-importantly divulging their ‘bait’ plan into the listening device at Victoria’s house, while JT was actually knocking out Nick’s rent-a-cops and terrorizing the women at the cabin. Rey wasn’t too swift either, holding a meeting with Nick and Victor at the GCPD right under Christine’s nose. Phyllis, meanwhile, was quick to see through Billy’s subterfuge, and unsurprisingly, was able to follow him, undetected, to the cabin. Inside the seemingly soundproof cabin, JT and the women hollered at the top of their lungs until he collapsed from some unexplained head pain (maybe from ‘riding’ through the sewers), as Billy and Phyllis bickered, oblivious, outside. The women’s hands and feet were bound together with zip ties, but I couldn’t fathom why they couldn’t simply stand up and hop to the door after JT passed out and instead sat there screaming at him to wake up. Ah well, that wouldn’t be as soapy as the unlikely posse of Billy, Nick, Phyllis, and Victor busting in, which presumably will happen on Monday. Anyway, as glad as I am that the storyline is wrapping up, the appearance of JT would have had more impact had Young and the Restless kept Thad Luckinbill’s return a secret and not shown JT in the weekly promo. Just saying.

Devon finally learned Ana’s secret, and it wasn’t what I’d have guessed – it turns out Yolanda hooked-up with an R&B star back in the day, and Ana has been funding her ailing father’s treatments. I’m expecting Jett Slade to be cured in a New York minute once Devon convinces them to let him help, and in the meantime, it looks like Slade’s nurse niece, Elena, may be the person who helps heal Devon’s broken heart. Fans shared their first impressions of the potential pairing:

#YR I’m genuinely excited about Elena’s intro. Seeing Ana get a dad was an unexpected delight. I saw chemistry btwn Devon & Elena immediately so I can’t wait to see where that goes! I wonder how long Jet is gonna stay and what’s he gonna do? I’m lookin forward to the future. pic.twitter.com/9F3tHLmMn3

Me looking at y’all build up Devon & Elena like it was something big and magical. I didn’t see a thing that had me half as lit as half of y’all 😂 maybe in more episodes but in this first encounter I didn’t feel immediate chem like with him and Hilary. #YR pic.twitter.com/tW4SRbiRcc 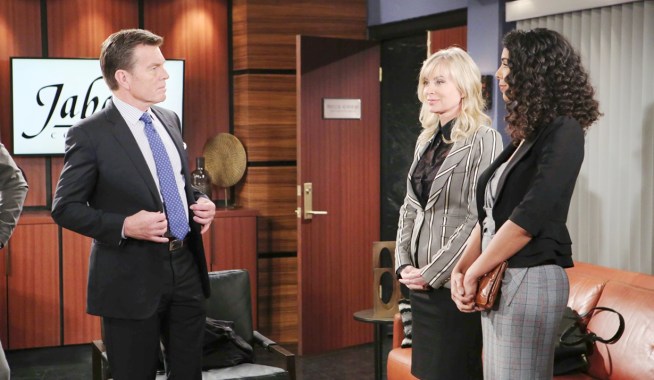