Deconstructing Y&R: Arrests & Attacks Made for a Messy Valentine’s Day 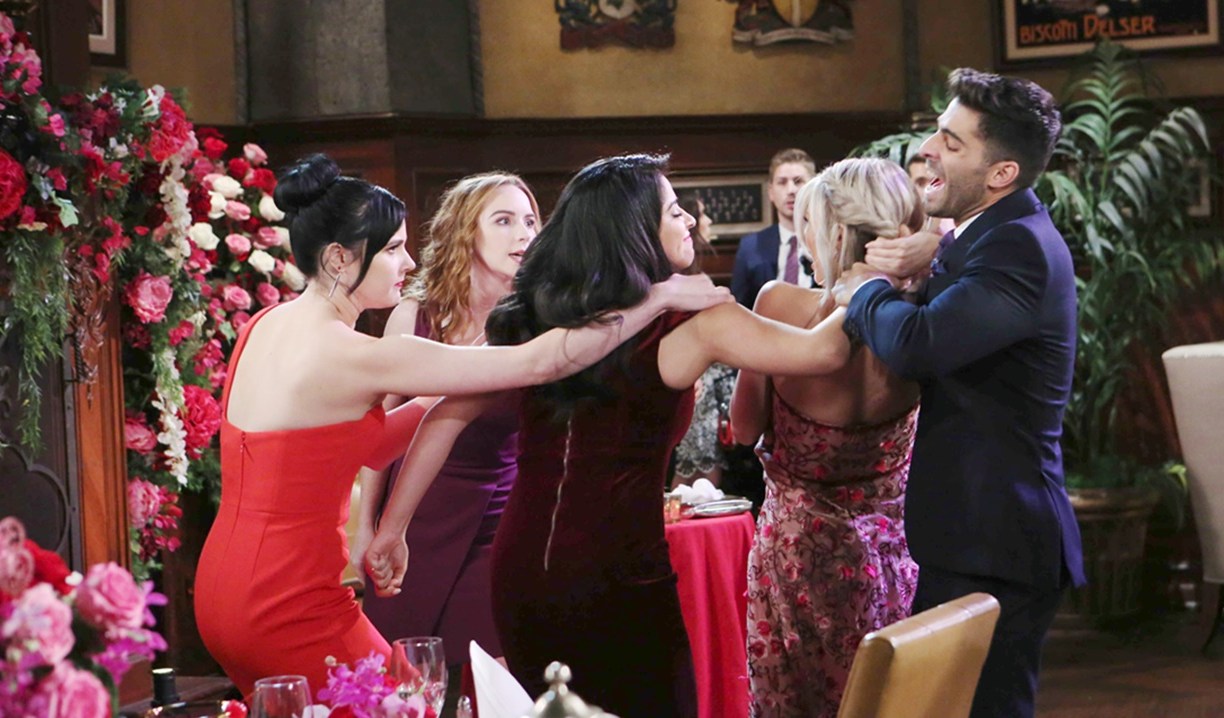 Well, there’s been an appreciable amount of drama given that it’s February sweeps, but I’m finding the writing on Young and the Restless has become a little thin toward the end of Mal Young’s tenure, with questionable choices all over the place. Thoughts:

In last week’s Deconstructing Y&R, we remembered Neil Winters’ storylines and there wasn’t a lot on his family members this week, aside from Devon being persuaded by Summer and Ana to give the disrespectful Fenmore another chance. I wasn’t feeling any of this – savvy Devon wouldn’t have been taken in by Summer’s wheedling tale, it wasn’t even a decent excuse for Fen not communicating why he was delayed, and given how he behaved, I wasn’t rooting for him anyway. Over at the Ashby’s, Cane teared up over a video Charlie and Mattie made for Lily that was sweet but bizarrely childish.

If Mattie and Charlie are to stay on the show, they need to start being teenagers. Tomorrow’s “fairytale” shtick is embarrassing. #YR

The week kicked off with Nikki confessing to killing JT but embellishing her story. We got some entertaining scenes of Phyllis, Victoria, and Sharon trying to work out how to handle this latest development. Playing into this situation was Rey very conveniently zeroing in on one line on Sharon’s phone bill – the 911 call from the night JT showed up at Victoria’s – and peppering her with questions as she tried unsuccessfully to use his declaration of love to dissuade him, before finally cracking. This couldn’t get out in the open fast enough for many viewers as it had dragged on forever, but happily, the wait didn’t ruin the soapy goodness of the women being taken away in handcuffs. In related thoughts, perhaps Paul Williams will turn out to have been the person in the wall baiting the Newmans, which led to the truth coming out.

Switching gears back to Rey professing love to Sharon immediately after Mia blurted Arturo’s name during sex, I could accept Mia’s slip up given that she’s messy, but the idea that Rey and Sharon are in love was too much of a stretch. I didn’t feel it when they said the words, and I haven’t seen anything playing out onscreen in the lead-up to this to make me believe it’s more than mutual admiration and attraction. As for Arturo and Abby, Victor’s take on the guy foreshadowed that he could be using her, but not even that gave me a flutter of anticipation – it would merely be par for the course for Abby’s relationships, and Arturo’s been as much of a boring sap as Kyle’s been with Lola lately. Arguably, the most interesting thing about Arturo and Abby has been her run-ins with Mia. As for Lola, it still blows my mind that Mal Young took this feisty and confident character who caught on with viewers immediately and wrote her into the ground. Worse, she took Kyle down with her as he lost the drive and edge that made him a favorite. If it was an attempt to make Summer, or Summer and Kyle, more appealing, that was a fail too, as she remains an annoying stalker and frankly, a bitch – not in the fun way. It’s no more entertaining watching Summer obsess over Kyle than it was watching her do it with Billy.

If a woman followed me around the way Summer does Kyle, it would be a massive turn off. She’s like a walking straitjacket. #YR Plus, sleeping with my uncle would land her in the no go zone….

I appreciated Nick and Phyllis’ Valentine’s Day round of strip trivia because it was sexy, but they wouldn’t top my list of fave pairings – actually I don’t have a list at present, which is also a commentary on the state of the show. Though it’s nice to see Jack have some happiness, I’m not overly excited by his romance with Kerry, and Tessa and Mariah looked good, but spent their celebration raking over Nikki’s confession, refereeing, and giving advice. Obviously my favorite Valentine’s Day happenings were less-than-loving – such as when Kyle called Lola out at the cabin after she hollered that she didn’t want drama, and he asked, “Then why do you cause so much of it?” Perfect! He was also angrily blunt with Summer, who absolutely deserved it, and that was as satisfying as all get out. Abby and Mia’s catfight in the Club was a hoot – awesomely messy, and the ending with Lola being attacked (presumably by a drunk Mia thinking she was Abby) made for a dramatic cliffhanger. 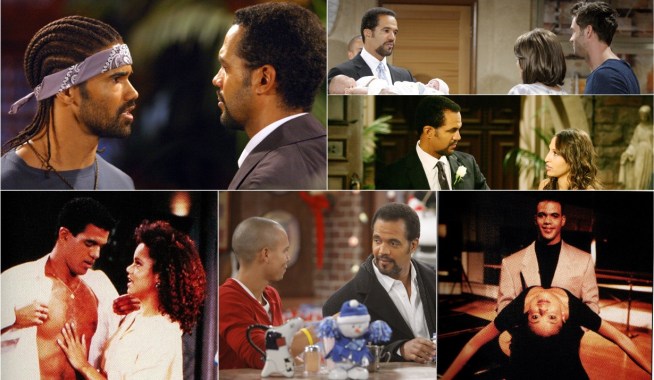 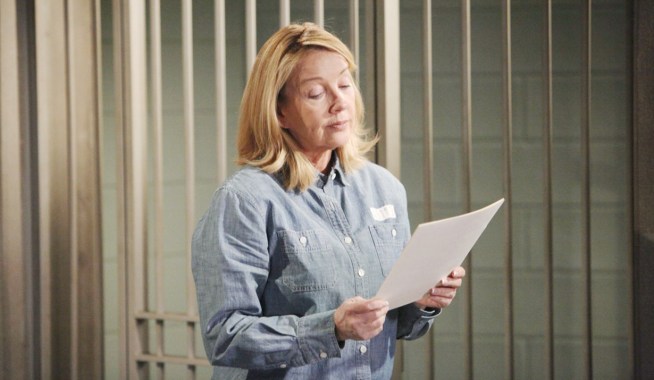