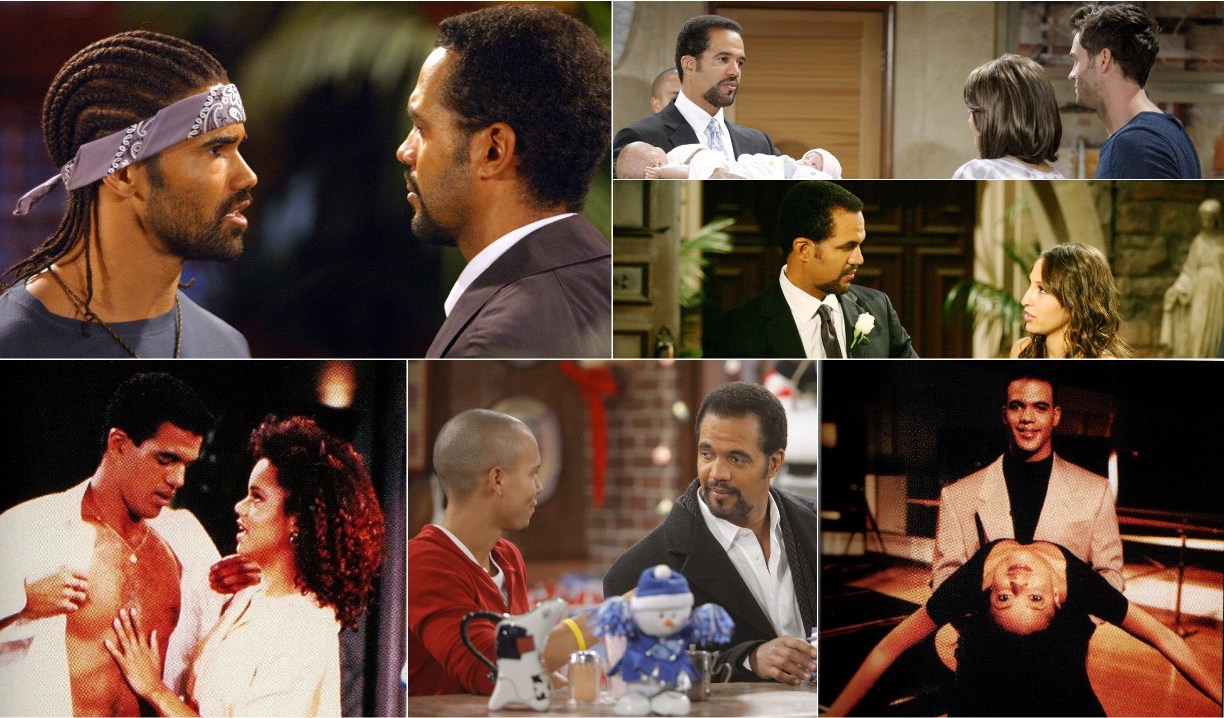 Due to the unexpected and heart-breaking death of Y&R actor Kristoff St. John it felt fitting to pay tribute to his character, Neil Winters, by looking back over his storylines since his debut in 1991.

Dancing into his heart

Neil Winters was a junior executive at Jabot when he met streetwise Drucilla Barber (Victoria Rowell), who worked in the mailroom. Dru had her sights set on her sister Olivia’s (Tonya Lee Williams) man, Nathan Hastings 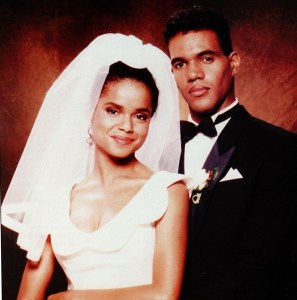 (Nathan Purdee) and enlisted Neil to help break them up, but Olivia and Nathan got married. Neil and Dru made love and started a relationship. Neil loved Dru’s ballet dancing, but when she chose to model instead they split. Later, Drucilla left town, knowing her centerfold for Sensual magazine would infuriate Neil. She returned, they reconciled, and were married at Katherine Chancellor’s (Jeanne Cooper) estate.

Neil’s brother, Malcolm (Shemar Moore), arrived in Genoa City looking to repair their relationship. Drucilla got him a job, and one night while Drucilla was out of it on cold medication she made love with Malcolm, 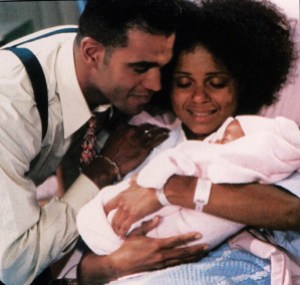 believing he was Neil. When she became pregnant, she didn’t know who the father was – she and Malcolm decided the baby would be Neil’s. Drucilla had Lily and returned to modeling, which caused a rift with Neil. He found comfort with Olivia, and though he reconciled with Dru, he later moved out after he discovered she was taking the pill. They broke up repeatedly over their conflicting outlooks on her career and finally divorced. She moved to Paris with Lily for her job. Neil bonded with Victoria Newman (then played by Heather Tom), and after she became pregnant with Cole Howard’s (J. Eddie Peck) child, they planned to pass the baby off as Neil’s. The truth came out, Victoria’s baby died shortly after birth, and Neil and Victoria ended their engagement. 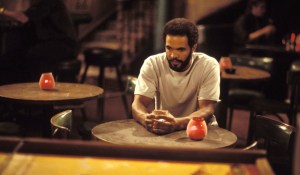 he met lawyer, Alex Perez (Alexia Robinson). He liked her, but she was engaged to Malcolm. Neil, who was drinking heavily following the murder of his friend Ryan McNeil (Scott Reeves), drunkenly revealed his feelings to Malcolm. The trio went to Kenya for a photo shoot, and Malcolm heard Alex profess her love to Neil. Malcolm punched Neil, then was presumed dead after the bridge collapsed beneath the car he was in. Consumed by guilt, Alex left town and Neil resumed drinking heavily. It wasn’t until after Drucilla returned from Paris with a 14-year-old Lily that Neil entered rehab.

After Dru and Neil reconciled and became engaged, Dru worked for Jabot and Neil returned to Newman Enterprises. 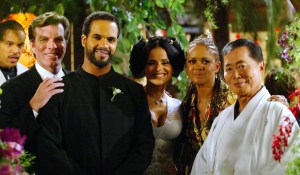 Storylines surrounded competing in business until 15-year-old Lily met 25-year-old Kevin Fisher (Greg Rikaart) online and fell for him. Neil interrupted Lily and Kevin’s sexual encounter, having been tipped off by Lily’s friends. Lily ended up with Chlamydia, and Kevin managed to avoid charges due to lack of evidence. Lily then served as Drucilla’s Maid of Honor when she and Neil remarried in Japan on the Ryukyu Islands.

Lily met a troubled teen named Devon who had been taken away from his crack-addicted mother, and 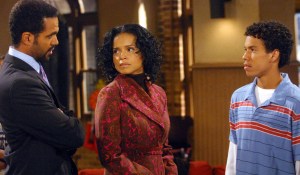 Drucilla, who had been rescued from the streets by Nathan, decided she and Neil should foster the teen. Neil balked at giving him a permanent home, and Devon was sent to a facility. He escaped, and bonded with Victor Newman, who cared for him temporarily until Neil relented. Next, Malcolm returned seeking revenge on Neil for leaving him for dead in Africa. During this time, Dru took a paternity test and learned Malcolm was Lily’s father, but kept quiet.When the family forgot Devon’s birthday, he ran off to the zoo and became trapped in the lion enclosure. Malcolm helped Neil rescue the boy, 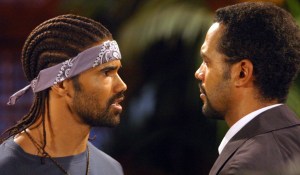 and Lily and Devon brought an SUV around to pick them up, but skidded on the ice and hit Neil. Malcolm and Neil made up as Neil’s life hung in the balance.

Devon’s mother, Yolanda (Debbi Morgan), moved in with the Winters family, but she left again after Devon saw her hitting on Neil. The truth about Lily’s paternity came out after Lily overheard Drucilla arguing with Phyllis. 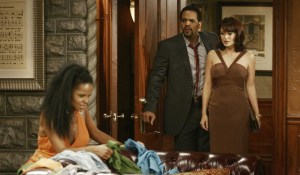 Neil lashed out at Drucilla and they separated. Neil started dating Carmen Mesta (Marisa Ramirez), and opened a jazz club, Indigo. Dru caused trouble for the pair; she even went to jail after cutting up Carmen’s clothing. A crisis with Devon brought Neil and Dru back together, however, as their son went deaf after surviving meningitis. Devon had cochlear implant surgery, and Drucilla and Neil legally adopted him.

Neil’s life changed forever when Drucilla went over a cliff while intervening in a fight between Sharon and Phyllis on a photo shoot, and was presumed dead. He hit the bottle again, but got clean for his kids’ sake. Neil began seeing Karen Taylor (Nia Peeples) and dealt with Lily’s attraction to older man, Cane Ashby (Daniel Goddard). 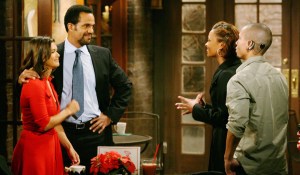 Neil proposed to Karen, and Lily and Cane became pregnant. Neil decided he and Karen should raise Lily’s baby, but didn’t consult Karen, so she moved out. When an ultrasound revealed there was no baby, Karen consoled Lily and reconciled with Neil. Devon’s Aunt Tyra (Eva Marcille) and her young daughter Ana (then played by Jamia Simone Nash) arrived in town and Neil invited them to move in, which caused tension. Ana was revealed to be Devon’s half-sister, and later, Olivia began urging Neil to pursue Tyra, but Neil married Karen, who wanted custody of Ana. After Neil’s sexual encounter with Tyra, he devastated Karen by asking the judge to give Tyra custody of Ana. 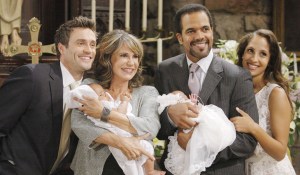 They divorced, Neil went to work at Chancellor Industries, and Devon learned Tyra wasn’t actually his aunt. When Lily was diagnosed with ovarian cancer, Neil finally saw how much Cane loved her. In another twist, Devon had sex with Tyra, and Neil was furious. Malcolm returned while Lily fought cancer, and he and Neil became grandfathers when Lily and Cane’s children, Mattie and Charlie, were born via a surrogate, Mackenzie Browning (then played by Clementine Ford).

The birth of a son

Neil dated Ashley Abbott (Eileen Davidson), but she ended up with Tucker McCall (Stephen Nichols). Neil met Sofia Dupre (Julia Pace Mitchell) who worked with Tucker, and turned out to be Malcolm’s fiancée. 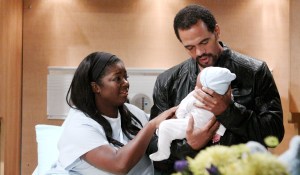 Neil and Sofia had sex, but she married Malcolm. Neil met attorney Leslie Michaelson (Angell Conwell), but Sofia, now pregnant, revealed Neil might be the father. A paternity test confirmed Moses was Neil’s, and he eventually married Sofia. Yolanda returned, sober and going by the name Harmony, and it was revealed that Tucker McCall was Devon’s biological father. Neil’s attraction to Harmony led to Sofia divorcing him. Neil dated Harmony until she left town. While helping Jack get clean, 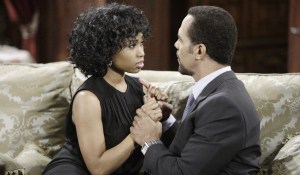 Neil began seeing Leslie again. It wasn’t long before Neil’s apartment was ransacked and slanderous stories about him began appearing on GC Buzz. The culprit was Ann Turner, aka Hilary Curtis (Mishael Morgan) – her mother, Rose, had died after Neil left her in a motel room during his drinking days. Hilary eventually apologized and Neil forgave her. Neil became engaged to Leslie, but she returned his ring.

Neil began seeing Hilary despite his family’s misgivings, and proposed. Devon and Hilary shared an attraction, and had an affair after she married Neil, who was temporarily blind. Neil revealed he knew everything on a plane, which crashed. 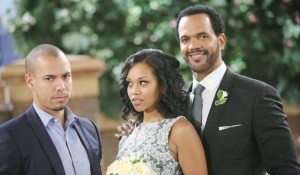 Neil helped save everyone, but kept drinking. When he grabbed the steering wheel as Nikki Newman (Melody Thomas Scott) was driving, she hit Christine Williams (Lauralee Bell). Devon and Hilary were married, however Neil confronted her on their honeymoon and she had a near-fatal fall. Neil hid the comatose Hilary and hired a doctor to save her with an untested protocol, while Devon was accused of murder. Neil was dating Gwen Randall (Nadine Nicole), but they broke up after Hilary came out of her coma and wanted Neil, not remembering her love for Devon. Hilary and Neil had sex, but Hilary’s memory returned. Neil resumed drinking, but then formed the Abbott-Winters Foundation for recovering addicts with Jack.

Neil reconnected with his mother, Lucinda Winters (Nichelle Nichols), who was in an assisted-living facility, 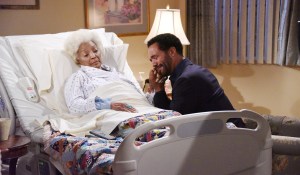 and confronted her with abandoning him. She explained about her alcoholism, so Neil forgave her and she died in his arms. After, Neil and Devon started Hamilton-Winters Group, and Neil later bought Chelsea’s penthouse and invited Nate Jr. (Brooks Darnell) to live with him. Neil dated Ashley, but she left town. Meanwhile, Neil accepted Devon and Hilary’s reunion and the news she was pregnant, and was heartbroken when she and the baby died after a car accident. Neil supported both Devon and Lily, 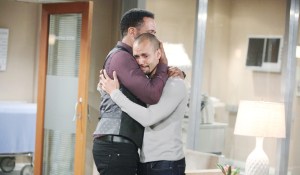 as she was the driver and went to prison. Neil encouraged Ana (Loren Lott) to move in with Devon to help him deal with his grief.

Neil Winters last aired on Wednesday February 6, when he attended Devon’s music event and helped avoid a crisis. His last line was, “Because that’s what family does…”