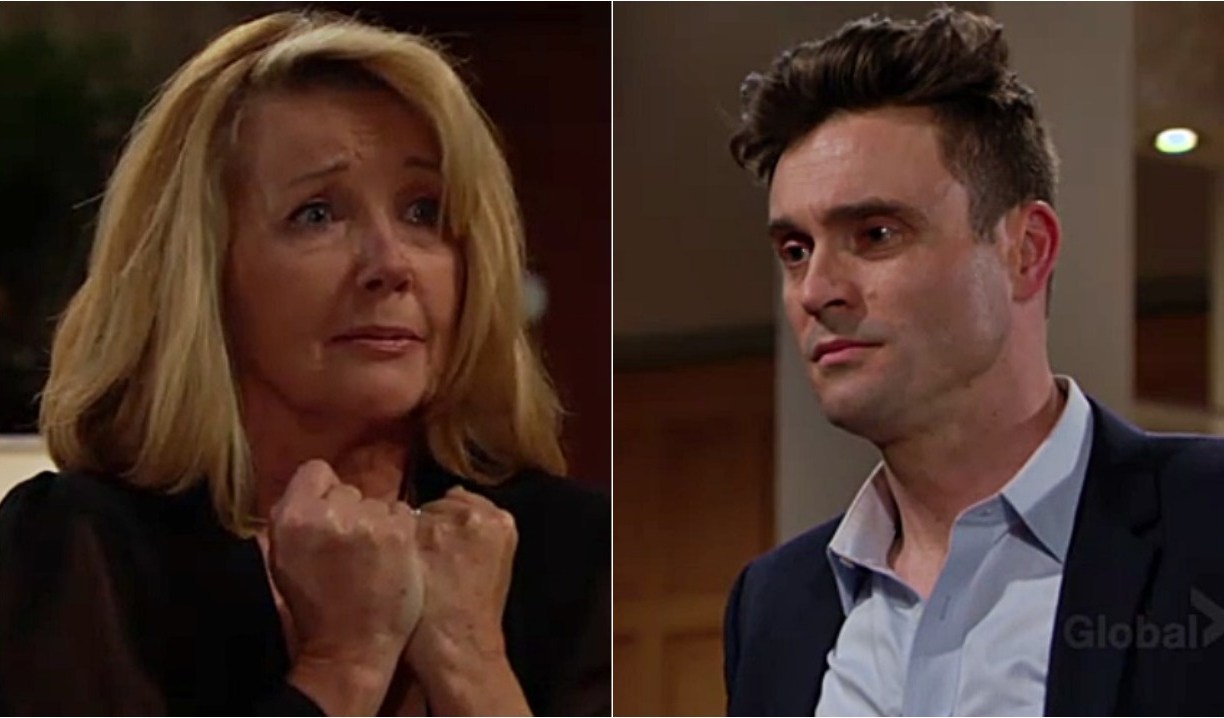 My current take on Y&R is when it’s good, it’s really good, and when it’s bad, it’s boring. I love being taken off guard, so Nikki’s confession to Nick was a boon, and should have the women’s pact coming apart at the seams. Speaking of unraveling, Cane was a mess after being caught with Victoria, and who knew Billy would make a beeline to tell Lily? Thoughts:

In last week’s Deconstructing Y&R, Nikki’s confession to Nick was unexpected and got the ball rolling on the next chapter of the JT murder storyline. There was also the revelation that someone has the ranch under video surveillance. Additionally, Nick guessed that Victor was staying in jail so as not to thwart the person framing him in order to protect the family. Victor confirmed it. So, presumably there’s some mystery party out there watching the house, tormenting the women, and framing Victor. I have a few theories but honestly, they make my head hurt. As much as this has dragged on too long, as usual I loved watching the four women interact, especially the reactions to Nikki having told Nick the truth. They all know beneath this ‘Dark Nick is savvy and powerful’ façade he’s still a dolt who could mess things up. Too funny. Anyway, with the Newmans circling the wagons, there’s anticipation that everything may finally come out about the women and the mystery could soon wrap up.

Cane’s visit to Lily was the classic ‘couple argues over basically nothing leaving the partners at odds’ set up for another Cane and Victoria session it seemed, though it was good to see Lily. Neil was also back to put in his two cents on the goings-on in the family. His concerns about the anonymous songwriter (who we know to be Ana), along with Devon’s lack of concern, and Ana’s mysterious behavior and cryptic warnings to Fen, foreshadow something going bad with this music business. Neil also met with Cane, told him he had a right to his feelings about the difficulties surrounding Lily being in jail, but didn’t have much patience for Cane’s complaints, thus creating more reason for Cane to feel adrift and act on impulse – more on that below.

As Victoria deals with the stress of the ups and downs with the murder secret, she’s had Billy around the house to lean on. In hilarious soap tradition, he’s always in her face telling her how he’s giving her space, while not giving her space at all. They went out to lunch and Phyllis showed up to stir the pot, as she does so well, and let Victoria know that Billy had asked her to get back together first. Victoria reacted accordingly, stormed off, and we all knew what was coming when she encouraged Cane to come over and retrieve his scarf – let’s just say that poisonous face mask or not, Victoria seems to have a ‘go-to’ method of working out her anger and stress. I find it highly entertaining and messy as all get out. Fans expressed varying opinions:

Cane and Victoria are an absolute NO for me. Where is the build up? Also after Cane’s visit with Lilly he just comes off as selfish and pathetic. #YR

Mia confronted Rey about Sharon and the motel, believed him that nothing happened, and they seemed closer than ever. Then she called Arturo back over to complain that she couldn’t stop thinking about them, and it was kind of irritating. Maybe it was supposed to be endearing that she spins out due to her insecurities, but it left me thinking, “What does this chick actually want?” I’m also on the fence about whether Arturo’s proclamation of love to Abby was a desperate attempt to deny his true feelings for Mia. The idea of Mia and Arturo giving in to an undeniable love that destroys their relationships is soapy, but I wish I felt more anticipation about it all. That brings me to Kyle and Lola, who now have their own star ‘Kola’. If only I was feeling them the way I was in the beginning. Talk about making a sizzling couple boring – the move to make Lola a virgin expecting everything to be perfect and Kyle a lapdog, has had the effect of throwing cold water on this pairing. Despite the mystery with Kerry’s syringe and weird behavior, Kyle’s dad, Jack is at least in a hot romance.