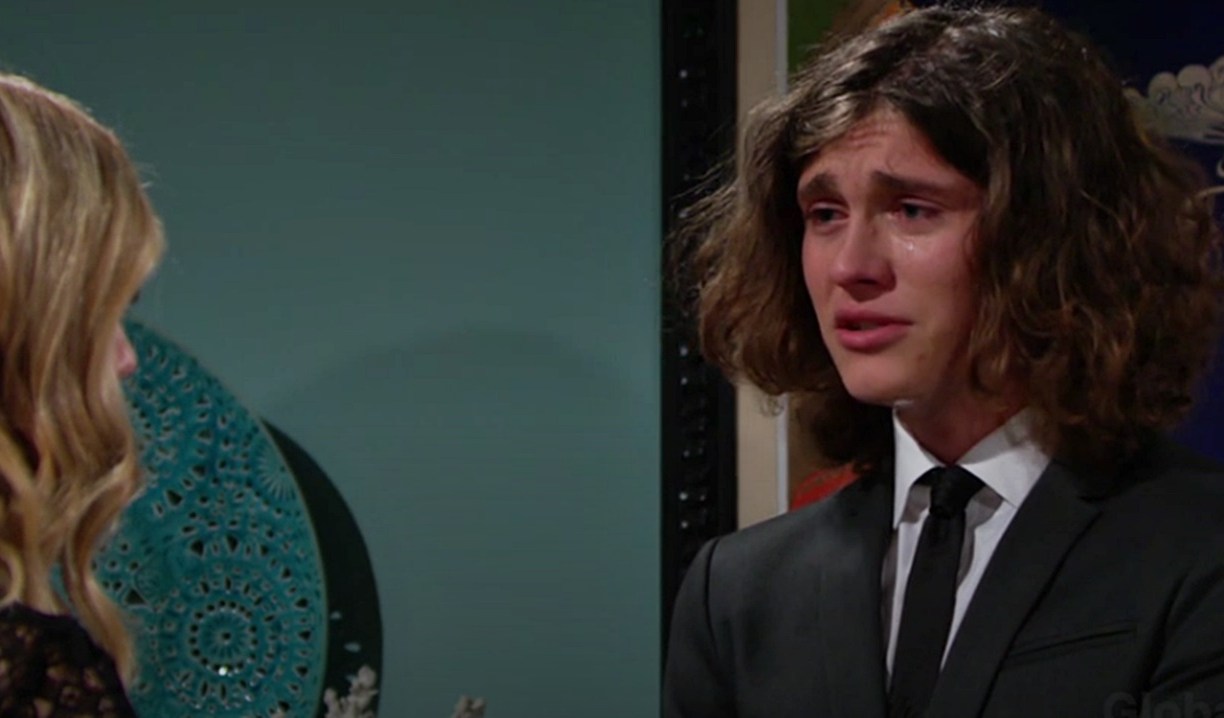 There was plenty of entertaining scenes and drama this week, from Jack and Victor sparring to Nikki’s unexpected confession, though there were also boring bits that felt like filler. Thoughts:

As usual, Victor’s hosted a constant stream of visitors while behind bars, from the indignant Abby, to Nikki, who nearly confessed to murdering JT (which left us wondering if Victor guessed the truth, hence warning her to never speak of it again), and of course, Jack, who showed up to needle the Mustache – this was guaranteed to be a good time from the first smirk. It was as entertaining a sparring match as they’ve ever had, with Jack realizing that Victor was probably innocent, yet still fine with him going away for life regardless, and Victor amused at Jack’s cockiness and maintaining his confidence that he’d beat the rap. Soapy goodness.

In last week’s Deconstructing Y&R, Cane and Victoria’s kiss was controversial and left both parties feeling offside. Cane couldn’t make sense of it and had a heart-wrenching letter from Lily to cope with as well. Victoria decided to take it slow with Billy. I’m not a fan of the cardigan sweater-wearing ‘Ward Cleaver’ version of Billy, but I do get that they feel comfortable together as known entities. It made sense to me that he was there for her after the emotionally-draining memorial for JT, but even when she said she still loved him I was only getting a ‘friends’ vibe. Going back to the memorial, Reed had me choked up with his vulnerable ugly-crying over his dad, Mac and Traci were perfect additions (can we keep them?), and Phyllis’ bombshell, though a plotty move, got the abuse secret out for those who still didn’t know, and we were able to see Victoria address it again. It also led to Nick taking Nikki home (to a newer ranch set), where he found out she killed JT. I didn’t see that coming, but it was only a matter of time before one of the women cracked as the tensions have been running sky-high.

In related commentary, after Phyllis and Victoria went at it over the idea of Victor going away for JT’s murder (amazing scenes…that slap!), I noticed a few fans floating the idea that Phyllis was the one setting him up, which might make sense except it would be a huge risk given that she’d have to bank on Nikki not confessing to save him, in order for it to work. Of course, now that Nick knows the truth, things are bound to keep unraveling (at long last).

While I warmed up to Fen a bit as he defended Ana and appreciated the feelgood moment when Devon and Ana made up (after Nate intervened of course…eyeroll), this storyline is offering nothing particularly meaty for Devon or anyone else involved. He has no real storyline related to the new restaurant either, which featured too many scenes devoted to discussion and angst surrounding Lola’s menu options. After the blunders by the head writer with Lola’s character, I was frustrated to realize that I’m not as into her anymore…or her relationship with Kyle, which I was a huge fan of at the outset. Sharon and Rey also intrigued me when he first arrived, but their motel room scenes should have been positively charged with sexual longing, and they really weren’t. Arturo and Mia definitely have some heat, but if they were to hook up, I don’t see what direction their characters would go after that. Fans had some observations on Lola, Fen, and Kyle:

Lola has been in town for 5 minutes and now she has her dream job in a restaurant. Fen was in town for 2 minutes wanting to be a singer and now has a recording contract. #yr

Kyle’s new constant job is being a sounding board for Lola since that is basically all we see him do now. And he needs to find a new job, fast. #YR