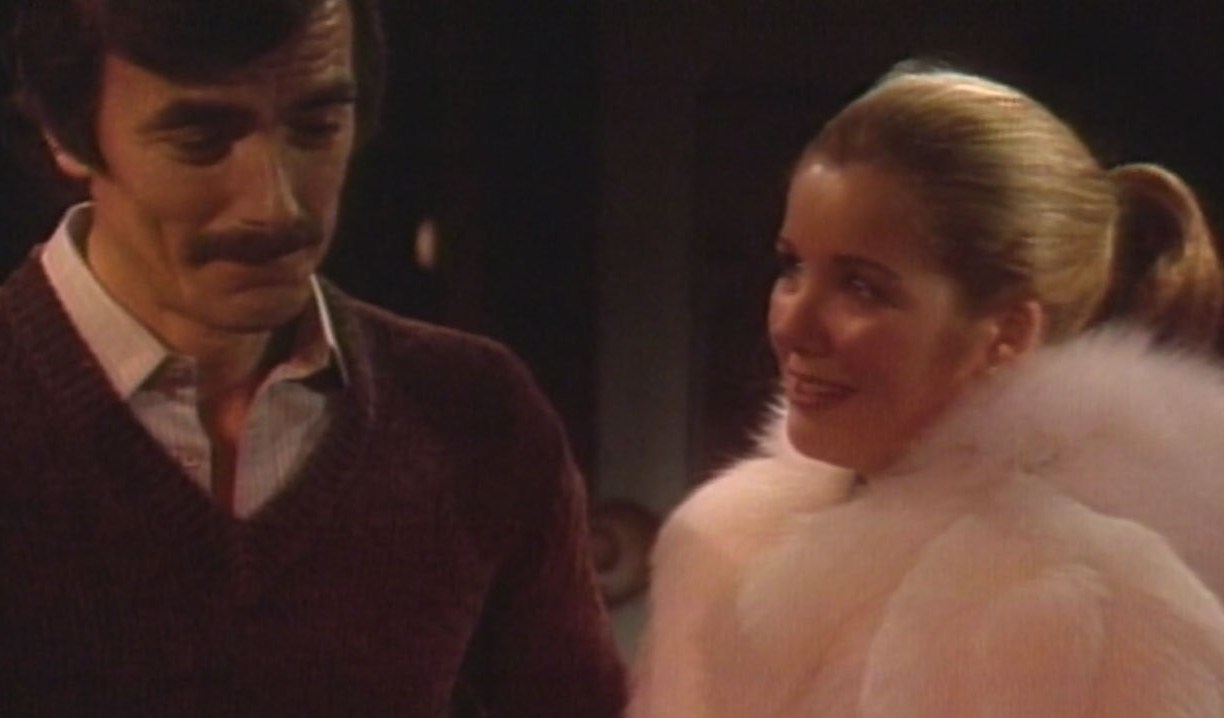 On the whole, I was pleased with the holiday episodes, which were appropriately subdued given that Nikki was in a coma, Devon was missing Hilary, Dina didn’t recognize Jack etc., but were heartfelt. That said, there were times the show felt a little boring. I’m (still!) hoping the JT mystery will pick up and resolve soon. Thoughts:

In last week’s Deconstructing Y&R, the holiday hit-and-run was terrifically soapy, and the drama continued as Nikki remained in a coma and tension swirled around her family members over the holidays. Reed’s guilt, and Victoria allowing herself to lean on Billy were fitting, and word of Nikki’s deteriorating condition making its way to Sharon and Jack at Crimson Lights made for a poignant moment. Throwing in a scene with Rey and Mia in bed amid the drama involving core characters wasn’t the best choice as it brought it home how little I actually cared about them comparatively. My favorite parts were Nikki playing Nadia’s Theme as Victor appeared to her in her dream, the candlelight vigil, and Victor’s actual return (however unlikely that he’d be able to visit Nikki unseen). Victor’s power to make things happen is a contrast to Nick, who tries to imitate his father but should probably just stick to being himself (like when he softened a bit and worked with Rey at the station)…his tantrums are awkward.

Ghosts of Christmases past

The episode with various characters recalling past Christmases was really good for the most part… Billy and Victoria remembering Delia, Jack looking back in time while spending time with Dina, Victor recalling his and Nikki’s first Christmas (flashbacks!), Devon and Ana reflecting back, all set to Mariah’s voice on GC Buzz as she spoke her own thoughts on the holiday and remembered Cassie made for an appropriately thoughtful and low key episode given that a central character was in a coma. I even appreciated them giving Nate a chance to connect with Devon and share a little of himself, though I honestly feel like this character just isn’t going to work as he’s been depicted thus far. Viewers reacted to the Victor and Nikki flashbacks, as well as their coma dream sequence:

I absoLUTELY lose it when they play the theme music on #YR to any sad scene. Victor and Nikki and that music 😢

All the Nikki and Victor flashbacks are tugging at my heart. Their love story is incredible. They've both done bad things but at the end of the day, they love each other more than anything in the world. #YR #Niktor

The Kyle and Lola gift exchange gave me the warm fuzzies, so the ensuing break-up over the cost of the purse, though in line with Lola’s character, made me feel tired as another obstacle was thrown up to their relationship, perhaps so Fen can date her or something. Blah. It felt predictable. As for Fen, his connection with Ana definitely has drawn me in, maybe because it’s brought out a more appealing side of him, so it will be interesting to see if they attempt to go a romantic route, though I’m not sold on that as of yet. In Soaps.com’s recent poll on the matter 29% of respondents wanted to see Fen paired with Ana, though the highest percentage, 45%, said they didn’t care who he was paired with.

This represents my opinion; please share yours in the comment section. Here’s wishing everyone a safe and happy New Year!