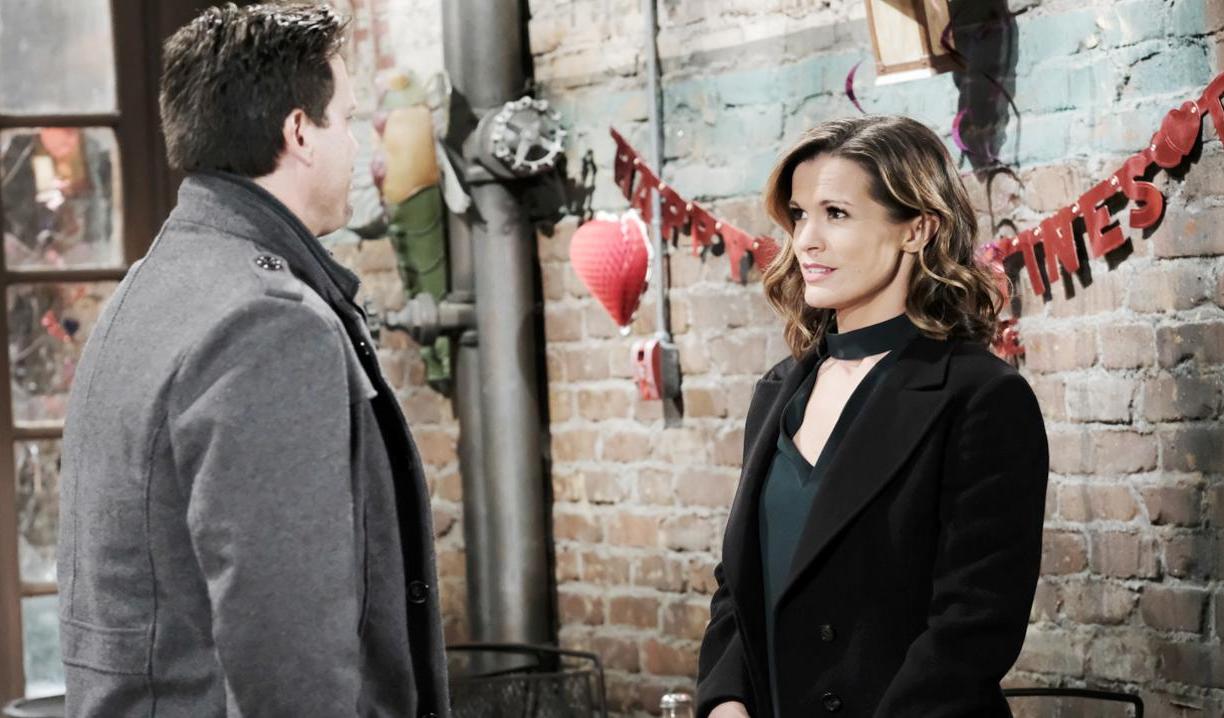 February sweeps began like a racehorse bolting out of the gate with the unexpected Billy and Phyllis kiss in the elevator, and Gloria’s outrageous interview on GC Buzz, but as this week progressed the momentum slowed. Appreciably, there was still a lot going on, but overall the show lacked a certain punch considering it’s sweeps, and some stories are more fizzle than sizzle. Thoughts:

What have you done?
The scenes with Gloria baiting Jack at the Club bar as GC Buzz aired her interview, and his reactions as it dawned on him what was happening, were gold. It was also fun to see him scramble to placate her with a job and end up with her as his receptionist – so many brilliant one-liners with these two! Ashley flipping right out about Glo was delicious too. That said; I’d rather see Gloria mixing it up in everyone’s business as the manager of the Club, a la Gloworm, than see her interact with the same few people at Jabot, which is bound to get tired. I was also wondering why Phyllis and Lauren have to work there now, considering Fenmore’s is already established and Jack was merely providing an injection of cash. If it’s to put Phyllis in Jack’s orbit…pass. Been there, done that.

Not feeling it file.
While the bit with Billy rescuing Phyllis from the bad date was cute, making their elevator kiss about his frustration with Victoria, and repeatedly putting them in scenes where they rehash why they can’t pursue romance is annoying. As mentioned in the previous Deconstructing Y&R, there is too much effort being made to force a Billy and Victoria pairing, and it’s irksome that they’ve made Billy seem like an ass who doesn’t know what he wants in trying to do so. While I just love the new teenage Reed, listening to Victoria harping and fighting with the kid day in and day out is not fun. The one bright spot is Victoria’s determination to buy back her company…but honestly, she should be running Newman Enterprises, with Brash & Sassy back under the NE umbrella. Sorry, not sorry, there is no way Abby should be sitting in Victor’s chair and not Victoria…another thing being pushed that doesn’t feel quite right.

Disgruntled.
I’m curious as to how Cane’s story is going to play out as they continued to show him in a slightly negative light…doubting, complaining, and kind of playing the heavy. Loved the realism of Lily having some uncertain feelings about changing careers. It will be interesting to see how it all comes out in the wash for this duo at Brash & Sassy. Viewers weighed in on Cane’s issues:

so it looks like Cane doesn't have the money… i'm kinda glad. the more he climbs up the corporate ladder lately, the more jerky he is #YR

#YR Oh so it's a bad idea for Victoria to make a deal for sole ownership but you going for it is A-OK. Nice, Cane. ?

Grand gesture.
I was enjoying the ‘back and forth’ between Devon and Hilary, but after she turned down the check for $250 million that probably should have been all he needed to know. I’m just kind of waiting to see where it goes from here and hoping it doesn’t start to feel dragged on.

Stop asking.
Ah, the emotion of Paul boxing up Dylan’s things, and Sharon’s erratic behavior seemed spot on given the rollercoaster she’s been on. I wasn’t sure what was happening with her and Nikki in the coffee house…thought they might have been putting on a show, but then it seemed not. Either way, Sharon pouring milk over Nikki…loved it!

As for Faith, since she was told she couldn’t go home to Sharon’s, she decided to manipulate Nick into looking out for her mother. As he clearly has his sights set on trying something with Chelsea, we can see where this is going. For the record, Nick/Chelsea is another pairing that seems to lack spark; it kind of feels like they’re hooking them up by default.

Friday notes.
This episode left me not sure what to think about newly ‘mellow’ Victor, but leaning toward feeling it’s too much of a change. His fatherly approach to Sharon, whom he hated with passion a month ago, seemed a tad unrealistic, and the whole bit with grooming Abby to head up Newman, and letting her deal with ‘Higgins’ when he never even let Victoria do that, was an eye-roller. Nick and Chelsea remained a yawn…there’s no yummy tension or sense of anticipation or excitement about them at all. The best scenes surrounded the introduction of Jordan, who immediately had Cane on high alert where Lily was concerned. Billy needling Cane during the shoot, and checking Victoria for a mustache afterward, was a hoot. Jordan is definitely an intriguing addition! 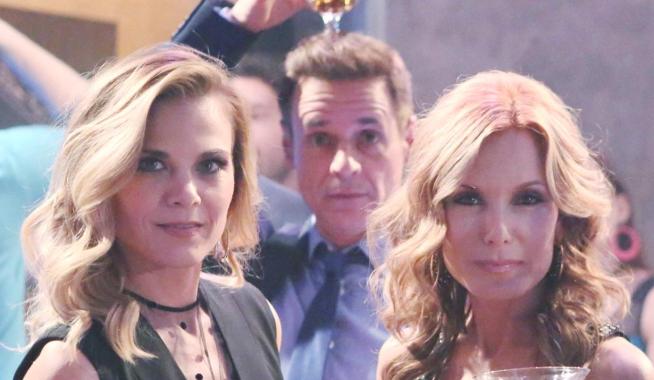 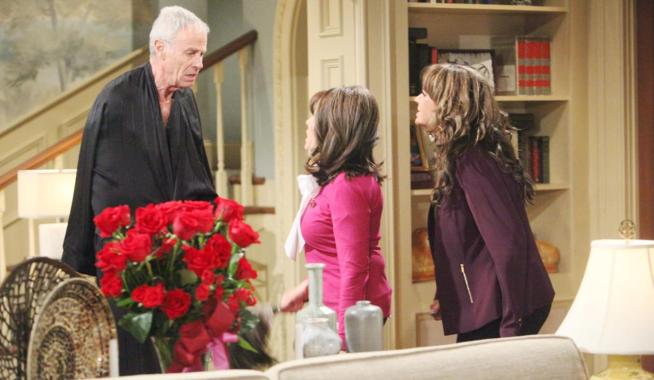