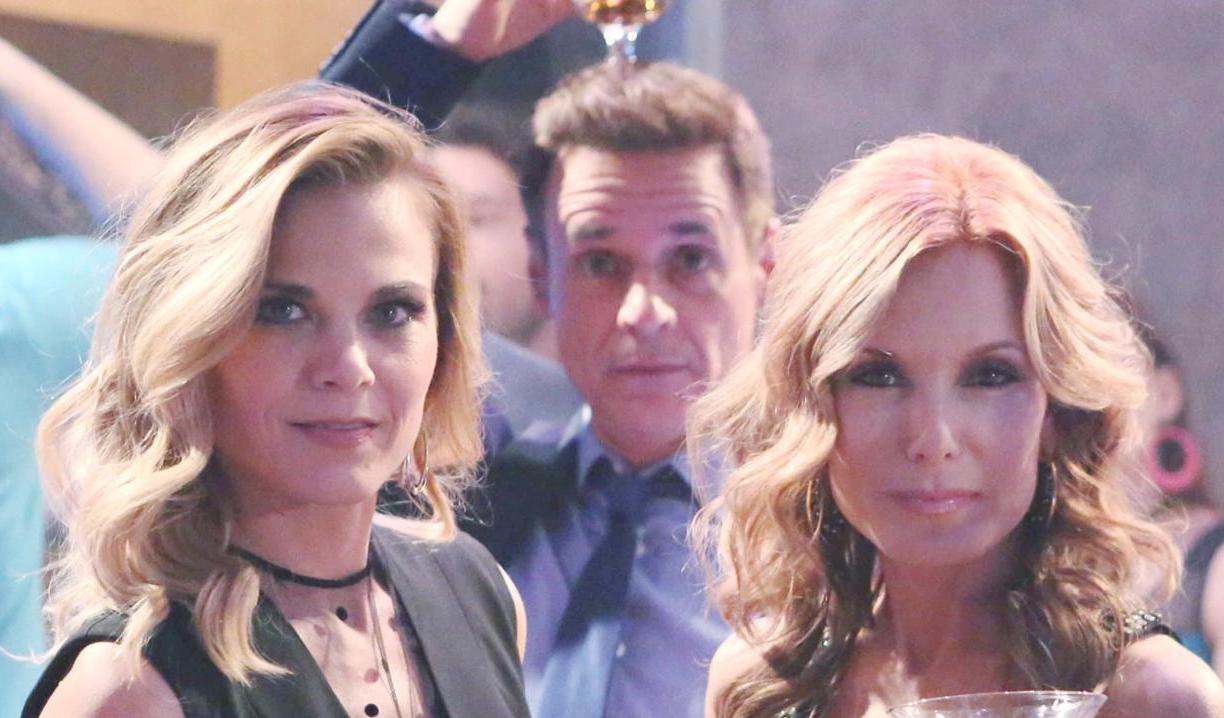 The week began with an ‘off-the-chain’ night at The Underground, followed by the unexpected and greatly entertaining hook-up between Gloria and Jack, and the clashes surrounding the Jabot/Fenmore’s merger. All of this contrasted with Sharon’s heartbreak, Hilary’s regret, and Victoria working to mend her relationship with Reed. Thoughts:

Devastated.
As predicted in the last Deconstructing Y&R, the Nikki and Sharon dynamic changed as they both grieved the loss of Dylan from their lives. I really enjoyed seeing them come together like that. I’m not sure how the explanation of him having left town keeps him safer than faking his death, as far as the drug cartel goes, but it is what it is.

Rave reviews.
How fun were the scenes at The Underground? There were a few grumblings from fans about characters of a certain age getting down at a rave, but it was absolutely fun to see. However I will concede that electronic dance music/a rave was probably not the best choice for this crowd. That said, it made sense for Ravi, and the bit with Ashley deciding to lighten up and join him seemed to be a significant element in the scenes. Anyway, so much to love – Lauren smacking Michael’s ass, and the Nick and Phyllis interaction – they have amazing chemistry, which is always good to keep in mind, hehe.

Down and out.
I always love when something unexpected happens on my soap, and Jack deciding to get hammered with Gloria definitely fell into that category! If that wasn’t enough, the next episode revealed that they’d actually hooked-up. Those ‘morning after’ scenes were just gold – hysterical! But it didn’t stop there, a mortified, hungover Jack found himself dealing with an outraged Jill as he tried to sneak out of the Club. Amazing and so funny! Fans reacted to Glo and Jack, and Judith Chapman posted about Glo’s “Fatal Attraction” inspired line to Jack:

#Glack is NASTY but so hilarious! #YR

Sisterhood.
Jill and Lauren had it out over the plan to merge Fenmore’s with Jabot, and it made for some powerful scenes. Not only were they both fired up, but also just the right amount of emotion snuck into the proceedings to make us feel for both of them. So, Lauren went ahead with the deal and Jill went into freight train mode to stop it any way she could. As this played out, Colin’s uncharacteristic desire to have Jill slow down and smell the roses made her, and viewers, wonder what was up with him.

Office politics.
From Billy warning Jack not to jerk Phyllis around, to Ashley wondering if Jack is still interested in his ex, and from Ashley marking her territory with Phyllis where Ravi was concerned (after finding Phyllis bouncing on the ball, hehe), to Gloria getting up in Jack’s face to assure him she will not be ignored, the goings on at Jabot have been pretty entertaining. That said, hopefully none of this is foreshadowing a Jack/Phyllis reunion down the road, and in related thoughts, I can’t wait for Phyllis to find out that Jack had sex with Gloria. Ha!

Does he or does he not?
I felt like part of a conversation went unresolved with the Cane and Lily situation. One minute they were at the Club and he was admitting he had an issue with her modeling, and the next they were at GC Buzz sharing the great news with Devon. Huh?

Sniff test.
Just when I was at the point of seriously wanting to fast-forward all scenes of Victoria talking about her troubles with Reed, they lightened it up and she took him to a concert. Thank you! Of course, this was all due to Billy, who ended up shirtless in the lab with her smelling his chest and neck. I honestly wish this had whipped up some yearning to see them get busy amid the test tubes, but nope, nothing. What was funny was Cane coming in, and after complaining about being left out, Billy unbuttoning his shirt so Cane could smell him too. Baha! Jill busting in to say she wanted to sell Brash & Sassy to them was an intriguing development…I hope Vikki buys it.

More: Michael Muhney addresses rumors as to why he left Y&R

Change of heart?
I didn’t mind the dynamic emerging between Hilary and Mariah, who seemed to be developing a grudging respect for one another. It’s cute how Devon is trying to cut Hilary loose but can’t quite do it, or stop thinking about her. Hilary’s regrets appeared to be genuine, and so we were feeling for both sides of this couple…always a desired result.

Friday notes.
This was truly a ‘what’s not to like?’ episode. Gloria deliciously turning on Jack after he tried to dismiss her, Hilary calling Devon’s bluff with the divorce papers, heck, even Faith got set straight by Grandma Nikki. What else? Ashley’s candid conversation with Ravi about her love of ‘alpha males’, hehe, Victor urging Victoria to take back her company, Colin and Cane’s shifty phone calls, oh, and that totally unexpected Billy and Phyllis kiss in the elevator. Um, yeah…hot! 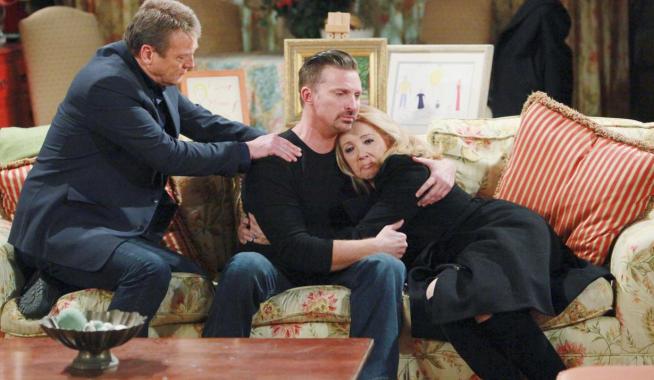 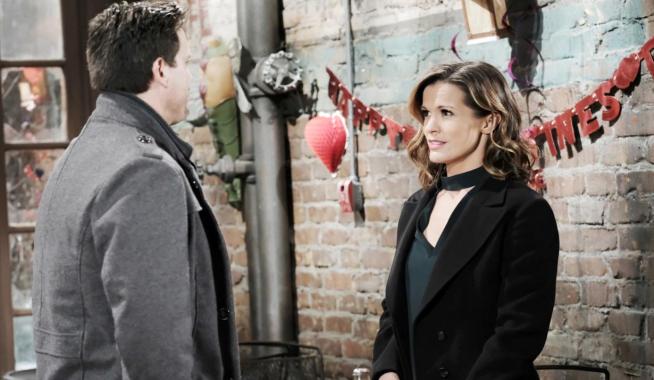