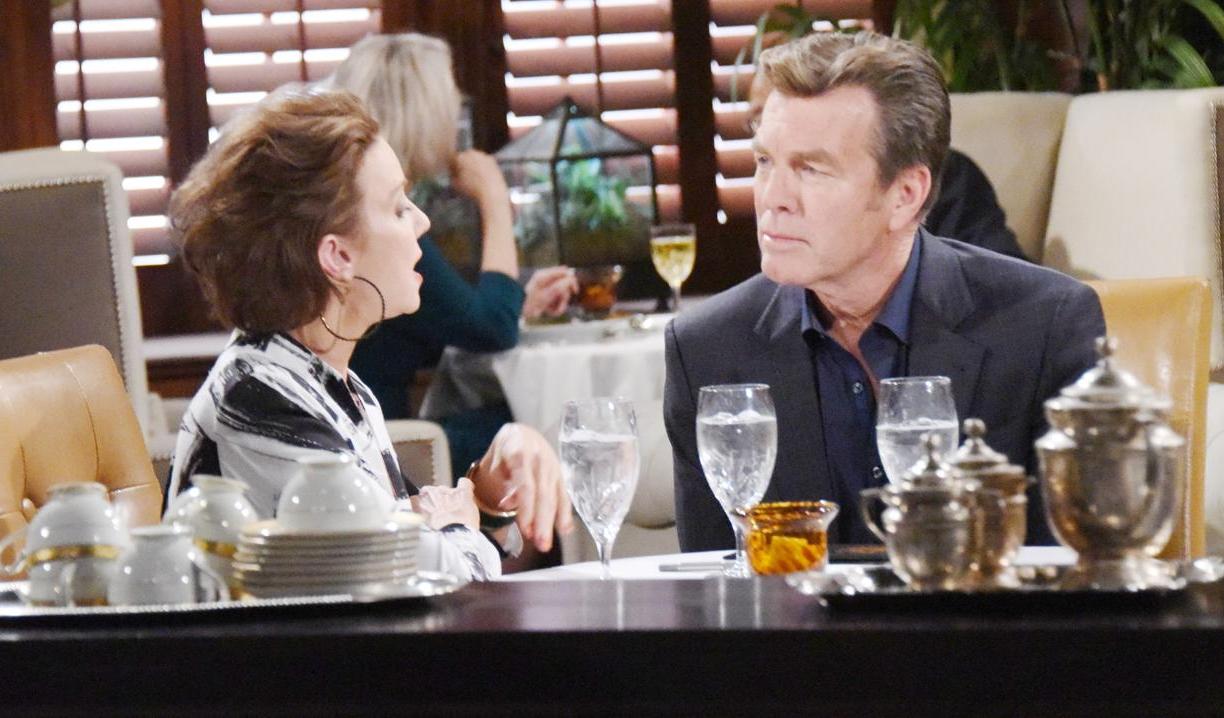 While there was still plenty to love happening on “Y&R,” some viewers weren’t feeling as drawn in this week during slower moving scenes and dialogue. That said, several storylines, such as Lauren’s troubles with her business – and Gloria – were humming along brilliantly. Thoughts:

Boring?
There were some viewers complaining of boredom with the show, and I’ll admit to getting a little glazed over a few times when Nick and his kids were on screen. Some of it was heartwarming and/or funny, but there’s only so much one wants to hear about skating, hot chocolate, pancakes, parenting, and nannies. The Victoria/Reed/Billy storyline flirted with humdrum at times as well, as the appeal of Billy being reduced to a go-between for Vikki and Reed and pushing board game nights was elusive to many. Also, their interactions with others seemed geared toward endorsing Villy, which felt transparent and tiresome. Over at the ranch, while it has been nice to see Victor and Nikki sharing scenes at home, it would be preferable to see them active in storylines – doing things – as opposed to talking about what they’re going to do quite so much. As for Victor no longer being a power player in business and letting Abby run things – no words. Viewers expressed frustration with some scenes:

Derek Young.
As mentioned in the last Deconstructing Y&R, Dylan going undercover to bust a drug cartel was a stretch, and we weren’t sure if we were going to be privy to his fate in Miami, but lo and behold there he was in disguise as a smooth criminal thug-type. The edgy new look was interesting, but the scenes with Alex (Jess Webb) were so cheesy. Ack.

What the hell are these cheesy lines? garlic butter,Whipped cream? ?? #YR

Back in Genoa City, Paul, Christine, and Kevin seemed disconcertingly panicky with regard to Dylan’s undercover case, while Sharon upped the tension by confronting them and becoming increasingly fearful. The scene with Faith outing Dylan’s situation to Nick in the coffeehouse was cute, and Nick later comforting Sharon was, I don’t know, almost something of a relief after all that transpired in the dreadful Sully/Christian storyline.

Gloria’s old tricks.
It’s classic Gloria to convince herself that she’s ‘helping’ Lauren while going behind her back to undermine her, and thereby secure herself an executive position. Love it – imagine when this comes out! Lauren and Michael’s heart-to-heart as she came clean about her work troubles illustrated why they’re such a beloved couple…so genuine. Michael’s frustration with his mother, and him and Kevin fighting over which one of them will ‘take’ her was hilarious, as was Kevin and Chloe’s run-in with Glo in the steam room, which was arguably the most watchable of their scenes this week…eep. Phyllis trying to lure Ravi away from Jabot should be fun too. Ravi’s quirky and adorable ways enhance every scene he is in. Truly enjoying this business storyline. Viewers reacted to Gloria doing her thing:

Friday notes.
The campaign for a Billy/Victoria reunion continued via Reed and Jill, and some ‘reverse psychology’ as Victoria protested that she and Billy would ‘never ever be getting back together’, presumably so viewers would clamor for exactly that to happen. The pair has amazing chemistry as ‘exes’, and the scenes, including Billy’s with Reed, are often cute and amusing, but there isn’t enough yearning, passion, sexual chemistry, or whatever you want to call it between them. If there were, there would be no need to convince the audience. Hilary took Devon home from the hospital, and Genoa City residents continued to take sides on Tripgate and what Hilary’s fate should be. Again, given history, I’m not sure Neil should be the point man leading the charge to bring her down. Jill was brought in on it, and as with Ashley, it’s getting disappointing to see these powerhouse female characters be given nothing better to do than to weigh in on everyone else’s lives and drama. Stories for both please!

Deconstructing Y&R: From classic to...