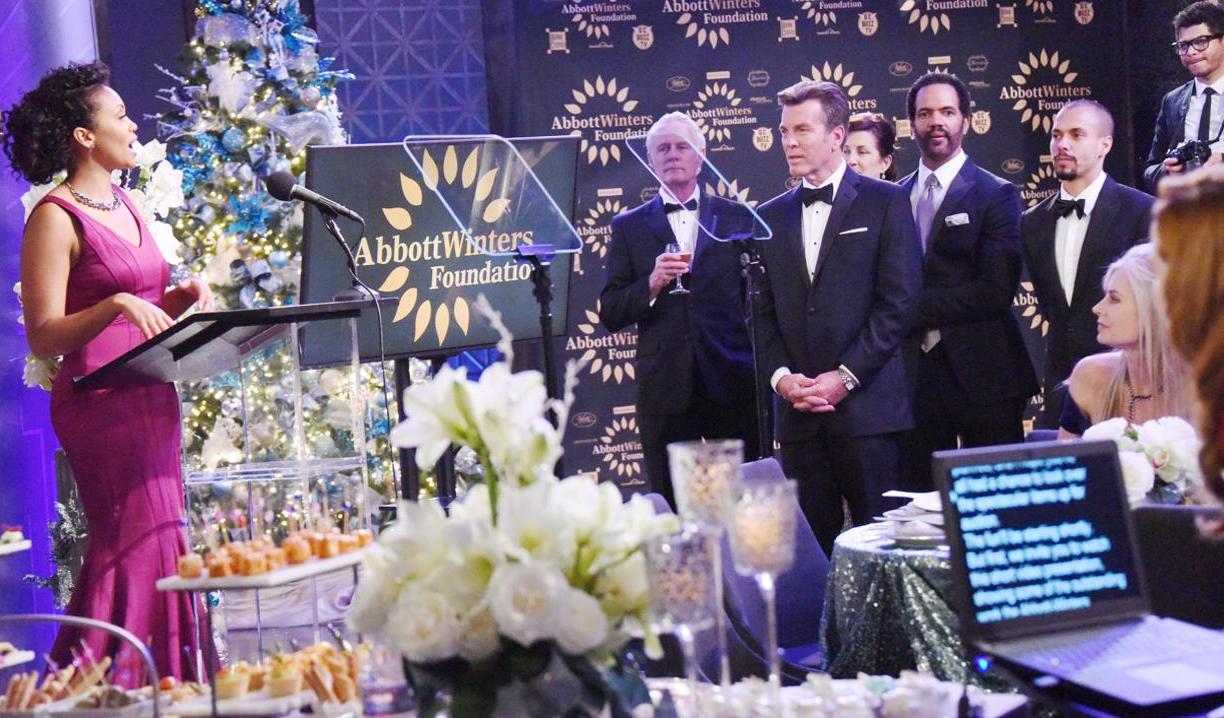 It was another week of realistic family and business-centered drama, with a soapy cliffhanger or two following the beautifully done gala. One concern…with Dylan now heading out of town on the heels of the departures of Adam, Travis, and Stitch (possibly; he hasn’t been seen), Genoa City is decidedly light in the male lead department. Thoughts:

Pound of flesh.
Victor carrying Christian around Newman Towers telling him this would all be his one-day was classic Mustache, however, something was off with him helping Victoria keep Brash & Sassy in the Jabot building. It would have more believable if he used the eviction as a way to get her back over at Newman Enterprises. Also, as noted in the last Deconstructing “Y&R,” it’s ridiculous to have Brash & Sassy renting space at Jabot.

Admiring Ashley.
The renewed connection between Ashley and Victor continues to be appreciated. Their scenes are riveting. I also love the Ravi character mooning after Ashley and trying everything he can think of to get closer to her, hehe. He’s attractive in an understated way…has a Jeff Goldblum look/vibe. It’s proving to be an entertaining sub-plot.

Ravi is kind of hot! #YR

Ravi’s face when he met Abby lol, couldn’t believe Ashley had a daughter I like that he’s so awkward and has this school boy crush #YR

Dylan’s decision.
Dylan’s broody emotion following Nick and Christian’s visit on Christmas Eve was spot on. I can also get on board with him wanting to throw himself into work, but the sudden undercover case that will take him out-of-town was a bit of an eye-roller. It’s a stretch for a regular cop from Genoa City, Wisconsin to be a key player in busting a dangerous drug cartel in Miami. It is what it is, as they needed a way to write off the departing Steve Burton, and the scenes in which Sharon begged Dylan not to go were especially sad, knowing his character likely wouldn’t be back. Losing Dylan could be a catalyst for Nick to soften toward Sharon, which brings us to Nick’s love life. If he’s really only going to be friends with Chelsea after their fumble on his parents’ sofa, will the writers try to pair him with Phyllis or Sharon again?

Rave review.
Glamour, elegance and wealth abounded at the Abbott-Winters Foundation Gala and it meant everything to longtime viewers to see the effort that was put in – everyone dressed to the nines, the jewelry, the champagne flowing, the high-priced charity auction, the dancing – this is how it should be. It brought back memories of the Colonnade Room era, which was appropriate for these rich families.

There were all sorts of delicious little interactions and facial expressions/reactions at the gala – too many to list – which makes these kinds of gatherings so entertaining. The only thing really missing was some sort of new potential pairing with ‘sizzle’ to capture viewers’ imaginations. Current couples are bringing the romance, but they are established, so it’s a little different.

Truth and consequences.
Just when it felt like Hilary had come into her own as a character, and as a partner to Devon, Mariah realized that she caused her fall. Cue the revenge. The rivalry was out-of-the-blue and contrived from the beginning, and the tactics bordered on juvenile, but the writers made us care again just in time; they did an amazing job of turning this into classic soapy drama. Every beat was played as Hilary shoved an unapologetic Mariah, Devon had finally had enough, Hilary pleaded with Devon, Devon sped away in the sports car, and of course we were left breathless by the cliffhanger of Hilary waiting and worrying about her husband in their new home as, out in the snowstorm, he crashed the car at high speed.

Saved by the bell.
Billy was about to kiss Victoria when the doorbell rang and it was her son Reed…accompanied by a police officer. He’ll be a handful perhaps, though there are no other teens for him to get into trouble with on the show. Hmm. Anyway, glad to see the character back on the canvas. 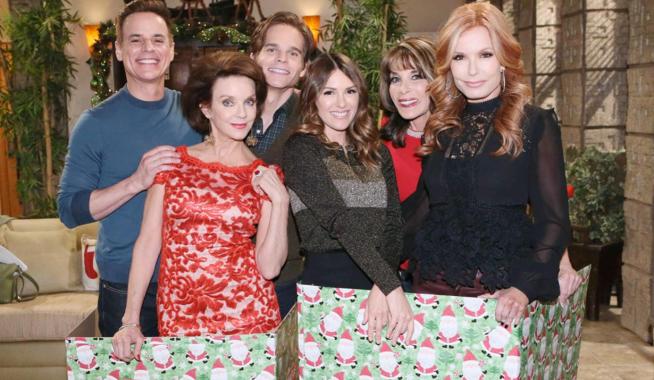 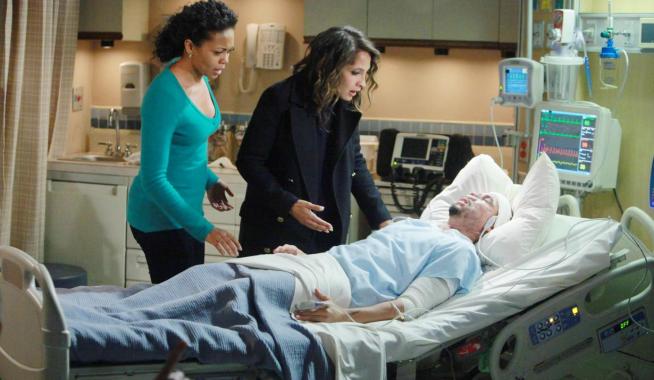