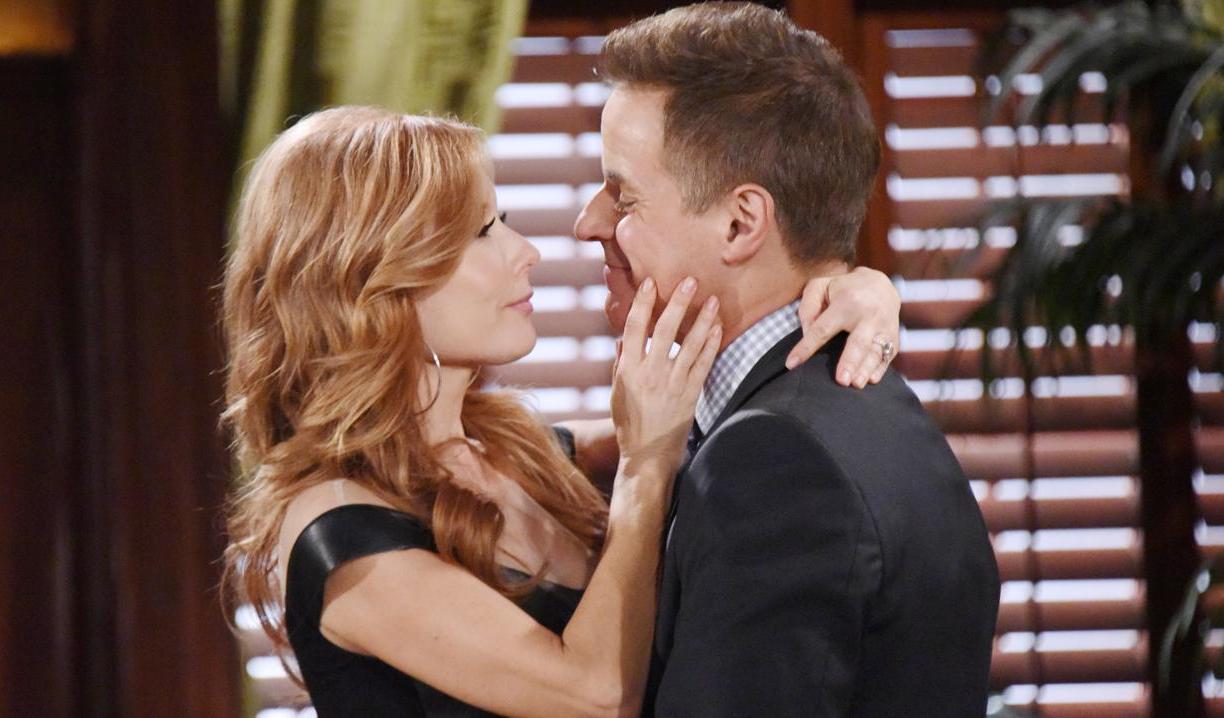 Chuck Pratt’s final episodes were as frenetic as ever, while simultaneously being predictable. Nick/Victor clashed with Sharon/Dylan just as the judge called court back into session, Devon fired Hilary, and Travis left town on the heels of his character being irreparably trashed. Wednesday brought Sally Sussman’s material, which kicked off with an Abbott family breakfast featuring flashbacks of John, a mention of Mamie, and the return of Mrs. Martinez. Impressively, the sense that the heart of “Y&R” had been restored was almost instantaneous. The whole vibe and pace of the show changed; like a living, breathing thing taking a deep sigh…this is the way it’s supposed to be.

3 minutes in, and the show feels sooo different. I'm in. #YR

I absolutely LOVED today's #YR. Welcome Kay and Sally. Felt like I was at Grandma's again. Psyched!!

That’s a wrap.
Sussman made short work of the Christian visitation hearing by skipping courtroom scenes and having characters reveal that Sharon and Dylan were denied through dialogue. That left Sharon and Dylan feeling emotional and Nick facing the daunting task of raising the child without his mother. Many were put off by Nick’s whining about Nikki taking Dylan’s side – I’m not sure why he would expect her to be any less supportive of her other son. In any case, it was Dylan who wound up feeling like an outsider as he watched Nick and Nikki with Christian through the ranch window. It will be interesting to see if Nick will end up back in Sharon’s orbit in this storyline considering Steve Burton’s impending departure as Dylan.

Christmas miracle.
The Abbott family breakfast evoked amazing memories (eating cinnamon rolls as I write this!), and was the perfect background for the dynamic among the siblings to be reset, not to mention their true individual personalities being restored. There was exposition of the histories for newer viewers, and plenty of drama as Traci railed at Jack (my favorite part), and Billy showed up to lock horns with his brother after a candid conversation with Jill about being an Abbott. Many noticed that Jill referred to Jack as Billy’s only brother – which appeared to indicate the new regime is ignoring the development of Phillip coming back from the dead. Later, Jack and Phyllis shared a goodbye fraught with tension and emotion that featured Phyllis also acting like her old self as she haughtily invited Jack to go ahead and fire her after he brought up her past dalliance with Nick. Just before this happened, Phyllis’ friendship with Lauren and Michael was nicely re-established and she had offered to do up a proposal to help Lauren with the fledgling Fenmore’s. This, of course, would put her at odds with Jack if he starts sniffing around the failing business as his curiosity seemed to suggest. Happily, Michael and Lauren’s relationship was also brought to the forefront this week, as they celebrated their anniversary amid Lauren’s stress over her company. Loved seeing them as central players again!

The jet-set.
The Newman family circled the wagons as both Nick and Victoria needed support, and again, the dynamics were reset to what they should be as Nikki and Victor discussed jetting off on a trip as wealthy people are prone to do. Victoria’s announcement that Travis had been a rebound from Billy left a bad taste for many; but as mentioned in the last Deconstructing “Y&R,” Travis ended up being nothing like the character we were first introduced to. In any case, Victoria’s determination to move forward without the need for a man in her life was refreshing. Victor, meanwhile, reconnected with Ashley as per history, and it was another move that just felt so right. They always shared a special bond and that was just trod on by the previous regime.

Friday notes.
I was bored at times during Friday’s episode, probably because several of the featured storylines were those I find the least engaging right now; rehashing the Christian stuff (so ready to move on), the GC Buzz gang (it’s still a mystery why any of the characters involved care about this, or why viewers should), Chelsea 2.0 (yawn), and Cane’s too-predictable painkiller addiction. Loved seeing Paul and Lauren reconnecting, and Lauren slugging back a drink in the middle of the afternoon because her nerves were shot…she’s back! It was also nice seeing a glimpse of Hilary and Devon’s home life. Lily’s reaction to Cane’s female physiotherapist, and to hearing Devon fired Hilary, were both great – made me laugh! Lily and Hilary have an entertaining rivalry as long as neither of them gets overly fixated on it. Fun!