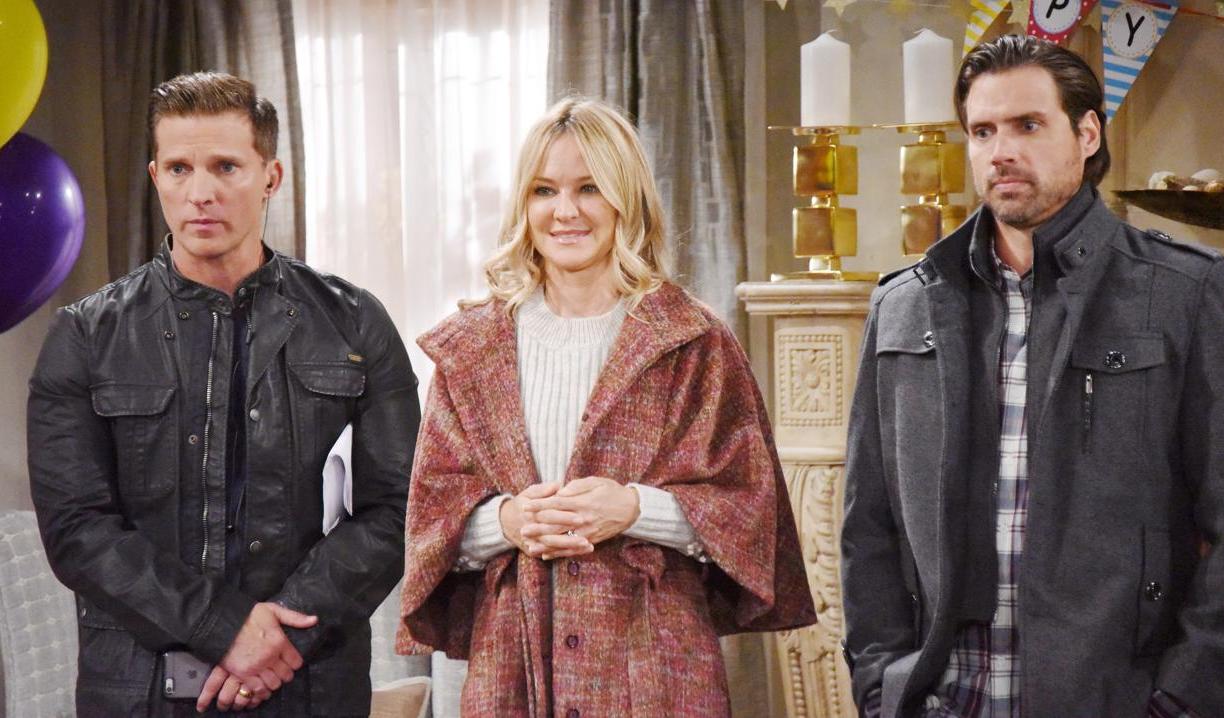 After another week of plot-driven storyline happenings, whether or not viewers agree with all the specifics of her vision, there is no question that Sally Sussman’s character-driven storylines are going to come as a huge relief. Thoughts:

Once a cheater?
Having Travis cheat on Victoria with Michelle was set up to look like a completely believable development, and yet somehow it still didn’t sit right. Travis has shown a great deal of self-control and mental fortitude in a variety of situations since arriving in Genoa City. Sure he had an affair with Michelle before, but it’s an entirely different situation now that he’s so much in love with Victoria…a factor that wasn’t previously in the mix. Anyway, he did it, and Michael Roark played his disappointment in himself perfectly. It was all downhill from there as he suddenly became written as a semi-smarmy guy telling Billy to mind his own business and having to be threatened into coming clean. If he were written as having the same integrity he had previous to this incident, he would have confessed to Victoria immediately and volunteered to leave the house. So tired of characters suddenly behaving differently to suit the plot. The best ‘soapy’ scenes in all of this came from Ashley confronting Michelle. As we’ve said time and again in Deconstructing “Y&R,” please give Ashley a storyline of her own!

Confession session.
Sharon’s behavior was also all about enabling a plot point this week. In what universe would she think going on camera and confessing to a kidnapping was a good idea and something she ‘had to do’? Made no sense at all! Viewers are all over the place with their allegiances in this storyline, which makes things interesting, but now that the heightened emotions are mostly done with, the allure is fading.

Talking in circles.
The writing is going to have to improve for the GC Buzz gang, as it’s already feeling repetitive. Hilary gets a ‘juicy’ story, acts angry for no apparent reason, Devon talks her down, he gets threatened by Victor, Hilary agrees to run a watered-down version of her story, but then she secretly records someone and a variation of the same cycle starts all over again.

Grim gathering.
The kids’ birthday party was a focal point for drama. Some viewers were irked with Katherine’s birthday party becoming all about Christian as she was sent off to the stables. Victor went a round with Chloe, and worked on pushing Chelsea to hook up with Nick, and Billy and Travis butted heads, all of which added interest, though there was entirely too much time devoted to discussing cupcakes. Can you say fast-forward? Nikki and Victor’s reaction to Sharon and Dylan arriving with Nick was typically ‘them’, not much new to see there. Generally I love a good gathering, but this one didn’t really grab me, as even the emotion of Dylan holding Christian and having to leave felt heavy-handed. Oh, and this:

Of the many things Sally Sussman wants to channel from #YR past, I hope one of them is to get the Newman's feeling wealthy again.

Abbott holiday.
Traci arrived to get the Abbott family back in line, and while I love everything about this, the choice to have her not be upset with Phyllis felt, again, like an unbelievable plot point solely written in to enable a Phyllis/Jack reunion. Jack kept up his tiresome denials where Phyllis was concerned and mooned in private. Hard pass.

Tell me that they did not bring Traci back to prop Phack the way that Jill props Villy. #YR

With that said, an Abbott family holiday dinner is definitely a mark in the plus column for the show.

Friday notes.
Travis’ disappointing transformation into a weasel was complete as he failed to truly come clean with Vikki and later tried to seal the deal before she discovered the whole truth by proposing. I’m guessing since Billy (who also cheated on her by the way) has been involved in their relationship and this reveal to a ridiculous degree, that Travis has been sacrificed for a Billy/Victoria reunion that few want to see. In other news, Lily read Cane’s notes to Billy and Victoria over the phone (seriously, during sweeps?), Faith announced she wanted to live with Nick, and Sharon fought with Dylan, which left many just wishing for the baby secret stuff to just end for good. Also, Chelsea and Nick spent more time together in what has the potential to be one of the most boring pairings of all time.