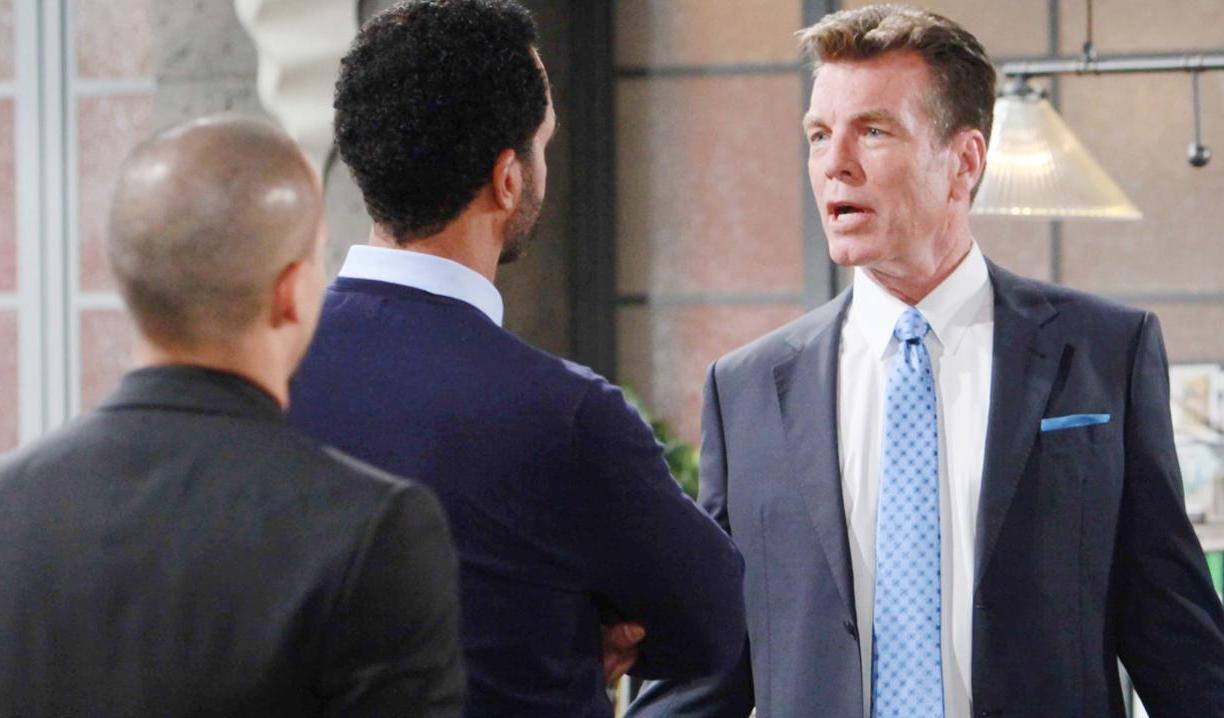 In the wake of Phyllis and Billy’s affair being revealed, we found ourselves watching ‘The Jack Show’, as he morphed back into the revenge-seeking ‘Old Jack’, but as with any good soap story, his reaction created a certain amount of controversy among fans. Thoughts:

Jack’s back.
As hoped for, Jack got his mojo back following the affair reveal, so we not only had numerous deliciously dramatic confrontation scenes and powerful emotional moments, but can also look forward to much more to come as ‘Jack is back’, and has renewed his vendetta against Victor.

With that said, what really makes all of this so incredibly complicated and controversial are the differing viewpoints on Jack’s outrage, and by extension, the anger of those who are taking his side. First, there’s the hypocrisy involved, as they all have cheating pasts, and more often than not, it’s involved a member of their family. Second, for some, Jack’s indignation is ‘too little, too late’. Many feel there never would have been an affair if Jack had shown this same level of outrage after Victor put Marco in Phyllis’ bed and acted accordingly then. In fact, Jack was called out by Billy to take responsibility for his role in alienating Phyllis prior to the affair. As many viewers have pointed out on social media while debating Jack’s reaction, there were problems in the marriage well before Billy and Phyllis developed a connection. Of course there are also the fans who feel Jack did not deserve to be cheated on just because he tried to turn over a new leaf, and who loathe Billy and Phyllis for causing him pain. One thing I think everyone can agree on it’s that this should be the death knell for Phyllis and Jack’s relationship. Though it was amazing to see Phyllis and Michael interacting as besties again, we disagreed with his advice! Anyway, by week’s end, Jack had quit the foundation, ordered Phyllis out of the house, his life, and the company, and in a disturbing turn of events, she ended up unconscious at the bottom of the staircase. Yike!

News: Kay Alden back to Y&R as story consultant

Past, present, and future.
Aside from Jack’s troubles, Victoria and Travis’ relationship was once again in the spotlight this week. Jill, hilariously posing as a legit jogger, ‘ran into’ Travis, who actually was out for a run, in the park and in an embarrassingly transparent attempt to wrest Travis’ attention away from Victoria, offered him a glamorous power position…in Hong Kong. Travis, slightly amused, called her out on it and turned her down, noting the price tag was still on her sneakers as he departed. So funny! What followed wasn’t so funny as he gauged Victoria’s reaction to Billy’s declaration of love for Phyllis to be lingering feelings for her ex, and decided to give her space…by moving out. This guy’s a straight shooter and I love it. Anyway, she later had an epiphany and convinced him to stay, but was it real, or was she working to convince herself she is truly over Billy? Time will tell, and here’s hoping they’ll give Travis something more to do and/or ties in Genoa City if he’s sticking around.

Hub-bub at the Club.
The Winters family were involved in Jack’s drama as Hilary tried unsuccessfully to be a friend to the wronged one, Lily worried about the foundation and Neil (and fended off nasty tabloid reporters, hehe!), and Cane kept Jill in the loop as to Billy and Victoria’s bickering and Phyllis’ statement to the press. Neil is now the sole head of the foundation, but here’s hoping he will be doing more interesting things than advising people to ‘work the steps’ moving forward. I still can’t understand Cane’s willingness to hang about the periphery of Jill’s manipulation of Billy and Victoria in hopes that she’ll throw him a bone (or a division). Devon and Lily were back to arguing about Hilary, which felt like something we had moved on from…new fresh stories, please!

Be careful what you wish for.
Kevin expressed concern to Michael about Chloe hiding something, and Michael, oddly I thought, advised him to keep his head in the sand if he wanted to hang onto the relationship. Naturally, this means that the issue will come to a head sometime in the not-too-distant future, haha.

Friday notes.
Billy, Paul, etc. all know Jack wouldn’t have hurt Phyllis intentionally so that angle felt slightly ridiculous… Abby feels no spark with Ben, and Ashley was back in his orbit – love it. Couples with actual chemistry should be together – it makes the soap worth watching… Speaking of which, Kevin and Chloe kissed and fans cringed. Do we really have to deal with this again? They’ve no couple chemistry! Faith spending the night with two toddlers, and Chelsea trying to bond with Mariah was just weird, and way too obviously written to place Mariah at the penthouse when Kevin and Chloe return from their date. Save Mariah from this mess please… Billy waking Phyllis up with a kiss had many gushing, but my next thought was that she’s probably lost her memory. You know, just to make things even more complicated.