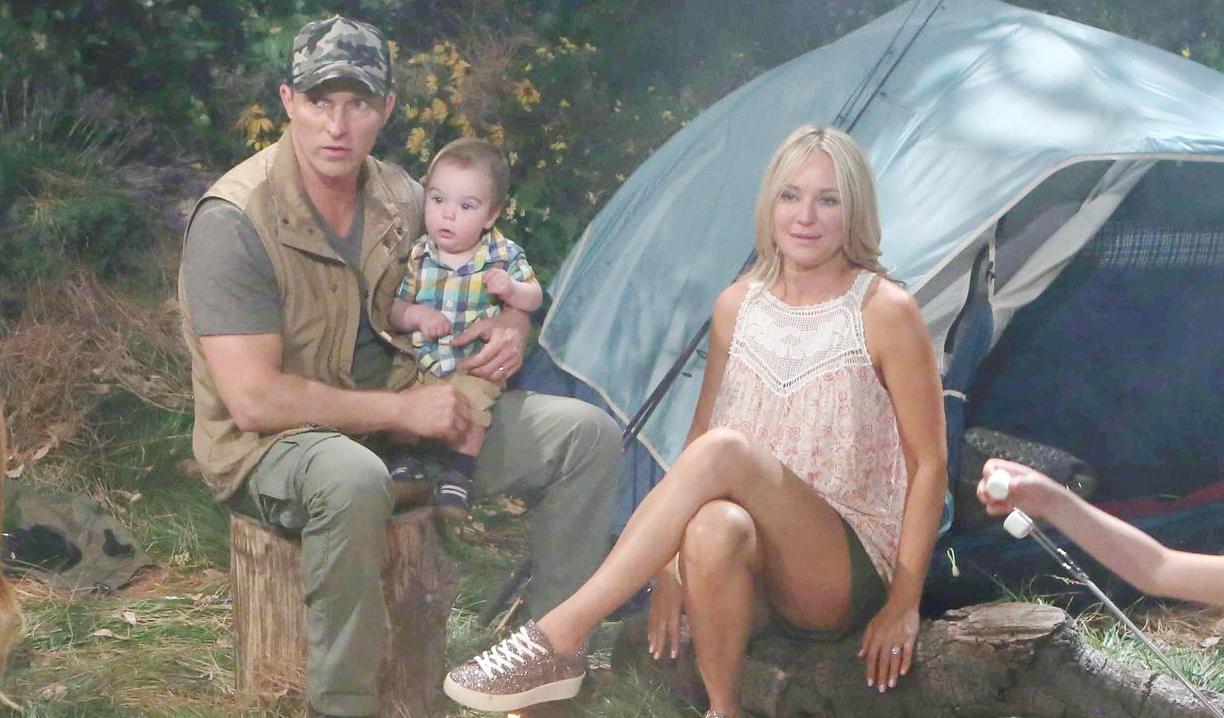 While much has already changed for the better since Mal Young took over from Jill Farren Phelps, the phenomena of “Y&R” persevering with unpopular offerings lingers on. In fact, the sheer level of commitment to some lackluster match-ups/dud characters/ill-advised writing choices might border on the fascinating…if it weren’t so frustrating. They’re even resurrecting past errors in judgement now, as evidenced by Kevin’s renewed fixation on his chemistry-free relationship with Chloe, which never should have left the friend-zone. Examples abound. When Stitch was splitting up with Victoria and had such great sizzle with Ashley, writers said, “Cool, we’ll put him with Abby.” When fans noticed the chemistry between Luca and Victoria in a fantasy scene, the powers that be wasted no time hooking him up with the sour, unappealing Summer instead. I know viewers have loads of other examples where “Y&R” should have cut their losses and moved on. Thoughts:

Fish guts, no glory.
Perhaps the Shylan family camping trip was offered as a bit of comic relief for fans impatient with the secret storyline, and it had its funny moments, especially when Faith blurted that she wanted to tell the story of the Baby-Switching Ghost and mentioned Sheila Carter! What wasn’t as fun was watching Dylan so earnestly trying to make it a bonding experience given what we know. For some viewers it just felt like time-filling until the inevitable happens.

Crocodile tears.
Thankfully, we saw a flash of the old, savvier Adam this week when he immediately bought a clue when Chelsea told him Chloe was back, and realized she was Victor’s accomplice. Chloe seemed to snow Chelsea, who is supposedly a world-class con, but I didn’t think Adam bought into it judging by the way he exited and said, “It’s been enlightening.” Chloe couldn’t resist making two remarks that belied her claim of forgiveness. First, she observed that Adam was locked up while she was with Chelsea and Connor, and second, she noted that Adam would have lots of time inside to think about how it feels to not be able to see your child. Giveaways! Her smirk at the end of the scene was fun, though as observed in the last blog, Chloe’s situation is also kind of sad and untenable.

Knock up your girlfriend.
The reaffirmation of Kevin and Mariah’s friendship was the highlight of the DNA test scenario, as it was frustrating to see Kevin wallow in the past and push himself on Chloe, who never quite felt as strongly for him as he did for her…though it was sweet he wanted to be Bella’s dad. Interestingly, it’s been suggested that a jealous Natalie may have hacked in and changed the DNA results, though Chloe seemed confident of the outcome and not surprised…so who knows? Twitter fans weighed in on the results:

Never trust the results of a paternity test on a soap opera. So, to me, Kevin is still possibly the baby daddy. #YR

The summer of Summer.
For the longest time Summer was written as a sulky, rather clueless girl who seemed to have a dark cloud following her from scene to scene. Summer’s failure to side with her mother over Victor after the Marco debacle did nothing to improve the character’s appeal. Consequently, the big focus on Summer working with Grandpa, Summer’s pregnancy scare, and Summer’s engagement, while other female characters languish on the fringes, has some viewers feeling disgruntled. That said, Luca’s Spanish-laced proposal was good for a swoon, and it was kind of funny that Nick’s advice was what pushed him to pop the question, hehe. Nick will probably bungle things further by returning with evidence against Luca just in time for the wedding. Ha!

Whine of the week.
Stabby was back on track for about five minutes before there was a promo of Abby whining about Stitch not trusting her. Between Stitch not putting her on the list at Max’s facility, and not wanting to try for a baby, maybe he’s seeing the light where this relationship is concerned. Here’s hoping.

Business beats.
Billy and Cane’s bickering was entertaining, but it still feels silly that Jill is playing them against each other and they’re going along with it, given that they’re not 20-somethings. Billy remained hyper-focused on Phyllis going into the board meeting, which was fun. That board meeting blew up! Between Lily, Hilary, and Phyllis, it was one zinger after another. Billy leapt to Phyllis’ defense but then nicely covered by claiming he was there to do business. Hehe, sure. Hilary nearly lost her board seat, but kinder, gentler Jack Abbott voted for her to retain it after her last-minute announcement about a lawsuit settlement. I miss the edgier Jack, and like the more assertive Devon.

We’re not selling beer!
Victoria played right into Jill’s hands once she got her tipsy on rum, and while some elements of this were a bit of stretch, it ended up being fun. Even though the character of Billy has changed quite a bit since Billy Miller’s version, it was nice to have such a caring scene between exes.

Anticipated twists in Neil's past...