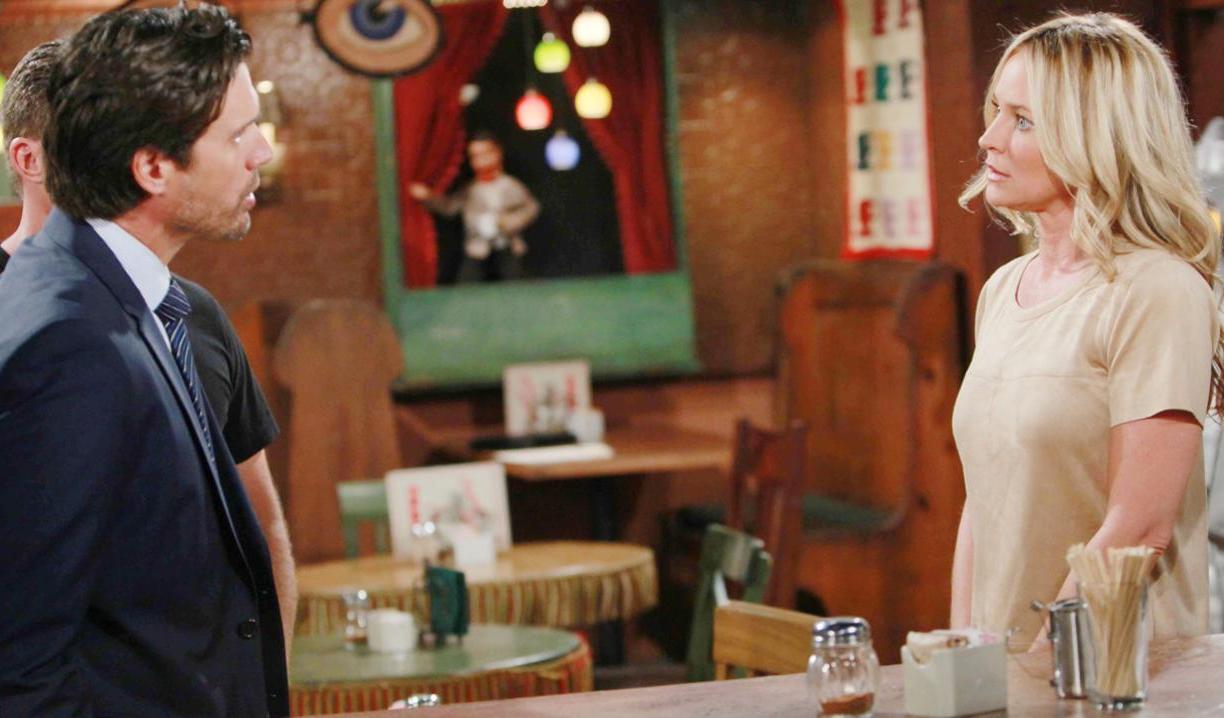 It’s frustrating for viewers when a secret is drawn out too long. Fast-forwarding kicks in as it becomes less interesting, it begins to feel ‘ridiculous’, and enthusiasm for the storyline declines. Case in point, Sharon keeping mum about Sully’s true identity, which the writers seem to be planning to milk until everyone in town knows except Dylan and Nick, and Hilary’s personality change/agenda, which has gone unexplained for months. Viewers also took to social media to point out the excessive amount of ‘stupid’ in the storylines this week. Thoughts:

Baby secret blues.
As mentioned in the last Deconstructing Y&R, Sage haunting Sharon is fun, but the storyline has become tiresome at this point – too many panicky run-ins with Nick, too many times where Dylan (or Faith or whoever) ‘overhears’ something and it’s explained away, and too many repetitive arguments between Mariah and Sharon. Mariah was tempted to tell Kevin, so that will probably happen, and yet another person will know before Dylan and Nick. Then there can be weeks of debate between Mariah and Kevin about the morality of keeping the secret, and…bleh.

Leave you with something…
Another storyline featuring a mounting number of ‘near-misses’ and ‘near-confessions’ is the Billy and Phyllis affair. While it has been fun to see the beats being played toward a slow reveal, if it goes on too long it will get tiresome as well. That said, if Phyllis is avoiding sleeping with Jack, and Billy is jealous of Victoria being able to show off her new love at the pool bar, it shouldn’t be long before something gives.

Sabotage.
At Newman Enterprises, the word of the week was ‘sabotage’ as Nick and Victoria and the gang tried to figure out who might have the desire and/or the means to cause big trouble for the company by causing oil leaks (it’s still ridiculous that they suddenly have an oil division, but we’re running with it). This led to a confrontation and punch-up between Luca and Travis, who each have a different version of events. Luca, being a snake (and a peacock), seems the most likely to be the liar in this scenario. It’s easy to imagine him goading Travis into a fight and using that to further his agenda. But, then again, if Travis is innocent, what would Luca have to gain by breaking up him and Victoria? It seems far less likely that Travis is lying, or has an agenda, but what a twist it would be if he was sleeping with Victoria while undermining her company! Who to believe? Kinda’ loving this! Other viewers are too, as they weighed in on the ‘who to believe’ question on Twitter:

This #YR sabotage plot line's got me going. I keep getting ready to Google Travis Crawford, then I remember it's TV and he's not real. ???

In the midst of the sabotage drama was Summer, believing Luca and even defending Victor’s innocence in what happened to her mother. Really? He may not have ‘intended’ it, but what else was going to happen if Phyllis believed Marco was Jack – also, he didn’t stop it! What writing for the offspring of Phyllis and Nick. Social media was alight with comments about ‘Dummer’ after this week’s episodes:

Summer: What happened to my mom is not on grandpa…#YR pic.twitter.com/H3G2JBzX0p

A son who loves his father.
Adam’s case is a real mess as Victor had his accomplice (yes, I think it’s Chloe!) plant more evidence. When Adam freaked out and yelled that this whole thing is stupid, he wasn’t kidding! The frame-up is so basic I’m almost embarrassed for Victor, heck even Dylan should be able to see through it, and the red herring designed to make us think Natalie is the one framing Adam was also too obvious – although she could be doing something else for him. Previous to that there was another raw meeting between Victor and Adam (love!), and several of the repetitive conversations between Chelsea and Adam where she worries/questions him and he reassures her. Bleh. Looking ahead, there is a testimony showdown shaping up between Victor and Ian, whom Adam promised to help escape. With the warden having told his guards to ‘shoot to kill’, could either Victor or Ian pull off an escape while the other gets shot? In related news, Nikki had another utterly frustrating face-to-face with Victor as she shared their divorce news. I don’t know why she bothers – she never gets any satisfaction. Anyway, Paul comforted her afterward…wonder if that was significant?

Hijack?
Jack went from furiously confronting Neil about kidnapping Hilary and planning to turn him in, to trying earnestly to convince Neil why he deserved to be spared in the space of a few episodes. Whatever suits the plot at the moment, I guess! Anyway, Hilary’s presumptive plot to dispose of Devon and land Jack progressed nicely, as she managed to garner Jack’s sympathy and support in what is another ongoing mystery – why does Jack feel protective over a woman who blackmailed his sister when she was dying? Hilary even had him pleading with her not to leave Genoa City mere minutes after she dumped Devon, who finally got confrontational enough to give her an excuse to walk. In the process, she shrugged off their love, which was once so all-consuming that they couldn’t help but carry on behind Neil’s back, and dismissed it as something that never stood a chance. So much crazy going on in this storyline. I thought the scene where Hilary started screeching, grabbed Jack and forcibly pushed him out of her suite seemed so over-the-top that it would lead to a reveal about the coma drugs being behind her bizarre behavior, but again it was a calculated move. She keeps saying that this is always who she was, yet many still feel there was a drastic change in her post-coma. Confusing! 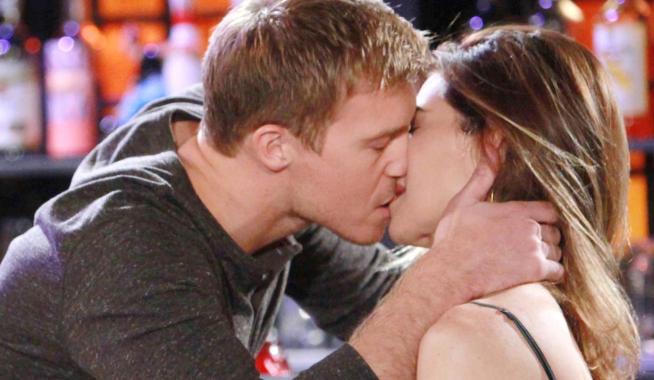 Deconstructing Y&R: Intriguing pairings give Genoa City fans something to talk about 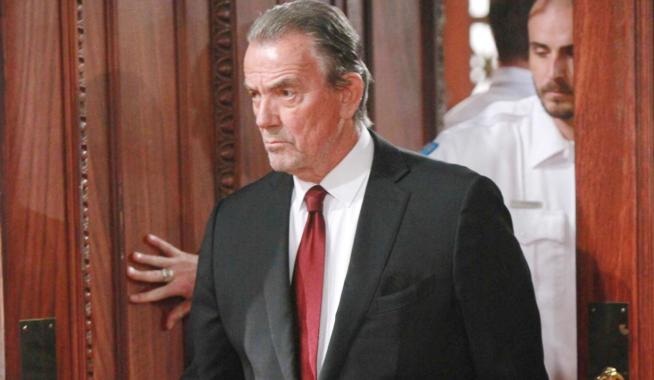