Deconstructing Y&R: Too many baby secrets, car wrecks, and deaths? 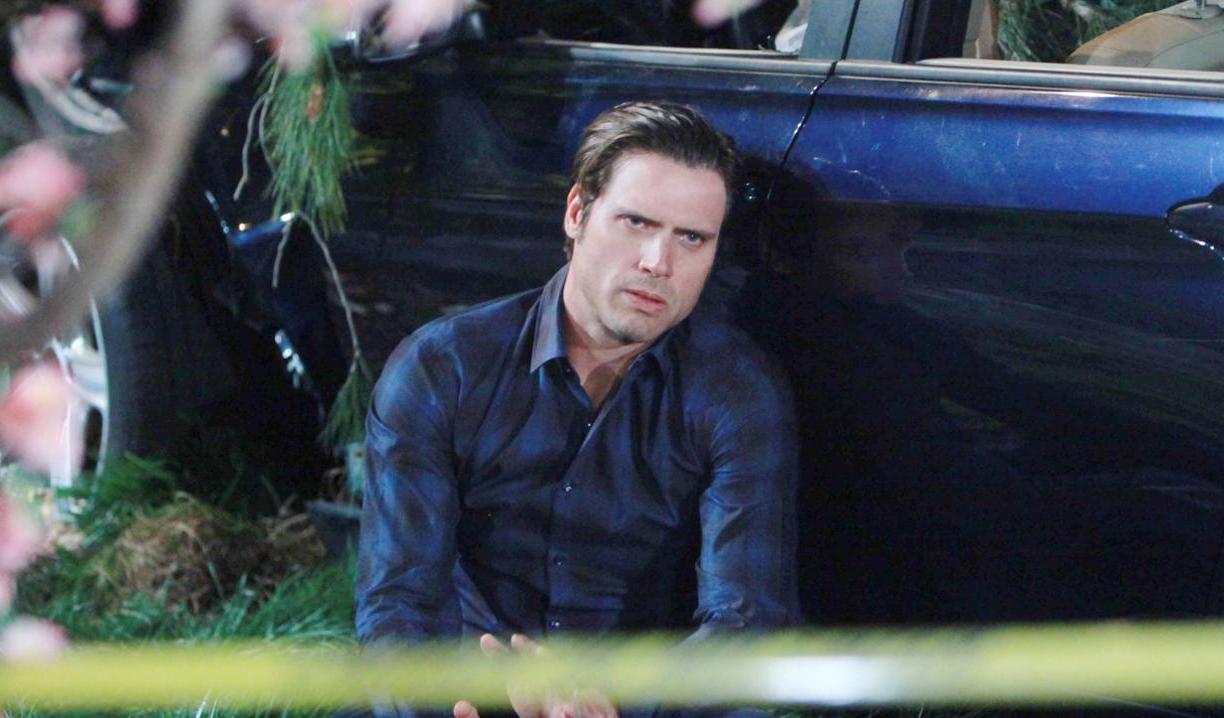 The twist of Sage’s sudden death has kept the secret of the baby’s true identity going longer, but how long is too long? Many were disappointed to see Sharon keep yet another baby-related secret from Nick, and, also, some viewers seem to be suffering from Plot Device Fatigue Syndrome from the repeated use of the same type of crises, such as car wrecks, as a means of supplying drama. Thoughts:

Communications from beyond.
It was really bizarre how casually Sharon broke the news to Chelsea that Sage was gone. “Oh, you didn’t hear? She’s dead.” I found it odd! Anyway, Chelsea then told Adam, who had a ‘moment’ over the loss of Sage, before realizing she had been trying to contact him about Christian at the time of her death. This led to a lot of speculation about whether she’d figured out he was her son’s biological father, which was later confirmed in the letter she left him. Totally a stretch that Sage would have somehow come to the conclusion that Adam changed the DNA results, wrote a letter to thank him and filed it with her will, and yet never said a word to him about it!

Don’t know how to move on.
Sage’s memorial and will reading were arranged and completed at warp speed! While Nick’s roadside rage was believable, his rant at the memorial was just silly – it was so obvious that he was going on and on about losing his son (instead of Sage) because it tied into the plot and Sharon being there, and worse, he carried on like he’d lost everything, when his other children were sitting right there! Sharon stood up and it appeared as though she was going to tell him his son was actually alive, but of course she didn’t, and her decision to keep yet another DNA-related secret from Nick has some viewers feeling fed up. With Adam having burned his letter, it’s anyone’s guess how or when the truth could come out now.

Family ties.
Victor is clearly plotting to make inroads with Meredith in hopes of making his way through her to her father, ‘The Gatekeeper’. She’s letting down her guard with him, so The Mustache’s plan could soon be a go. I wonder if he’ll take his sidekick, Ian, with him or leave him behind in the clink?

With me now.
Luca has burned bridges and tried unsuccessfully to worm his way into lives and workplaces all over Genoa City, yet Summer went off on her brother and aunt for not respecting him. Oy. It’s kind of silly that Luca is even still trying to sell his ‘services’ to anyone in town, let alone to Newman Enterprises, but it’s downright hilarious that he’s telling Summer she could end up running the company under his tutelage. Are you kidding? Summer grilled Luca about his visit to Victor, and still did not see that he is using her. No wonder some viewers call her ‘Dummer’! Luca, meanwhile, is spying on Victoria, and learned she’s been hanging out in a dive bar…

Life as a country song.
As mentioned in the last Deconstructing Y&R, Victoria crossed paths with that hottie bartender at Hank’s Bar, and things got a little more interesting as Victoria told the hunky Travis that she was ‘Tori’, a receptionist. It turns out Travis doesn’t care for high-on-the-hog executive types who go slumming, so it’s probably a good thing he doesn’t know she’s CEO of Newman Enterprises. As some on social media have noted, Travis must either be new in town or has been living under a rock not to recognize her as a Newman. Or maybe he does and is just playing along because he has an agenda. Hmm… Either way, the pairing garnered an immediate following on Twitter:

Travis & Victoria would be a cute couple! #Tricky #YR

Thank you for finding Victoria's smile. It's been missing for a while.

Right here and right now.
Victoria’s ex, Billy, is also moving on…or is trying to…with his brother Jack’s wife. Uh oh. Of course this has been coming for a while and despite all the logical reasons why it’s awful and shouldn’t happen, the Philly chemistry is selling it. I was riveted when he spoke in that low sexy voice to her about wanting what he could see and touch, and then pulled her into that deep kiss. Sigh. Phyllis didn’t pull away immediately either. She’s fighting the attraction, but was clearly jealous of former model Fiona giving Billy ‘shelf space’ and being at his house for a ‘ride’. It’s only a matter of time…

He needs help.
Abby is not irritating me for once, perhaps because her accusations are driving the Max storyline to a resolution. It was surprising she’d make such serious accusations toward her spouse’s child based purely on instinct, and yet it worked because viewers were eager for the truth to come out. Dylan’s discomfort in dealing with the situation was palpable every time he showed up at Stitch’s suite – I felt for him! Anyway, Max ran off when forensic evidence came back, and regardless of the outcome, Abby and Stitch’s marriage will be tested, but this writing regime seems loathe to break up the couples they jam together, so it may survive in the end.

Whoops…there it is!
As much as the change in Hilary makes no sense, her bitchy, bait-y scenes with Ashley and Neil are definitely entertaining. She wound Neil up to the point where I was sure he’d stand up on his barstool and shout to the world that he was her kidnapper just to shut her up. Instead, it was just Cane who overheard, and he was floored by the revelation. Juicy!