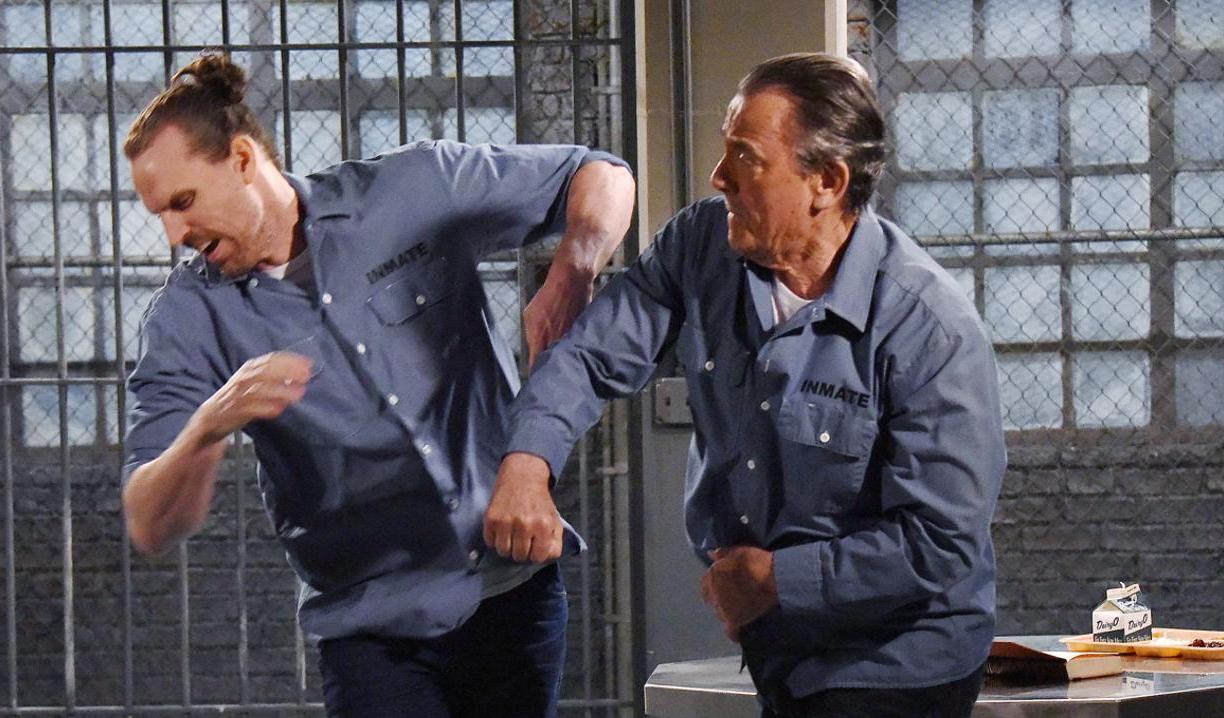 This week, “Y&R” had viewers wondering if there will be a Philly hook-up, when the truth about Sully/Christian will be revealed, and if there is a reason for Hilary’s personality change. While some (me!) were getting a kick out of scenes surrounding Victor’s prison storyline, it wasn’t as popular with others. Thoughts:

The mighty Mustache.
As mentioned in the last Deconstructing Y&R, the elderly but tough-as-nails Victor Newman wiped the prison floor with his younger punk cellmate, and although he was unlucky enough to later get shanked in his sleep (while dreaming of Victoria groveling, hehe!), he remained decidedly hard-nosed. Yep, from the moment Victor regained consciousness in the hospital he was in full badass mode – with raspy voice and trademark stubbornness, he rejected his wife’s attempts at comforting him, refused to snitch to the cops even though his life was in danger, calmly called Adam in and announced that he was a dead man and arranged for the black sheep son to avenge his death, and then faced his return to the state pen without blinking an eye – he even refused painkillers for his wound, which was still bleeding! Back in the slammer, Victor laughed in the face of Ian Ward, the man who may or may not have been behind the attempt on his life. Legend. Oh, and here’s an interesting theory on the stabbing:

Phyllis is the one,not Ian trying to kill Victor #YR

Less passive, more aggressive, please.
Adam missed a ‘big meeting in Chicago’ to answer his father’s summons, much to Chelsea’s chagrin, and while he didn’t reveal to Nick the true nature of his conversation with Victor in the hospital, he did tell Victoria, while also reassuring her he wasn’t making a power play to return to the company. Boo. Perhaps edgier Adam will make a return – with his wife’s permission of course – now that Chelsea’s decided she no longer wants to be a shrew and a harpy, and is taking advice from none other than Anita, who counseled her daughter to let Adam ‘be who he is’ and to push him to grab the golden ring at Newman. Hehe.

Love, liquor, and lawsuits.
Victoria and Billy’s relationship had already hit the skids, and this week the remnants were sort of dragged along the ground and got road rash. Billy got drunk and hit on Victoria when she was trying to be businesslike and professional, and she was just pissed off enough to go ahead and file a lawsuit. So much for ‘making things right’ like Jack wanted. Whoops. Meanwhile, Jack was back to flower-y speeches with Phyllis. A thousand ‘ugh’s. Methinks Phyllis was avoiding celebration drinks with Billy because she knew deep down it would only take a little liquid loosening of the inhibitions and they’d be all over each other – and they might not be able to put on the brakes. As for the Passkey lawsuit – meh. The Passkey plot has provided ongoing conflict with Jack and Billy, the Abbotts and Newmans, and brought Phyllis and Billy together, but most viewers are tired of hearing about it by now, and it’s done nothing for the younger group involved – Kevin, Mariah, Natalie, and Summer spent an entire episode whining about having to give depositions. It’s such a drag the way the younger people are portrayed on this show – instead of indulging in parties, love affairs, adventures, or essentially anything fun, they’re all sitting around sulking and sniping in a coffee house much of the time.

Bye-bye baby.
Developments in the baby-stealing/adoption storyline were ongoing and much appreciated. Shawn’s departure with David seemed abrupt, but wasn’t unwelcome, as the story was unpopular. Notably, many weren’t able to even feel for Sage losing out again. The whole Shawn plot seemed geared to driving Sage back to obsessing over Sully, aka, her own child. This growing attachment will likely cause conflict with Sharon, who has conveniently begun to remember things from Fairview – like creepy Nurse Stevens. Hopefully this will all ramp up to the reveal that Sully is Christian.

Secrets and side effects?
Hilary, still behaving rather obnoxiously for no apparent reason, unleashed her venom on Devon when she discovered he had asked Neil not to give her a seat on the board of his new foundation. Devon, who is now the new Nikki, explained he was trying to ‘save her from herself’, but it was no go. Later, over in lab land, the secret of Ashley’s life-threatening illness came out and Devon, upon hearing that Hilary had known, realized his wife had used the information to get Ashley to step down. When he confronted her, Hilary ranted about how incompetent everyone was, and even threatened to oust Devon himself. Yikes. In other fallout from Ashley’s secret, Abby, predictably, threw a tantrum about not being kept in the loop, and then she and Stitch each had some realizations about where Ash’s head had been when she made certain decisions about her love life. Stitch also butted heads with Neville upon realizing he’d fallen for Ashley. Ben outed Neville’s crush to Ashley and Abby, who decided to do a set-up via flower arrangements. Sigh… Sorry, just can’t see Simon as a sexual/love interest for a woman like Ashley. Anyway, Ashley will still be busy dealing with Hilary by the looks of things. At week’s end they butted heads over an issue and Devon took Ashley’s side. We all know how that went over! Hilary informed Devon, who pointed out she had been acting differently since the accident, that her new outlook was not a side effect, just who she is. Really? Then who was the person who was so warm and caring that she couldn’t leave Neil when he went blind, and stayed with him, sacrificing what she truly wanted, for eons? Anyway, Lily and Cane got wind of what she did to Ashley and denounced it as disgusting. They also discussed business, and whether Cane might be missing the corporate world. Could that have been a hint of what’s ahead for him? 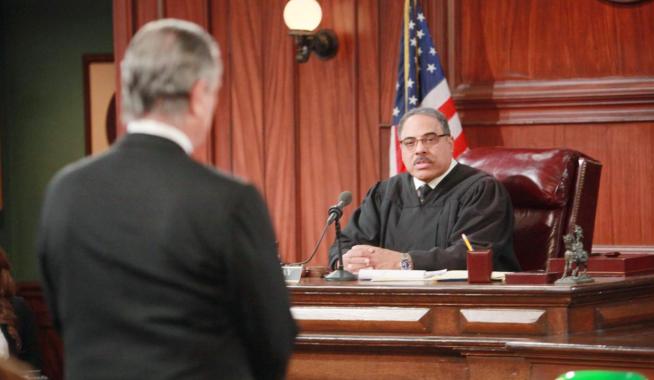 Deconstructing Y&R: It's "Save Your Spouse From Themself" month in Genoa City 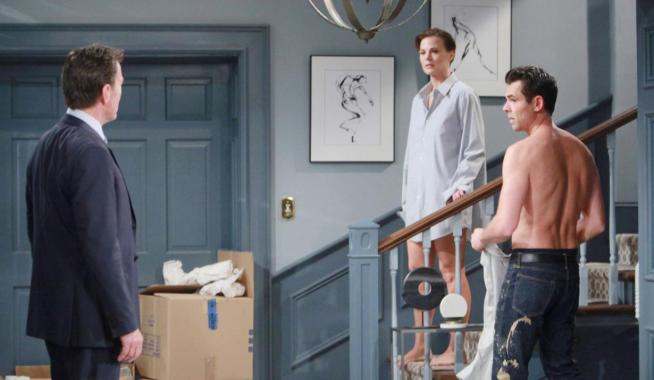