Deconstructing Y&R: Love in the afternoon fires up Genoa City 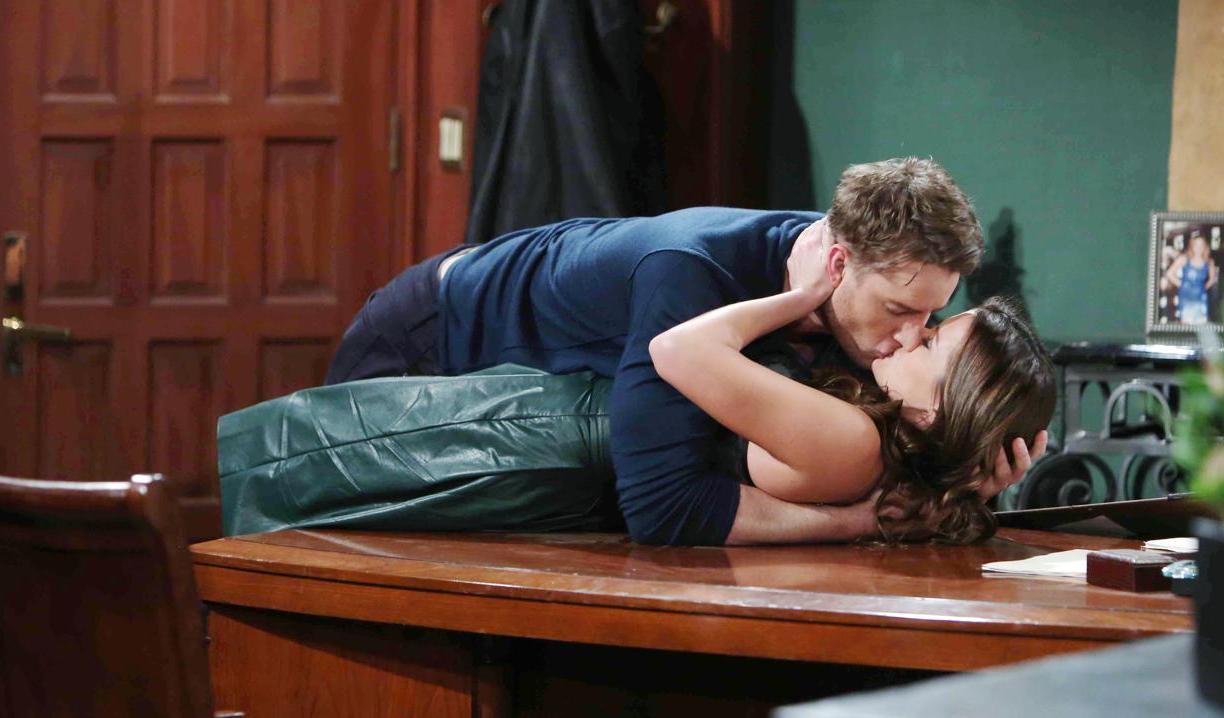 While there was a certain amount of criticism on social media about the believability of some “Y&R” storylines, there was a healthy dose of ‘love in the afternoon’ in Genoa City that was much appreciated. Thoughts:

Kinda’ dumb.
There were quite a few comments on social media this week about the storyline surrounding Dr. Anderson being stupid, and some of it surely is a stretch. As mentioned in the last Deconstructing Y&R, we don’t know Anderson’s agenda, yet how would she be realistically able to work any agenda on Nick and Sage if they just had nothing to do with her? They’ve gone to the point of Nick kissing Anderson, and Sage getting herself committed to get the scoop on this woman, when they could have just gone on with their lives as if she didn’t exist. Realistically, Sharon, even off her meds, should have questioned Anderson’s intense psychoanalysis of Sage based on a few run-ins at the coffee house and seeing her hold the baby for two minutes. She should also question Anderson showing up at her house on a regular basis! Also, Nick probably should have twigged by now that he once knew a Sandy who looked remarkably similar. Even the books on paralysis didn’t appear to help Nick buy a clue, so I’m not holding out much hope that he’ll solve the mystery. Anyway, the story, love it or hate it, has been moving at a decent pace, and should kick into high gear with the return of Patty. Nick also confided in Sharon, and it remains to be seen how that will play out.

A kinder, gentler Adam Newman?
Well, Adam’s life had just become a giant headache by week’s end. He rushed to gloat about besting Luca and had the tables turned on him, and had to put up with his wife ranting on and on like a broken record. The only time Chelsea shut up was when they had sex, and even then she was worrying about Victor’s portrait on the wall turning into Adam. Sure their sex scenes are hot, but it just seems like they have the same conversation over and over. Anyway, Adam has definitely changed and softened, as he didn’t even try to call Luca’s bluff over the counter-threat, or even consider throwing Noah under the bus. The cover-up blackmail continued with Luca letting Marisa know she would have to stay with him or he’d turn Noah in. Please. Noah didn’t even know he’d hit Billy and they’re acting like he’d be sent to prison for life. Compared to Adam’s situation with Delia, what Noah did is a minor blip that Victor could make go away with the snap of his fingers…yet Luca will be allowed to run roughshod over Newman Enterprises over it? Ack. Just wait until Victoria finds out that they all knew who hit Billy and kept it from her. Another headache waiting to happen! By Friday, Adam was running around town with Luca on his coattails working to keep Noah in check, and then dealing with Chelsea threatening to move out. Oy. Noah wanting to team up with his nemesis, Luca, to take down his grandfather because Victor held Marisa prisoner for an hour is laughable. Sorry not sorry.

Nerd girl.
The story of Natalie’s project really doesn’t seem to be doing a lot for anyone at this point. I suppose things will shift into a higher gear when/if she finally gets the bug out, but in the meantime, it’s been a lot of this girl with an attitude in a coat, and people showing up at her suite to ask her the same question repeatedly. Of course we have the dangling carrot of waiting for Victoria to find out that Billy is going behind her back with Phyllis, and then we’ll get the fallout from that. Many are hoping it might launch a Phyllis/Billy affair. It seemed that Natalie’s arrival might spice up Kevin and Mariah’s storyline too, but that really hasn’t been the case so far.

A little anniversary scheme.
Jill popped up again this week, this time with Colin, Lauren, and Michael. Unfortunately they were only on long enough to enact a cockamamie scheme to propel Cane back toward Lily, which resulted in the estranged pair hitting the sheets. Many were irked that they seemed to be getting back together abruptly, without any lead-up story being told, but then it looked like it was just a romp after all, as Cane still wasn’t ready to forgive and trust…but then he stopped Lily from leaving with another passionate kiss. So, who knows? I think it’s realistic for bed to be the gateway to getting back together, not so sure about Jill and Colin’s argument being the gateway to bed though…

Flavor of the month.
Hilary had eyes rolling from coast-to-coast when she told Devon that she now wanted to be with him. It seemed she had realized that he was the love of her life after all, and not Neil. Devon, clinging to his last shreds of dignity, turned her down based on her having sex with his father mere days ago, and just being too exhausted with the whole mess to do it again. We understand how he feels! Meanwhile, not willing to miss a chance to stay the center of attention in the family, Neil decided it would be a good time to start drinking again. Sigh. Viewers expressed frustration with the storyline:

This Hilary/Devon story is awful. She was consciously trying to make herself love Neil now? Puhleeze. #YR

So much damage has been done to #Hevon it's really going to be hard to come back from it. The thrill is gone. #YR

David Beckham’s Kids: Everything To Know About His 4 Children With Victoria