Thursday, July 22, 2021: Today on The Young and the Restless, Moses impresses Faith with his caring gesture, Stitch offers to help find Mariah, and Imani is given something to think about. 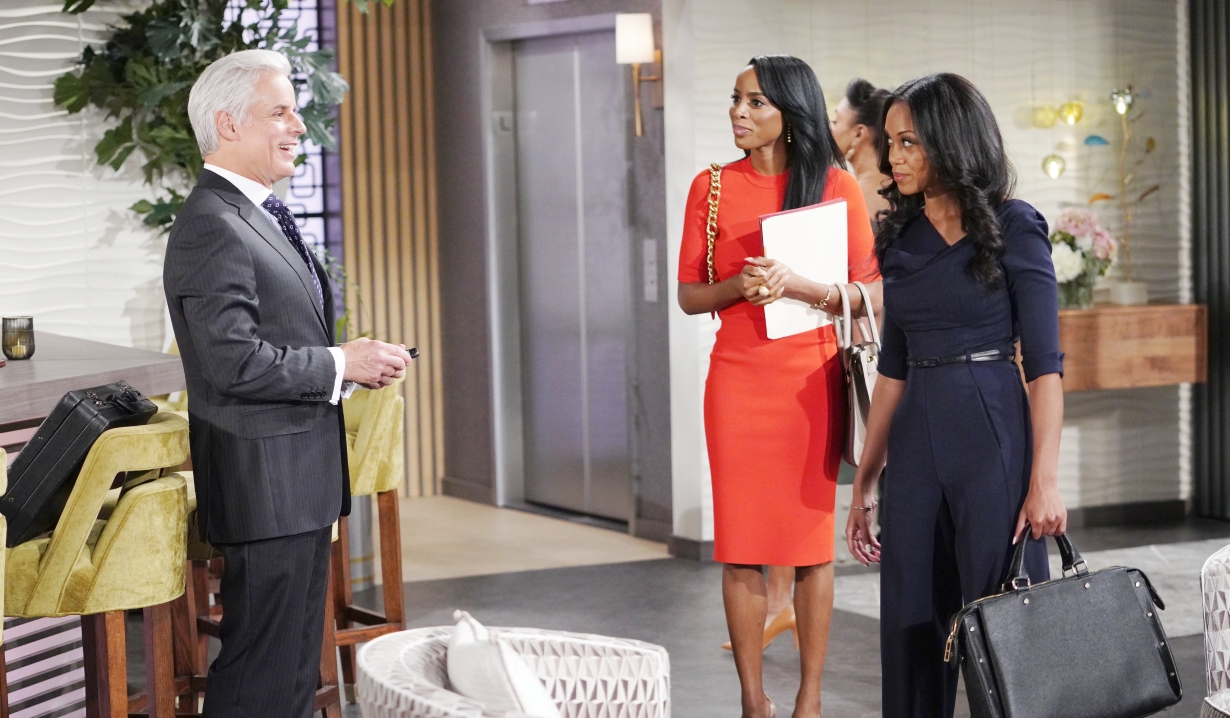 Imani and Amanda meet with Michael in the foyer of the Grand Phoenix. Amanda tells him that Naya falsely confessed and brings out the recording of Sutton incriminating himself. They recap the entire situation and then play the recording. Michael sympathizes and asks when they can bring Naya to his office to get the facts straight. Amanda says it will taking some convincing to get their mom to recant. He promises to issue a warrant for Sutton’s arrest, but points out that things will run a lot more smoothly after their mother comes clean.

Amanda and Imani return to her room. This whole situation is making Imani sick. Her sister can’t even imagine what it’s like to have your family fall apart like this. No one ever made Imani feel as important as her grandfather did. It’s hard for her to accept he’s the same vicious man as the one in the recording. The lawyer assures her that Sutton will pay. Imani knows she’ll land on her feet but wonders where it is that she’ll land. As it happens, Amanda has an idea about that. She’s been thinking of starting her own law firm and suggests that if Imani passes the bar, they can work together. Despite being moved by the suggestion, Imani admits she’s going to need time to do a little thinking before she can answer. 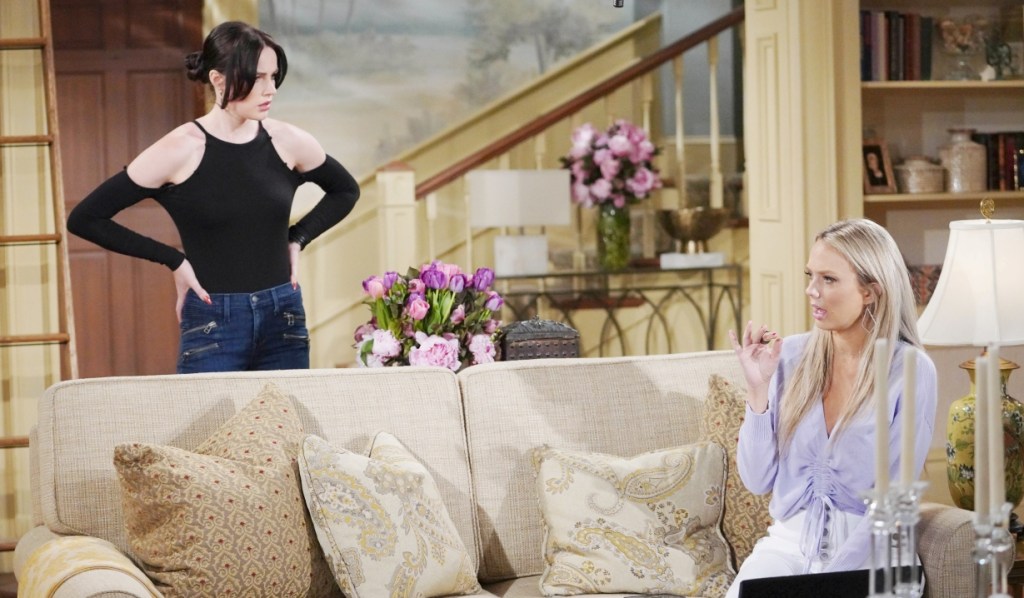 Tessa strolls into the Chancellor estate where Abby is upset because she had a bad dream about Mariah disappearing in a field. She suspects there is more to this than stress. She’s starting to worry there is something seriously wrong with this situation. Nina comes down the stairs and joins them as the women pool their doubts. Stitch shows up, and Nina tries to get everyone to take a calming breath. That doesn’t work. Stitch agrees with Abby that the wording in Mariah’s texts sounds out of character. He offers to see if he can track down where her texts are coming from. Nina reminds them Mariah doesn’t want to be smothered. Stitch announces that he will be taking the Chief of Surgery position at GC Memorial. He has to head home to pack and check on Max before he moves back to town. Abby offers to go house-hunting with him.

More: What could rip Victoria’s heart out 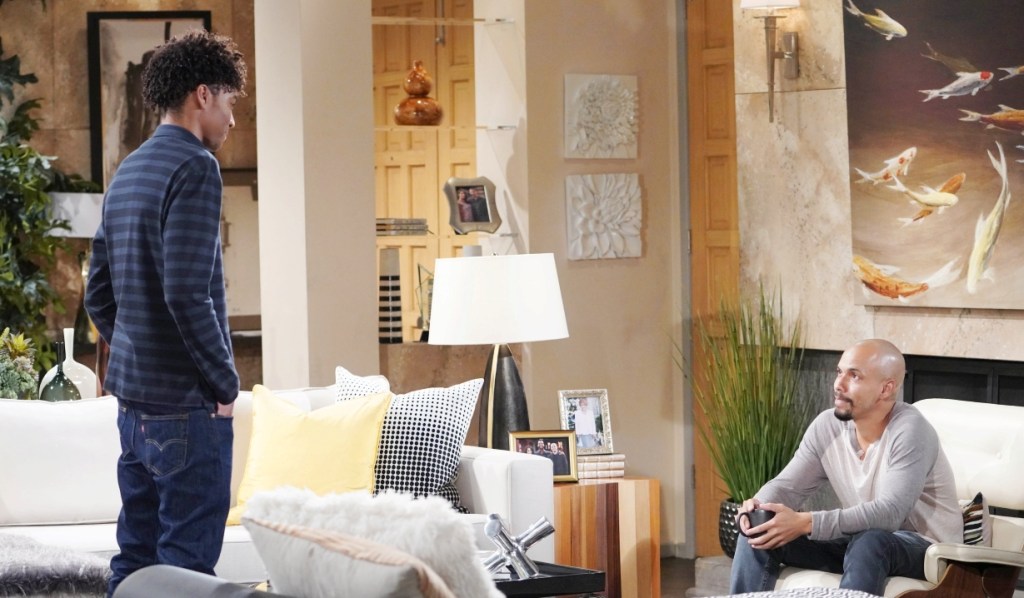 At Devon’s penthouse, Moses tells him he wants to show Faith he cares. Her favorite band is Tigerlily and he knows that Devon has a meeting with them today. Devon offers to get them two backstage passes. Moses wants him to top that. 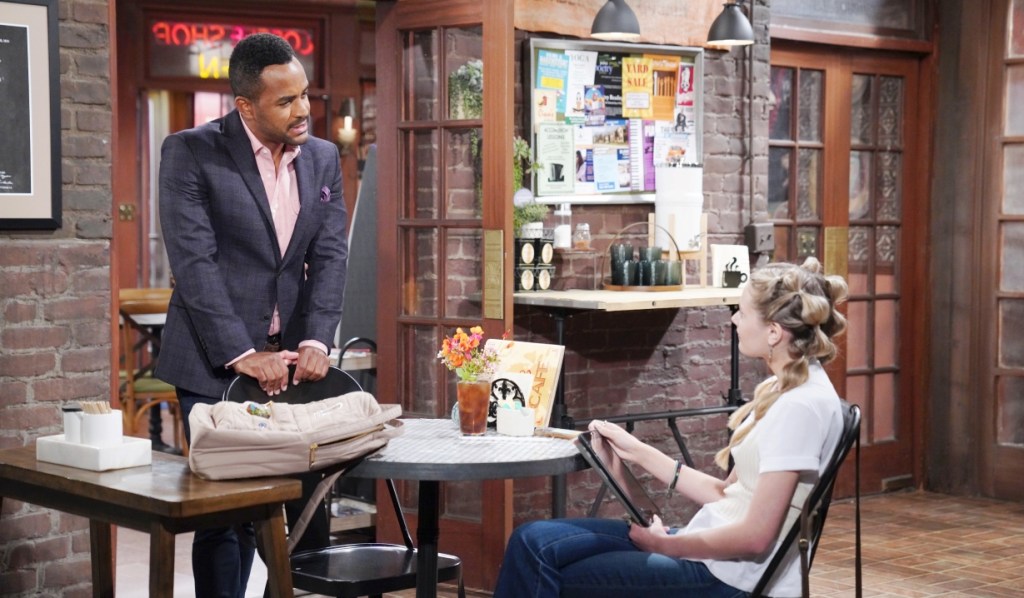 Nate runs into Faith on the patio of Crimson Lights. He was supposed to meet Elena there but just found out she got called in to work. They chat about Moses, who sends her a text that he’s on the way. 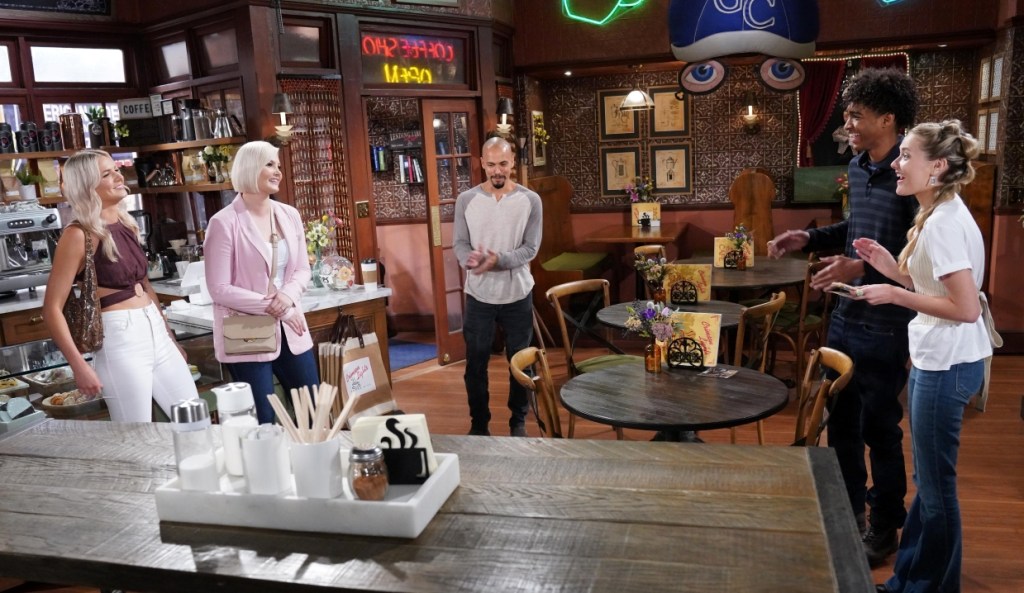 Moses arrives and Faith nearly freaks out when she spots Devon in the other room with Tigerlily. He offers to get her an introduction. They meet the musicians and Faith tells them how important their music has been to her. Moses snaps a shot of them together and Tigerlily ask them to be their guests backstage before bursting into song. After they leave, Faith realizes Moses must have set that up and is impressed that he realized she liked the band. 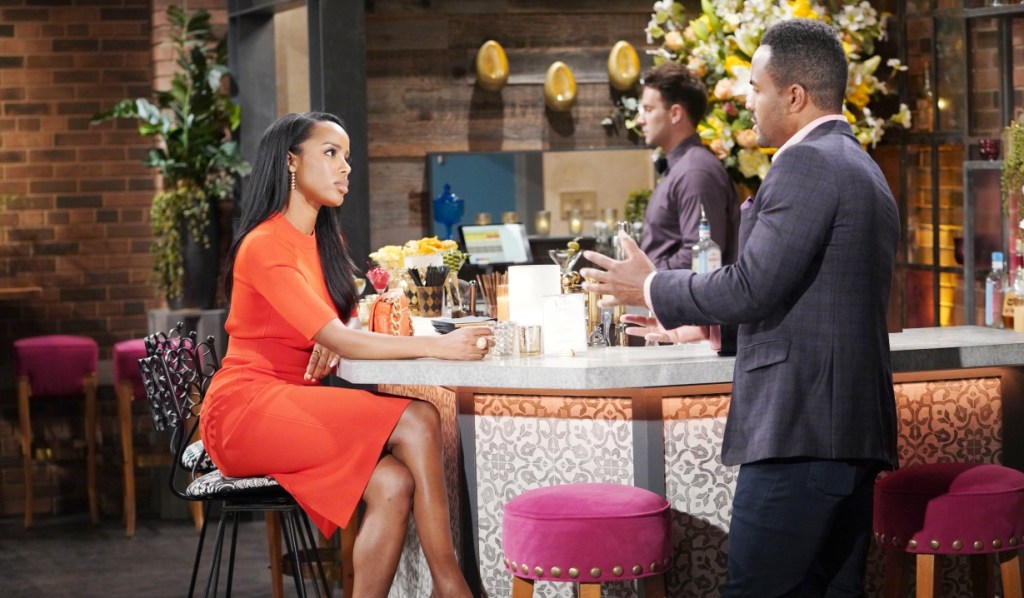 Amanda and Imani join Devon at Society and fill him in on their meeting with Michael. When Imani spots Nate, she decides to stick around to eat. Amanda reminds her that he’s dating Elena. Imani doesn’t see anything wrong with flirting and heads to the bar to join Nate. She asks for his take on what it would be like to work with her sister. He thinks it would be a dream scenario. Naya calls her, and she promptly hands the phone to Amanda, who begs their mom to come back to Genoa City now. 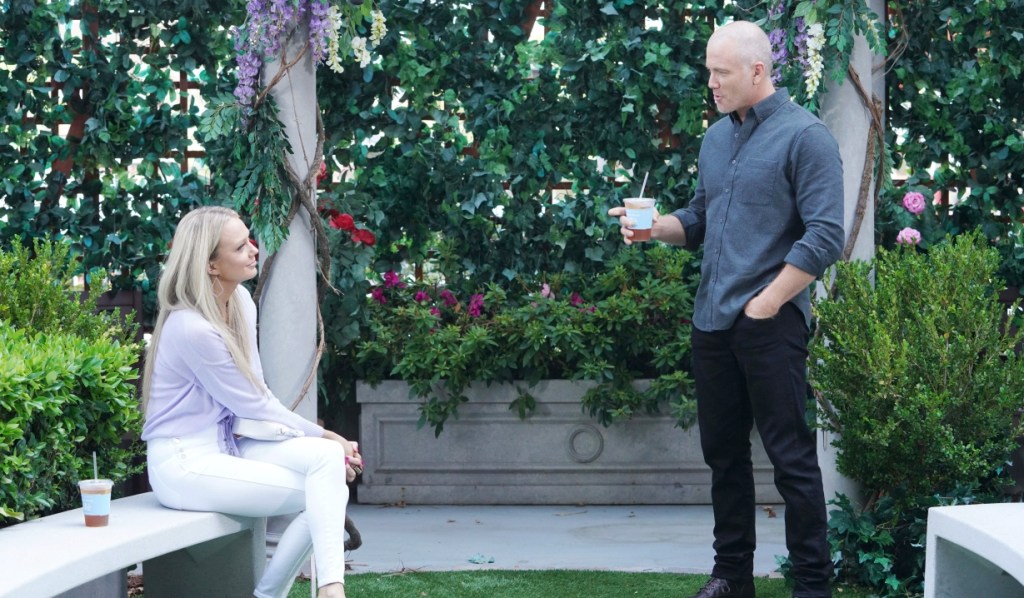 Stitch and Abby head to the park after she helps him find an apartment. They talk about shopping and Society. He admires her ability to buy things. She’s grateful to him for making her feel normal and asks him to let her know when he gets back to town.

Back at the Chancellor estate, Tessa wonders to Nina if they should take Stitch up on his offer to track Mariah down. After some pacing, Tessa sends Mariah a text asking her to explain if something’s wrong.

Next on The Young and the Restless: Victoria discovers something shocking.

Don’t miss our look at soap stars and their kids in the gallery below. Get your free daily soap-opera fix for The Young and the Restless — and all of the other daytime dramas — delivered straight to your email inbox by signing up for Soaps.com’s newsletter.

As Phyllis Promises Summer That...

After Butting Heads With Adam,...