Wednesday, July 14, 2021: Today on The Young and the Restless, Victor is disappointed by his children, Sally confronts Tara, and Billy is in the right place at the right time. 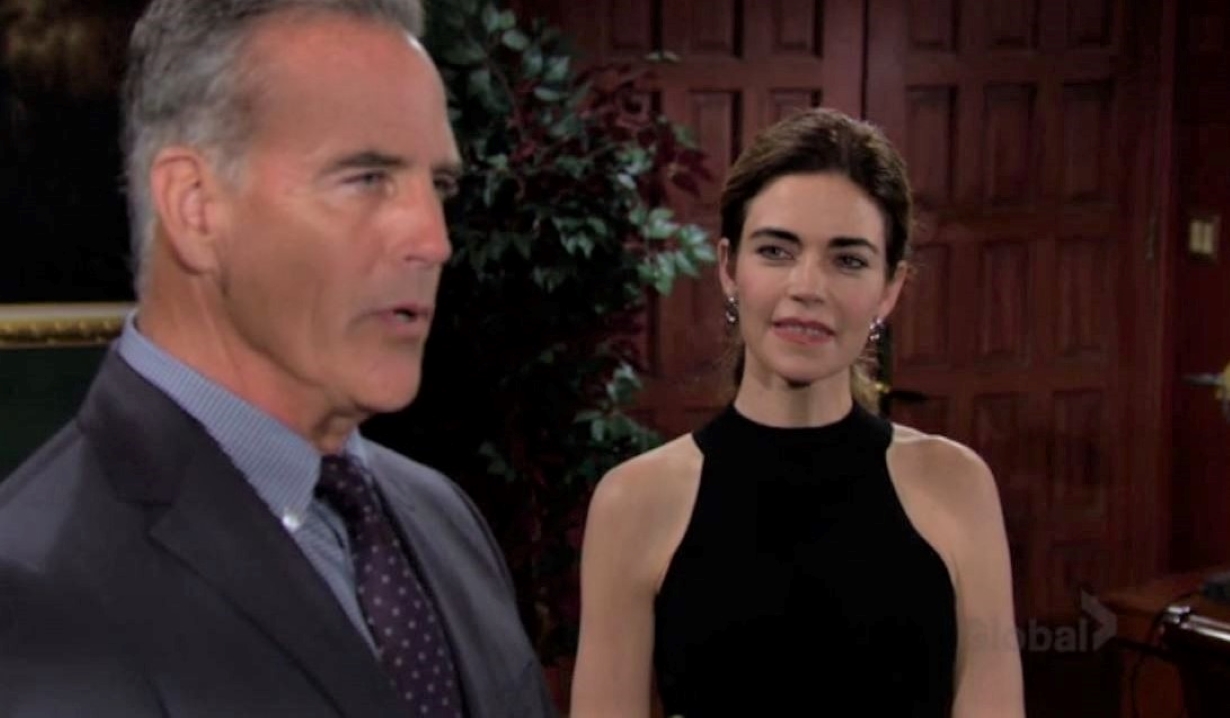 At Newman, Victoria calls her PR people to tweak the release. Ashland strolls into her office and she tells him it’s been a madhouse. He says the energy in the building is off the charts. They’re determined to drive the video of him gasping for air right off the internet. As they prepare to make their livestream presentation, she tells him how moved she’s been by his faith in her. She’s grateful for all his trust. He believes she’s earned it. They begin their live announcement. Ashland praises Victoria’s great talents and claims he’s wanted to recruit her for years. When Victoria takes her turn, she announces that Newman and Locke are merging. The resulting company will be the envy of their competitors for years to come. Next, Ashland discusses the viral video, confirming to all the world that he has been diagnosed with a terminal illness. He asks that his privacy be respected and adds that as a result of his illness, he will be withdrawing from the day-to-day operations of the company and Victoria will be guiding the merger.

More: How you can connect with the stars 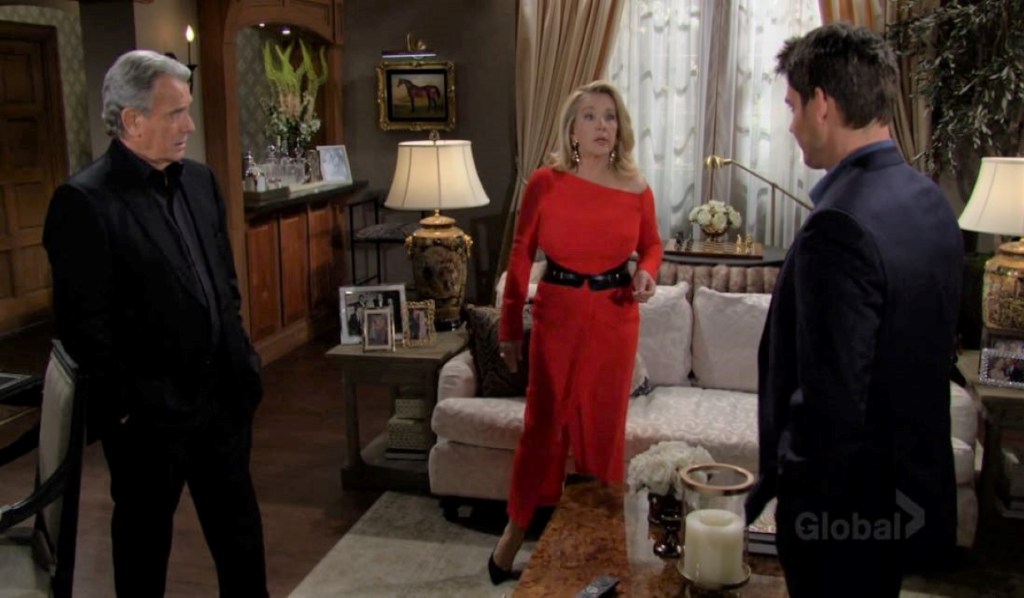 At the ranch, Adam informs Victor that Chelsea and Connor have settled in after their drive to Minnesota. The Mustache tells him he’s handled things well. Adam is relieved to hear that. Nikki comes in and reminds them Victoria is making a big announcement today. She hopes her husband won’t use it as an excuse to postpone their trip to Italy. “Baby, I have my priorities in order,” he promises. After they watch the livestream, Victor wonders why his wife didn’t let him know this was happening. Being COO means she must keep her daughter’s confidence, Nikki insists. Adam asks Nikki to send his sister his best wishes. Victor stays silent until his son leaves. He’s annoyed that his daughter exploited the bylaw he put in place which allowed her to make this move without consulting with or getting the approval of the board. She thinks he should be impressed that Victoria is so much like her father. But of course, Victor feels betrayed. Nikki encourages him to call Victoria, then leaves the room. When Adam returns, his father is baffled by how forgiving he’s been lately. Adam claims he hasn’t lost his competitive streak; this just isn’t the time for it. He’s sure Victoria’s deal will fall apart and he’ll be there to snap up what he can.

More: Kyle and Summer could still have happy ending 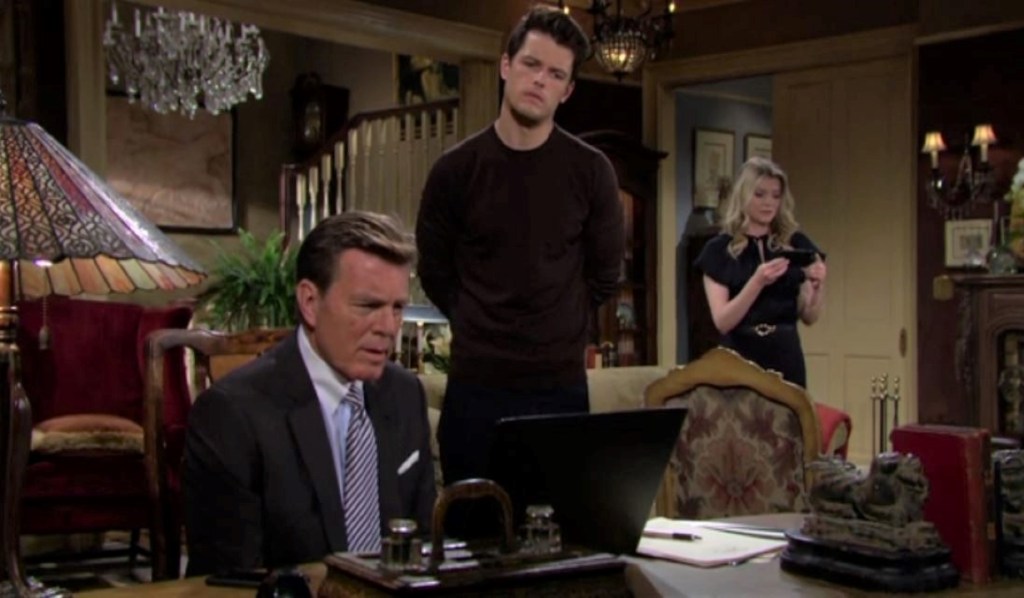 At the Abbott estate, Jack commiserates with Tara over the media frenzy surrounding the video. Jack’s sure this has put a terrible strain on everyone. She frets about Harrison until Jack leaves to take a call. Kyle files in and Tara worries to him about how their son will cope with Ashland’s death. Jack returns and they watch the livestream. He guesses that Victoria has used whatever loophole her father put in place to get out of consulting the board about her plans. Jack is outraged by the way the press has exploited Ashland’s suffering. After he leaves, Tara tells Kyle she hopes Victoria will honor Ashland’s wishes. He’s reassuring.

More: The anniversary of Phillip coming out 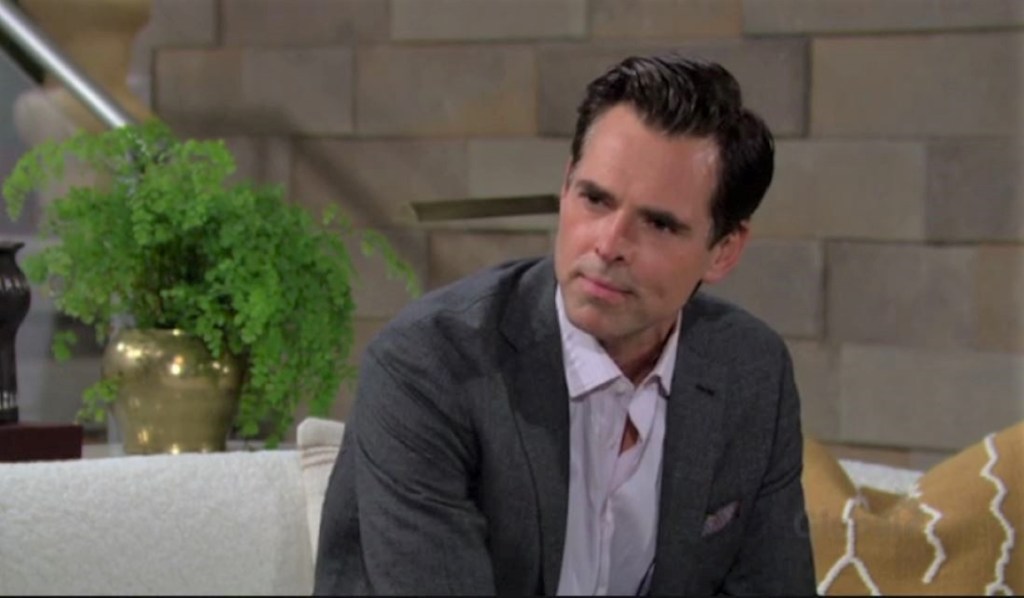 Billy arrives at Lily’s and complains about Victoria being so distracted she’s basically ignoring their children. Lily suspects something else is bothering him. He tries to fob it off, but she wonders how he will react if his ex announces her engagement to Ashland. Billy dismisses that idea and strides upstairs. She calls him down when the livestream commences. Lily is shocked by to see that Victoria has gone after Locke’s resources and won. Billy fidgets as Lily talks about how much mutual trust Victoria and Ashland seem to have. He paces and sips. She encourages him to talk to Jill if he wants more corporate responsibility to keep him busy, unless that’s not really what he wants…

Sally watches the livestream at Crimson Lights. She’s startled when Locke talks about the video and wonders how it wound up online. Jack joins her and asks if she saw anyone taking video yesterday. Rather than admit that she actually shot the incriminating video, Sally says she didn’t see anyone. After she departs, Billy arrives and discusses the livestream with his brother. He’s thrilled for Victoria but worried about her relationship with Ashland. Jack doesn’t see anything wrong with her bringing happiness to a dying man. 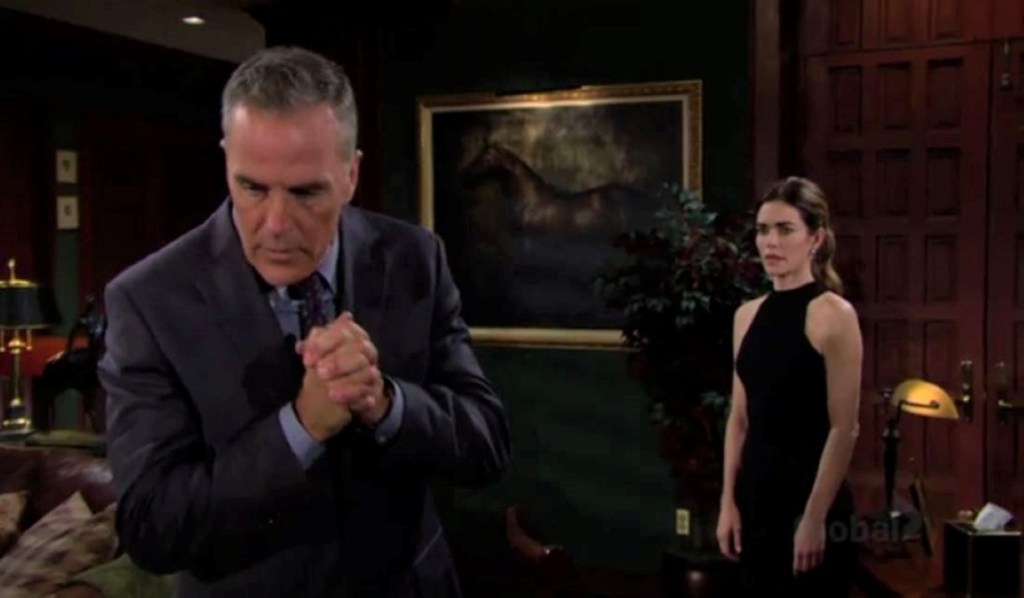 Back at Newman, Ashland tells Victoria he just wants to concentrate on the positive things in his life and she’s high on the list. She asks him to move in with her and admits she might be falling for him. Reminding her that he’s dying, Ashland says he doesn’t want to subject her or her kids to that. He’s determined to return to New York. She’s insistent that he stay so they can make the most of their time together. He agrees. 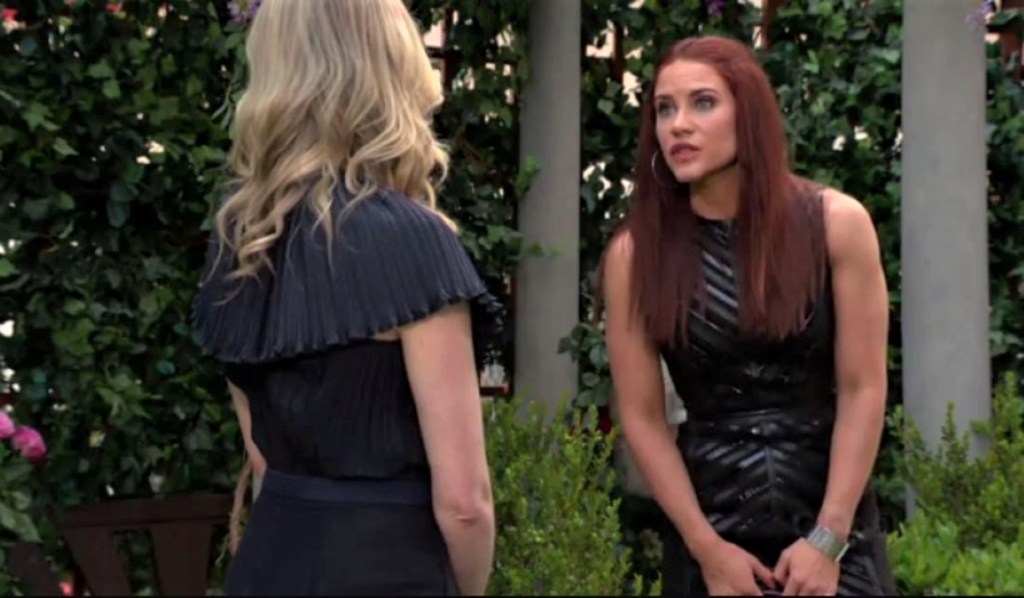 Sally and Tara meet in the park. Sally doesn’t understand how the video wound up on the internet. Tara admits she leaked the video because she thought it would be useful. If they stay quiet, no one will know. Sally doesn’t like being put in this position. What neither knows is that Billy is nearby, watching their exchange…

Next on The Young and the Restless: Sharon is reunited with an old friend.

Don’t miss our look at 10 soap supercouples that failed in the gallery below. Get your free daily soap-opera fix for The Young and the Restless — and all of the other daytime dramas — delivered straight to your email inbox by signing up for Soaps.com’s newsletter. 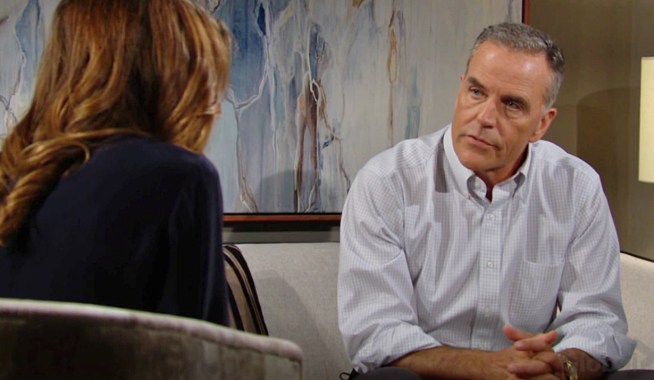 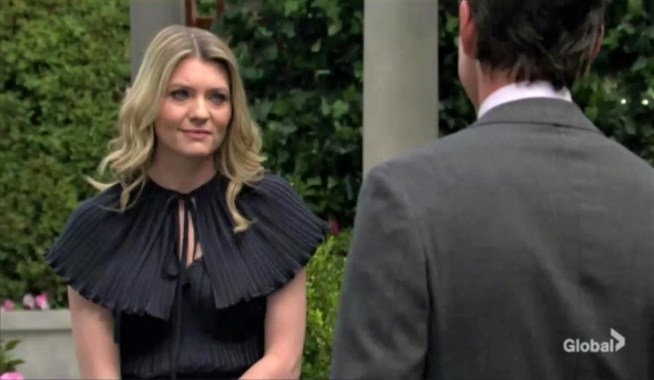