Monday, July 12, 2021: Today on The Young and the Restless, Victoria daydreams of a future with Ashland, Tara finds another way to undermine her ex, and Sharon tries to change Adam's mind. 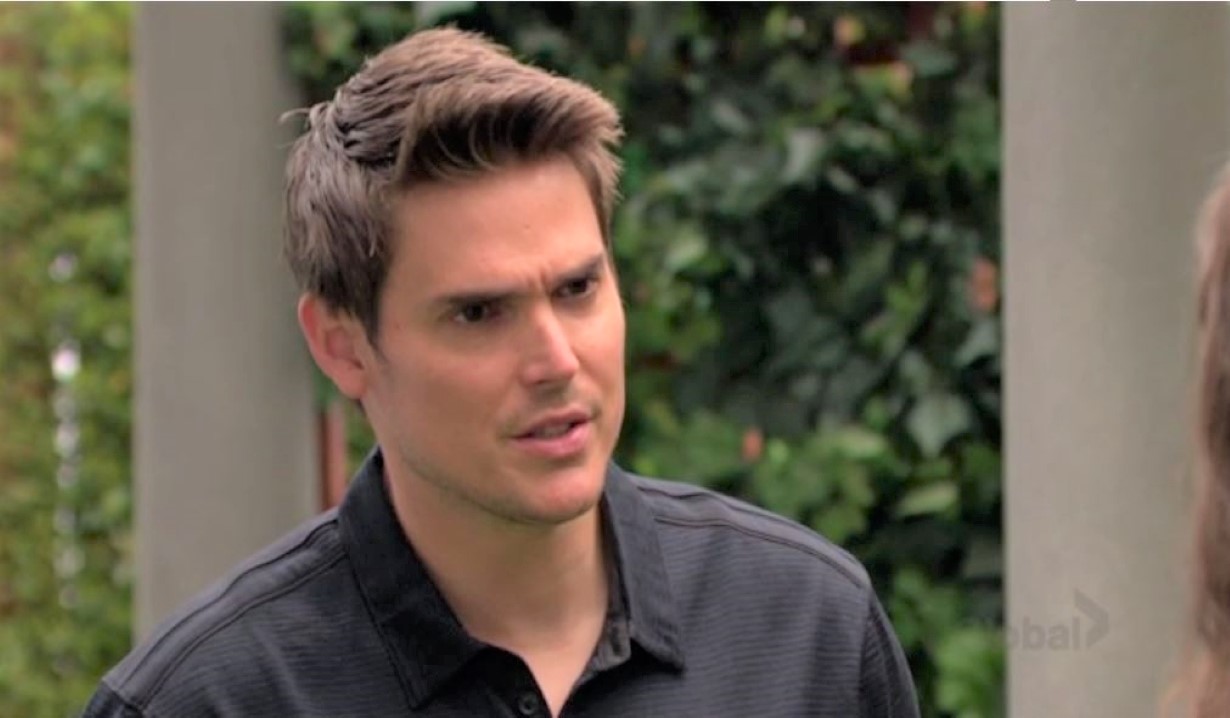 In the park, Chelsea and Adam argue about taking Connor out of state. He’s not going to let her take their son to stay with Anita. She claims to understand and agrees that he’s doing what’s best. 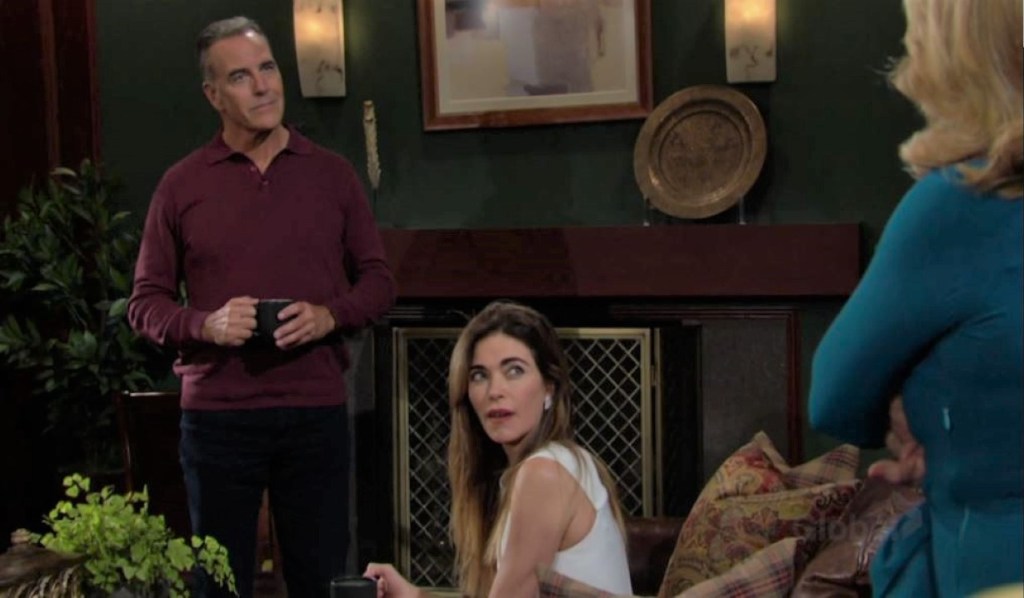 In her office at Newman, Victoria and Ashland are excited that their merger is only a few signatures away from completion. Nikki comes in and asks if they are ready to go public, both about their deal and their relationship. Ashland tries flattering her and then takes off to see his son. Victoria sips coffee and talks about how great the merger is. Her mom is proud of her, but also concerned… especially about her daughter’s heart. Victoria insists she has everything under control. When she’s left alone, Victoria dreams about Ashland getting good news from an oncologist and agreeing to treatments. As they perkily plan the rest of their lives together, she wakes up when the phone rings.

More: What they heck are they doing with Stitch? 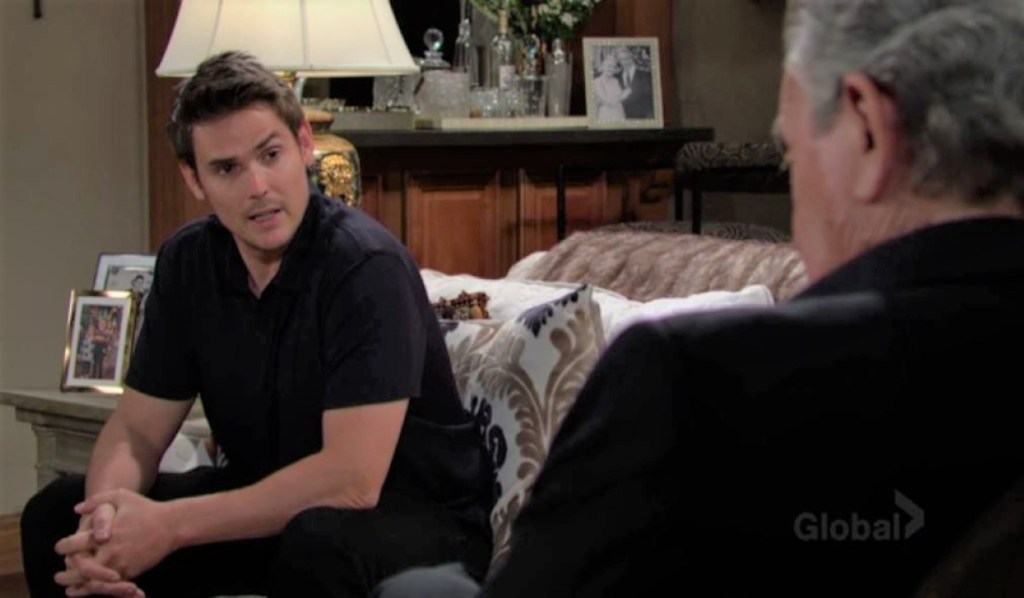 Back at the ranch, Adam and Victor discuss Chelsea’s case. Victor explains that Michael agreed to allow Chelsea’s release with tight restrictions. He still feels like keeping her locked up would be better. Adam believes that Anita really has been injured and it’s not a con. His father warns him not to be sentimental when dealing with devious women. 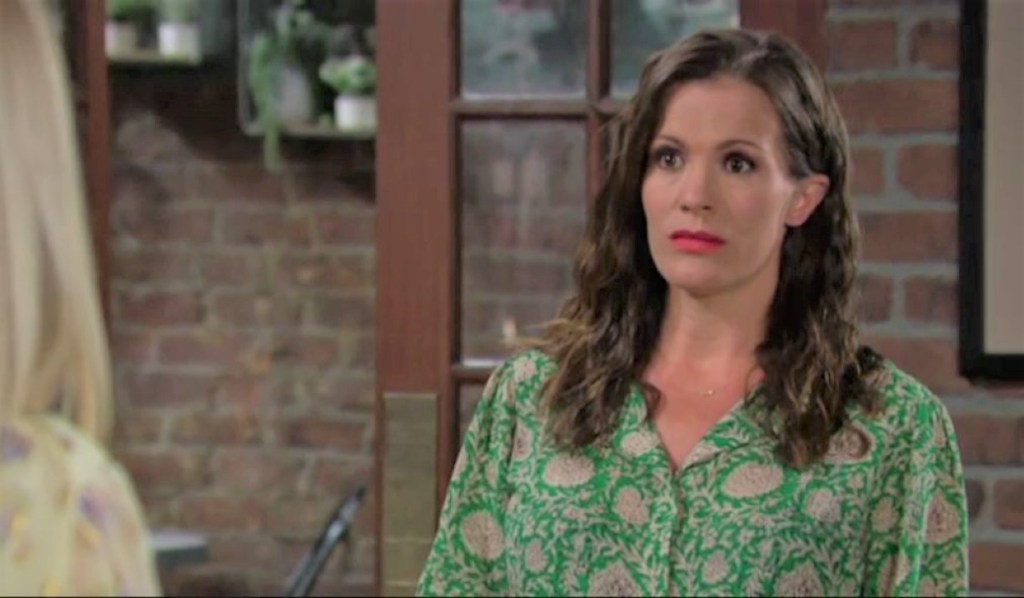 At Crimson Lights, Rey is flirting with Sharon until she’s interrupted by a call from Abby. Mariah has vanished without telling anyone where she’s gone. Later, she’s startled when Chelsea pops up. She assures Sharon she didn’t escape. Rey returns and confirms that Chelsea is now an out-patient. Wishing to move on, Chelsea says she wants to make amends to Sharon. She’s learned that Adam will always love her. As Chelsea vents about him, Sharon urges her not to blame him for the things she’s done. Chelsea hates what she did to Rey but now she feels like she’s woken up from her rage-induced haze. Adam and Victor are still holding all the cards, and she’s sure that they will turn her son against her. Sharon thanks her for the apology and walks away. Rey wishes Chelsea well and tells her to do right by herself. 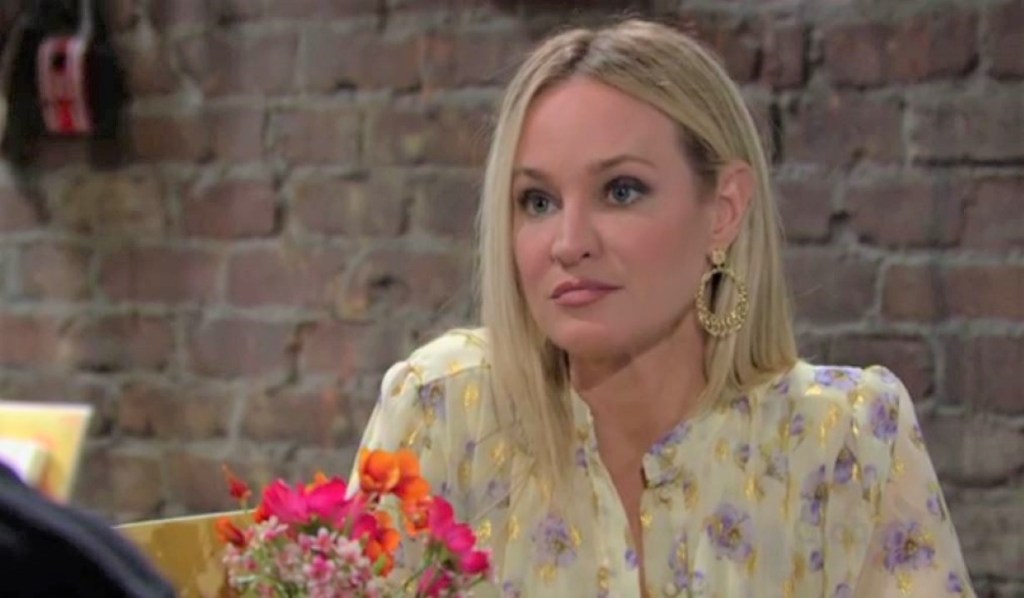 Adam arrives to meet with Sharon after she sends him a text. She tells him about her meeting with Chelsea. She suggests he reconsider letting Connor leave town with his mother. Talking to Chelsea reminded her of her own time dealing with mental illness. Adam hopes Chelsea gets better, but that doesn’t mean he’ll let her take their son out of the state. Sharon keeps pitching that this could help Chelsea heal. Adam calls his son and asks how he’d feel about going on a trip with his mom.

Adam invites Chelsea over and offers to let her take their son. But Victor shows up and announces that Connor is staying there.

More: Why Mariah’s disappearance gives us a bad feeling 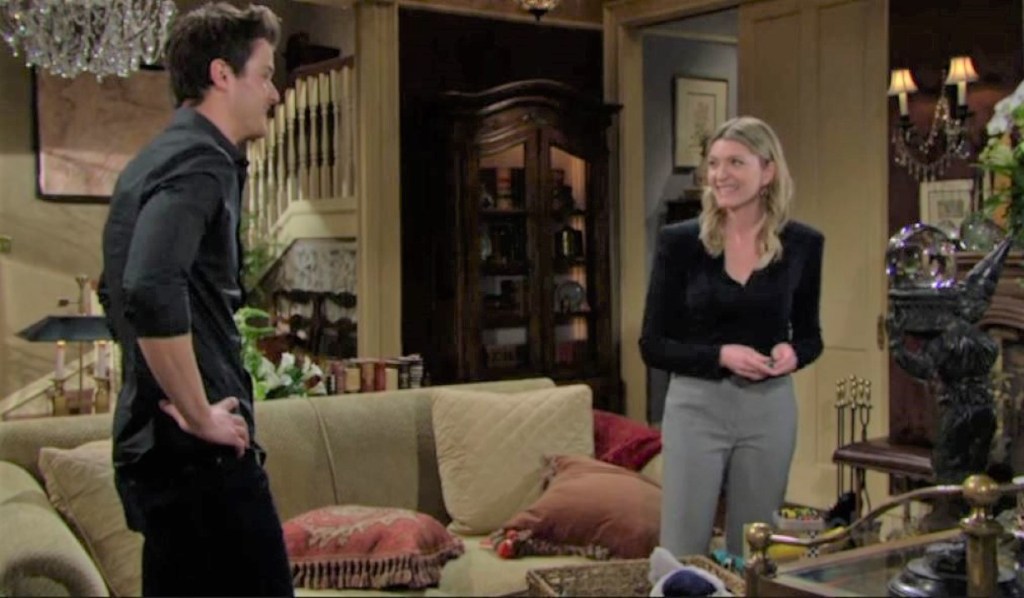 At the Abbott estate, Kyle holds his son’s toy and thinks about telling Jack of the bond he’s discovered. When Tara comes in, he assures her that no one is in a hurry for her and Harrison to move out. She says family is what their little boy needs right now. The topic turns to Summer and she reminds him a break-up is cheaper than a divorce. She knows how hard it is to move on. Now, they are both rebuilding their lives. She suggests they start healing by having a picnic in the park. 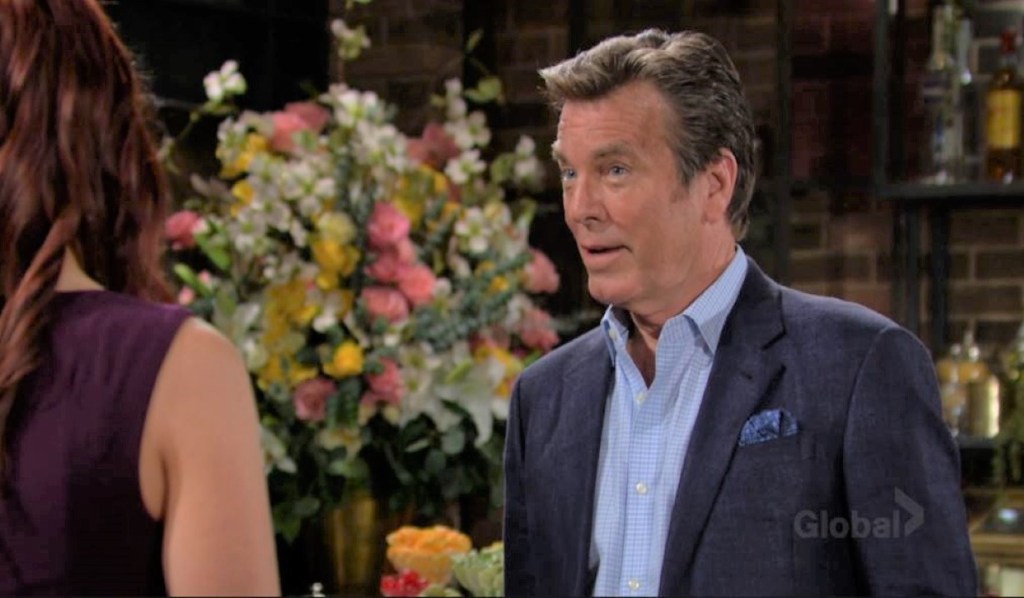 Jack is about to leave Society. As he gets his check, he thinks about telling Sally that they could never been an item. Before he can go, Sally rushes in and says she’s there to celebrate and invites him to a drink. She scored some big publicity for JVC today thanks to her contacts. He gets a text inviting him to the park to see his grandson. She offers to walk over with him.

Jack and Sally join Kyle and Tara in the park with Harrison. Kyle takes his father aside and starts quizzing him about Sally. Jack assures him they are not dating. 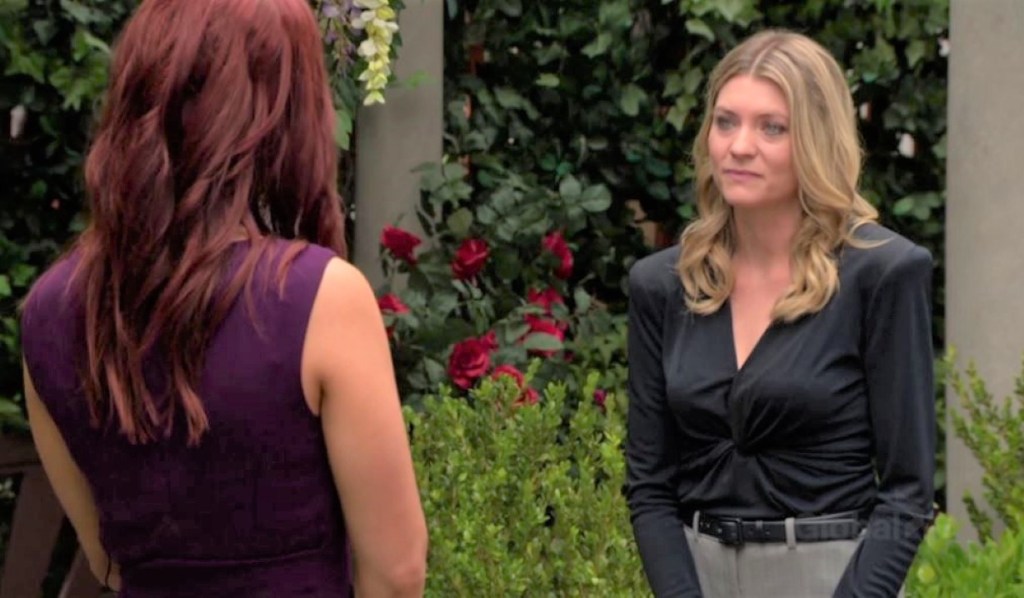 Sally and Tara talk about Kyle and Jack. She asks Sally to take a video of her playing with her son. Ashland arrives moments later, reminding Tara that she promised him time with his son today. She claims that was supposed to be tomorrow. He starts having chest pains and asks Kyle to take his son away. Irritated, he snaps at her. Tara seems distraught about her son witnessing this. After Ashland walks off, Tara worries to Kyle about Harrison having to watch Ashland get sicker by the day. When Sally and Tara are left alone, the redhead shows her the video she took of Ashland getting upset. Tara sends herself a copy and asks her never to mention what she saw today.

Victoria joins Ashland at Society. She wants to talk about the merger, but he’s still upset and doesn’t want to talk. After she tells him they’re in this together, he offers to tell her everything.

Next on The Young and the Restless: Chelsea’s dreams come true.

Don’t miss our look at the worst soap exits in the gallery below. Get your free daily soap-opera fix for The Young and the Restless — and all of the other daytime dramas — delivered straight to your email inbox by signing up for Soaps.com’s newsletter.

<p>As bad as the adios No. 10 got was, Jed Allan’s popular character was treated even worse. When the soap axed the fan favorite to focus on PYTs, the powers that be sent Don out to mail his taxes. Where that post office <em>was</em>, we can’t imagine, because Marlena’s first husband (that we knew of) never was seen nor heard from again!</p>

Nick Receives a Sexy Surprise in...