Chelsea Explodes at Adam and Refuses His Request

Tuesday, May 25, 2021: Today on The Young and the Restless, Amanda attempts to get answers from Naya, Sharon is surprised by what Rey agrees to, and Victor has a warning. 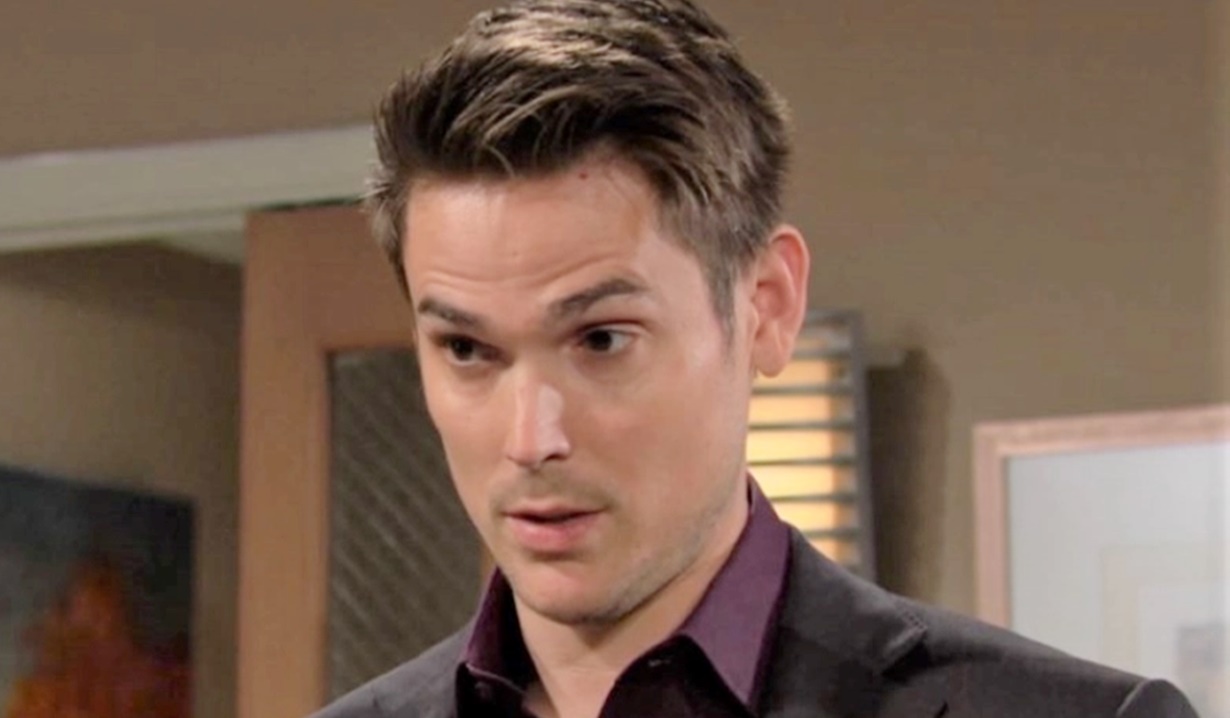 Rey awakens Chelsea in the mental hospital. She was dreaming of Connor. Michael swans in to get her statement for the judge. Her lawyer, Mr. Montgomery, joins them and they start recording. Chelsea talks about how Adam brought Sharon into their home as her therapist so they could have an affair right in front of her. She gradually recovered on her own and couldn’t confide in anyone about what she was doing. After getting her hands on some poison, she went after Rey so Sharon would know how it felt to lose everything. She tells Rey they were both betrayed and justified in their actions. Michael and Rey exit. 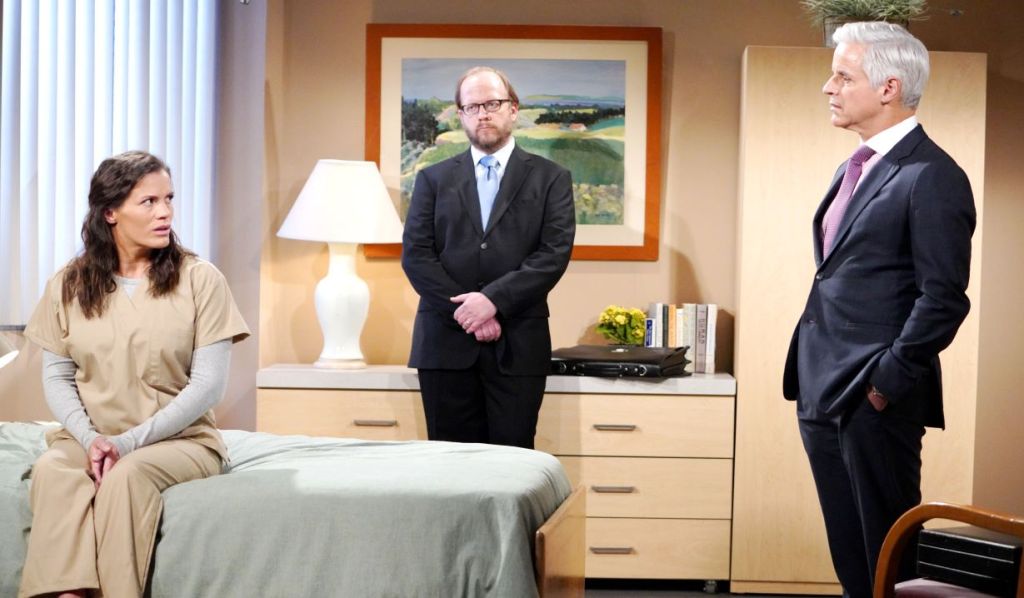 In the corridor, Michael says that Chelsea and her lawyer are clearly planning a diminished capacity defense and he won’t fight it. He leaves with Montgomery.

Rey returns to Chelsea. He tells her that Adam and Sharon didn’t have an affair. She refuses to accept that it was all in her head. They argue about that, but he insists there’s no evidence. He can’t accept that Sharon would be cruel enough to cheat and rub Chelsea’s face in it. Chelsea bursts into tears and starts apologizing for hurting him. “Have I just been wrong the whole time?” she wonders, worrying that she’s far from healthy. The detective decides to leave her to heal and suggests she forget about Adam. He forgives her for what she did, and she asks him to come back for a visit. As long as her doctor approves, he will. As soon as he exits, she smiles. 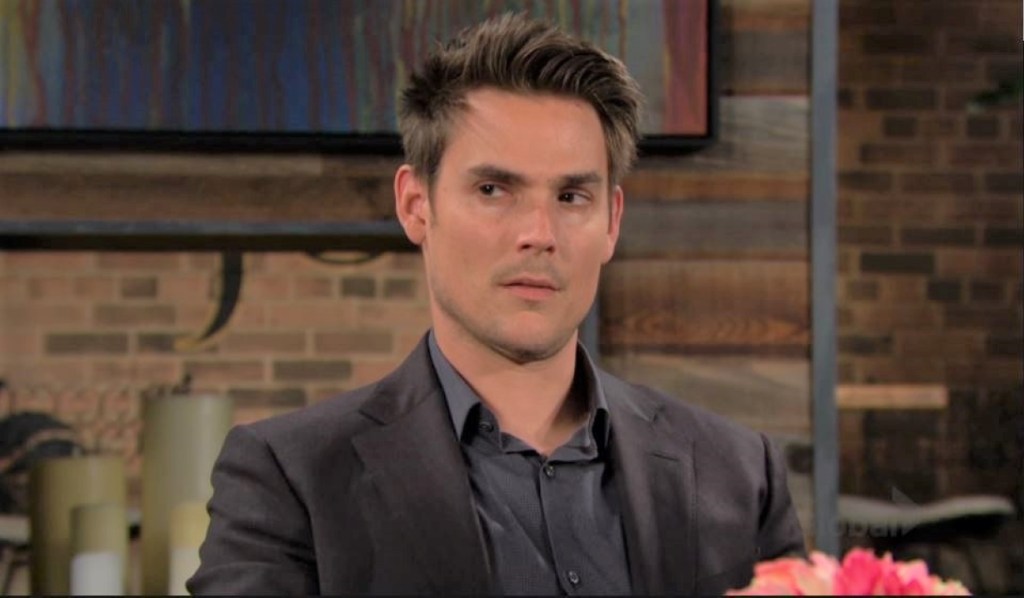 Victor joins Adam at Society. His son tells him that getting custody of Connor is a nightmare, especially now that Chelsea has been committed. Victor wants to bring his grandson, Noah, in to work with them on graphic design for the company. Adam questions if Noah would want to work with him, having absorbed Nick’s negative opinion of him, but is game. He’ll leave that to Victor. The subject swerves to the Sutton Ames investigation briefly. Victor explains it won’t be a problem, just a nuisance. Adam turns the topic back to not being able to see his son. He’s determined to do what is necessary to deal with this. When Adam walks off, Victor spots Devon and strolls over to discuss the tribute for Neil. He brings up Amanda’s big case and hopes she’s not making a mistake with it. 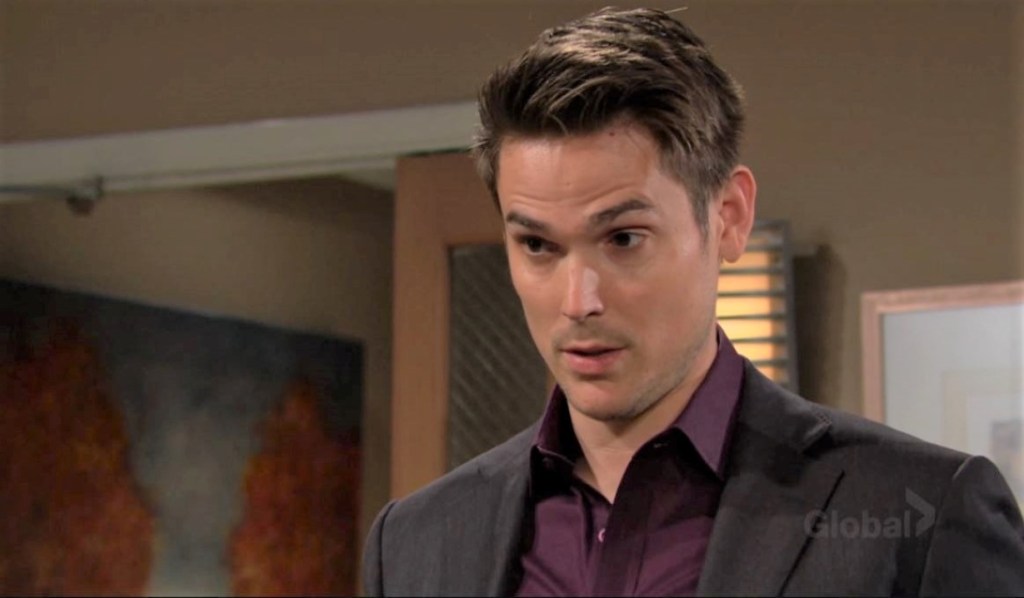 Back at the mental hospital, Dr. Hedges brings Adam in to visit Chelsea. Adam says he forgives her and wants to take the blame. Their son needs him, and he asks her to let him be a father again. She refuses, sure he will try to turn Connor against her. Hedges gets between them as she yells. The doctor suggests that supporting Adam’s proposition will only be good for her case in the long run. 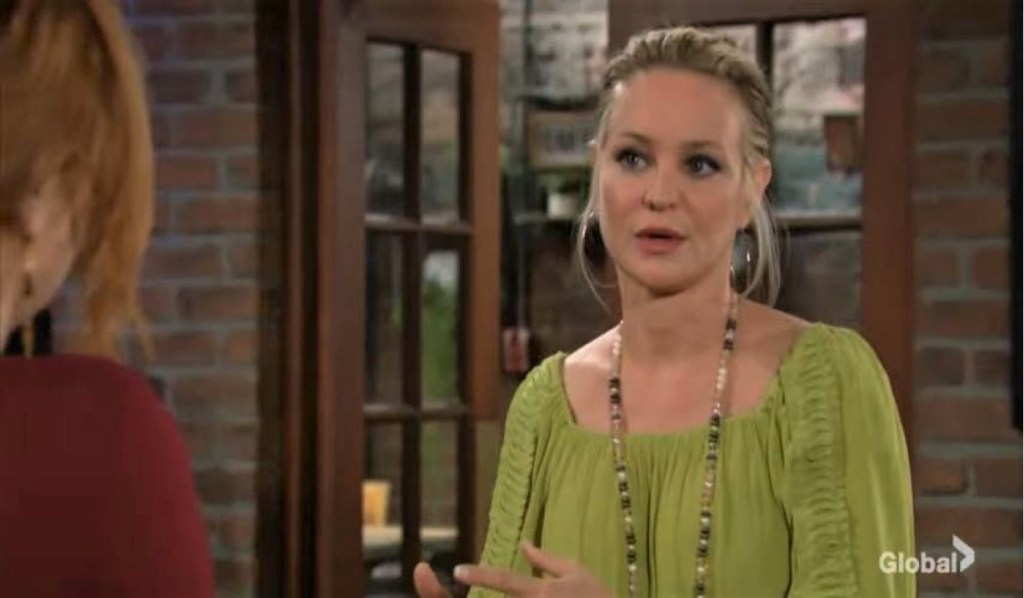 Faith and Sharon go to Crimson Lights. Moses pops up and Faith decides to do her homework with him. They head off to do that as Mariah strolls in. Sharon tells her that it’s a good day. Rey is back and the whole mess is finally behind them. That’s a relief to Mariah and her mom thanks her for never losing hope in a reconciliation.

On the patio, Sharon checks on Moses and Faith and they discuss mitosis until she decides to get them refills. 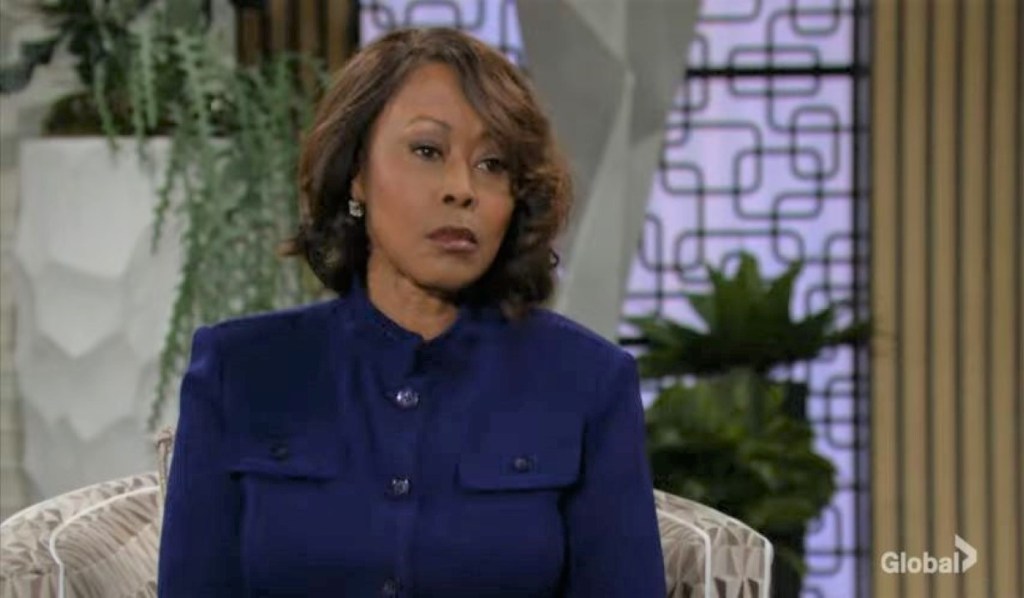 In the foyer of the Grand Phoenix, Amanda meets with Naya and Imani and tells them she needs answers. The lawyer explains that Richard was looking for her in the two weeks before he died. That doesn’t make sense to Naya. Amanda is determined to get answers one way or another. That sounds like a threat to Naya and Imani gets defensive, ordering Amanda to trust her mother. Getting distraught, Naya goes away to think, leaving Imani to lecture Amanda about empathy. Amanda points out empathy isn’t going to keep anyone out of prison. Once she has calmed down, Naya returns and says it just breaks her heart to know that Richard knew the truth. She needs some time to deal with her feelings. When Amanda asks if she was being honest when she claimed she’d cut off contact with Richard, Naya is insulted and insists she had.

More: Anniversary tribute to the debut of Paul Williams 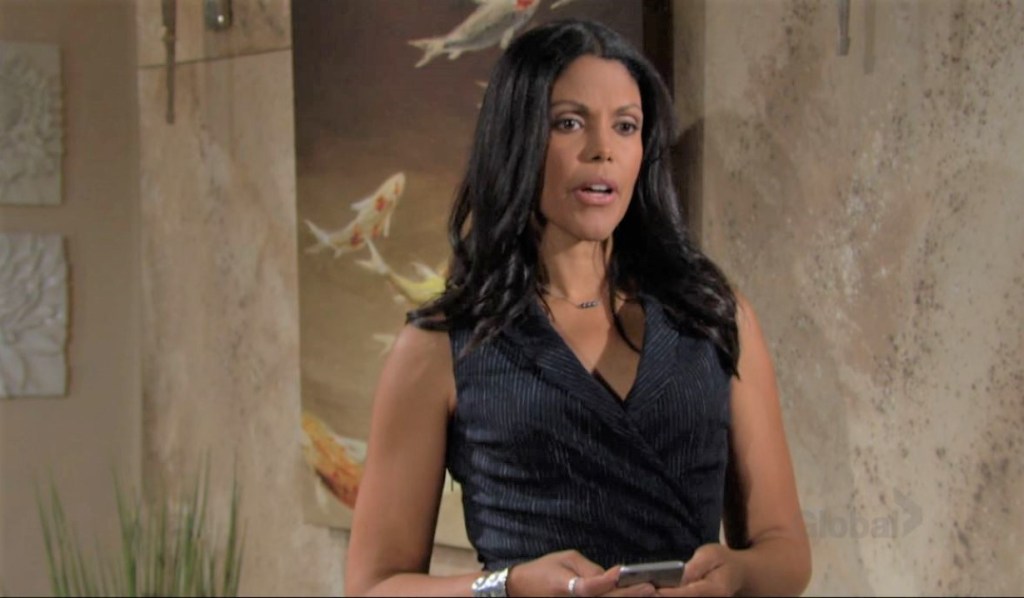 Amanda is surprised when she gets to Devon’s and he has food and wine ready for her. She’s not eager to talk about her meeting with her mom. All she wants is a hug. Once they start drinking, he tells her that Victor sent a warning about the path she’s taking on her case. She explains what happened with Naya. She’s sure that she’s lying. She wonders if Richard went to Sutton because of her and Hilary and if that ties into his death. 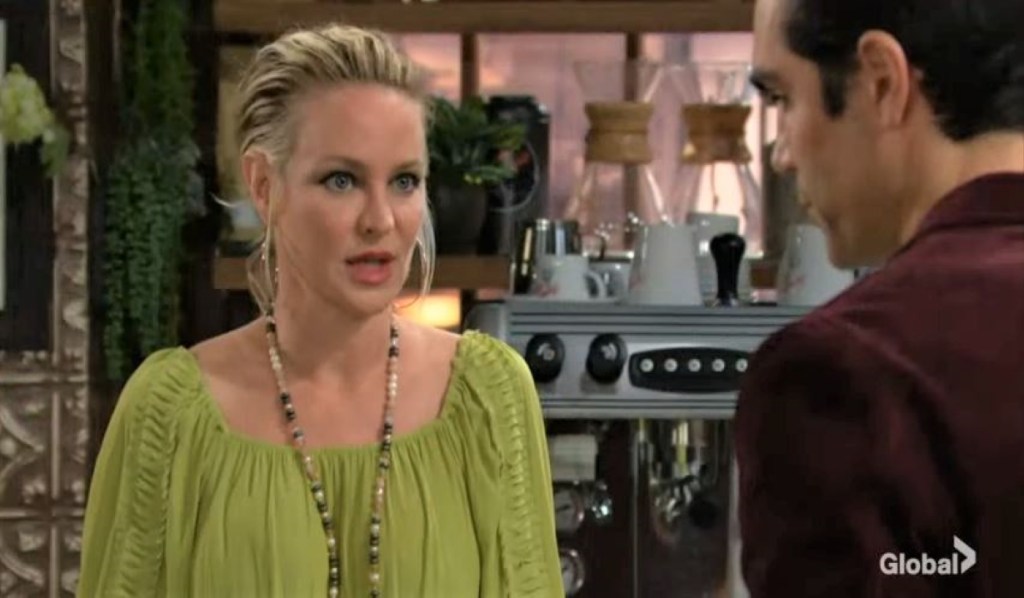 Rey meets with Sharon at Crimson Lights and tells her what happened with Chelsea. The case is in Michael’s hands now and they can get their lives back on track. Sharon’s taken aback when he explains Chelsea requested he come back for visits and he thinks he should do it. If she’s sick, he wants to help. And if she’s faking, he wants to know.

Next on The Young and the Restless: Abby makes a confession to Devon.

Don’t miss our look at soap stars and their brothers in the gallery below. Get your free daily soap-opera fix for The Young and the Restless — and all of the other daytime dramas — delivered straight to your email inbox by signing up for Soaps.com’s newsletter. 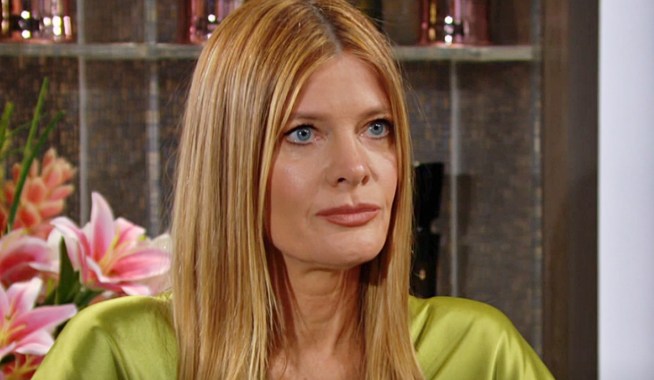 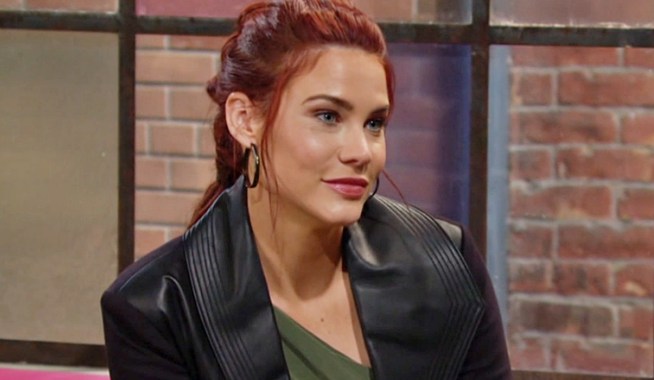