Thursday, April 29, 2021: Today on The Young and the Restless, Victor butts heads with Rey, Kyle learns new information about Harrison, and Jack is stunned by Sally's admission. 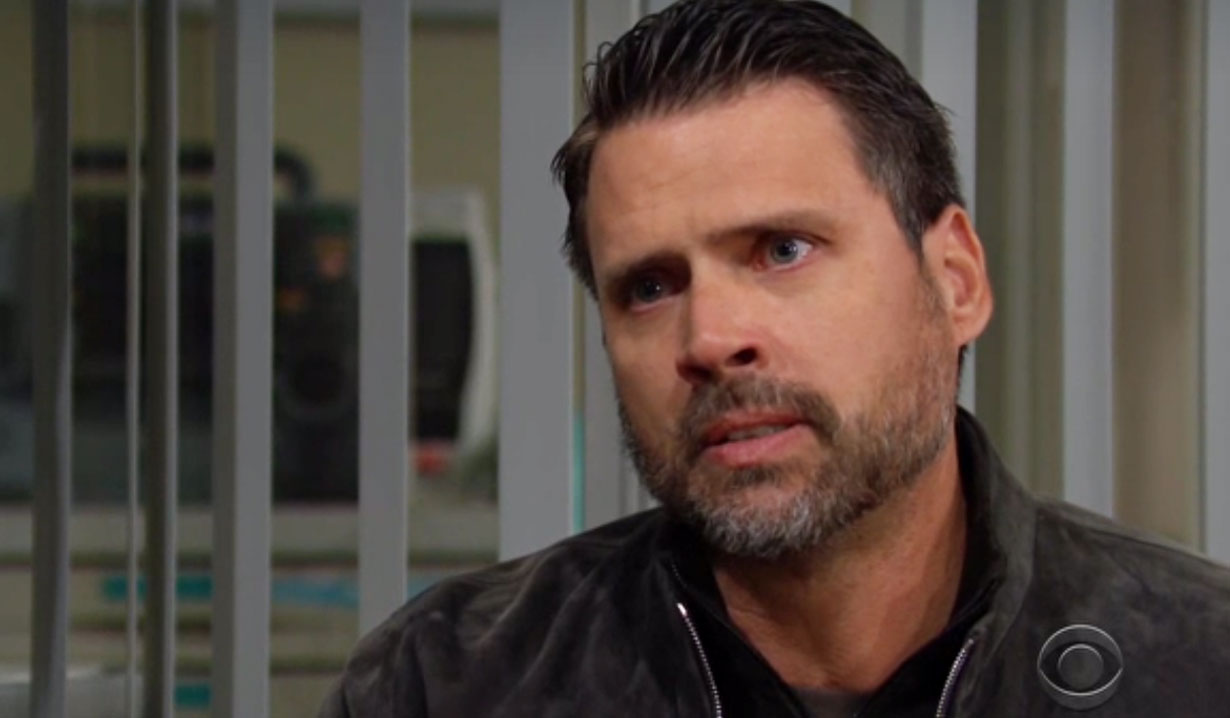 At Society, Victor leaves Adam a voicemail needing to know he’s alright. Rey overhears, and snarks, “Make sure you say hi to Adam for me.” He joins Lola in the kitchen and she asks about Sharon. Rey explains they started talking but Adam called — she can’t, or won’t cut him loose, so it’s pointless. 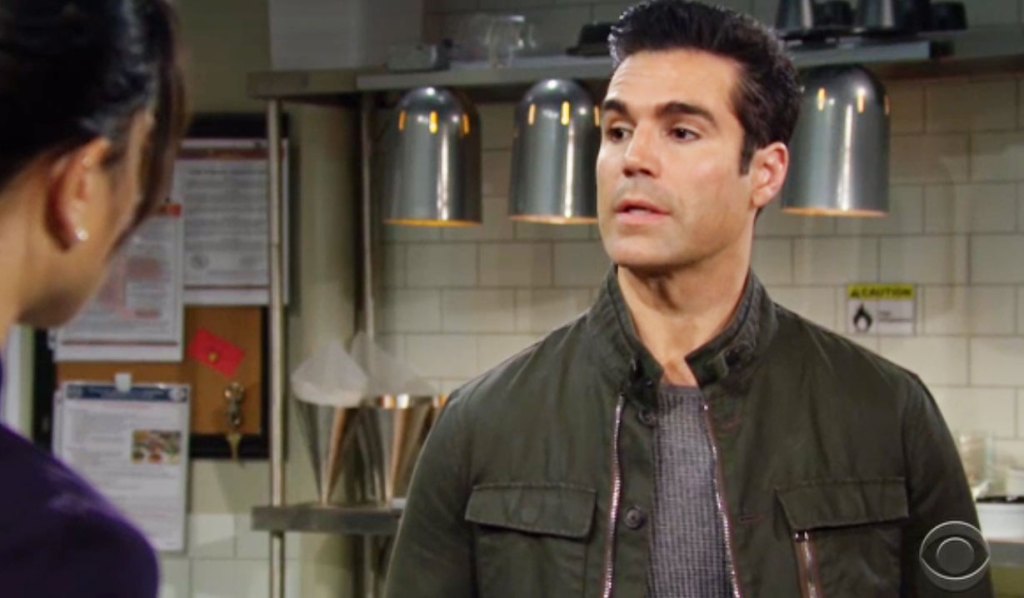 At Crimson Lights, Faith has come to just as Nick arrives and gets up to speed on her fainting. He rushes to the patio and tells Elena they need a doctor — Faith passed out and they don’t know why. Elena examines Faith and asks her some questions. She tells Sharon and Nick that the fever combined with the fainting is concerning. Sharon remarks that Rey had a fever when he was poisoned. Elena will meet them at the hospital to run tests. 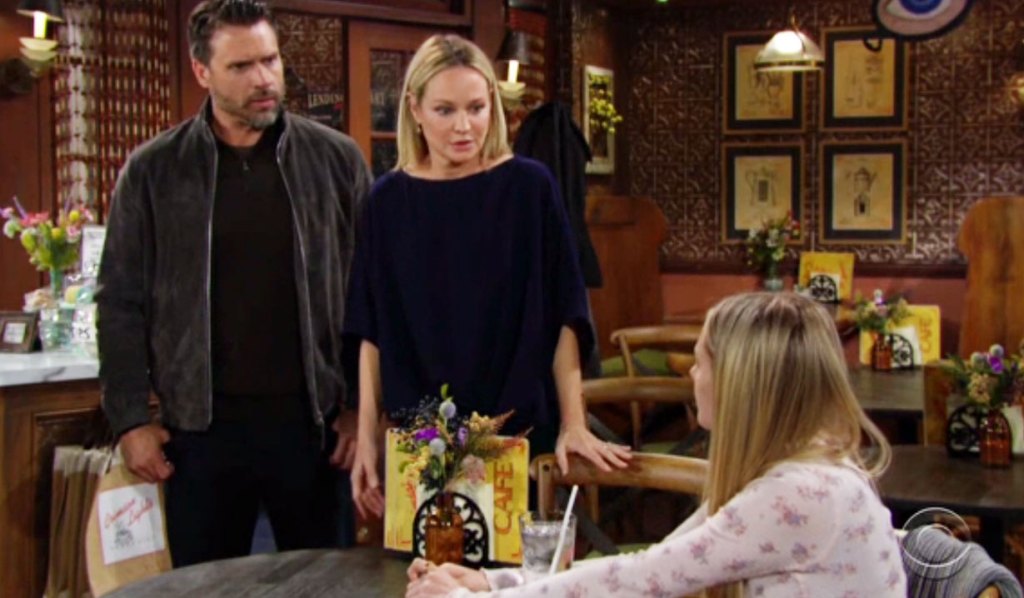 Still at Society, Victor warns someone on the phone that if they can’t find Adam, he’ll find someone who can. Rey reappears and needles that Adam called Sharon yesterday. Victor mocks him and complains Adam is running because Rey’s not motivated by justice but by jealousy. Just then, Victor takes a call from Nikki about Faith. Rey asks what’s going on with the girl, but Victor informs him it’s none of his business and walks out. After, Rey updates Lola, and she urges him to go to the hospital. 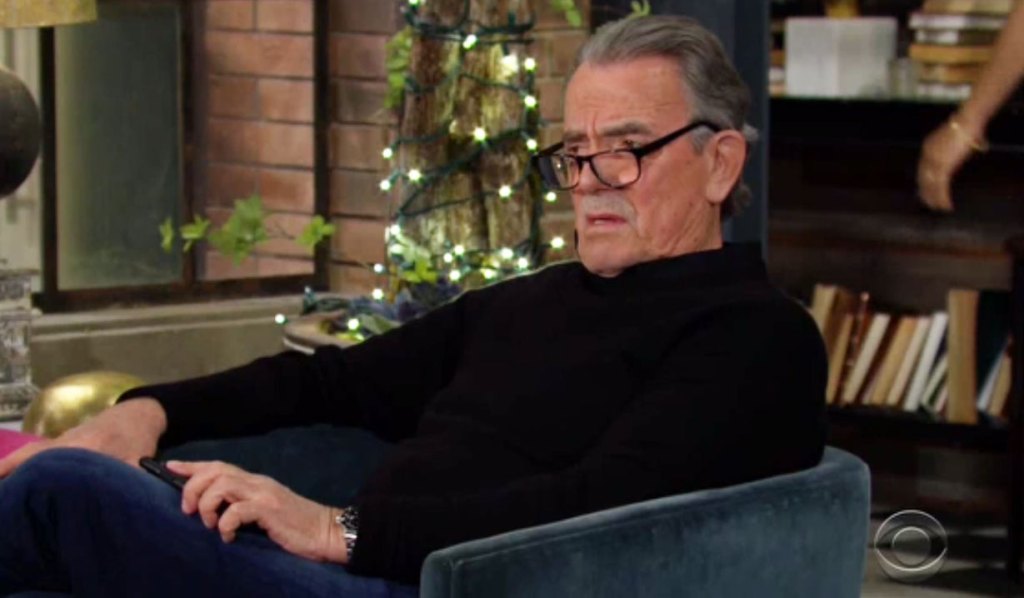 At Grand Phoenix, Kyle listens as Tara ends a call with Harrison. He tells her they should avoid each other in the future, but first, he’d like to hear something small about Harrison. Tara says his favorite song is Twinkle, Twinkle Little Star. Kyle beams as she describes the adorable way he sings it. 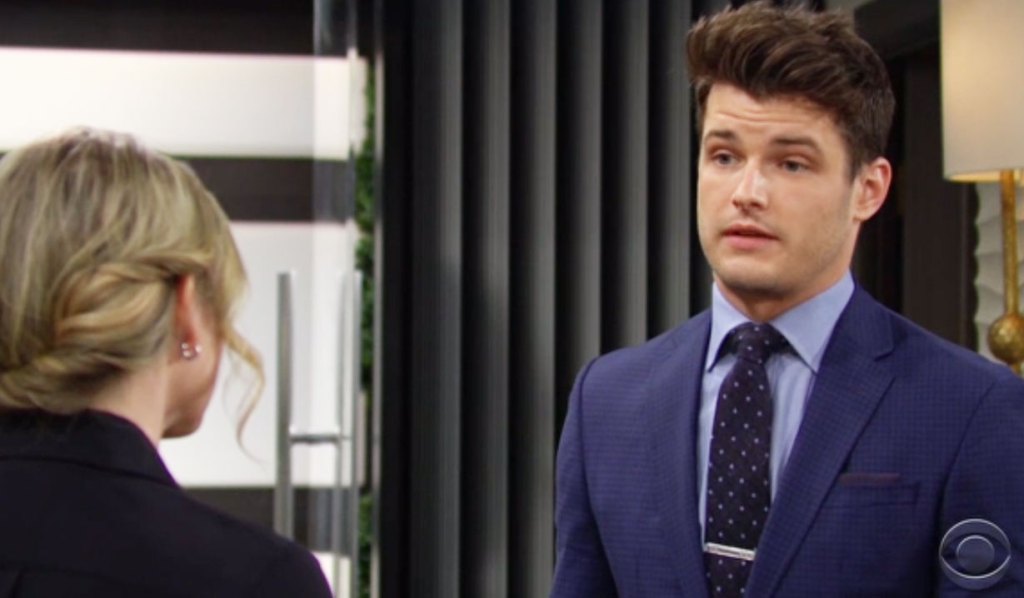 At Jabot, Jack listens as Summer accuses Sally of being melodramatic by saying she was falling in love with him after three dates. Sally stalks off and is startled to see Jack in the corridor. She fishes to find out what he heard and he claims he heard nothing. Sally asks if he’ll have coffee with her later. Jack eventually agrees to give her a few minutes at Crimson Lights. When he rejoins Summer, she shakes her head. “Really, Jack?” She feels he’s too kindhearted for his own good. 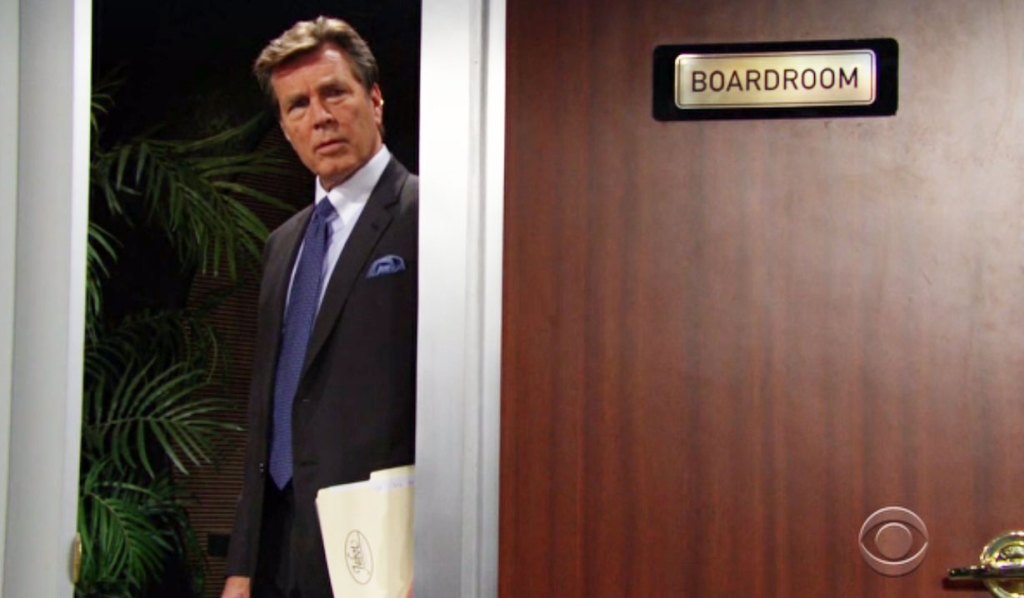 Later, Kyle joins Jack in the boardroom and they discuss their contract with Locke, which appears to be on the up-and-up despite Tara’s warning that Ashland sometimes uses these deals to investigate a company’s weakness. Jack admires Kyle’s willingness to step away from Jabot to save it. “I’m very proud of you son.” Summer rejoins them as they learn they’re good to go at Brash & Sassy. Kyle points out there have been no more problems. He believes Tara was honest with them. 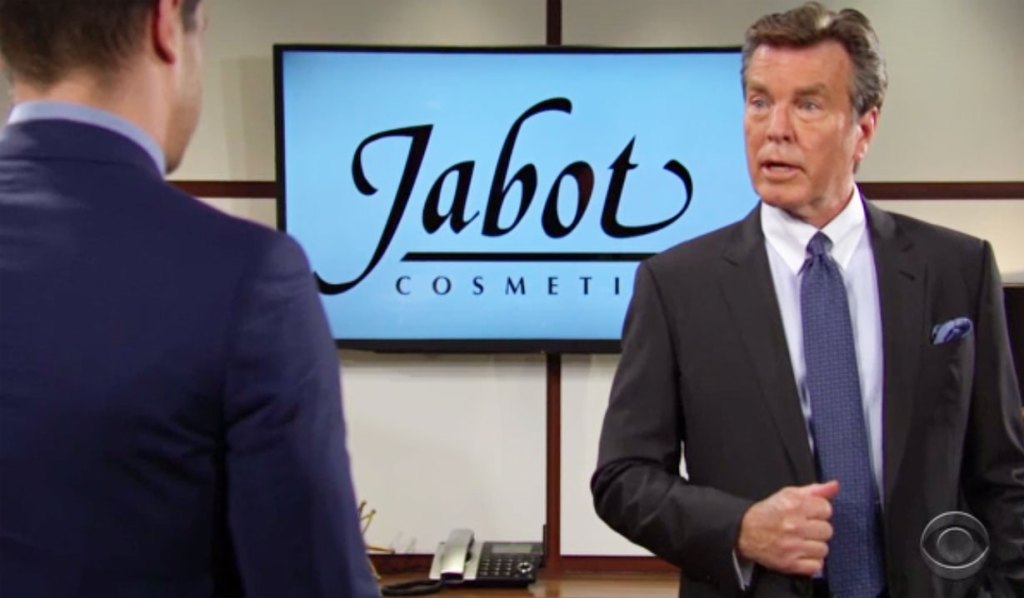 Moses arrives at Crimson Lights and texts Faith when he doesn’t see her there. Nearby, Sally approaches Tara and asks about Ashland. Sally gets a text from Jack that he’s on his way, which prompts her to stop Tara and ask her to stop her husband from going after her friends. On the patio, Moses gets a text back from Nikki updating him on Faith’s situation and he rushes out. 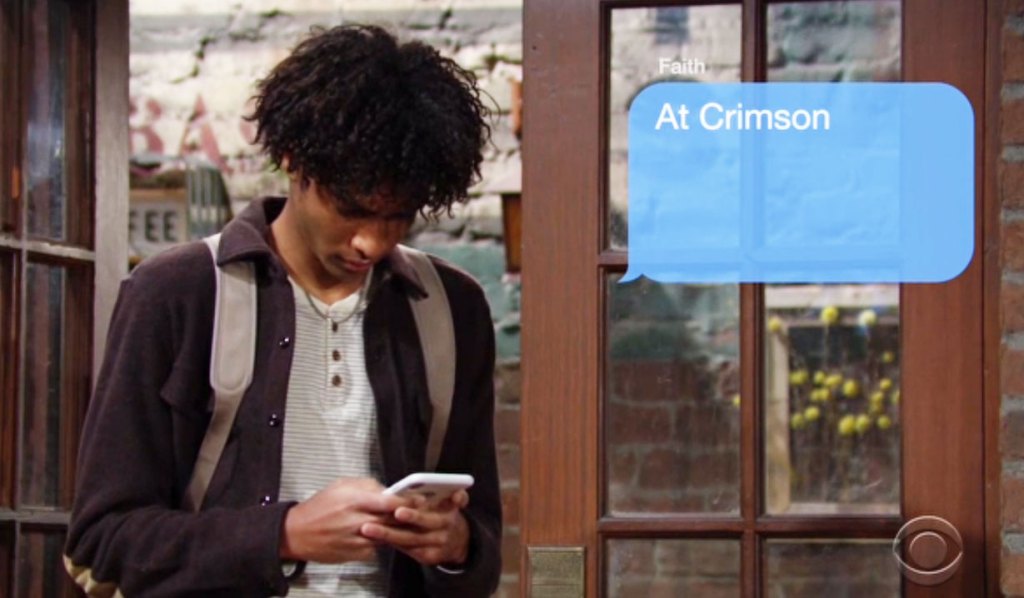 Inside, Sally rants at Tara about Ashland going after a good person like Jack Abbott at Jabot; it’s misguided and wrong, plus, karma is a bitch. Tara sneers, “What’s in it for you?”Jack arrives in time to hear Sally defending him. He joins them and lets Tara know he’s happy Ashland has had a realignment of his priorities. Tara goes, and Sally asks how much he heard. Jack replies, “Enough.” He remarks that she seemed very passionate. Sally has his back whether they’re together or not. She’s not perfect, but she has a heart, and confesses, “I have deep feelings for you. Deeper than you can ever know. And those feelings are not going away.” 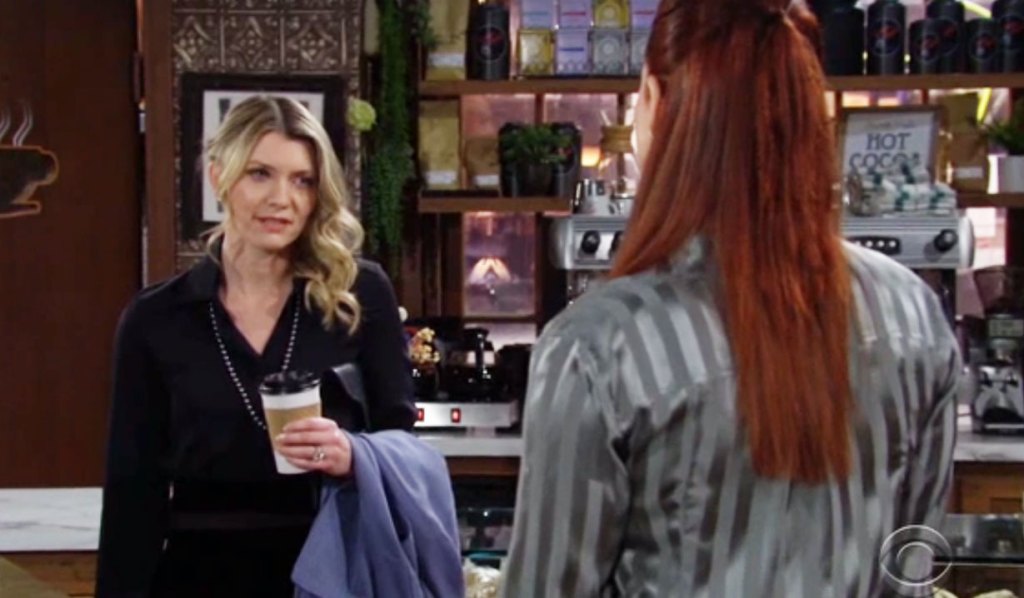 At the hospital, Sharon can’t believe they’re back there again. Nick fumes that Adam could have put Faith in contact with poison. Sharon doesn’t even believe he’s guilty and reminds him Adam saved her life. “You can’t blame him for everything.” Nick can and does. Nikki intervenes and tells them to stop it right now! She then steps away to take Victoria’s call and Nick make amends with Sharon. Nate appears, looking grim — Faith has an infection called Acute Interstitial Nephritis. Her immune system is attacking her kidneys, which are failing. Sharon asks if it’s from the accident. Nate relays it’s not the infection that’s the problem, it’s her body’s reaction to it. They need to do a renal biopsy to get more information. Sharon looks at Nick with tears in her eyes. 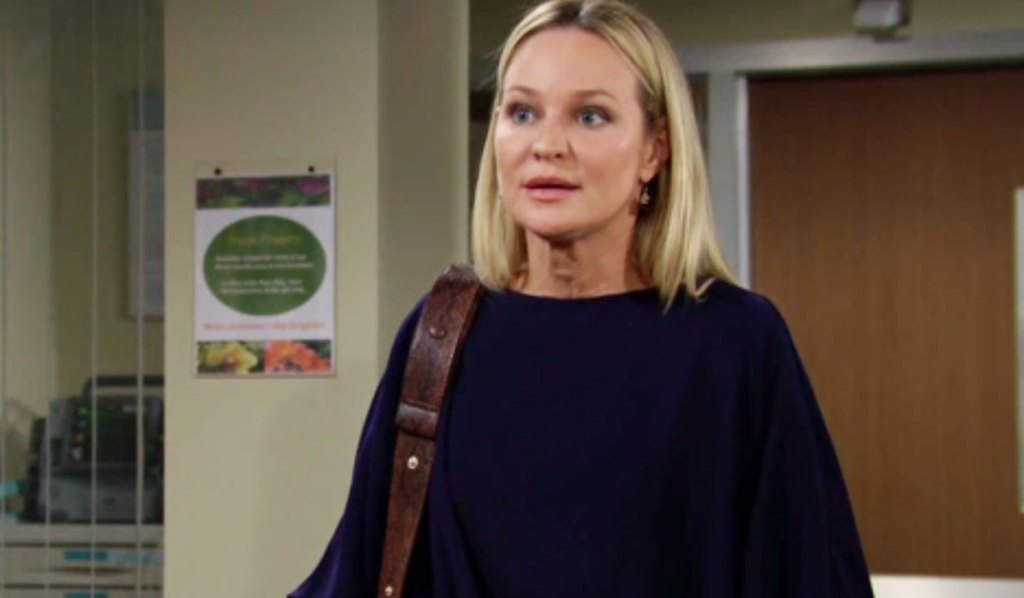 In Faith’s hospital room, she’s upset to hear she needs a specialist and Nikki reassures her. She worries it’s the same thing that happened to Rey, but Elena tells her they ruled that out. Elena exits, and Nikki steps out to update Victor. Sharon and Nick join Faith. They explain about the infection and her body attacking her kidneys. Nick assures her the doctors are working on a treatment plan. 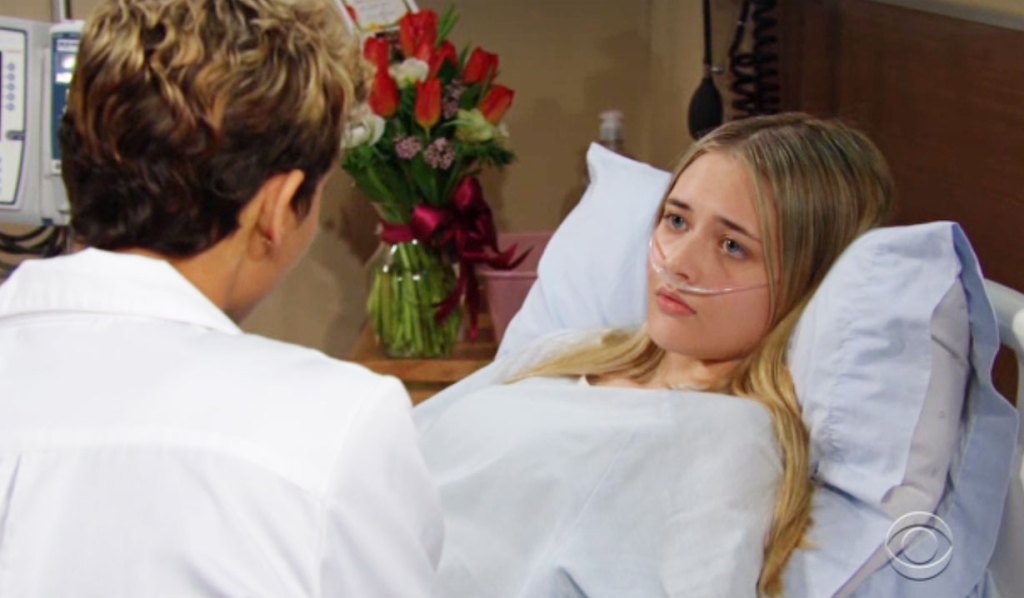 In the waiting area, Moses tries to get information about Faith from Nate, who can’t talk to him about a patient, but is willing to let him clock in for some volunteer hours. As Moses goes to change, Nick appears and asks Nate, “What have you learned?” In Faith’s room, Sharon reassures her. She wonders what’s taking her dad so long. 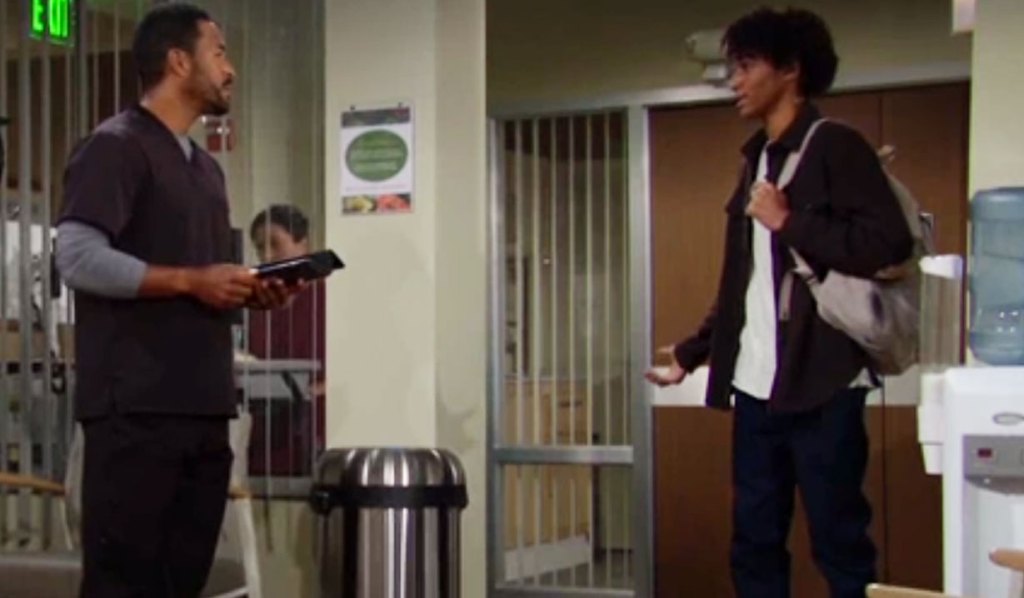 In the waiting area, Nate warns Nick they can get the infection under control, but may not be able to reverse the kidney damage. Nick learns it would be several hours a few times a week for the rest of her life. He cries, “No, there has to be another option.” Nate explains the alternative would be a kidney transplant. Nick agonizes. Nate warns finding a donor match could be tough and the wait could be years, unless there’s a willing relative with a compatible blood type. He advises Nick not to wait — Faith has a rare blood type and finding a donor could be… challenging. 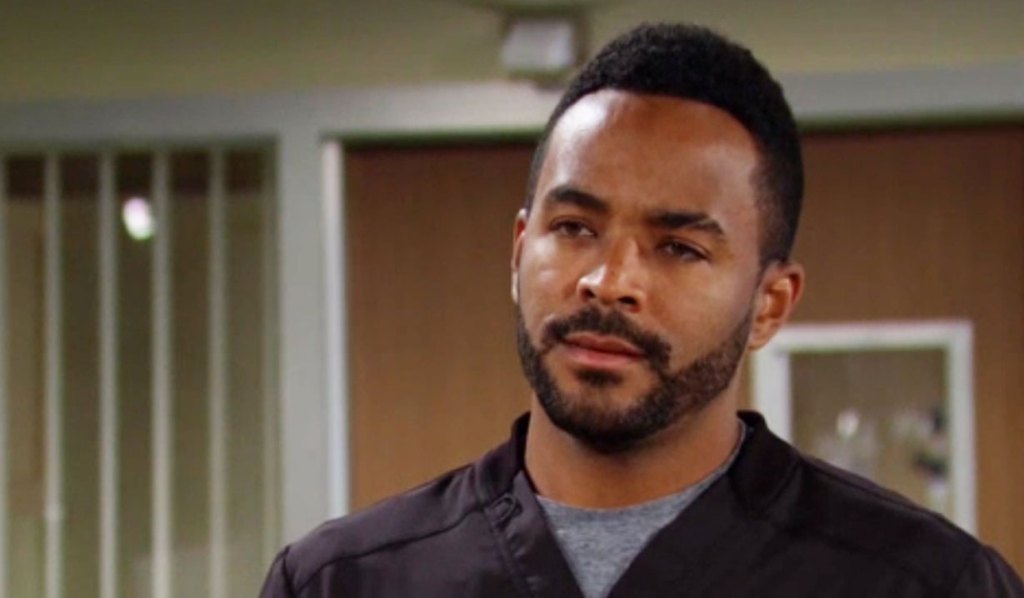 At Jabot, Kyle’s dismayed when Summer tells him Jack is with Sally, but he’s sure his father’s eyes have been opened where she’s concerned. Talk turns to Summer wanting to announce their engagement. She also has a theme for their big wedding — unforgettable. Kyle wouldn’t have it any other way. 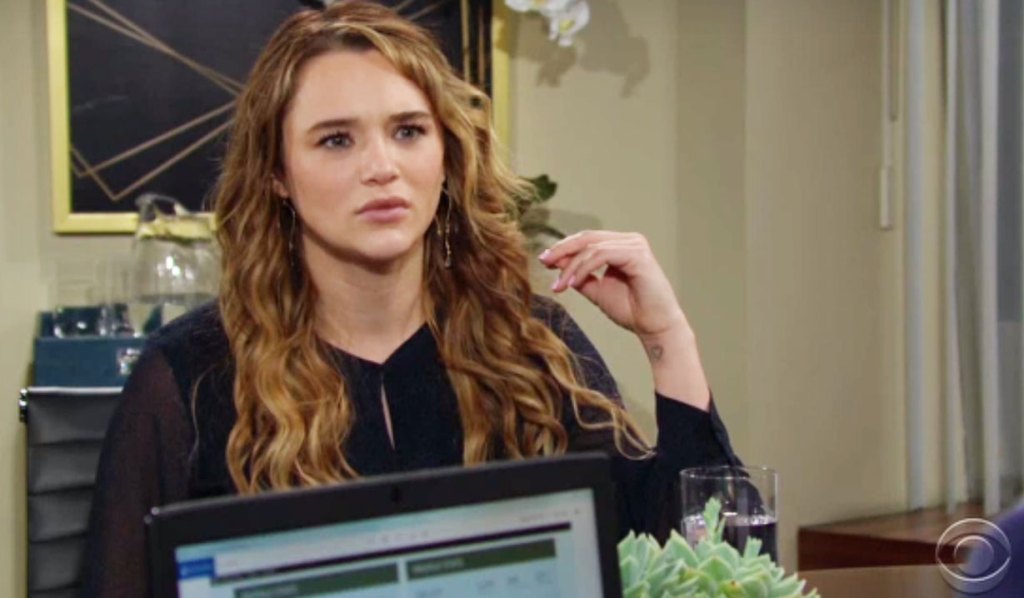 Next on The Young and the Restless: Devon makes Amanda a promise.

Be sure to take a moment to look back on Kyle and Summer’s love story in the gallery below. Get your free daily soap-opera fix for The Young and the Restless — and all of the other daytime dramas — delivered straight to your email inbox by signing up for Soaps.com’s newsletter. 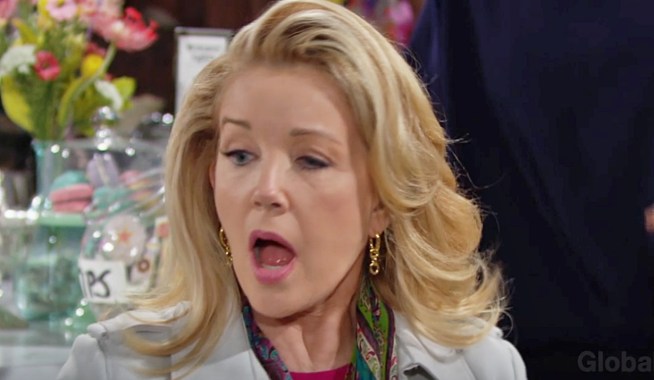 Sharon and Nikki Are Horrified When Another Crisis Unfolds Involving Faith 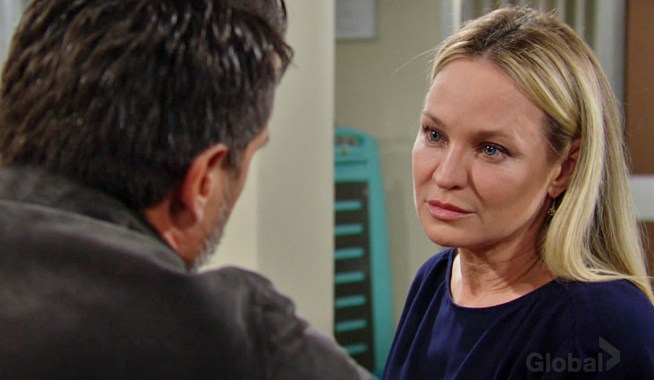