Friday, February 26, 2021: Today on The Young and the Restless, Chelsea signals her distress to a visitor, Sally and Jack discuss their relationship, and Phyllis keeps an enemy close. 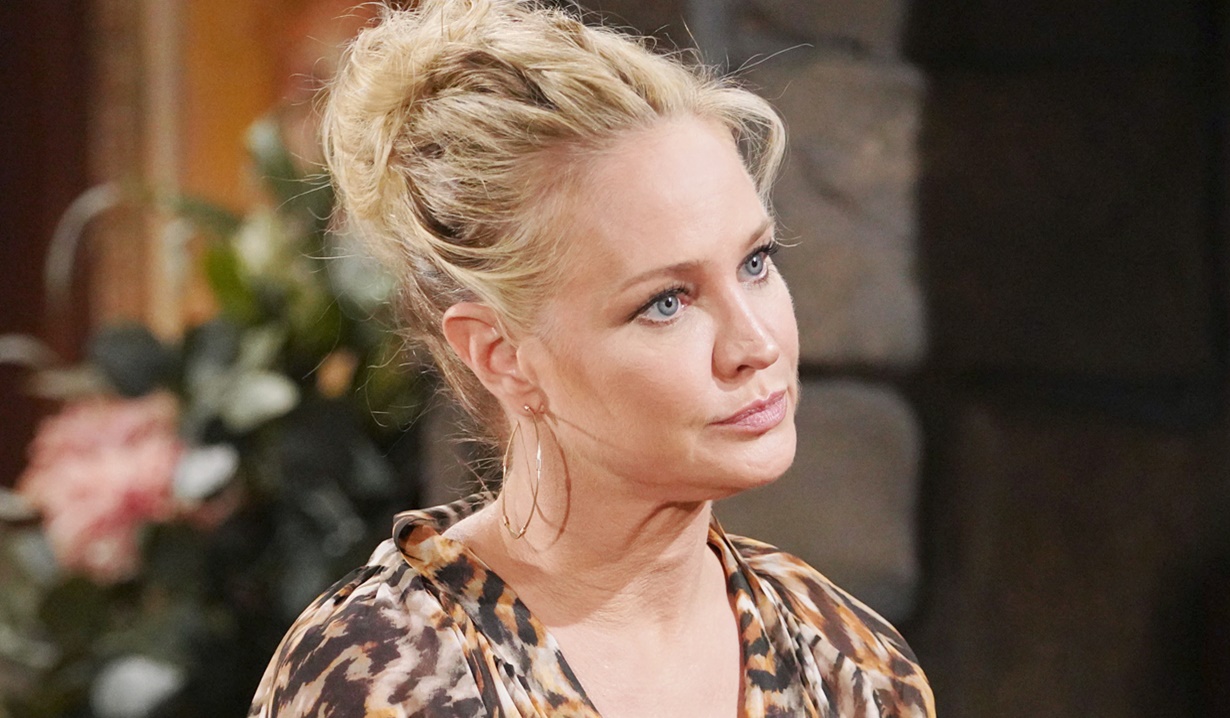 At Society, Nick updates Rey that Faith will be staying with him for a while. Rey thinks it makes sense. Rey hopes to see Sharon later and hash things out. He asks Nick if he thinks that’s possible given that this is Adam — or is he just kidding himself? Nick feels Rey has a shot since he’s not as much of a hothead as he is when it comes to Adam. He reminds the guy that he’s the one she chose to spend the rest of her life with. If Rey can’t put an end to this thing with Adam, nobody can!

Sally walks into the hotel and greets Phyllis before asking her about a bigger suite again. Phyllis muses that she’s still on the waitlist. They’re verbally sparring when Jack enters — he’s there to meet Sally and asks, “Are you ready to go?” Sally smiles at Phyllis as she replies, “I can’t wait.” Jack explains he’s taking Sally to pick up her new car. 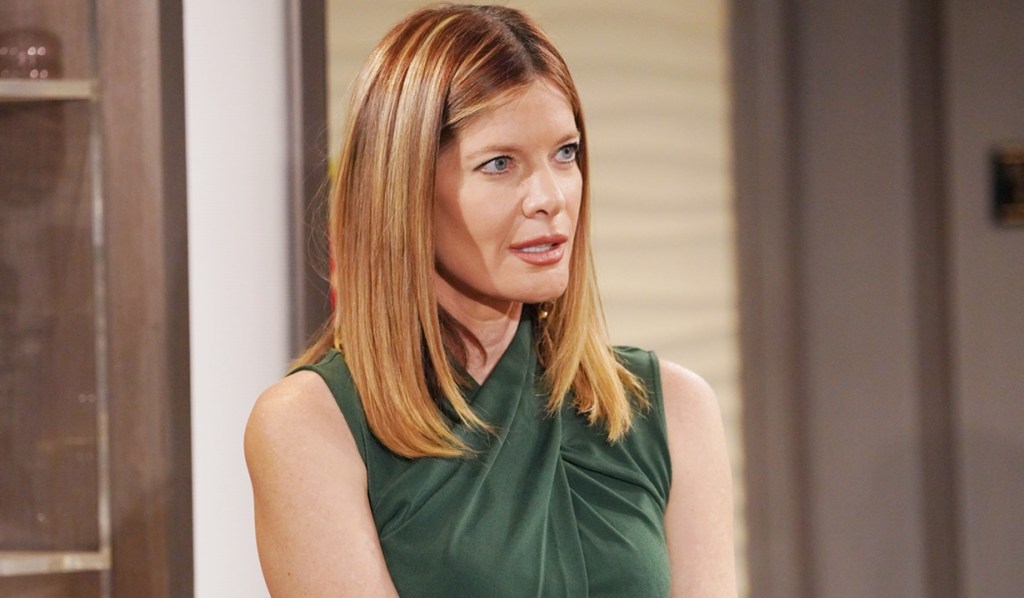 Chloe arrives at the penthouse door, where Adam unsuccessfully tries to get rid of her. Chloe joins Chelsea and asks for privacy. Adam warns her to keep it brief. Once he walks off, Chloe notices Chelsea’s crying. Chelsea thinks, “You have to get me out of here, Chloe. I can’t stay here. He broke my heart.” Chloe’s frustrated that her friend can’t communicate. Chelsea moves her hand but blinks furiously at Chloe to indicate she doesn’t want her to tell Adam. Chloe wonders if something happened between them. Chelsea fumes, “Sharon. Sharon happened. Again.”

Chloe decides to ask her questions with yes or no answers and learns she’s not in physical danger. Chelsea glances repeatedly toward the phone and tries to move her hand toward it but Adam interrupts. He nixes Chloe’s attempt to stay longer and promises Chels she’ll be back soon. Outside, Chloe gets on her phone and texts Kevin that Chelsea needs help. Inside, Chelsea makes a fist. 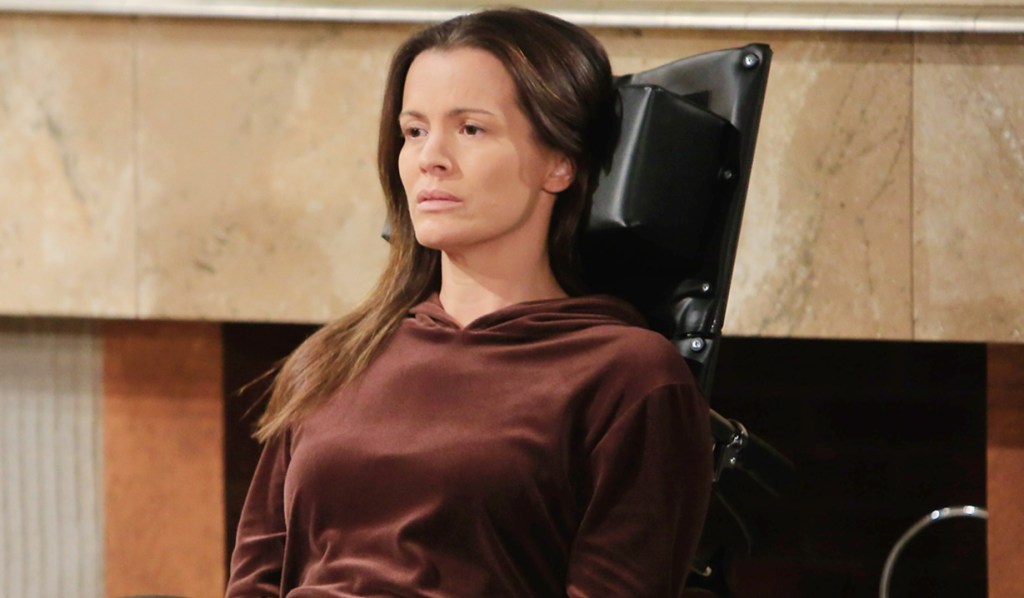 At Crimson Lights, Sharon texts Rey that she hopes to see him later. Jack stops in and tells her he won’t judge her on the photo since he knows her and Adam’s history is complicated. Sharon rushes to explain that Adam was caught in the moment and complains it appears to be a kid who splashed it all over the internet. Sally enters and Sharon congratulates her on the new car. Sally heads to the patio and Sharon teases, “You two seem close.” Jack shrugs off the question in her remark, wishes her well, and joins the redhead.

On the patio, Sally goes on about her car’s features as Jack grins. They makes plans to go driving in the country, which will double as a winter driving lesson. Jack knows a bed & breakfast where they can get lunch. Sally chirps, “It’s a date,” and points out it’s their second. She wants to call their outings dates and hopes there will be more of them… unless that’s not where his head’s at. Jack likes spending time with her but… She interrupts to say she understands they should take it slow and see where it leads. Jack looks forward to their next outing. After Sally leaves, Jack tells Traci by phone he’s having the best day he’s had in ages. 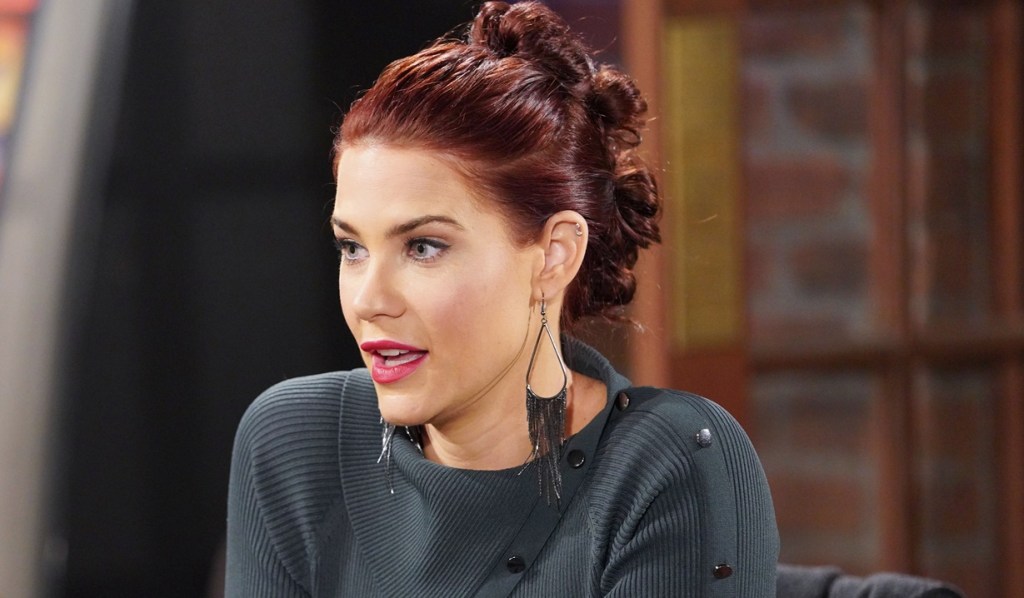 More: Are Jack and Sally headed for a shocking twist?

Nick joins Phyllis at Grand Phoenix and they discuss what to do about Faith being bullied. He’s convinced it led to her drinking. He sighs that the kids did this because they found out what Adam did. Phyllis is surprised he’s blaming Adam and suggests he let it go and give Faith a break for one night… if only because the photo of her mother making out with Adam hit social media. “That’s a catastrophe waiting to happen.” 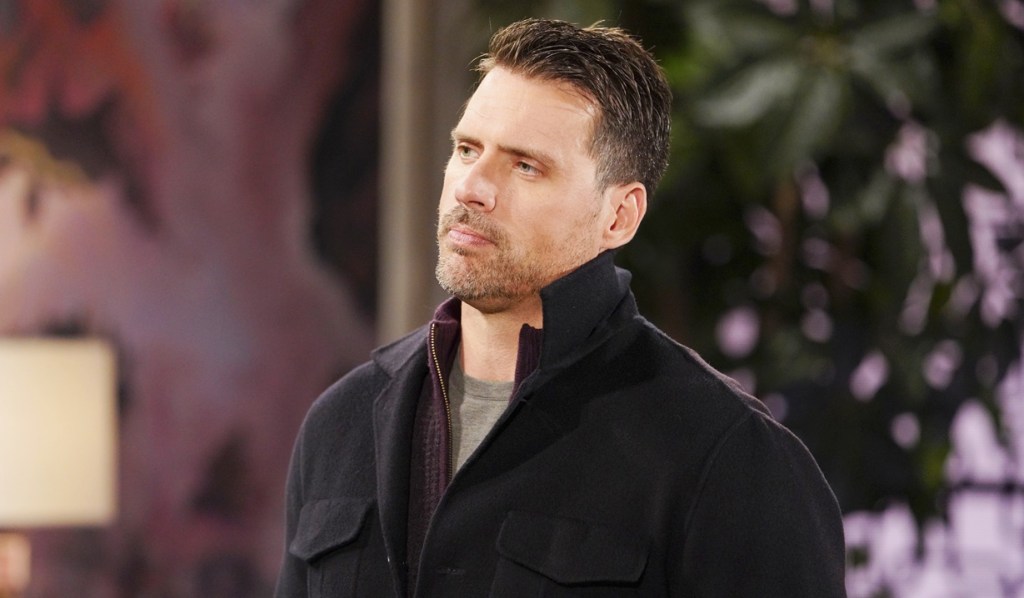 After checking on Faith in the nail salon, Nick rejoins his girlfriend, who confides she wants to give that Sally Spectra a big dose of reality. She complains about her fawning all over Jack and questions why he can’t see what she sees. Nick shrugs his shoulders. “Why do you care so much?” Phyllis isn’t pleased with her going after Jack and shares she suggested to Summer they team up. Nick isn’t surprised Summer didn’t take her up on it. He reminds her Jack’s a grown man who wouldn’t allow himself to take advantage of, but Phyllis argues he’s just been so vulnerable, sad, and lonely. Nick advises she stay out of it.

More: Will Faith’s troubles bring her parents together?

Sally arrives at the hotel and informs Phyllis that she’s moving to the Athletic Club. Phyllis stops her as she heads to the elevator — something bigger just opened up. Sally’s thrilled she could accommodate her. Phyllis purrs, “I’m thrilled too.” After, Phyllis tells Nick she has to keep her there to see what she’s up to. Nick makes a face like she’s losing it.

At Sharon’s place, Rey regrets the way he stormed out of there but the photo got to him. He understands the kiss was an impulsive mistake but advises Sharon she could press charges. Sharon blurts that she doesn’t want to. Rey finds out she knows he paid Adam a visit because he came by the house. He’s angry. Rey muses that even when Adam’s not around he’s present in their marriage — they have to discuss how to change that. Sharon is willing to do whatever it takes to repair the damage. 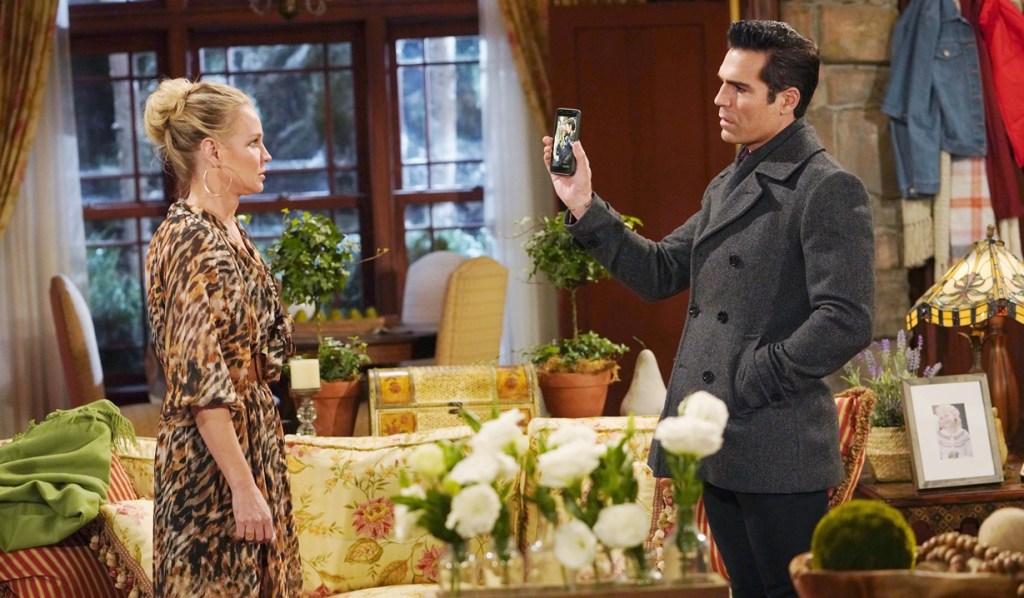 Rey wants Sharon to undergo therapy to get to the real reason she hasn’t been able to let go of Adam. He believes Adam is an addiction for her. Sharon accuses him of over-reacting but Rey argues that she didn’t resist that kiss or stop him and holds up the photo as evidence. Sharon denies it and is angry at what he’s suggesting. “How could you possibly think any of this would help us?!” Rey strongly believes therapy would help — her dynamic with Adam is a real obstacle for him. He wants to overcome it together.

Next on The Young and the Restless: Mariah and Tessa get a reality check.

See a gallery of Nick and Phyllis’ tortured love story below. Get your free daily soap-opera fix for The Young and the Restless — and all of the other daytime dramas — delivered straight to your email inbox by signing up for Soaps.com’s newsletter. 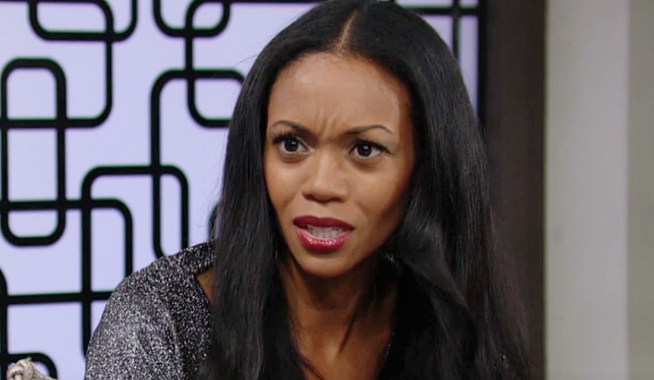 Kyle's World is Rocked by a Life-Changing Truth 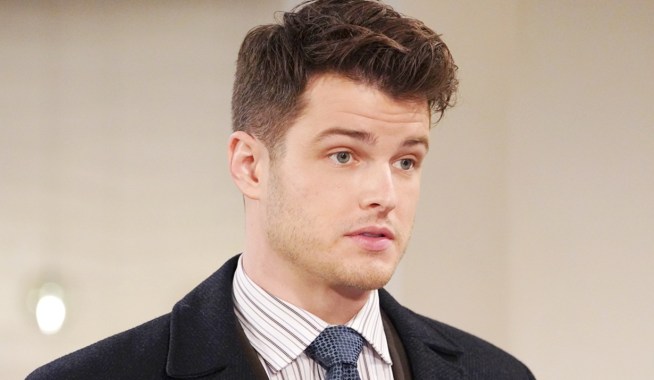