Thursday, February 25, 2021: Today on The Young and the Restless, Nick takes matters into his own hands, Mariah questions Sharon, and Amanda meets with Naya again. 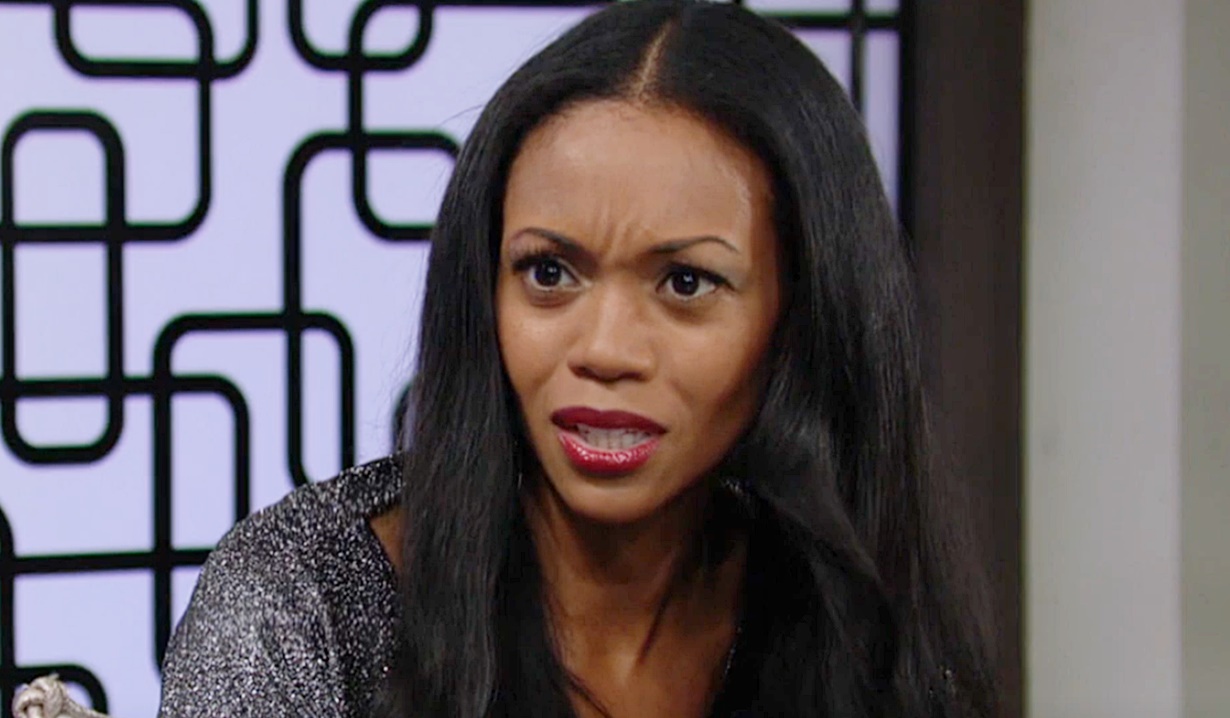 At the hotel, Phyllis and Nick discuss Faith moving in with him and she suggests he bring her for a spa day. Talk turns to the kiss and Phyllis blames Adam. She figures he wants to ruin Sharon’s marriage.

At home, Sharon offers Faith breakfast but she’s not hungry and is sorry she missed Rey, who seems to already be gone. Faith steps away and Sharon reads Rey’s message from last night explaining he was staying at the station. When Nick shows up, Sharon agrees with him that this is for the best. He learns Rey didn’t come home last night. They go over the kiss again. Sharon insists Rey got the wrong idea, but doesn’t want to talk about it anymore. Nick’s irked to hear Adam came by there last night. She relays that Rey threatened Adam — he should be talking to her! Nick urged Rey to work through this.

The conversation turns to Faith being bullied. Nick believes the culprits need consequences. Once Faith appears, Nick goes to put her bag in the car. Sharon tells her daughter, “I’ll miss you,” and promises to try to work things out with Rey. Nick returns and reveals he has Faith’s phone. He won’t return it until she gives him the names of the kids harassing her. Exasperated, Faith explains that will only make things worse. “I just with you would stay out of it!” Nick and Sharon debate with her. Nick will get her a new phone and keep the current one to see any new messages that come in. Faith slams out and Nick urges Sharon to make things right with Rey. 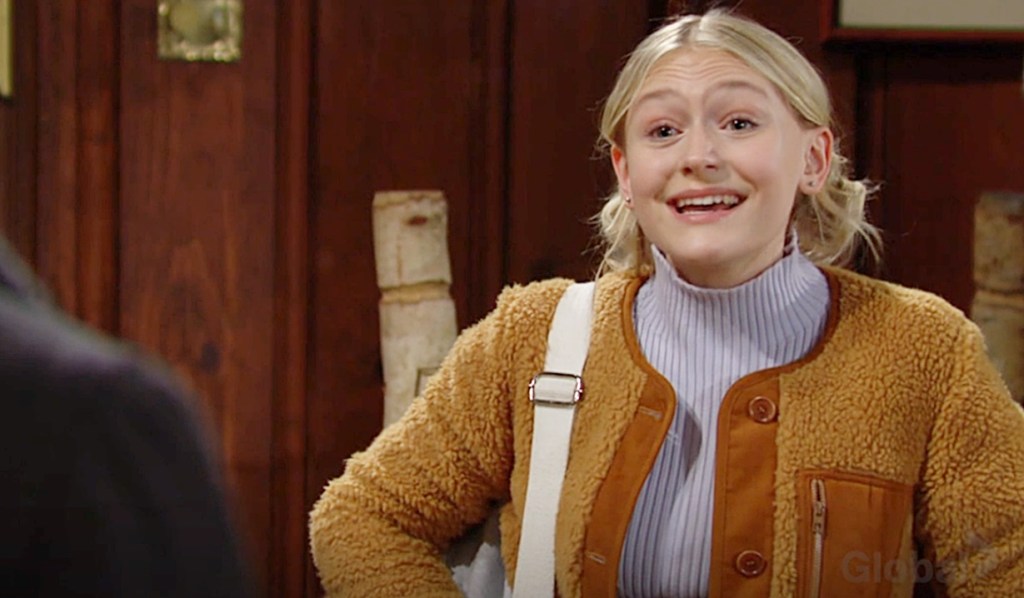 More: Will Shick reunite on Y&R?

At the Chancellor mansion, Abby and Nina go over Devon’s offer to be the donor. Abby questions what she and Chance, as privileged white people, would know about raising a biracial child. Someone might say something racist to them and she doesn’t know if they could deal with that. Nina feels they could find a way through it. Abby wishes she could discuss it with Chance. Part of her is thrilled at the idea of Devon as a donor but she doesn’t think she could go through with it unless he agreed to be part of the baby’s life. Abby starts researching raising a child of a different race and muses about how lucky they are to have friends who have volunteered to help them. She looks at Katherine’s portrait and decides she’s ready to call Devon. 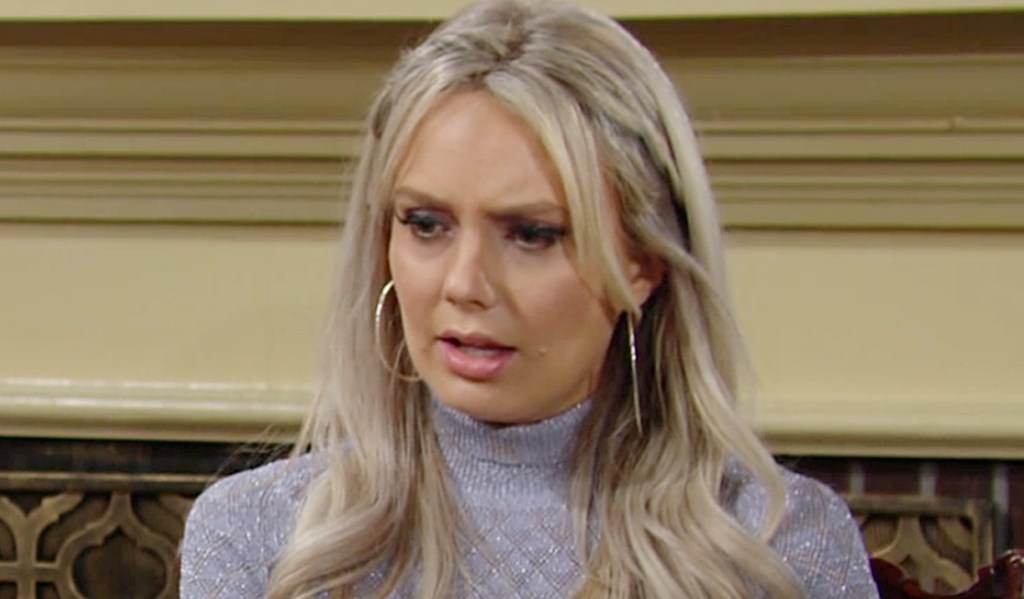 When Devon arrives at the mansion, he assures Abby he won’t be offended if she decides to go in another direction. Abby asks Devon and Nina to sit and then asks how Devon feels about white parents raising a black child. Devon agrees it’s a lot to consider but points out Lily’s children didn’t have the same skin color as their father. He thinks it will be fine. Abby relays that, at the right age, they would want the child to know he was the donor. Taking a deep breath she asks, “Are you ready to be a part of this family?” When Mariah arrives, Devon shares the good news and Abby pops open some champagne to toast Baby Chancellor. Nina and Abby will pick up the tab for the legal contracts and Christine will look them over. Abby declares that Baby Chancellor will be surrounded by love from the very beginning. 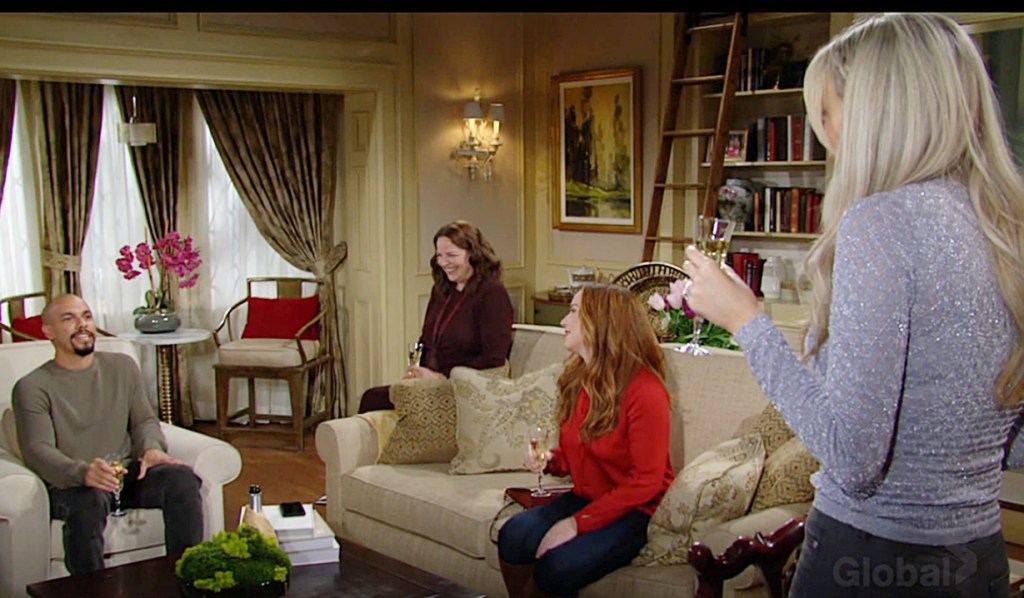 Amanda and Naya meet up again at the Grand Phoenix. Amanda doesn’t think she understands how it feels to be kept a secret, but she will try not to take it personally. Naya may not be ready to have certain conversations with her family but wants to have this one with her. They start getting to know one another and Naya opens up about college and Amanda shares how she got into school herself against all odds. Naya’s impressed to hear she went to Yale law school. She had nothing to do with Amanda’s achievements but she’s never been prouder of anyone in her life. Amanda gets choked up. Her mother is equally jazzed about her being the head counsel for Chancellor Communications. She deeply regrets her decision to leave Amanda and Hilary now. Amanda wonders what she would have done if she’d found out how she was living; so lonely and painfully. Naya doesn’t know how to answer that. Amanda thinks she just did. Naya’s phone rings — it’s Imani. She has to go but wants to talk to Amanda again. Amanda agrees. 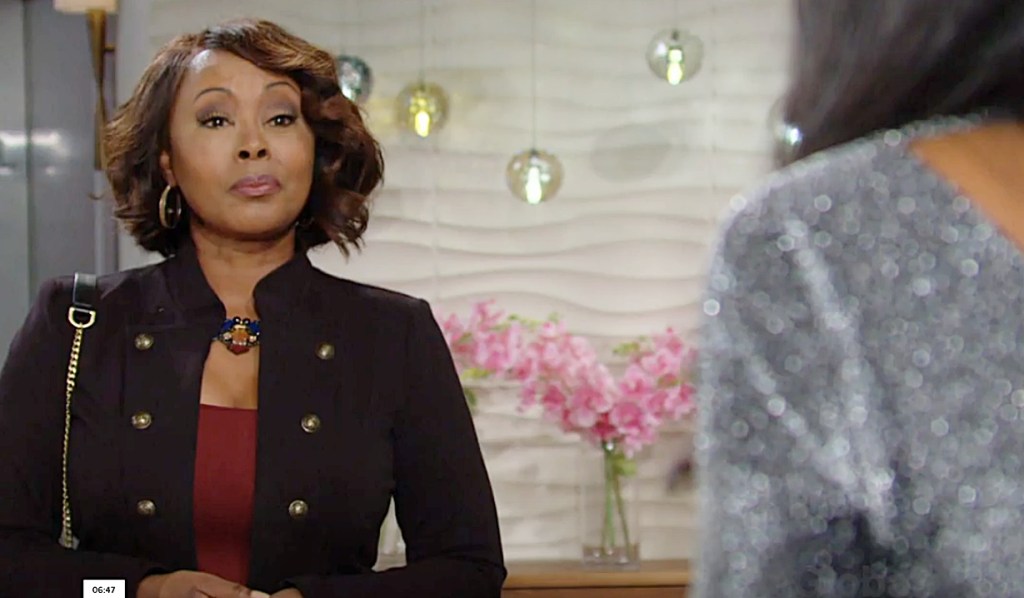 At Grand Phoenix, Faith goes off happily to the spa leaving Phyllis and Nick to discuss the bullying. Phyllis reminds him that the bullies may have things going on — Summer did it when she was a teen. Talk turns to Sharon’s problems. Phyllis knows she’s a good mom and there’s nothing she wouldn’t do for her daughter.

More: The one thing that could make Jack and Sally work

Nearby, Devon joins Amanda, who isn’t sure what to think about her relationship with Naya; it feels fragile. Devon relays Abby took him up on his offer and Amanda’s surprised. She wonders how he sees this all working out. Devon begins by asking Amanda to act as his attorney for the process. Amanda raises the possibility that Chance may not return. Devon insists that won’t happen. She points out Devon will be doing some heavy lifting without any rights, and warns that while they all seem to want the same thing, circumstances change; people change. The best way to keep things harmonious is with a contract that protects his interests.

At Crimson Lights, Mariah wants to know why her mother kissed Adam. Sharon replies, “He kissed me.” She doesn’t want to discuss it. Mariah asks about Faith. Sharon relays she’s upset and living with Nick now. Talk turns to Mariah and she shares the latest — Abby’s chosen Devon as her donor. Sharon gushes that what the two of them are doing is so incredibly generous. Mariah’s never felt more grounded or excited. Sharon reminds her of the realities of surrogacy, then gets a text from Rey, who’s coming home. She will open her heart and pray that’s enough. 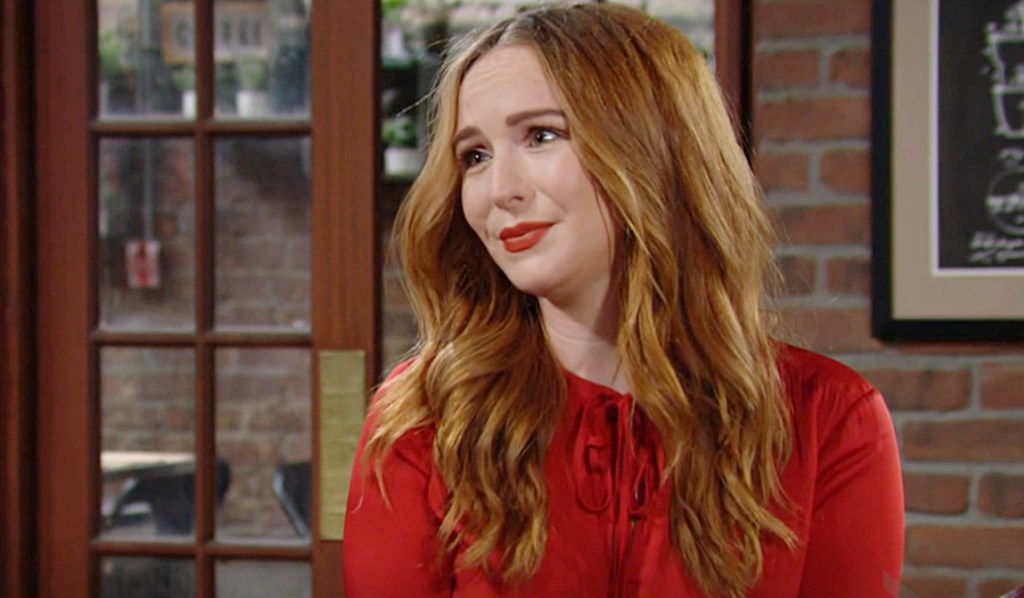 Next on The Young and the Restless: Sharon and Rey face their marital crisis.

Relive Abby and Chance’s wedding in the gallery below. Get your free daily soap-opera fix for The Young and the Restless — and all of the other daytime dramas — delivered straight to your email inbox by signing up for Soaps.com’s newsletter. 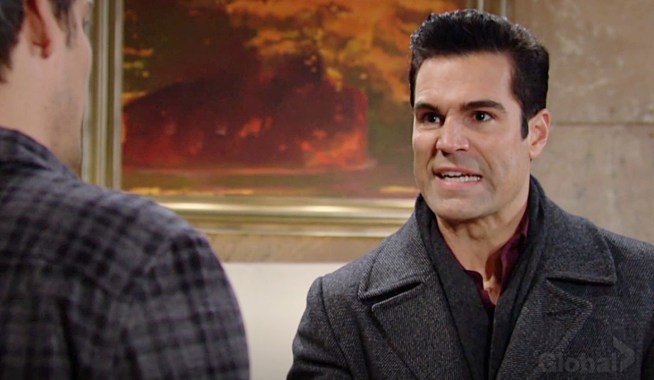 Rey's Accusations Anger Sharon When They Have It Out Over Adam 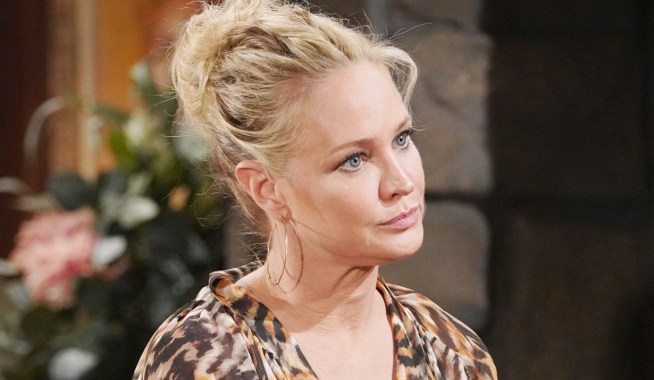