Thursday, January 21, 2021: Today on The Young and the Restless, Traci leans on Jack, Victor and Chance talk, and Phyllis deals with unforeseen hotel guests. 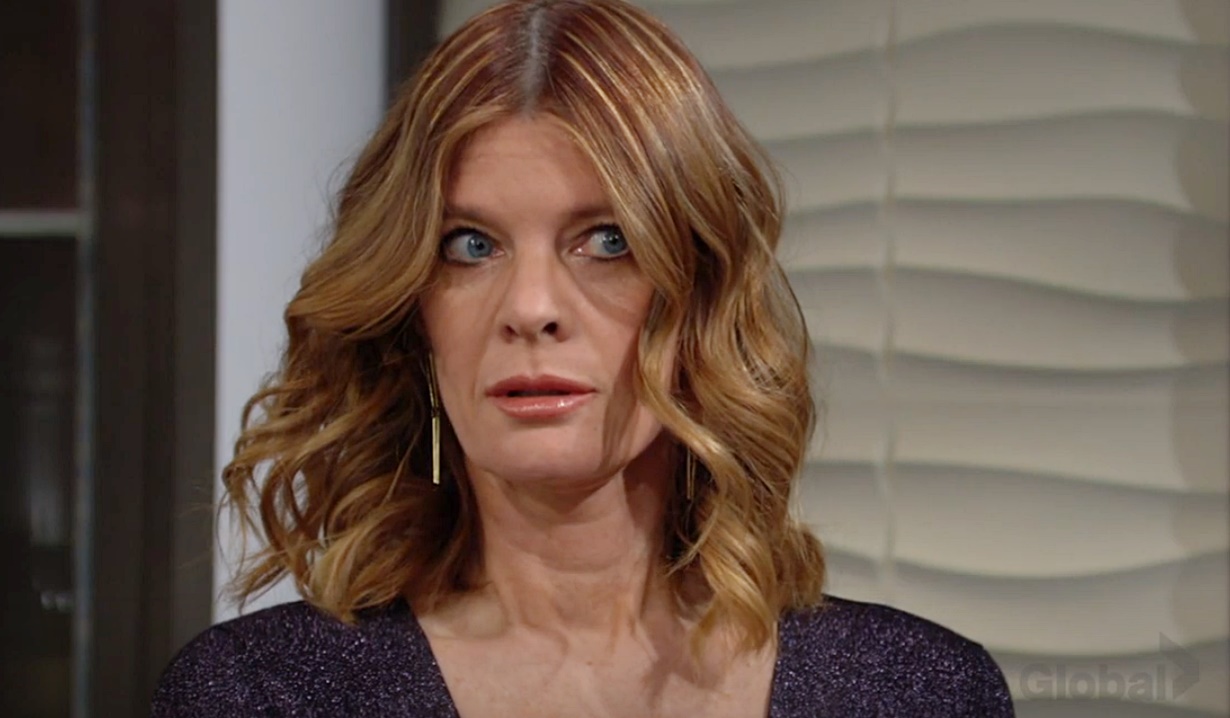 At the Abbott mansion, Jack finds Traci deep in thought and asks what’s wrong. Traci stammers that it’s not her place to say. Jack grows concerned and won’t give up. Traci decides she’ll tell him so he doesn’t inadvertently say something to upset Abby. Traci fills him in offscreen.

More: The crossover moment no one asked for

Jack sighs, “Poor Abby.” He reflects on being cheated of the chance to raise a child of his from birth before marveling that Traci went through the greatest loss of all and is resilient. Traci cries. She doesn’t want to be gracious or resilient… she just wants her Colleen back. Jack regrets setting expectations too high with the Teardrop of Love, but Traci assures him it was a beautiful gift. 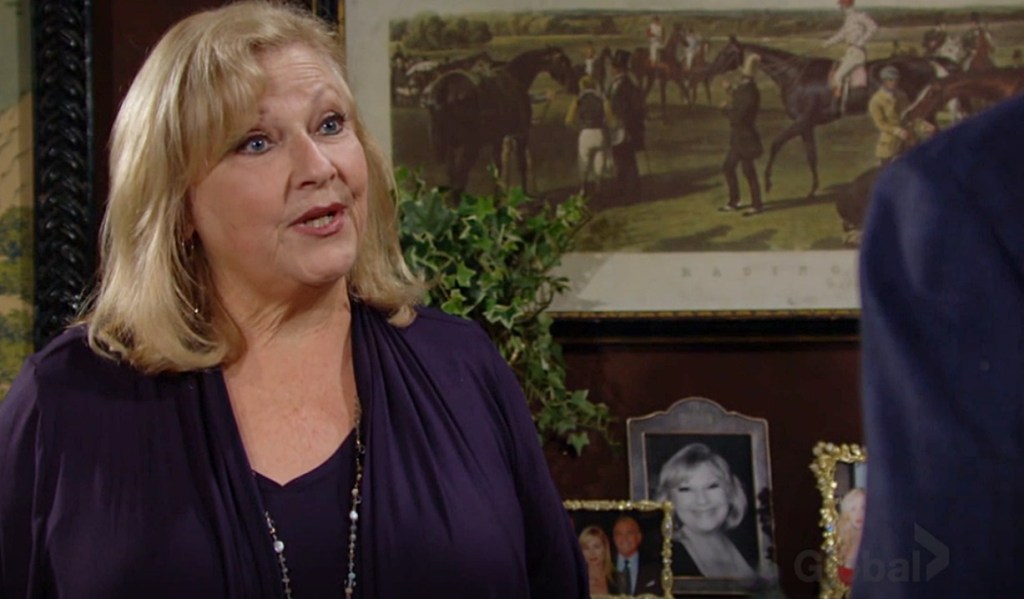 At the Chancellor mansion, Abby imagines Chance calling his mother to rant that he made a huge mistake marrying Abby — now that they can’t have children together what kind of future can they really have? Abby snaps out of it, picks up the Baby’s First Christmas ornament and places it on the mantle. Chance appears to check in. She tells him she needs time alone and will go for a drive. Chance protests; he wants to go through this with her. Abby has to sort out her emotions and leaves. 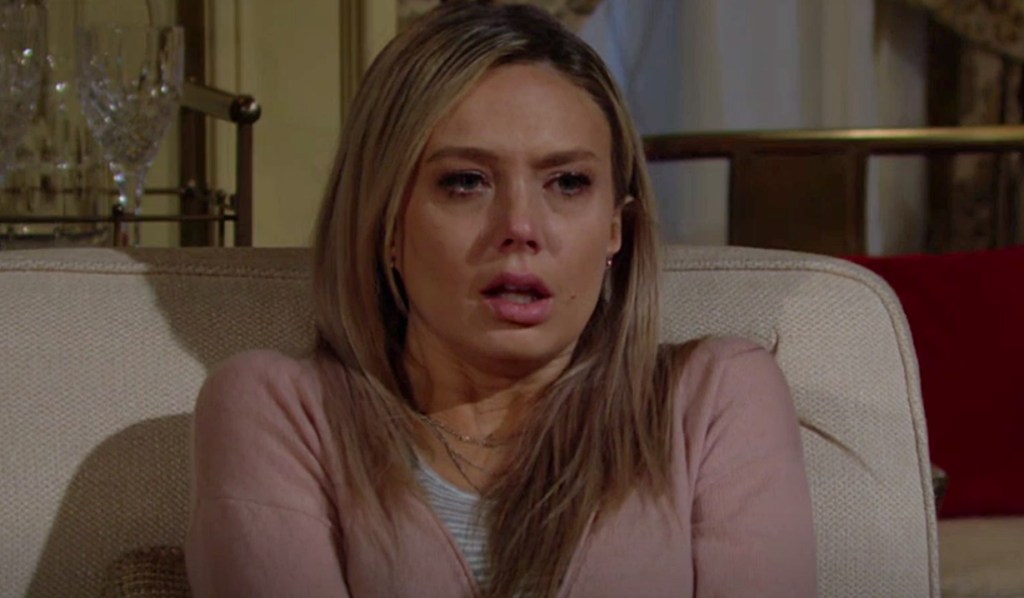 Once alone, Chance answers the door to Victor, who questions him letting Abby go out by herself. Chance couldn’t change her mind or make her feel better. He chastises Victor for calling all the specialists. Victor will help his daughter if he likes. Chance informs him it didn’t help. After apologizing, Chance opens up about how helpless he feels. Victor warns it could strain his relationship, then suggests Chance pour some tequila.

At Social, Abby lingers in the dark and imagines Nikki and Victor worrying about her shutting everyone out and discussing her miscarriage, which has broken her heart all over again. They marvel that no one can get through to her — even Ashley. They recall Ashley nearly losing her mind over her baby, Robert. When Victor mentions Abby having options, Abby snaps out of her imagination and runs out. 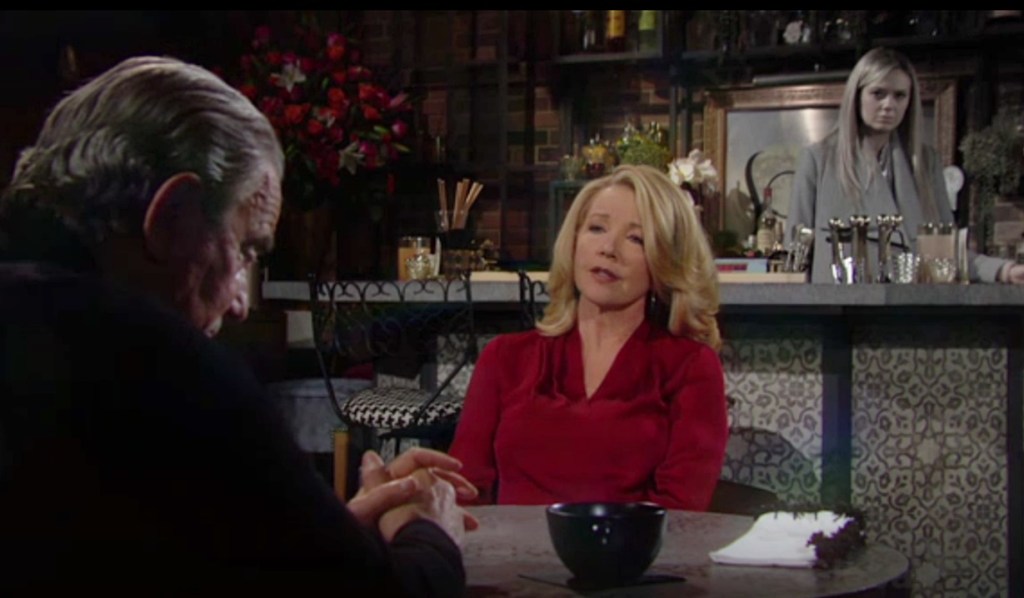 At Crimson Lights, Abby talks to Mariah about how understanding Chance has been, but it feels like pity. She cries about being broken. Mariah reminds her she did nothing wrong; this is just something that happened to her. It sucks that someone she cares about so much is going through this. “Nobody thinks you’re broken.” Abby laments she’ll never have the experience of telling Chance they’re pregnant or bonding with a baby growing inside of her. She’ll let it go, but needs some time. 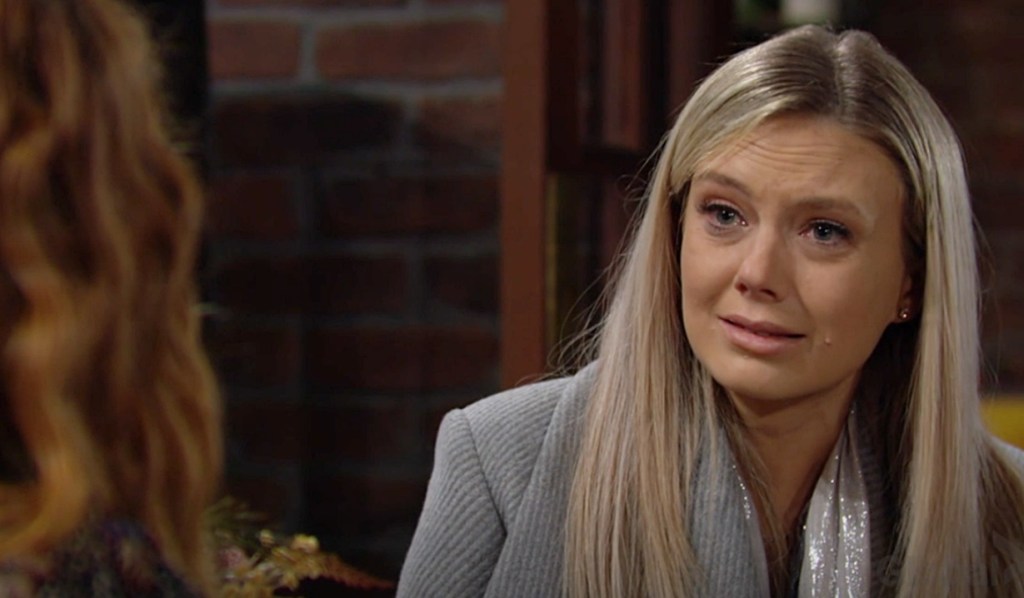 Still at the Chancellor mansion, Victor talks to Chance about building a legacy for his children. Having kids changed his life immeasurably. He presumes Chance wants children as much as Abby does. Chance has dreamed of it. This has changed his vision, but doesn’t change how he feels about Abby. Victor likes what he hears. He feels Abby is strong and will pull through this. Chance will follow through on the promises he made during their vows. Victor appreciates that. He wonders if Abby will be able to embrace a new vision of having a family and asks if Chance will be able to support her in that new vision. 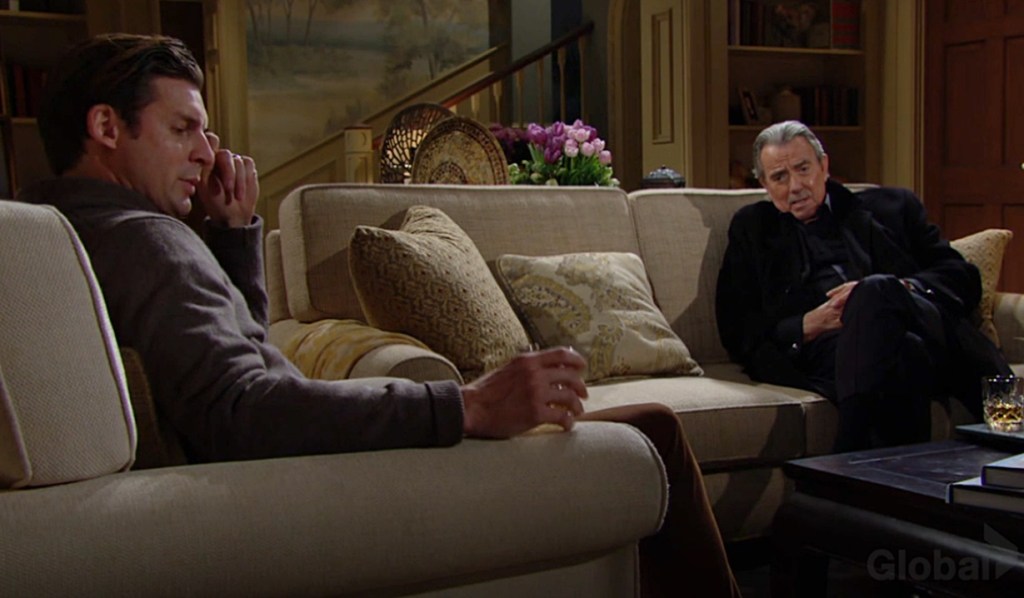 Phyllis groans as Abby enters the hotel lobby. She’s taken aback when Abby asks for a room and assumes she had a fight with Chance. Phyllis is stunned when Abby breaks down as she relays that her marriage is doing great and she and Chance are looking forward to… the future. Phyllis asks what’s wrong with her; she’s about to lose it in her lobby. Abby starts to freak out so Phyllis pushes a key at her and says the room’s on her. Abby thanks her. 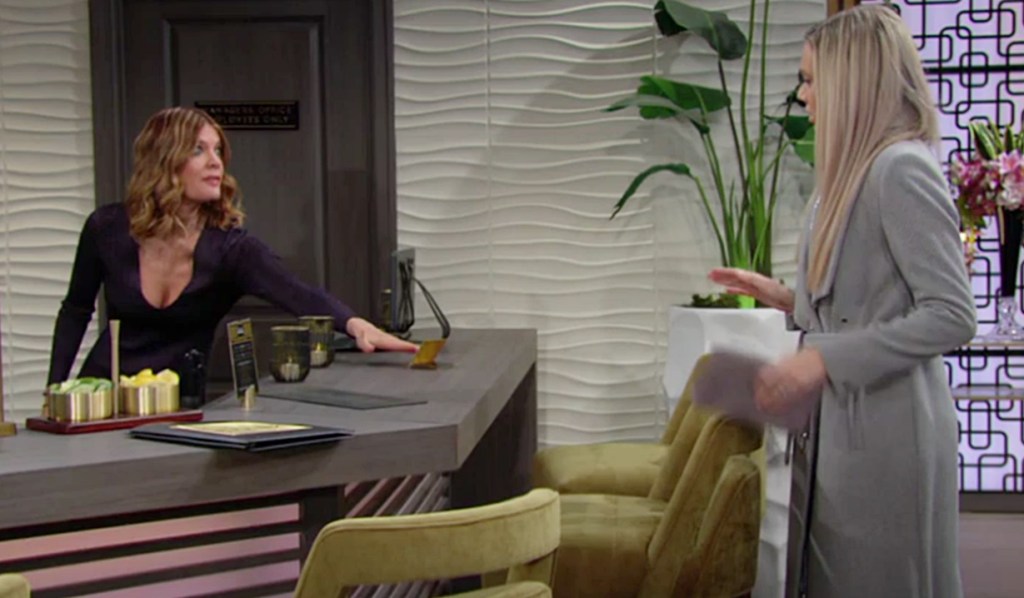 At the Abbott mansion, Jack and Traci are grateful they can still confide in each other and laugh about sounding like the family elders. Traci teases he sounds like John. It’s all he ever wanted, to be just like him, and now he is. Jack tears up — that’s the nicest thing anyone’s ever said to him. Traci resolves that with their support Abby and Chance will get through this difficult time.

Victor arrives at the Grand Phoenix where Phyllis muses, “There must really be a problem.” He learns Abby stayed the night at the hotel and Phyllis comped her a room.

More: Y&R fans are not happy about Victoria’s storyline

In her suite, Abby dreams she’s soothing a crying baby in a bassinette. She awakens, looks sad, and reads a text from Chance saying he’s working from home.

Abby enters the lobby to hear Victor berating someone on the phone for not showing up for their breakfast meeting. She assumes Phyllis called him and told him she was there, but Phyllis snaps, “I didn’t call him. We don’t talk.” Abby updates Victor that she slept and did some soul-searching. Now she’s headed home to discuss things with Chance. Victor tells her if she needs anything to call him. 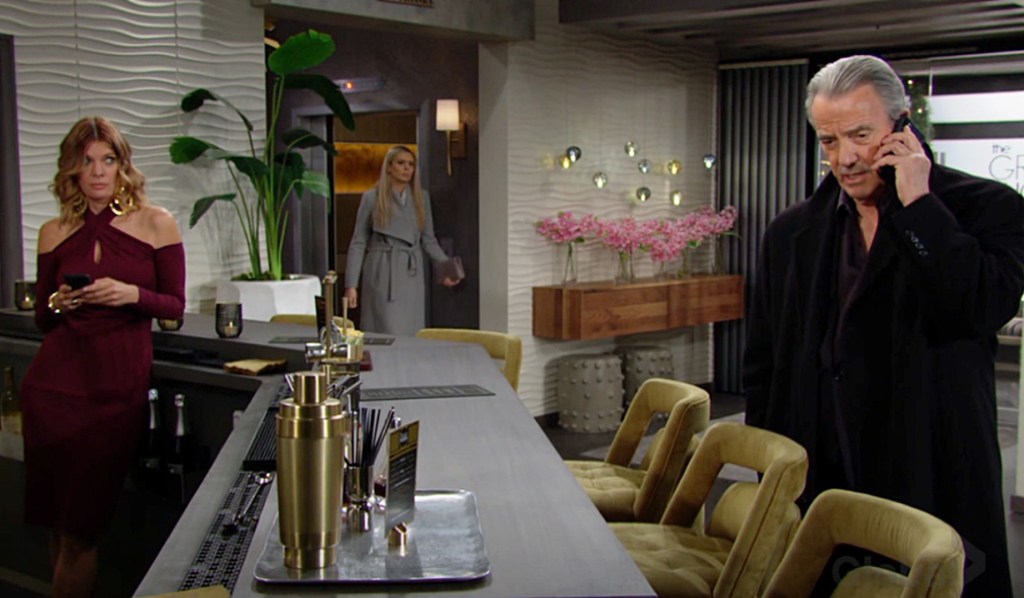 After Abby’s gone, Phyllis tells Victor her hotel worked its magic. Victor asks if she owns the place. She does, which is why she deserves to know what’s going on. Victor bids her a nice day and exits.

Abby arrives at home and tells Chance they need to talk. Chance loves her and wants to be by her side through every part of this. Abby’s devastated that she can’t carry a child, and was crushed; it’s the biggest disappointment of her life. Even though she can’t get pregnant, she can still be a mom. 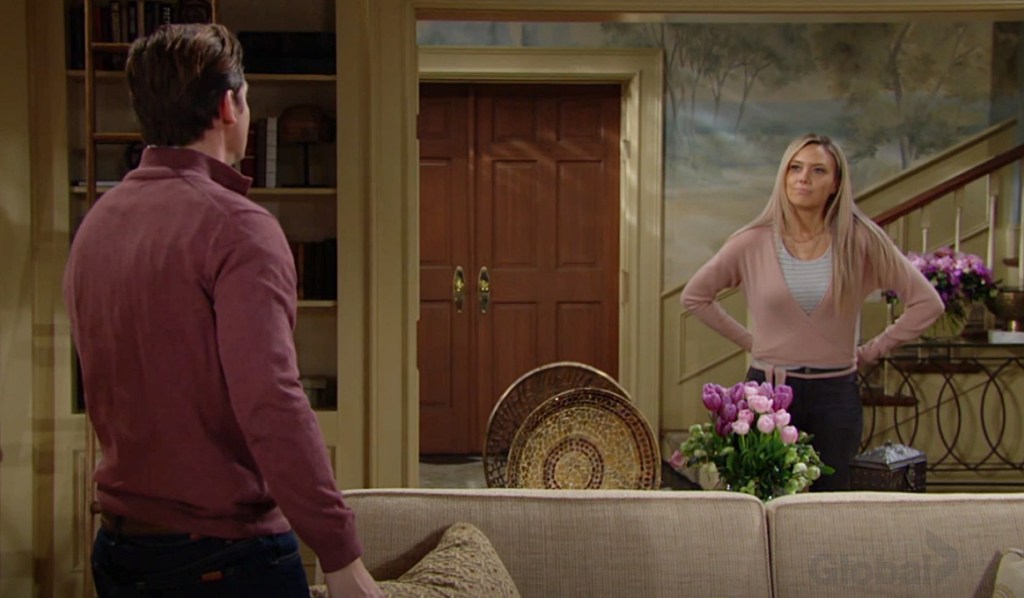 They’ll have to look at all the options and find out what’s best for them. Chance assures her, “I’m there.” Abby warns him she’ll over-research this, push too hard, want instant answers, and be annoying as hell, but in the end, someone will call them mommy and daddy. “Our dream will come true.” Chance sighs that she’s amazing — he can’t wait to get started on this new adventure with her.

Next on The Young and the Restless: Kevin receives a surprise visitor.

See a gallery of Abby’s Young & Restless history below. Get your free daily soap-opera fix for The Young and the Restless — and all of the other daytime dramas — delivered straight to your email inbox by signing up for Soaps.com’s newsletter.

Faith Lashes Out at Sharon After She...

Gloria Blows Back Into Town With an...