Tuesday, January 12, 2021: Today on The Young and the Restless, Abby grows concerned, Billy worries about Lily's reaction to his secret, and Summer and Kyle arrive in L.A. 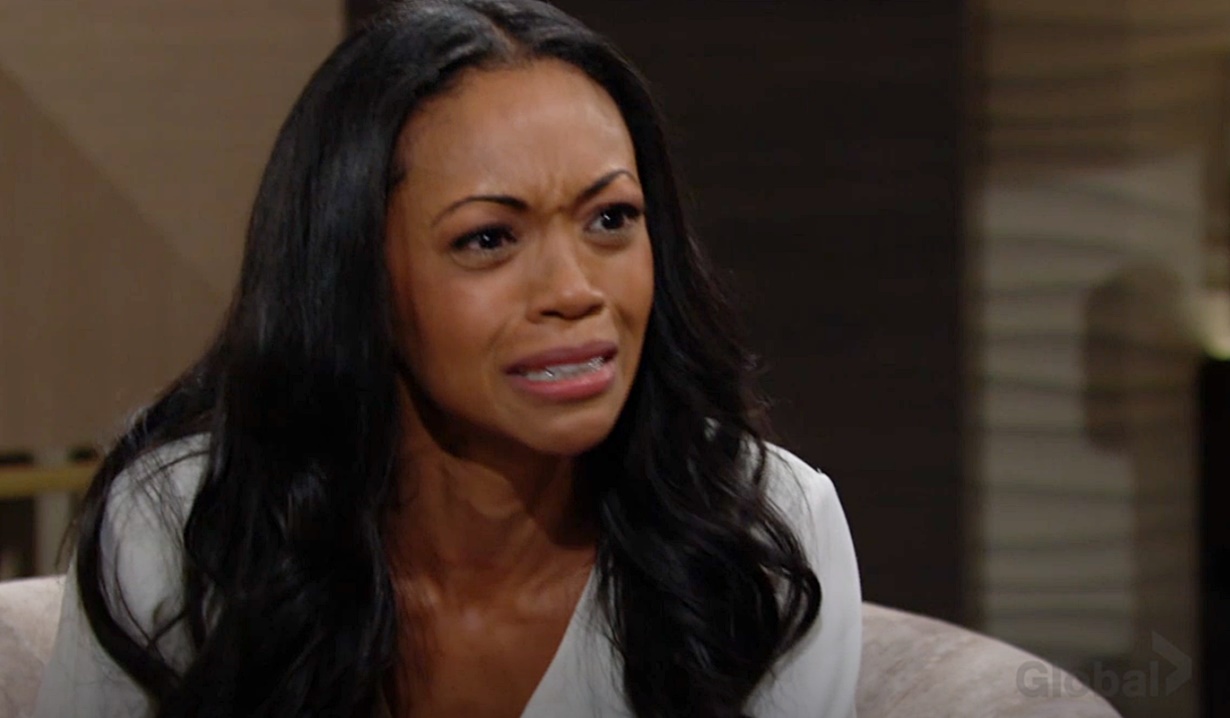 At the Chancellor Estate, Chance brings Abby ginger ale and crackers to settle her stomach. It suddenly dawns on her, “Maybe there’s more to this than just feeling nauseous.” Chance figures it’s more likely to be the clams they had for dinner than pregnancy. Not to be dissuaded, Abby decides she’ll take a test.

In Amanda’s suite, Naya begins by saying sorry. She tells Amanda she was, quite unfortunately, a mistake. Amanda sarcastically replies she’s glad she took time to find the right words. Naya explains sometimes the truth is harsh. She recalls telling her parents she was pregnant was the scariest thing she ever had to do coming from a very religious family with a father who was a rising star in politics. She was told to take a leave of absence from school to give birth then let the twins be adopted. Rose was paid off so there would be no further contact. Naya admits the decisions were made for her and she was relieved. 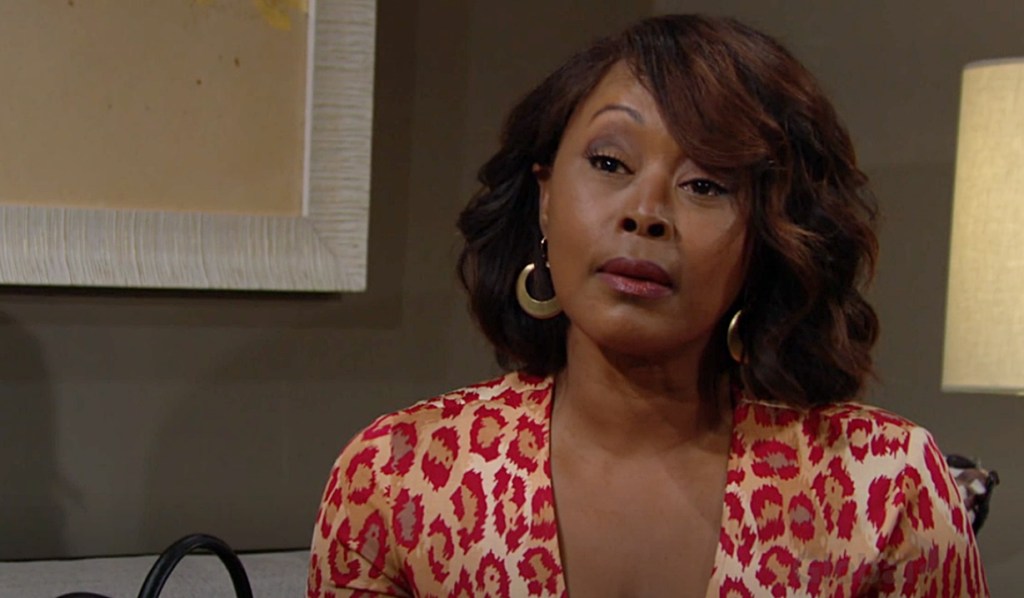 Amanda asks Naya how the decision was made to separate the twins. Naya assumes her parents made the call. She went back to finish school, then later married, and had a child the right way. Amanda questions her never looking for them. Naya explains the twins would have been a threat, but claims she’s a good mother to Imani. Amanda asks about her father. Naya says he died in a car accident a year after she was born. Amanda sighs, “So they’re both gone,” and tells her, “Hilary is dead.”

Naya learns Hilary died in a car accident just like her father. Amanda forces Naya to look at her. Her eyes and face were Hilary’s too but they shared nothing in life. “You robbed us of each other!” She then screams, “You missed out! Hilary was a star; she was a force of nature,” and adds that she’s pretty amazing too.  Naya cries, “I wish…” Amanda hollers, “You wish what?” Suddenly there’s hammering on the door – it’s Imani.

More: Fixing Y&R: 10 steps to getting back on track

Imani storms into Amanda’s room concerned because Naya’s been crying. Naya urges Imani to go home; they’ll talk later. Imani’s about to call the police when Naya stops her. “I’m sorry. This is not a lie. This is my daughter.” Imani turns to look at Amanda in shock. She barks that it can’t be true and insists she and her mother leave…now. As she goes, Naya tells Amanda the words “I’m sorry” are almost laughably inadequate but they’re all she has to offer. Amanda reminds her she was about to express a wish… what was it? Imani snaps, “Mom. Let’s go.” Naya exits. 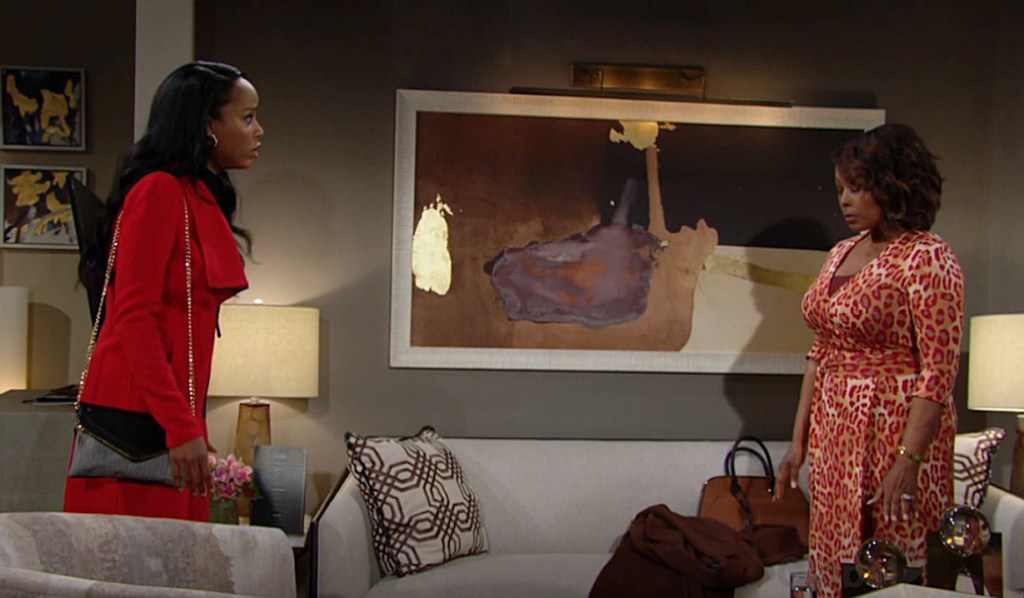 On the Jabot jet, Billy and Kyle bicker until everyone says their goodnights. Summer continues working. Billy calls her aside to say he thinks she’ll do really good things at Jabot Collective. Summer’s impressed with what he’s doing at Chance Comm as well. She hopes he’s left his worst instincts behind him for good. Billy’s had some help. Summer jokes she doesn’t know what Lily sees in him, then warns him not to hurt her. They establish that he’s grown and may now be worthy of her.

On the plane, talk turns to Billy having to do something difficult that’s long overdue. He tells Summer he’s very sorry. “I really hate what I did to you.” He took advantage of her feelings. Summer won’t pretend she was innocent but it did really hurt. Billy doesn’t know how she even talks to him, and appreciates her hearing him out. As he returns to his seat, Lily quickly closes her eyes. 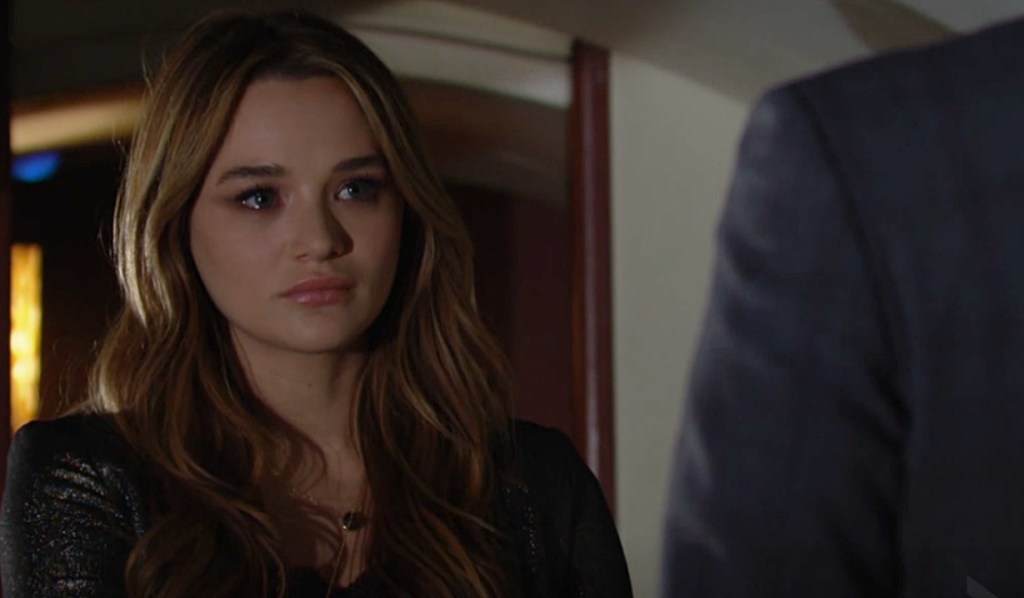 Later, Billy updates everyone that the pilot is ready to take off. He senses Lily is off and asks if everything’s alright. She’s just worried about being late for the meeting.

More: Find out when Y&R characters will crossover

At the Chancellor Estate, Abby’s pregnancy test was negative. She thinks it would be prudent to take another one and sends Chance to the all-night drugstore. 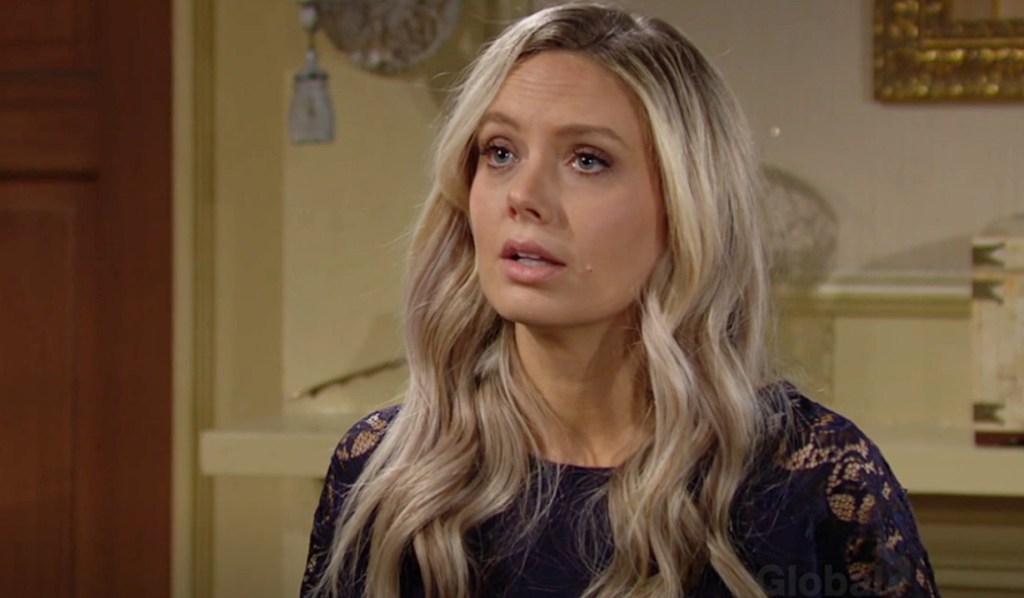 Chance returns with the pregnancy test to find Abby asleep on the couch. She awakens and relays she dreamed about the three babies again but this time they weren’t crying. She worries it’s an omen. Chance gives her a pep talk so she heads upstairs with the new pregnancy test. Later, Abby comes downstairs after another negative test and decides it’s time they both get checked out and find out what they can do to speed up this process.

As the jet lands in Los Angeles, Summer tells Billy to be good, and Kyle bickers with Billy about flying back together before they disembark. Once alone, Lily asks Billy if something happened between him and Summer. Billy explains that after he found out Phyllis cheated on him with Nick, he slept with Summer. Lily’s glad he and Summer talked, but warns this is a huge shock. Billy doesn’t want to keep secrets from her. “I care about you.” Lily knows he’s not a saint, but this sounds horrible. Billy didn’t want to disrespect her by lying about it, but admits he’s worried. Lily needs time to process this. 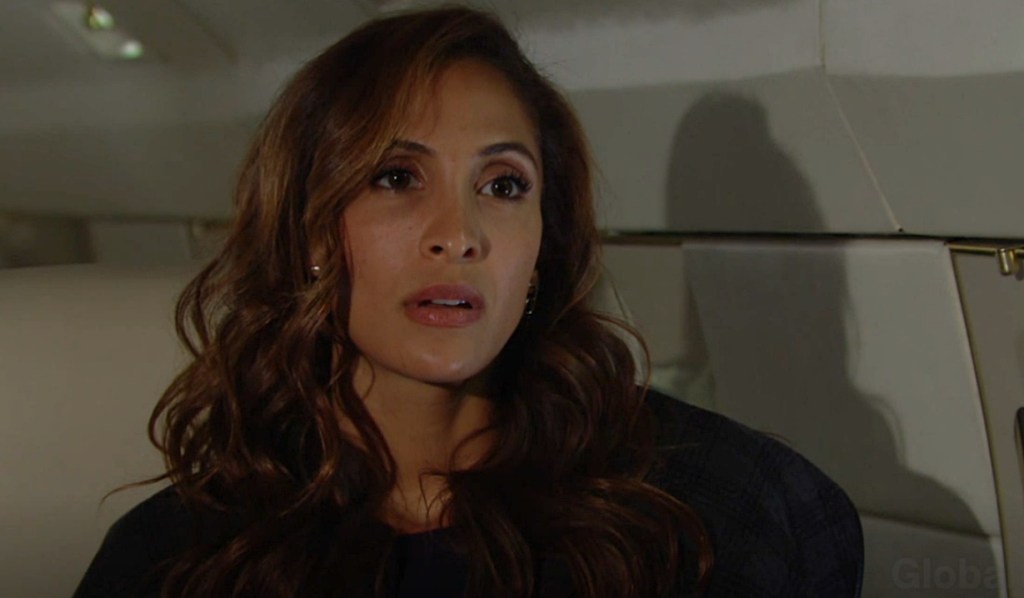 In their hotel room, Summer updates Kyle about her talk with Billy on the plane. “He seemed really remorseful. I’ve forgiven him.” Kyle admires her big heart, but he won’t forgive Billy. Summer undresses and suggests they shower together. Kyle doffs his shirt and they jump on the bed. After sex, Summer reminds Kyle they need to find out what really happened with Sally Spectra. She calls Wyatt Spencer, who congratulates her on the new job and hopes she saw their write-up in Eye on Fashion. Summer explains she and Kyle Abbott are in L.A. and want to come and discuss work… and a few other things. 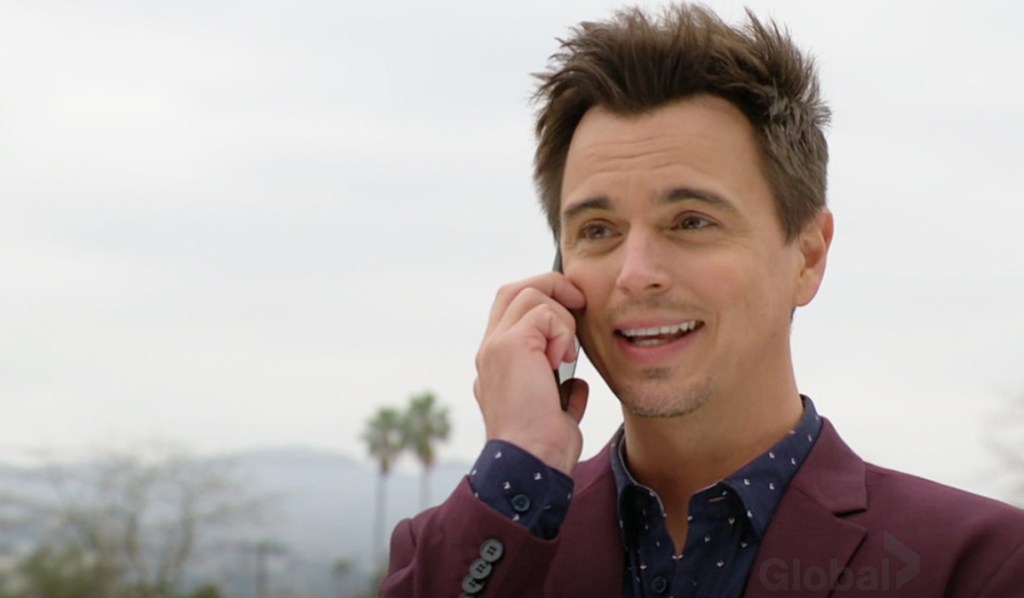 Devon opens his door to Amanda, who didn’t know where to go. Devon asks, “What happened to you?” Amanda sobs and rushes into his arms. Devon soothes, “It’s okay.” 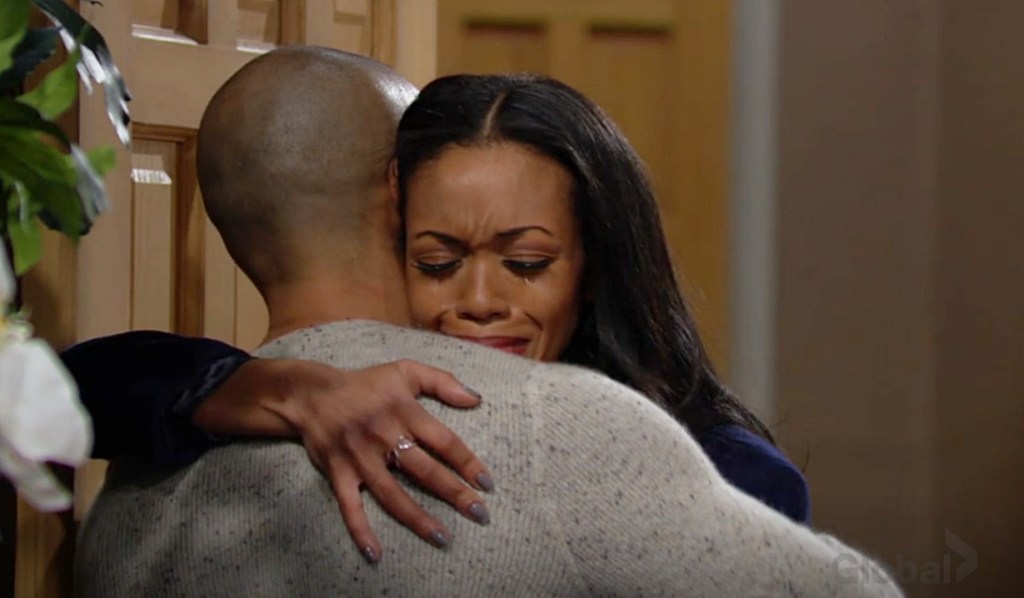 More: Is Devon falling for Amanda?

Next on The Young and the Restless: Nick and Sharon are forced to make a decision regarding Faith.

See a gallery of Abby and Chance’s wedding below. Get your free daily soap-opera fix for The Young and the Restless — and all of the other daytime dramas — delivered straight to your email inbox by signing up for Soaps.com’s newsletter. 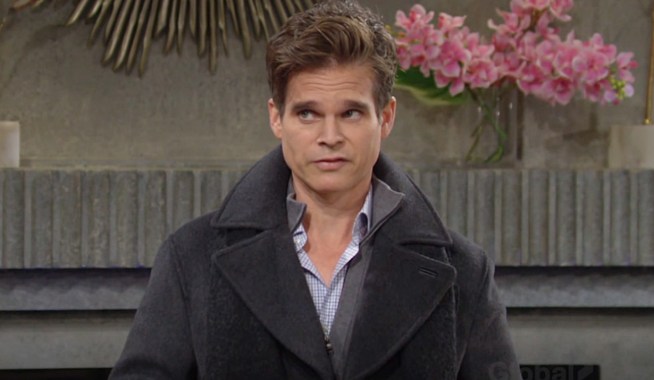 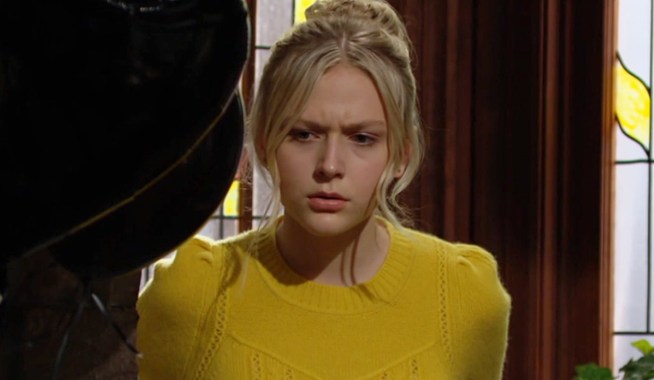