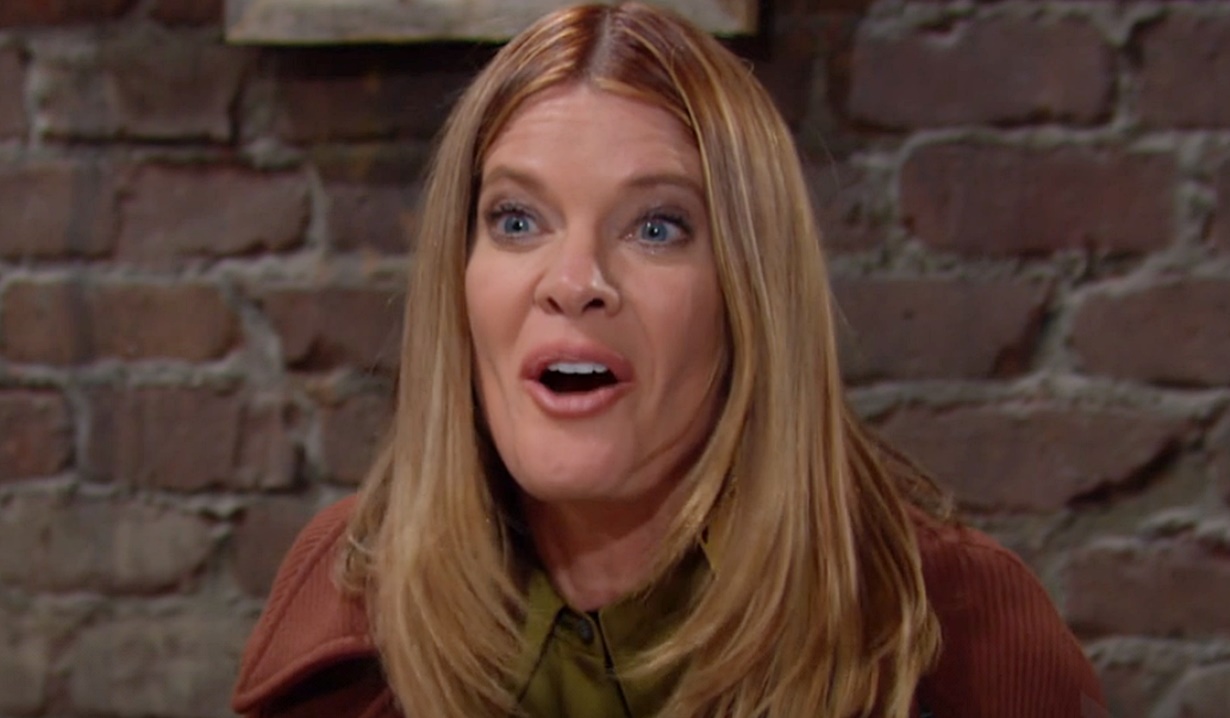 In the hospital, Adam’s relived when Chelsea signals with a blink that she can hear him. He tells Chelsea this is all his fault; it’s all due to things he set in motion. He hopes one day she can forgive him. Adam goes on that he’ll take care of Connor and assures her everything will be alright. “Tell me if you believe me.” Chelsea moves her left hand and Adam touches it.

At Crimson Lights, Elena and Nate discuss Chelsea. Nate reveals Victor is flying in a specialist in stroke recovery named Dr. Cavett. They go over all the skills he still has to offer in medicine. She’s pleased to see him smiling again. He teases the odds of that are always higher when he’s with her. 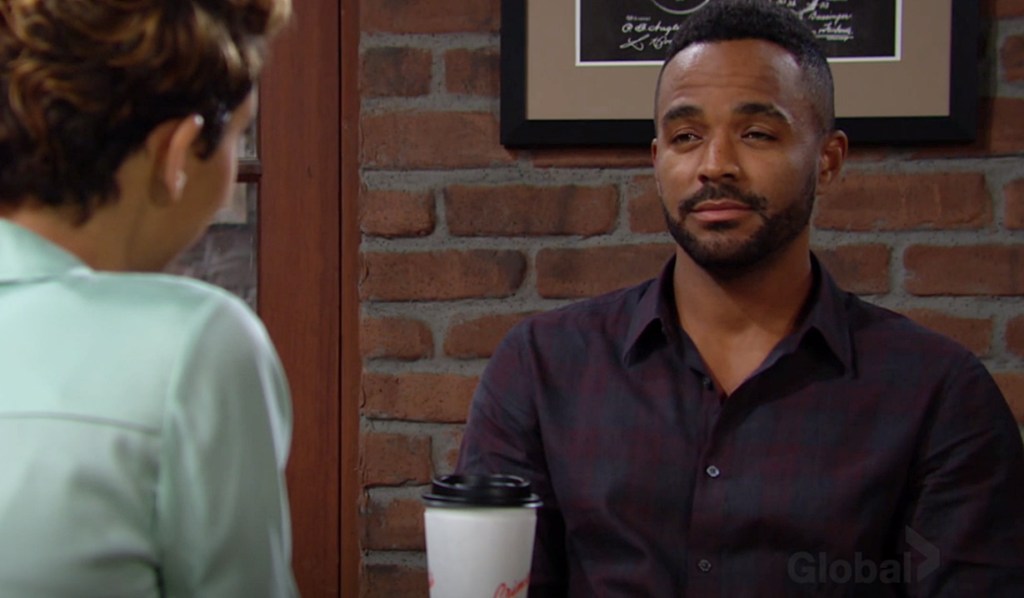 In Phyllis’ suite, she warns Nick about Faith’s older friend, Jordan, who could be bad news. Nick wants to go see Chelsea and blames Adam for what happened. Phyllis warns him not to make Chelsea out as a hapless victim; she went back to Adam willingly. Nick questions if she’s feeling insecure. Phyllis denies it and calls him out for wanting to ride to the rescue. She invites him to go see her if he must but to have respect for Chelsea’s ability to make her own life choices. 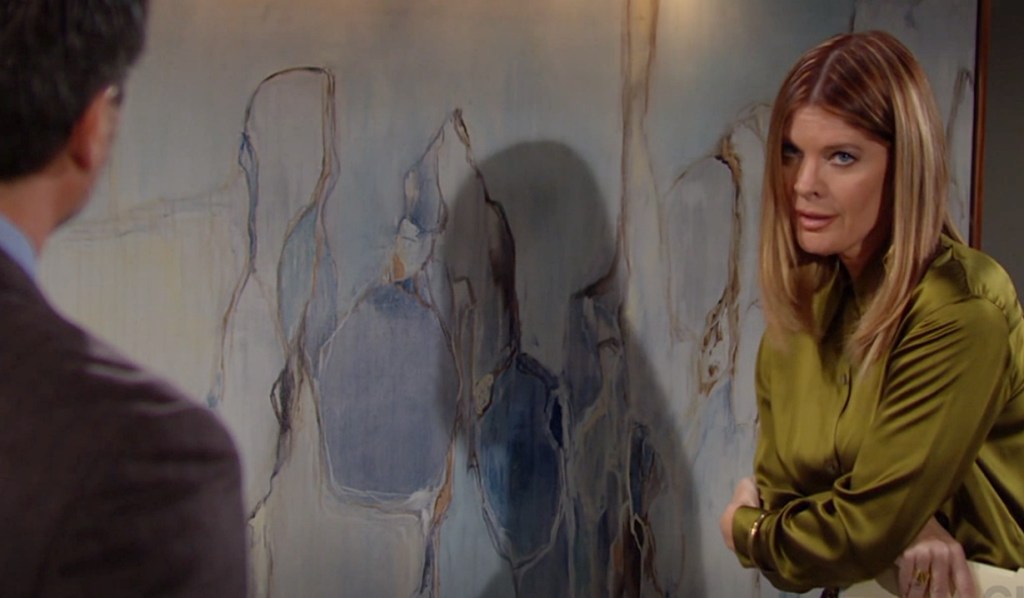 At the hospital, Nate takes Adam aside to say he’s spoken to Dr. Cavett, who has impeccable credentials. Adam wasn’t comfortable with Nate being in charge of Chelsea’s case due to their history — he almost lost his medical license for going along with faking Victor’s death to expose what he’d done. Nate’s surprised but promises Chelsea will get his all when he works with the specialist team. Adam reveals he plans to bring her home but Nate won’t sign off on it; it’s too dangerous. Adam states it’s a done deal — Victor worked it out with Nate’s boss. Nate advises if Chelsea needs emergency surgery any delay could be the difference between life and death. Adam’s undeterred. 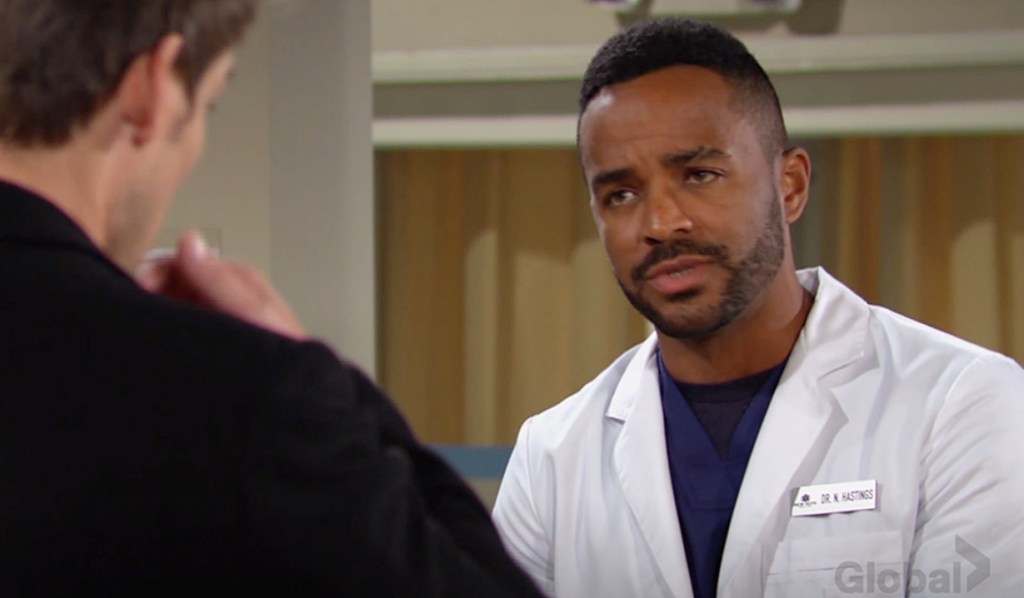 At Grand Phoenix, Amanda updates Devon that she finally called Naya and told her who she was. They’re meeting later today. Amanda confesses it took persuading to get her to come to Genoa City, but she agreed after Amanda offered to return to her house. She clearly didn’t want that. Devon urges Amanda to think positive and offers to join the meeting for support, but she declines. He’s only a call away. Amanda credits Devon for giving her the courage to reach out. As they chat and laugh, Elena arrives and watches them. Meanwhile, Devon cautions Amanda that Naya may not react as she hopes, but assures her she’s strong enough to handle it. Amanda just wants answers; if she gets them, today will be a success. 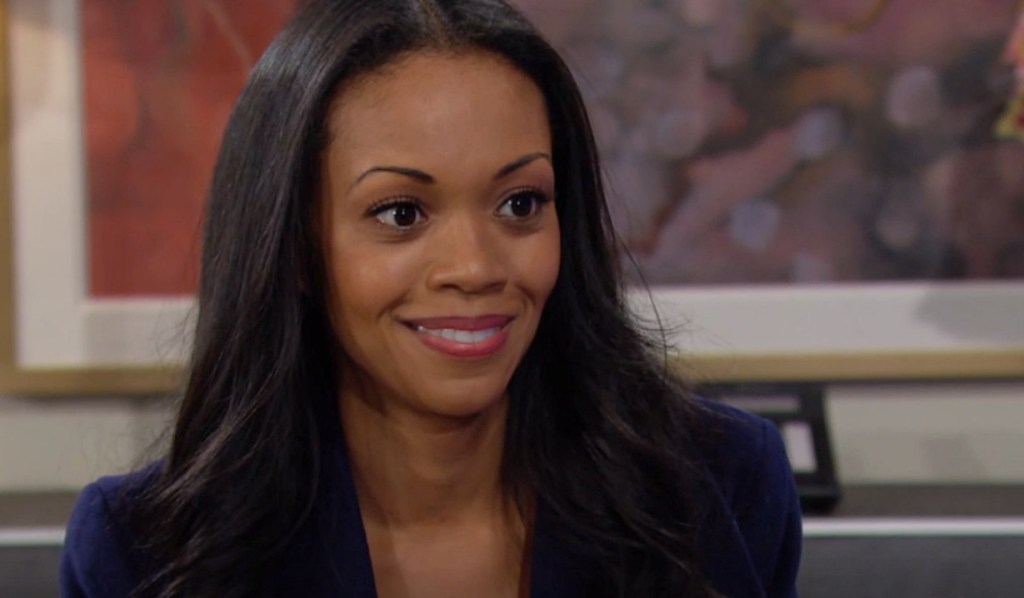 On the coffee house patio, Kevin calls Victoria over to catch up. He reflects on the bold moves she’s made since taking over Newman without a whiff of scandal and wonders if she holds all her employees to such high standards. Victoria figures he’s angling for a job but Kevin insists he’s just offering her his support. Slightly weirded out, Victoria leaves. Once alone, Kevin says out loud, “You have no idea how much I’ve done to help you.” 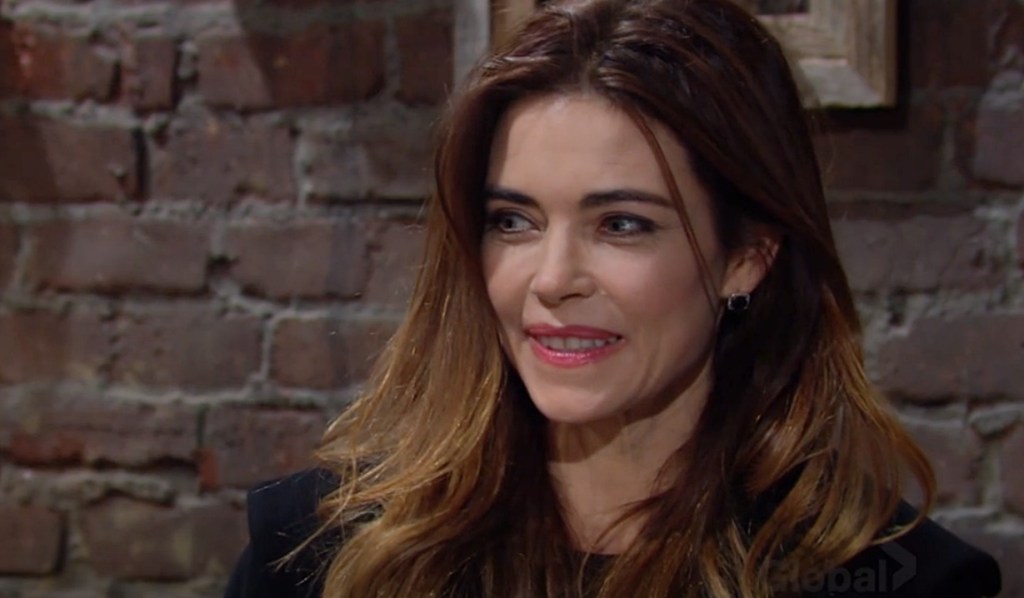 Victoria arrives at the hotel, where Phyllis questions her holding business meetings there. Victoria retorts that her brother owns it. Phyllis argues it’s her hotel and she has a plan to pay him back quickly. Victoria insults her and Phyllis counters that at least she has someone at home who believes in her, followed by a mock apology. “Sorry that was so insensitive of me, Victoria. You’re alone. Completely alone.” Victoria smirks then turns and walks off. 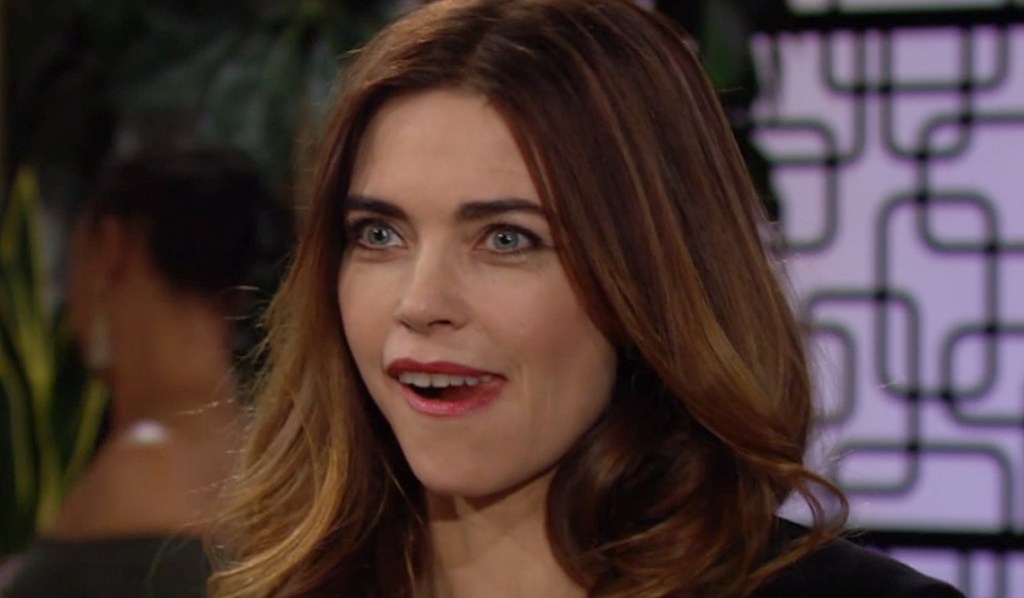 Phyllis spots Kevin on Crimson Lights patio and approaches to ask about Gloria. She claims that Nick told her about an internal scandal Victoria’s dealing with and wonders if Glo’s scheme has anything to do with it. Kevin smirks, “You just made that up.” She asks for details. Kevin reveals Gloria had dirt on a high-level Newman executive, who was embezzling money. Glo’s plan was to blackmail the guy and take a cut. Phyllis is amazed this was all going on under Victoria’s nose. Kevin surprises Phyllis by saying she knew all about it. 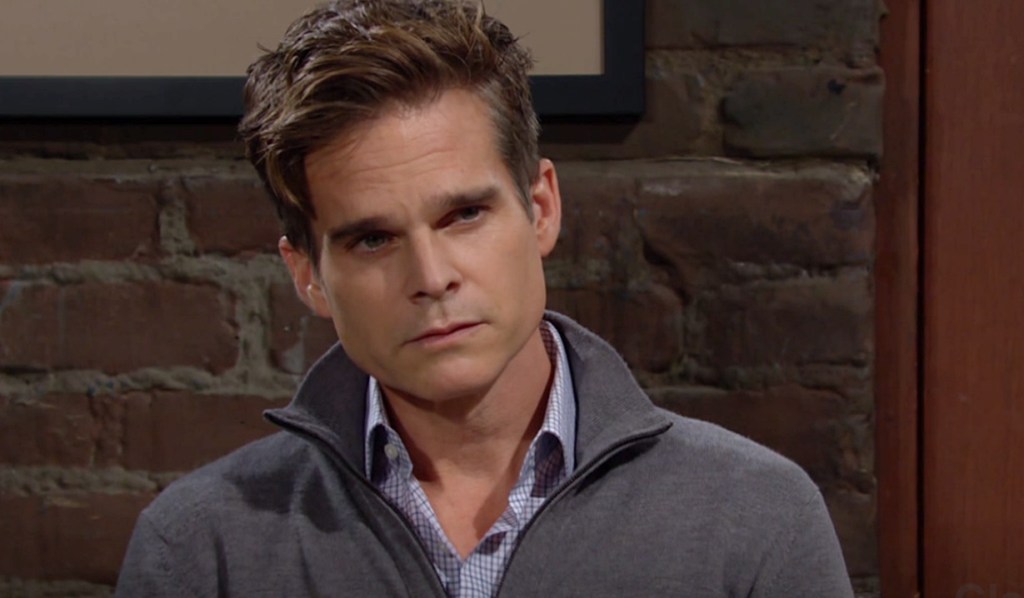 Kevin’s theory is the guy got busted but was allowed to replace the money and quietly retire. Phyllis can’t see Victoria giving the wayward executive a free pass — she’s ruthless. Suddenly, she realizes Victoria covered it up because she didn’t want Victor to know and remove her as CEO. The giddy Phyllis, knowing a secret about Victoria, enthuses, “We are going to exploit it!” Kevin balks at getting involved, but reveals there’s video proof of it on Gloria’s flashdrive. Phyllis reminds Kevin of his stealth in these matters, and promises to make it worth his while and to keep his name out of it; Victoria will only know that she — Phyllis Summers — had her number. She warns, “Don’t let go of that flashdrive please,” and happily exits while shooting finger air guns at a speechless Kevin.

At Society, Nate and Elena hope for the best with Chelsea. She wants to take him somewhere so they exit. At the bar, Nick approaches Adam to ask about Chelsea and offers to help with Connor. Adam reminds him he’s had no contact with Chelsea other than to warn her away from him. Nick retorts, “Was I wrong? You destroy everything you touch, Adam.” Adam would like to wipe the smug look off his face but his focus is on Chelsea; by saving her he’ll save himself. Nick snarks some more then explains he wants to see Chelsea. Adam informs him she’s coming home today and he’s not welcome. 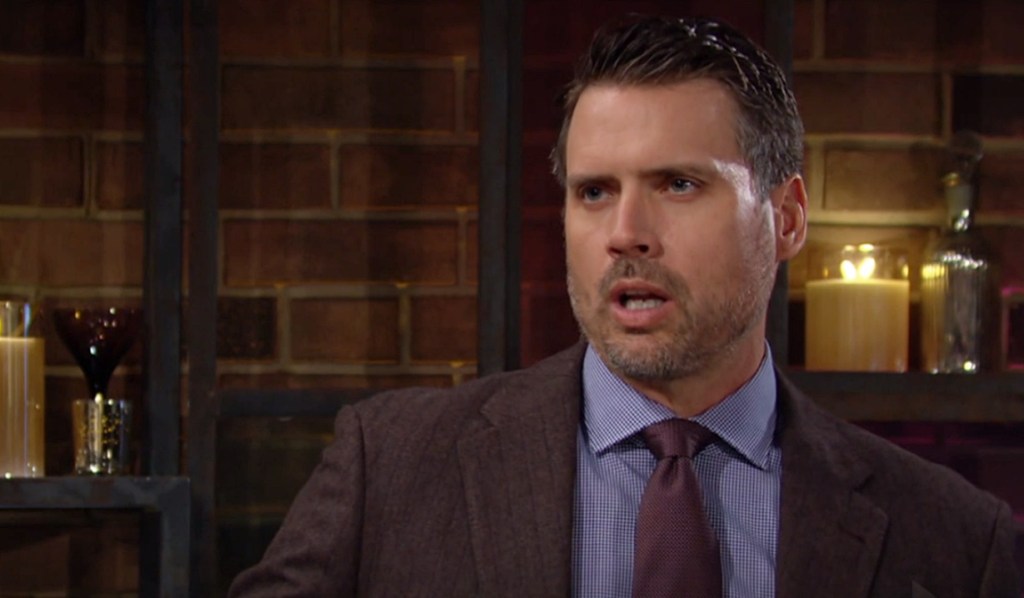 At Grand Phoenix, Nate’s surprised to learn Elena’s reserved a room for them. Once in the suite, Nate gives her an out, worried she’s feeling pressured. Elena tells him that she’ll never be proud of how they started things, but they can’t let that hold them back from how they feel about each other. They should forgive themselves and maybe begin to enjoy it a little. She sits on the bed suggestively and adds, “Or a lot.” 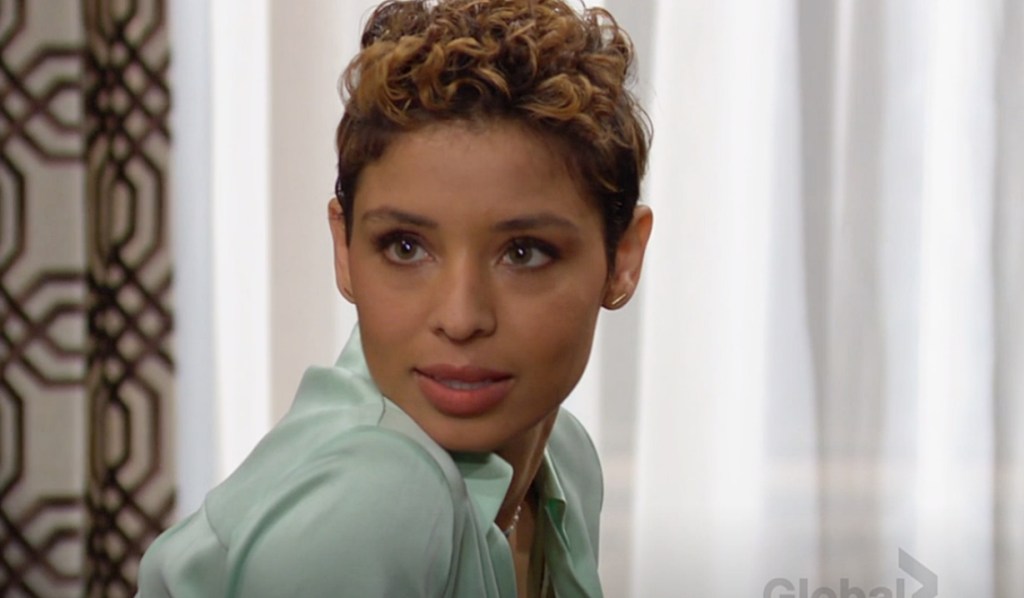 At home, Chelsea sits inert in a wheelchair as Adam introduces her to her nurse. He’s had the den turned into a bedroom for her — she’s always been his rock and now it’s his turn. He’s even called a truce with Victor, who’s been very generous. Adam will do whatever it takes to bring her back to him. 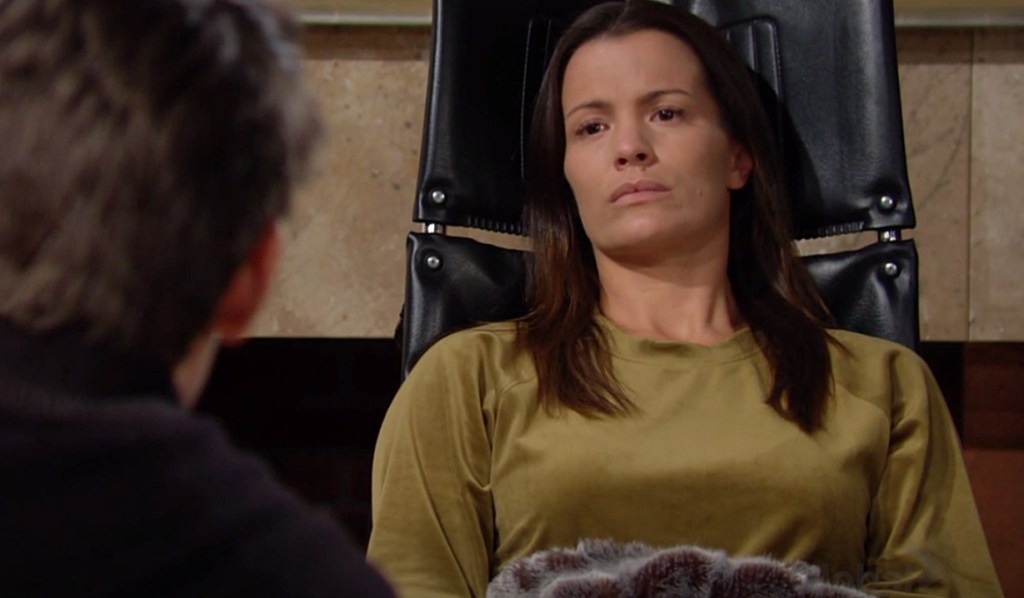 Phyllis finds Nick naked in bed sipping champagne in her suite. She gets an update on Chelsea before undressing and joining him. 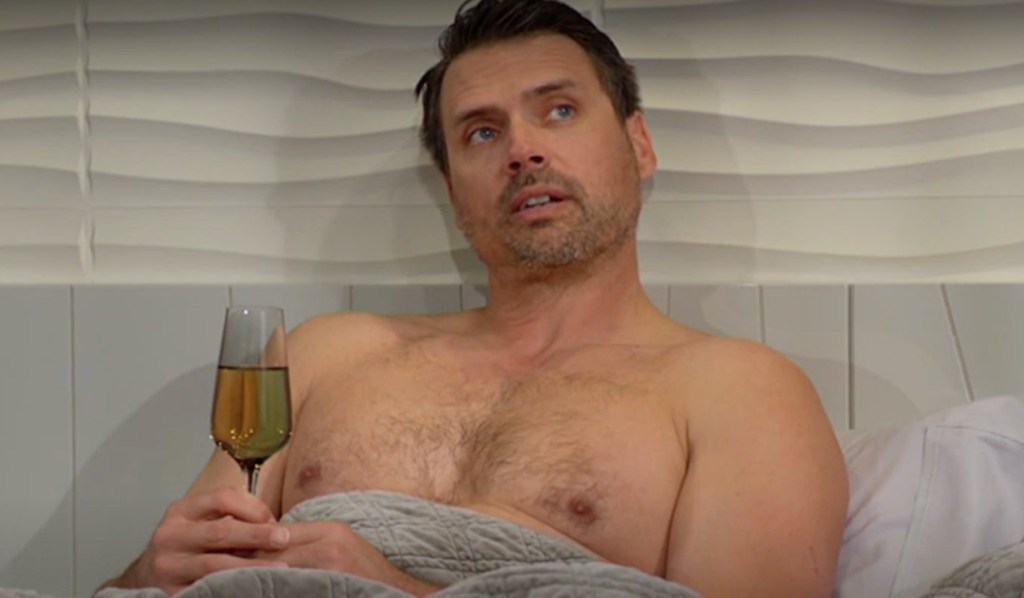 In the hotel lobby, Amanda gets a text from Naya. “I don’t think I can do this. I’m not ready.”

Next on The Young and the Restless: Kyle protects his interests.

Look back on Nick and Phyllis’ history in the photo gallery below. Get your free daily soap-opera fix for The Young and the Restless — and all of the other daytime dramas — delivered straight to your email inbox by signing up for Soaps.com’s newsletter. 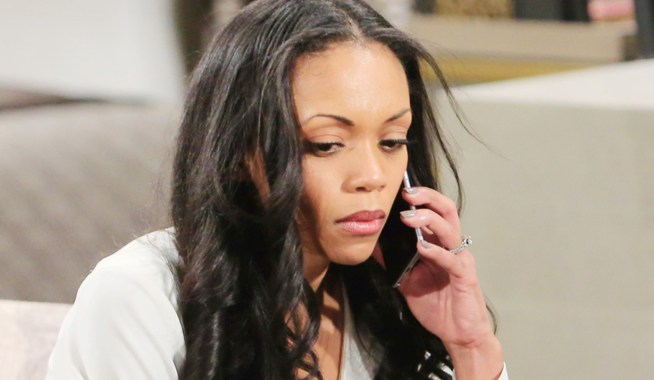 Billy Reaches a Momentous Decision After His Latest Clash With Adam 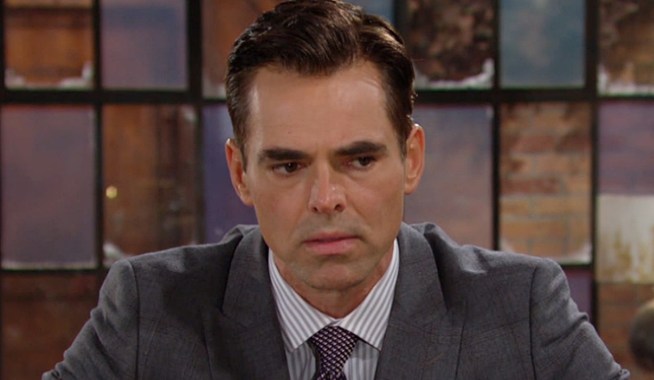