Wednesday, December 23, 2020: Today on The Young and the Restless, Sharon and Rey start a new tradition, Victor gives Nikki the ultimate gift, and Amanda makes a huge decision. 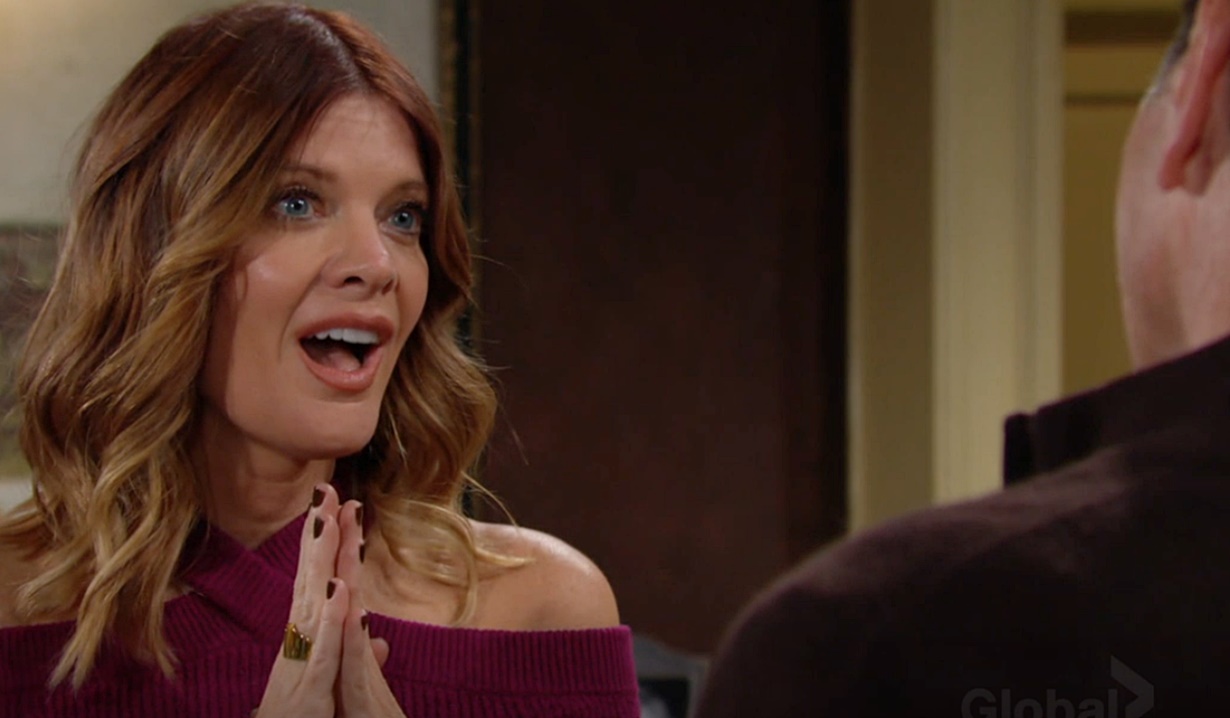 Rey arrives at home where Sharon’s making a surprise dinner — tamales. She got the recipe from his mom to carry on their tradition; hopefully it will become a Sharon and Rey tradition. Rey’s madly in love with her. She serves the food. Rey digs in but grimaces when her back is turned. After, Sharon notices he only took one bite. Rey suddenly remembers a show they wanted to watch. Sharon tastes her tamale and spits it out. Rey assures her tamales are tricky. Their new tradition will be making them together. 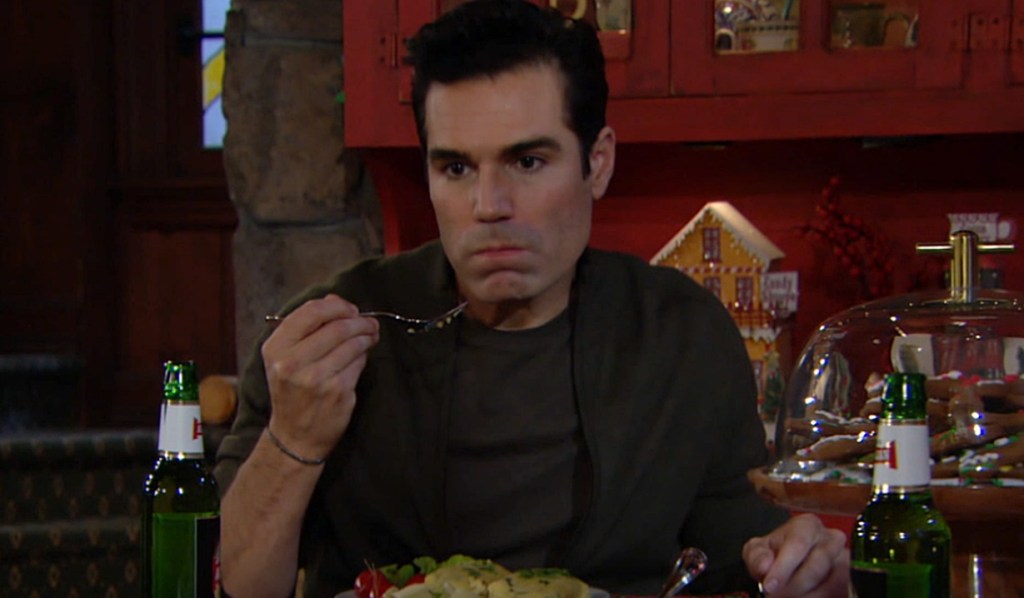 At the Abbott mansion, Nick asks Jack for advice about Phyllis. They discuss his loan to the redhead, which is hanging over her. Jack reminds him you can’t tell her what to do or think; she’s independent and driven. Nick worries she’s planning something. Jack muses she often becomes her own worst enemy.

Kyle joins Jack in the living room and he asks for his take on Sally. Kyle smirks that she’s ambitious, smart, and savvy. Nick interrupts — that better be his daughter he’s talking about. Kyle admits it’s Sally and wonders how long he’s on probation. Nick tells him forever. When Newman takes a call, Kyle tells Jack he planned to have a jeweler put part of the Teardrop of Love stone from his tie pin in Summer’s necklace, but she lost it.

In the hotel lobby, Phyllis gives Summer a present before recapping how Victoria tried to screw her over and Nick rode to rescue her. Summer doesn’t see the problem. Phyllis is concerned about owing her father a small fortune. If she’d been tougher she might not be in this position right now. Summer asks what she means. Phyllis muses, “If other people aren’t going to play by the rules why should I?” Summer thinks she’s over-reacting. 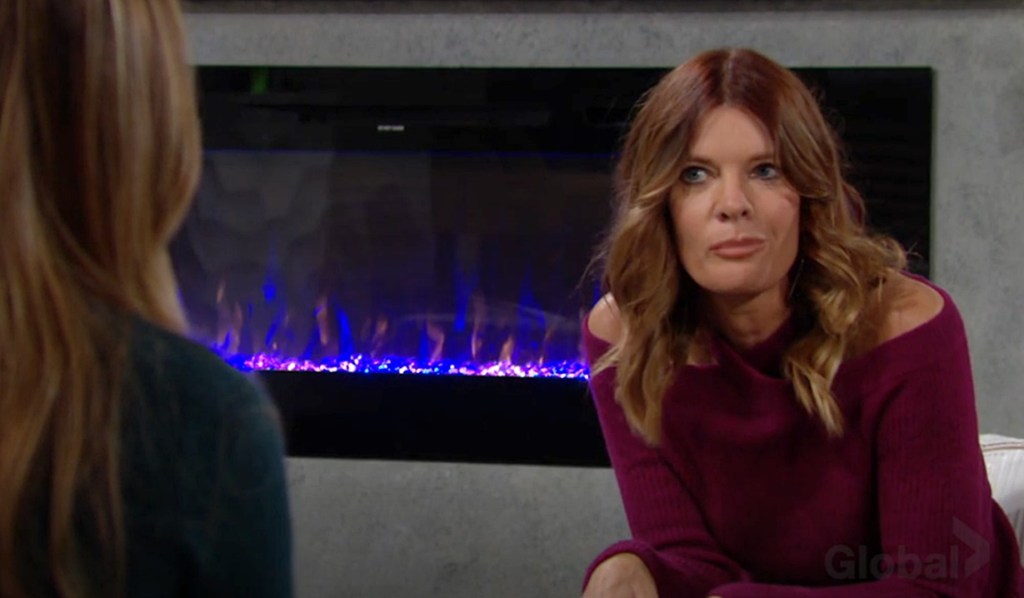 Moving to the seating area, Phyllis wonders how Summer would feel if she found out Kyle went behind the scenes to secure her new job. Summer would hate it and suddenly understands. Phyllis agonizes that a Newman owns her. She needs to control her life again. Talk turns to Kyle, and Summer admits her plan for his gift, the tie pin, hit a snag.

At Crimson Lights, Nikki marvels at Victor’s handsomeness. She brings up the trip to London, senses he doesn’t want to go and is miffed. Victor seems amused and agrees to go to London for Christmas. He adds they’ll go to Trafalgar Square for New Year’s. Nikki, beaming, declares he’s the most wonderful man she’s ever met. Victor says, “I love you.” 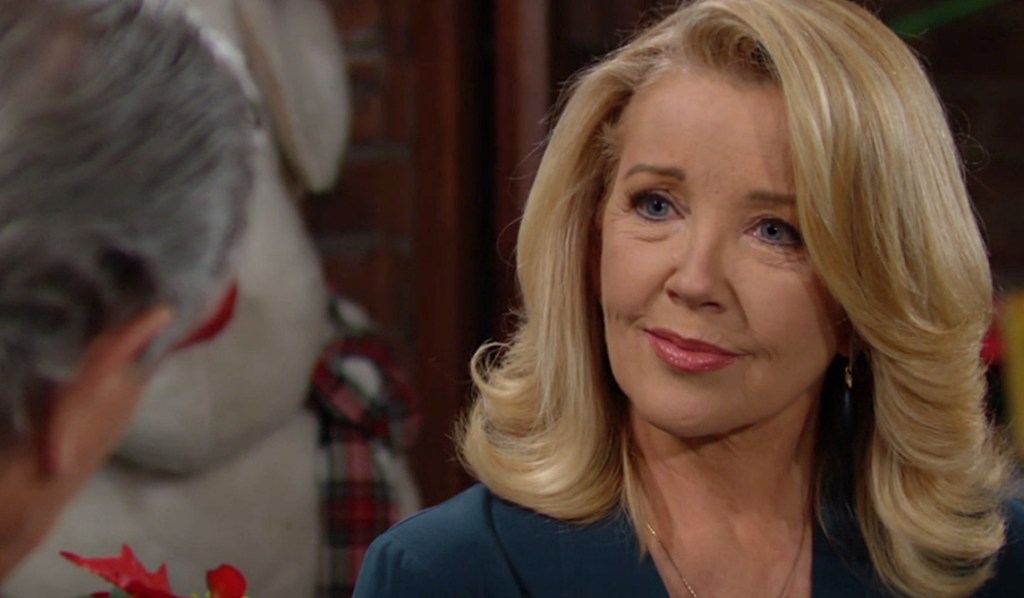 In Devon’s penthouse, Amanda reveals that her and Hilary’s mom was Rose’s cousin. She’s still alive — she could go and see her right now. It turns out Rose had a younger cousin, Naya, from a wealthy family, who got pregnant in college, went to stay with Rose and had the twins. Devon recaps that Hilary stayed with Rose and Amanda went into the system. Amanda can’t understand why… or why the woman hasn’t tried to find her. Devon hopes she’ll get a happy ending.

Still in Devon’s living room, Amanda wants to see her mother but doesn’t know how to figure out what’s next. Devon understands her mixed feelings. Amanda’s concerned meeting her will be worse than the pain of being given up. Devon got past his reluctance and formed amazing new relationships — she won’t know how things will be with Naya until she tries. Amanda’s still on the fence. 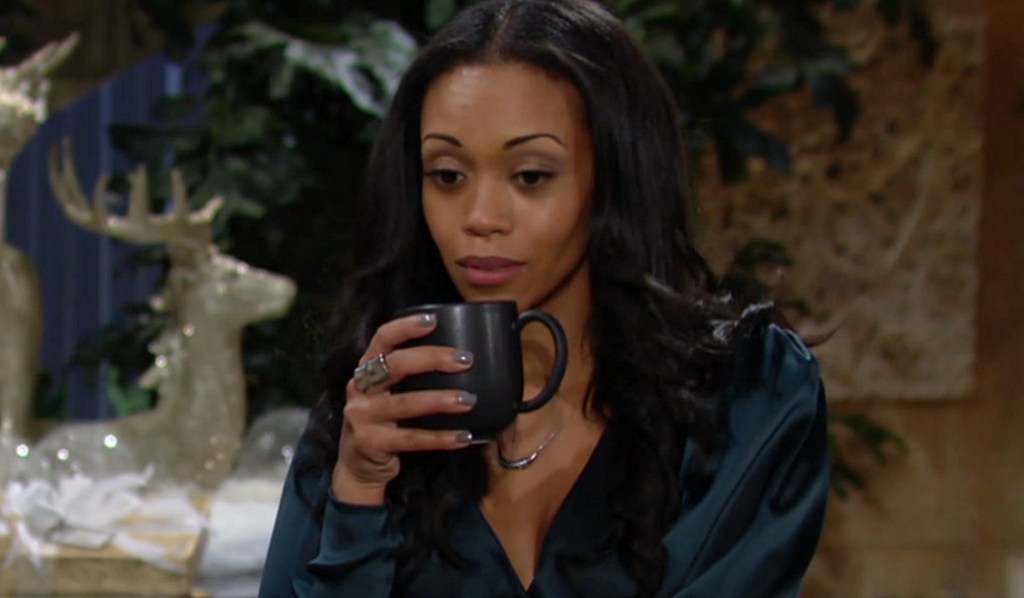 Once alone, Devon recalls Hilary’s letter to Santa that was read on The Hilary Hour and how much she loved Rose.

Summer and Phyllis arrive at the Abbott house as Jack recalls a past Christmas when Dina took them ice skating. Kyle suggests they go skating now… in Dina’s memory. Nick and Kyle decide they’ll race. Jack and Phyllis hang back to compare notes on Summer and Kyle’s Christmas gift issues. It turns out Summer was trying to combine the stones from the necklace and tie pin too. They decide they’ll secretly visit the jeweler and remedy the situation.

At Crimson Lights, Nick’s irked that Kyle won the race. Kyle steps away and Nick tells Summer he’s happy they’re close again. She wants his support for Christmas. Phyllis appears and relays that Jack’s on his way. Nick wonders where they ran off too. Phyllis jokes, “Paris,” then shoots him a look to hush. Soon, Kyle gets a text from his dad and joins him on the patio where Jack gives him Summer’s necklace. “Your Christmas wish has been granted.” Inside, Phyllis gives Summer the tie pin for Kyle. “What was lost has now been found. Your Christmas wish has been granted.” Jack and Phyllis share a wink and a thumbs up. 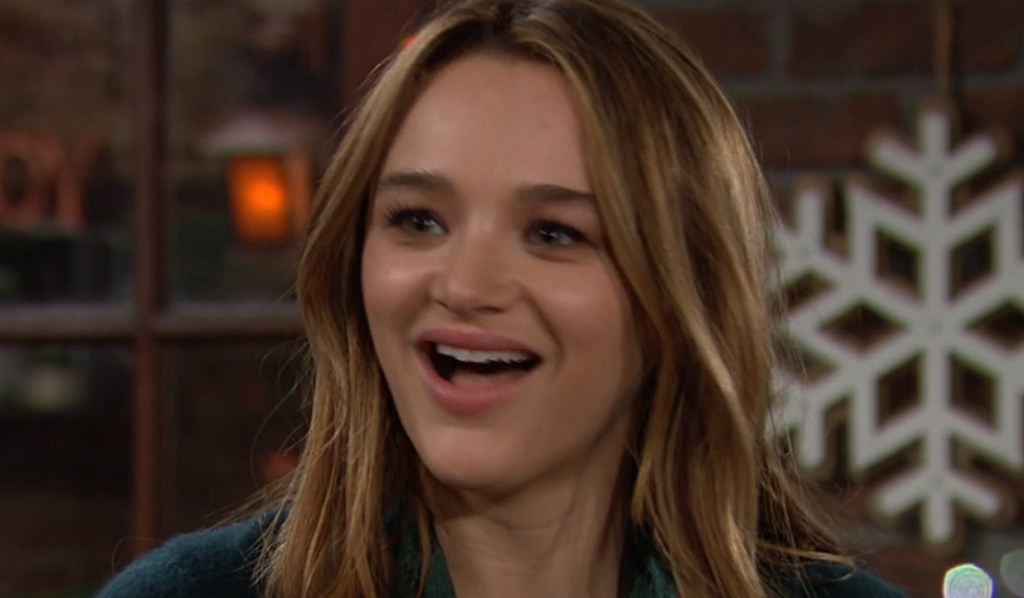 Later, alone, Phyllis fills Nick in on the jewelry gifts. He still has concerns about Summer and Kyle’s history. Phyllis reminds him people say the same thing about them. Talk turns to the hotel. Nick wants her to table her feelings for the holiday. Phyllis quips, “How much liquor do you have?” but agrees. She won’t talk about Victoria until 2021. Phyllis nabs a mistletoe to bring home.

Amanda enters her suite, sits, and pulls out her phone to look at Naya’s photo. She texts the P.I. to get her location. It’s Wilmette, Illinois. She looks up the driving time from Genoa City. She calls Devon and updates him she’s decided to go see Naya — will he go with her? Devon tells her to make a playlist… he’ll pick her up tomorrow.

Back at home, Jack stands thoughtfully by the Christmas tree. Sally texts to see if his invitation to stop by still stands. He smiles and confirms.

In the Grand Phoenix lobby, Summer and Kyle allude to having surprises for one another. They need to warm up and Kyle asks, “Your place or mine.” Summer’s hoping someday soon the answer to that will be “our place.”

Next on The Young and the Restless: Devon’s holiday trip takes an unexpected turn.

See a photo gallery of Kyle and Summer’s romance below. Get your free daily soap-opera fix for The Young and the Restless — and all of the other daytime dramas — delivered straight to your email inbox by signing up for Soaps.com’s newsletter. 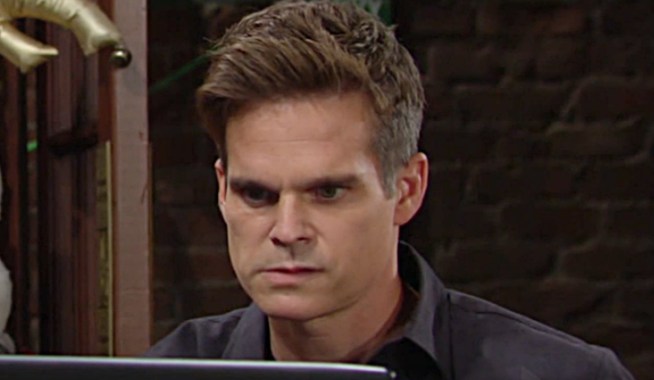 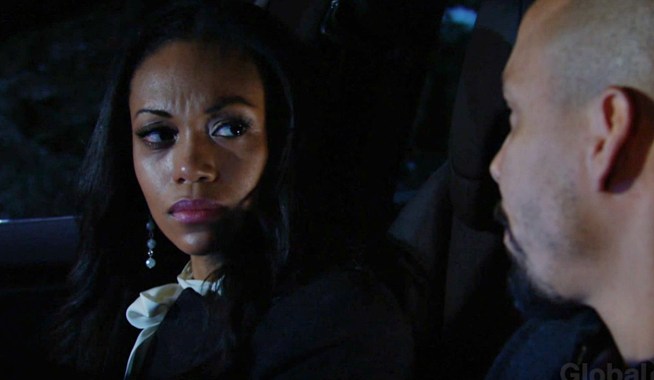