Friday, December 18, 2020: Today on The Young and the Restless, Nate needs a Christmas miracle, Chance is questioned, and Michael breaks news to Victor. 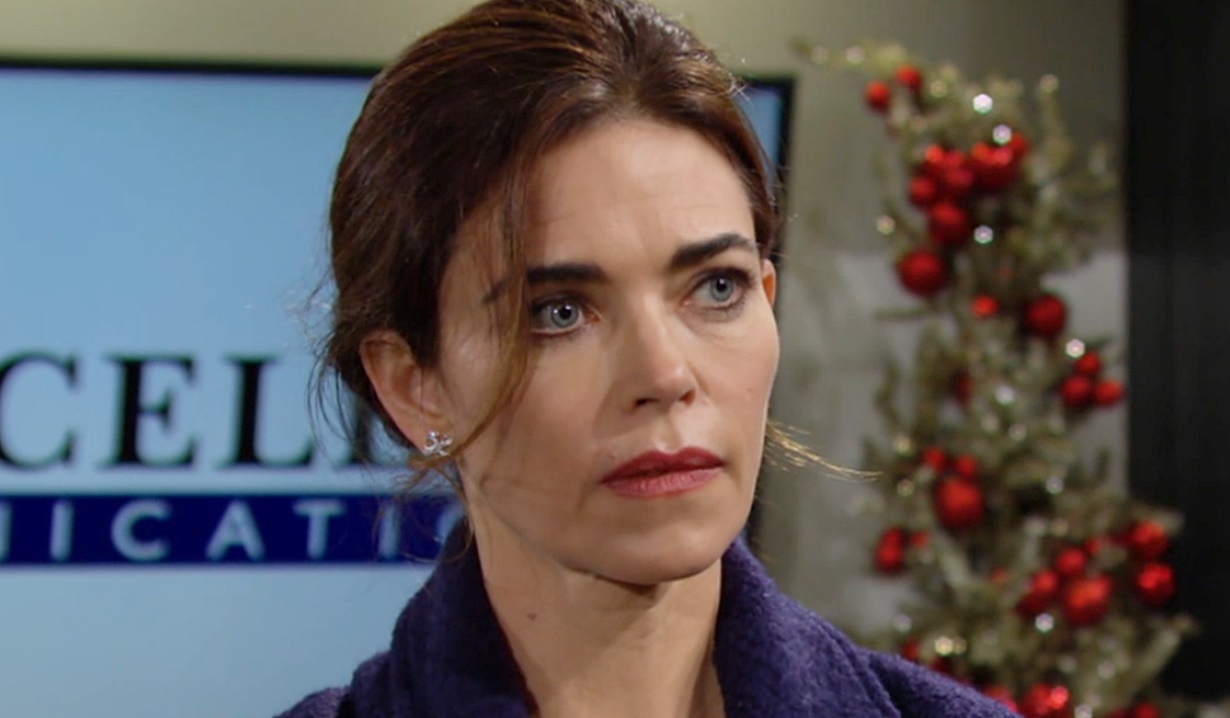 At Chance Comm, Lily’s anxious to hear from Rey. Amanda doesn’t think he’ll ignore what she told him. Lily’s convinced this could be the key to proving Billy’s innocence. Amanda notes she went above and beyond to help him and asks if things are getting serious between them. Lily thinks getting him out of jail is pretty serious. They discuss Billy lying about being at the scene of the crime. Lily never doubted him, and Amanda wonders if she can read his mind… or his heart. Lily feels on the spot. Amanda shares if she’s right about them, she’s so happy for her.

In jail, Billy goes over the evidence pointing to Alyssa in his mind. 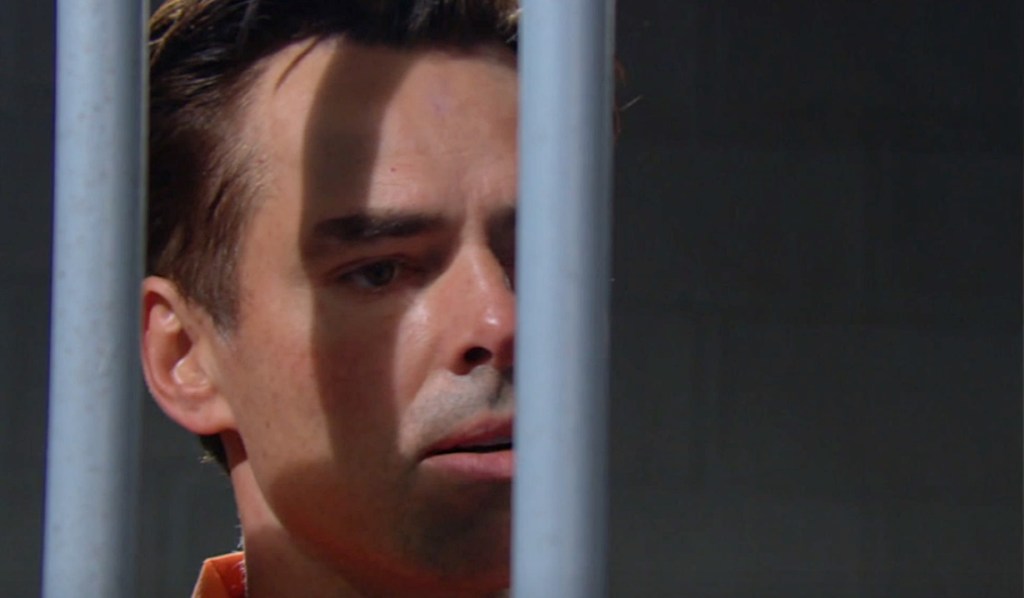 In the interrogation room, Michael takes a call from Victor who is considering a trip with Nikki and wants to know when the trial might be. Michael relays it will be a few weeks. Vic warns him to see that Billy Boy pays. Michael disconnects as Rey enters and updates him on the developments involving Alyssa and her possible motive in the shooting. Michael realizes their key witness may be guilty and covering it up.

At Crimson Lights, Elena’s eager for news on Nate’s hand after his surgery. Nate tells her the damage to the nerves is too severe; the chance of full recovery is unlikely. Elena wonders if there’s even a small chance he’ll be able to operate again. Nate relays the odds are slim to none. He wants to be alone but she’s not sure that’s a good idea. “Let’s get out of here.” 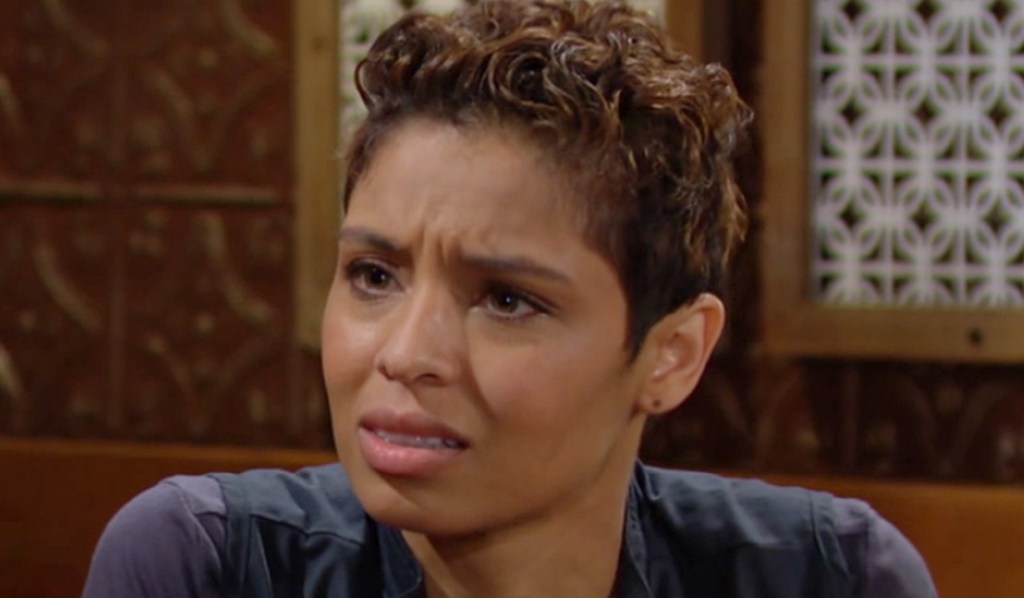 In her apartment, Elena offers Nate food and a movie to take his mind off his troubles. Nate can’t stop thinking about his hand; he needs time to absorb what happened and figure out where to go from there. Elena invites him to do it there. Nate talks about surgery being his passion; now it’s almost certainly gone. “Who am I if I’m not a surgeon?” Elena feels guilty but Nate says they’re past that. She assures him he can still be a doctor and reminds him Christmas is about miracles. “Maybe you should ask for one.” He muses it might be about finding a new path and wants to take the first step.

At the Chancellor mansion, Chance and Abby tease each other about Christmas gifts. Later, Rey arrives wanting to know more about what Chance saw at the shooting scene and questions him about Alyssa Montalvo. Abby eavesdrops as Rey explains he’s interviewing him as a witness to a crime. Chance recalls walking in on a confrontation between Alyssa and Chelsea after Adam used her; it made her pretty furious.

In her suite, Alyssa paces, grabs her coat, peeks out at the guard, then closes the door and sighs. Soon, Rey arrives and places her under arrest.

In her office, Lily comes clean to Amanda about her romance with Billy as Victoria arrives looking for an update. She hopes they won’t let him down. Amanda takes a call from Michael and agrees to meet him. She leaves and Lily offers to call Vikki if there’s news. Victoria says she’ll wait. 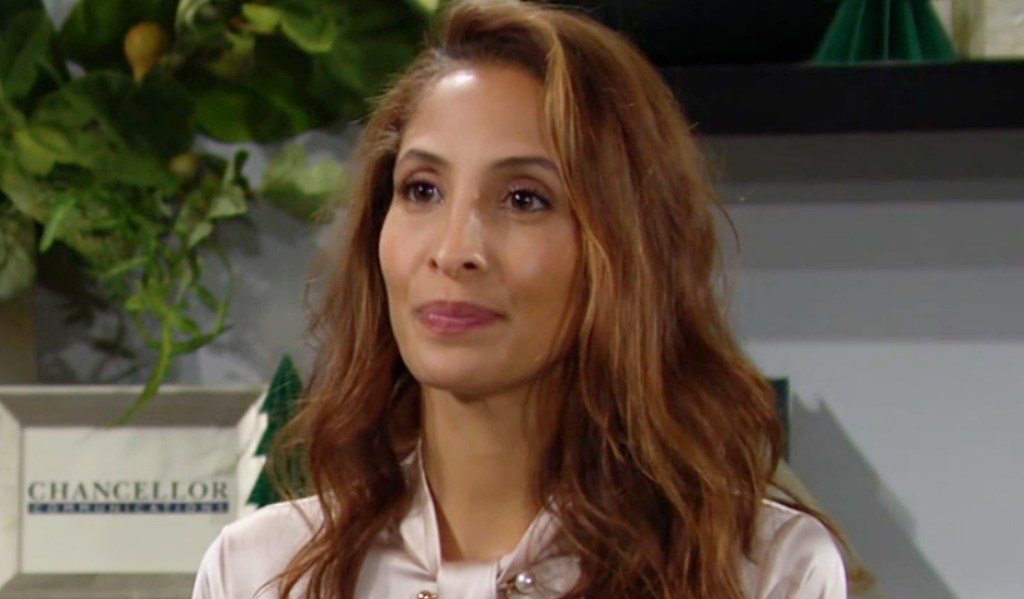 A guard lets Billy out of his cell and takes him to meet Michael in the interrogation room. Amanda arrives. Michael makes his apologies and Billy is told he’s free to go. Later, Rey fills Michael in on the forensics that confirmed Alyssa was the shooter. He couldn’t have done it without Billy’s tenacious business partner.

In the Chancellor living room, Chance gets a text that Billy’s been released — he was being set up by Alyssa Montalvo. Abby pretends to be shocked but he knows she was listening in earlier. Chance has someone else he needs to share the news with. He gets on a video call with Jill; as always, she was right. She asks about the honeymoon and they laugh that it was…memorable. Jill chuckles at them sleeping on an air mattress before signing off. After, Abby gets emotional about how close Billy came to being wrongfully convicted. Chance advises they’ll get through everything life throws at them, together.

More: Find out what Melissa Ordway did for co-star

Back in Elena’s apartment, Nate sets up a Christmas tree with his good hand and has ornaments delivered by courier. Elena thinks it’s nice to see him smile. Nate admits it feels like a Christmas miracle and thanks her.

Amanda and Billy arrive at Society where Lily and Victoria are waiting and learn Alyssa Montalvo was arrested. Billy thanks Lily, and Amanda informs Victoria that she sneaked into Alyssa’s room. Victoria muses that Adam brings out the worst in anyone. Billy steals Lily away for a second. Victoria watches as they walk away smiling together and keeps one eye on them as they interact at the bar. Lily tells Billy she’ll never give up on him and he gives her an intimate smile.

More: Why Amanda and Devon scenes are difficult

In Crimson Lights, Michael updates Victor they’ve arrested Alyssa Montalvo. He doesn’t believe Victor actually wanted Billy to go to prison for a crime he didn’t commit. Victor sighs as Michael reminds him this spares Johnny and Katie, and means Adam is safe.

Next on The Young and the Restless: Victoria throws a wrench into Billy’s plans.

See a gallery of potential love interests for Victoria below. Get your free daily soap-opera fix for The Young and the Restless — and all of the other daytime dramas — delivered straight to your email inbox by signing up for Soaps.com’s newsletter. 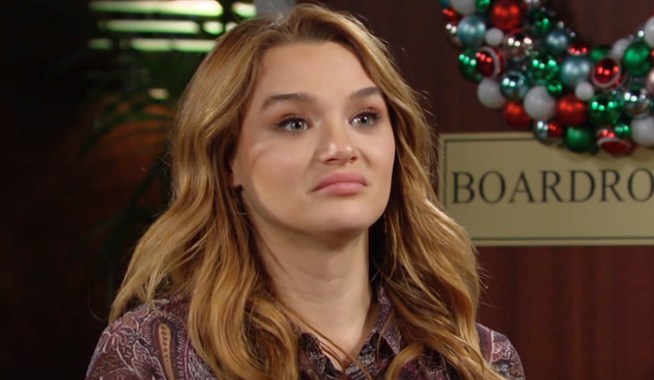 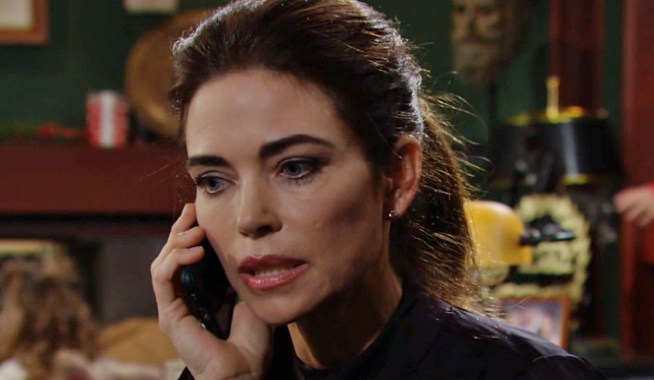