Wednesday, November 11, 2020: Today on The Young and the Restless, Billy acts against Lily's advice, Sharon leans on a friend, and Adam lurks at the hospital. 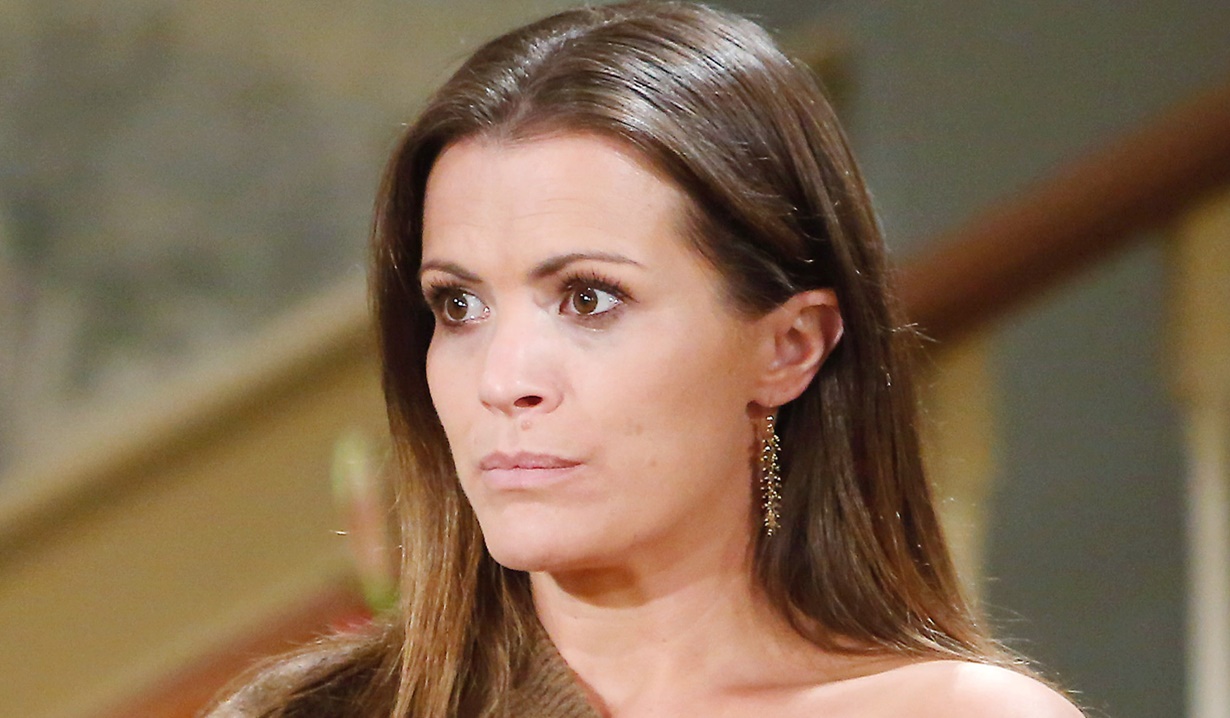 At the hospital, Elena updates Abby that Chance made it through surgery but his condition is critical. She goes into detail and explains he seems to be doing well, but they need to monitor him closely and wait. Abby joins Chance, who’s unresponsive, and breaks down pleading with him to come back to her.

Chloe’s relieved to see Chelsea at the Chancellor mansion, and Kevin asks if she’s okay. Chelsea fills them in on being kidnapped. Chloe knew something was wrong and mentions the random text message. Chelsea continues that she woke up in a building outside of town. Chloe now knows that Adam was behind it. Chelsea asks if anything happened with the Newmans and is relieved to learn Adam must not have gone through with his plan.

At Adam’s place, Rey tells him Chance is in surgery fighting for his life. Adam asks why he came to him. Rey replies that the last thing Chance said before losing consciousness was, “Adam.” The detective gathers that Chance followed Adam to the building and asks where he was earlier. Adam refuses to give an alibi, so Rey goes. 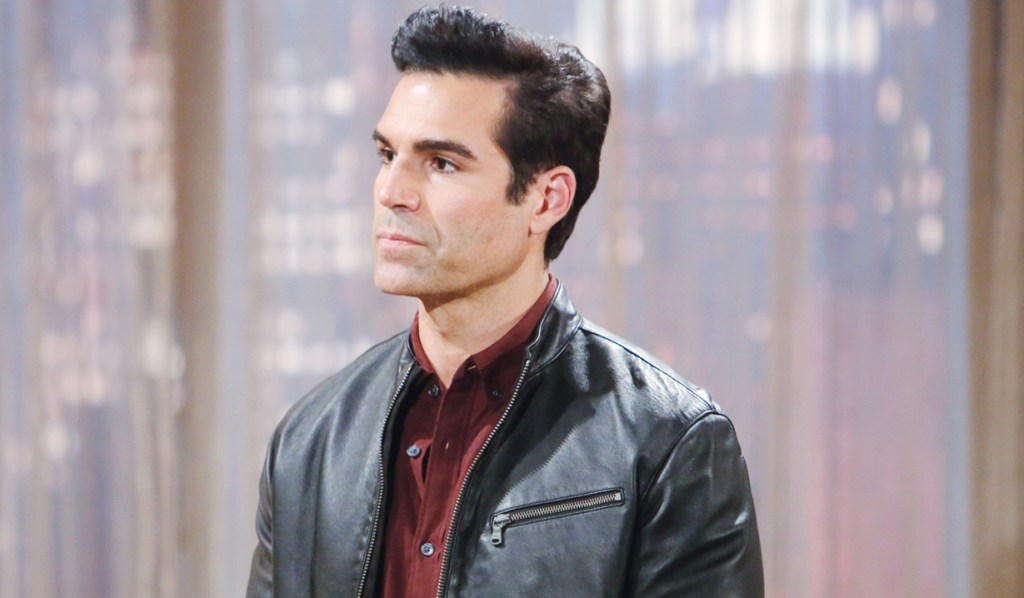 At Chance Comm, Billy and Lily discuss Chance’s shooting and he says Jill’s trying to get there. Billy’s learned they’re questioning Adam in the shooting because Chance implicated him and declares, “This is gold.” Lily argues they need confirmation. Billy intends to go to the hospital but Lily questions his motivations. Billy wants justice for someone who deserves it and walks out even as she asks him not to do this. 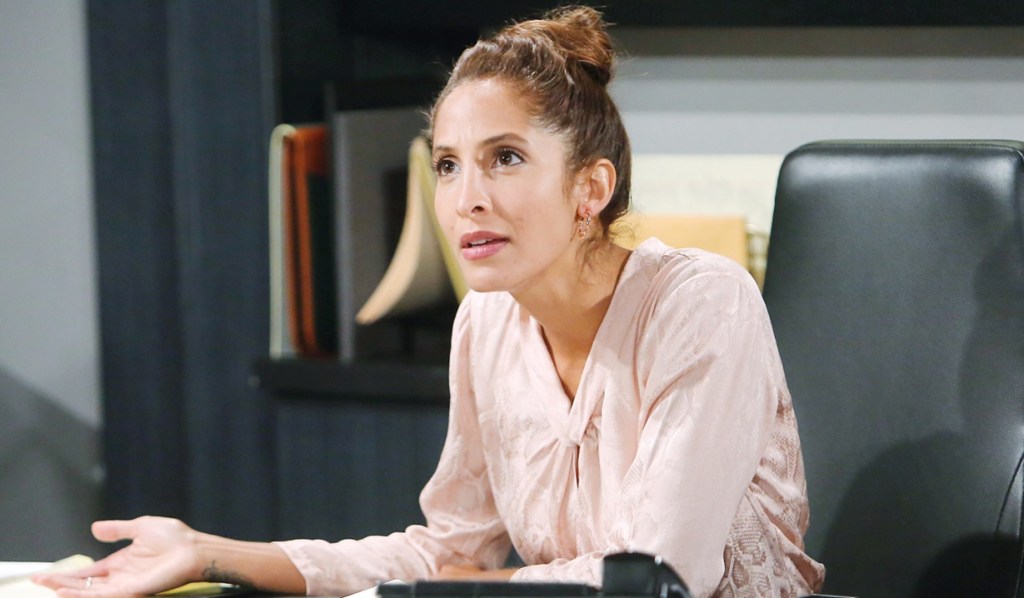 At Crimson Lights, Sharon takes a call from Rey who warns he has reason to believe Adam was involved in Chance’s shooting. Sharon can’t understand why he’d hurt Chance. Rey’s concerned he might seek her out. Sharon vows she won’t let him near her, and worries that she caused him to do this. Rey reassures her and disconnects. After, Lily arrives and discusses the shooting with Sharon, who admits she’s upset and claims she’s worried about Rey. Talk turns to cancer and the fear of finding out it’s returned. Sharon’s learning how to accept that as a fact of her life. Lily recalls her battle with cancer and urges Sharon to talk to people who’ve been through it. Sharon feels seen. Lily is so grateful to be cancer-free but the fear of recurrence never leaves. She assures Sharon it will fade to the background, however. “We’re fighters. We’re survivors.” 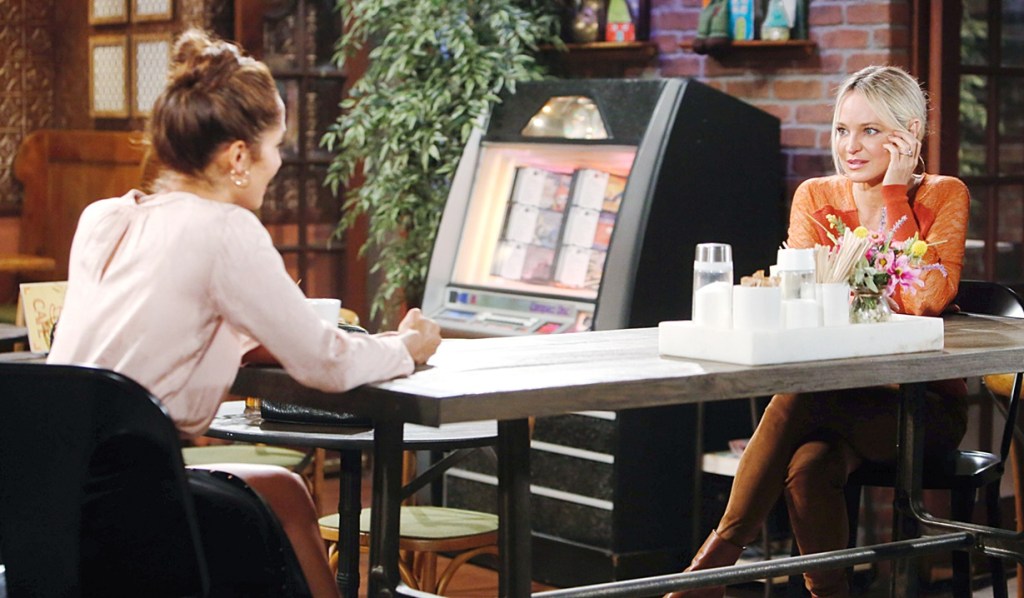 At the hospital, Billy gets an update from Abby on Chance’s condition and he breaks the news that Adam’s the number one suspect. Abby’s confused as Chance shared some kind of bond with Adam. Billy offers to sit with Chance while she gets coffee but she quickly realizes he came for a story; a follow-up on his exposé on Adam. She rails, “How could you possibly try to take advantage of what we’re going through?!” Billy’s sick of people he cares about hurting because of Adam and asks, “Aren’t you angry?” Distraught, Abby pleads, “Not now.” He apologizes. 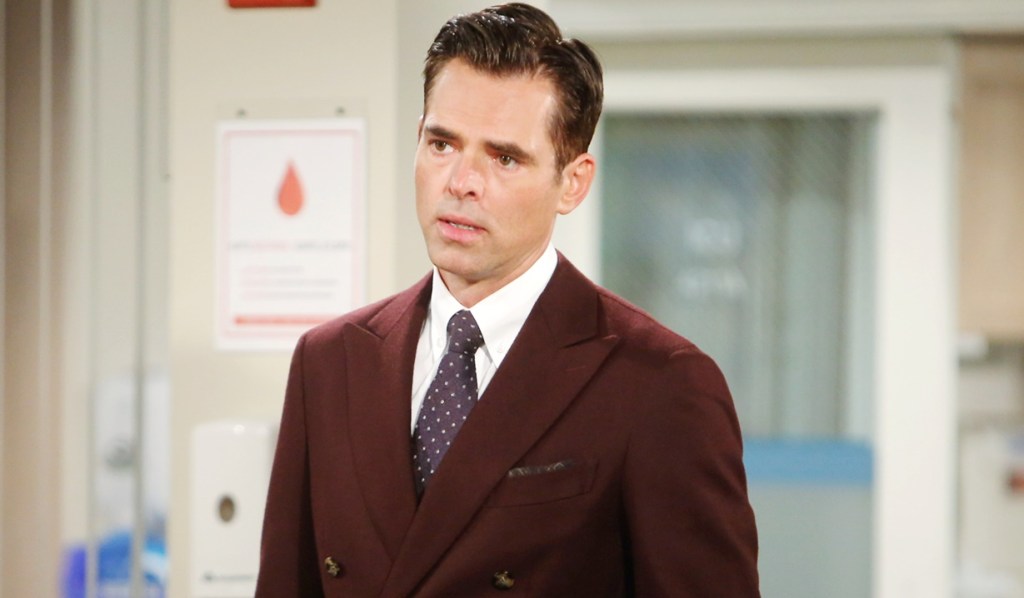 Rey visits Chelsea at the Chancellor Estate. She doesn’t want to believe Adam’s involved in the shooting. He asks why she wanted an urgent meeting with Chance. Chelsea could see Adam was being pushed past his limit and maybe wanted to retaliate against Victor and the family; she thought Chance could help. Rey understands she wants to protect him, but Chelsea says, “I’m afraid it’s too late for that.” Rey asks about the building. Chelsea spent the night locked in a room there — she believes Adam had her kidnapped so she wouldn’t interfere with his plan. She reveals she found schematics for Newman Tower on his laptop and marks on certain areas. Later, Chelsea calls Connor to hear his voice and is sorry he can’t talk to his father. Chloe and Kevin assure her she’ll be safe as she worries about Adam figuring out she escaped. Chelsea hopes Chance wakes up and someone stops Adam from going further than he already has. 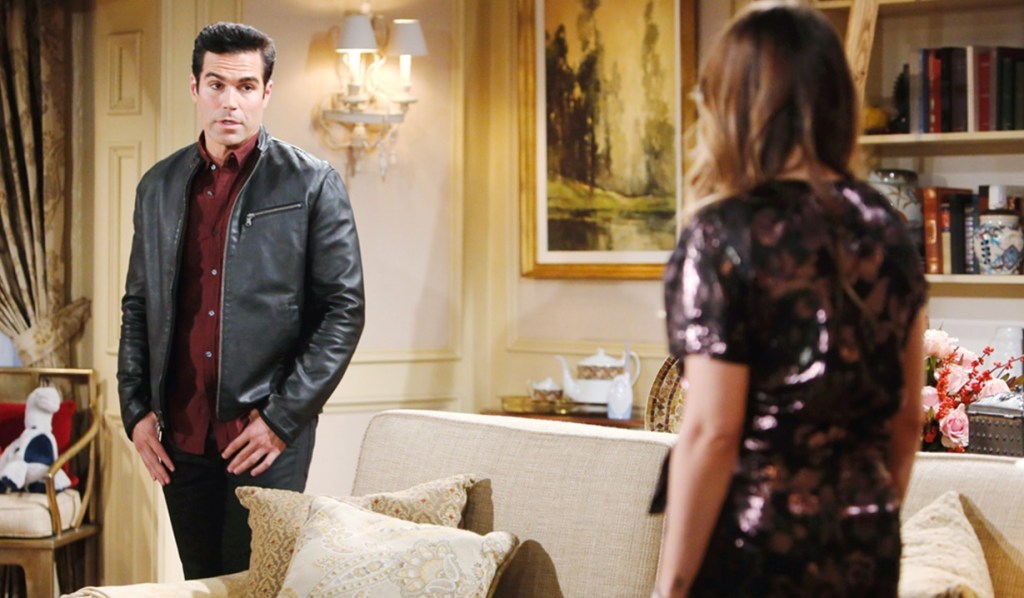 In the penthouse, Adam concedes his younger self was right — he was out of control. Younger Adam reminds him he didn’t do it. Adam’s consumed with guilt that the bullet Chance took was meant for him.

At the hospital, Adam lurks. Abby rejoins Chance and makes another bedside speech about starting a family together. Elena checks in and assures Abby everything looks good. “Whatever you’re doing, keep doing it.” Later, Chance awakens and Abby’s overjoyed. Adam watches them, then leaves. 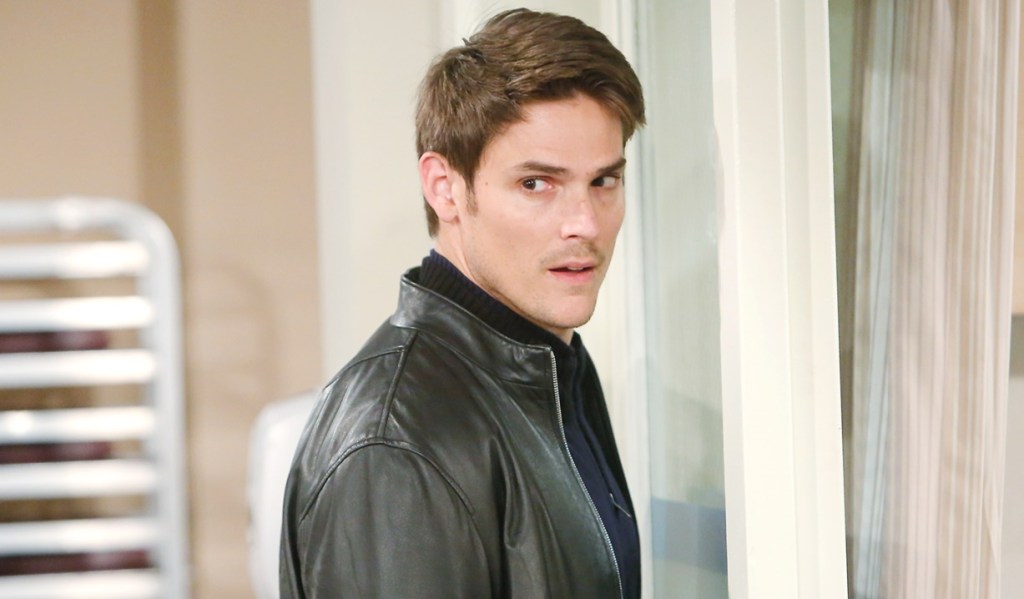 At Chance Comm, Billy admits to Lily he shouldn’t have run to the hospital — all he did was cause Abby more pain. Lily figures he’ll accompany Jill to Chance’s bedside when she arrives. He assumes so. She concludes, “So you‘ve learned nothing.”

More: Will Billy and Lily’s romance survive this twist?

At Crimson Lights, Sharon’s relieved to see Rey and shares that she talked with a friend today about the fear of cancer coming back. She’s strong and feels love and joy that he’s in her life.

Sharon Case and Christel Khalil advise viewers to visit the American Cancer Society for more information about the disease.

Next on The Young and the Restless Sharon breaks a promise.

Relive Lily’s cancer battle and other moments from her history in the photo gallery below. Get your free daily soap-opera fix for The Young and the Restless — and all of the other daytime dramas — delivered straight to your email inbox by signing up for Soaps.com’s newsletter. 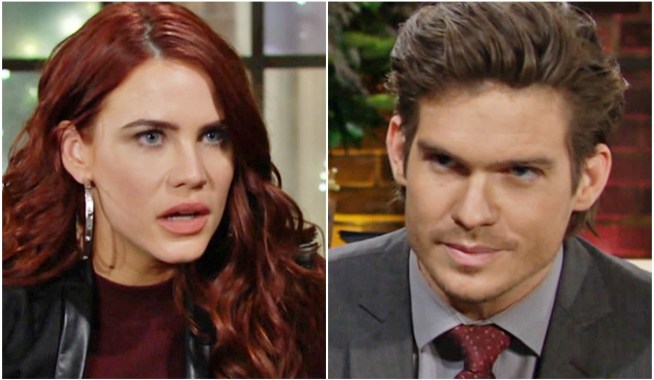 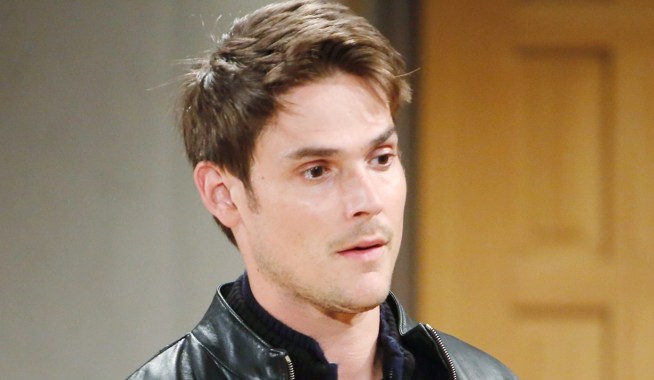