Tuesday October 13, 2020: On today's new episode recap of Young and Restless, Sharon plays it close to the vest, Paul warns Chance, and Elena struggles with her secret. 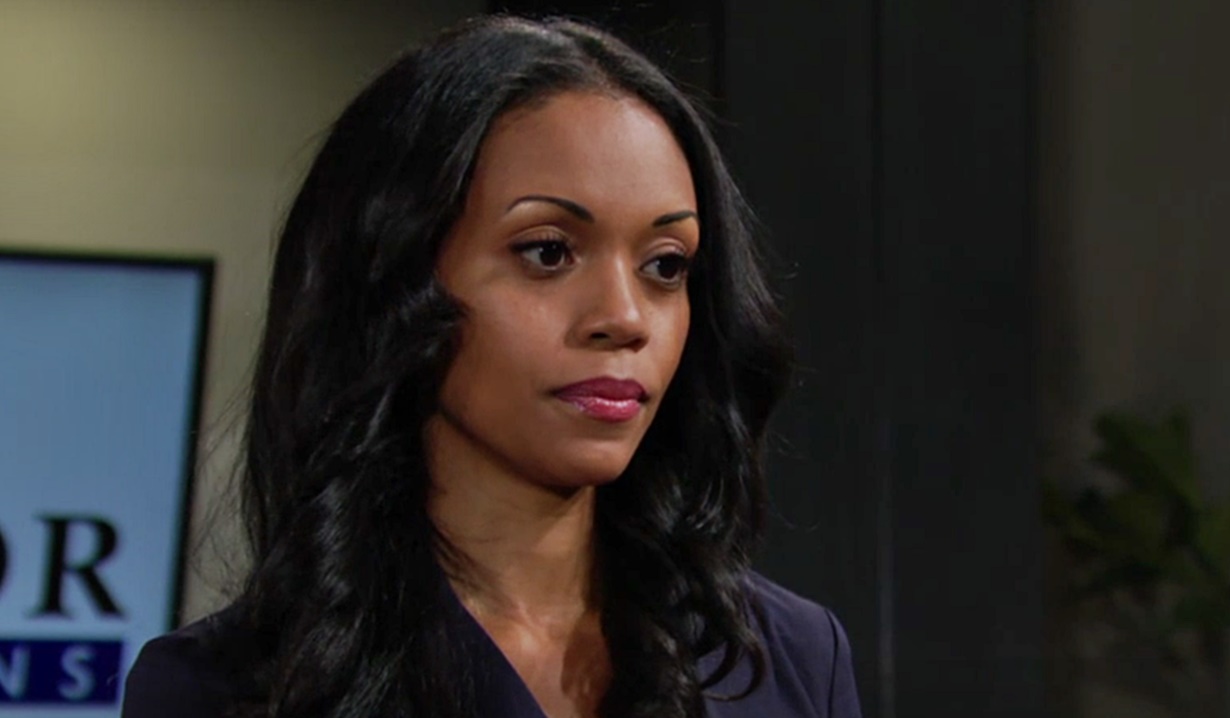 In her suite, Abby awakens from a bad dream about a trio of screaming babies.

At Sharon’s place, she and Rey agree to let family members know about their engagement first as he exits. Mariah and Faith arrive. Faith assumes Sharon’s news is the cancer is gone, but she reveals she’s marrying Rey. The girls are pleased but Mariah questions Rey not giving her a ring. Sharon hustles upstairs. Mariah’s sorry it wasn’t the news Faith wanted. Faith worries they’re getting married because of the cancer. Later, Mariah asks Sharon if she got bad news that led to the sudden engagement. Sharon swears she didn’t, but she needs to treat every moment like a gift. She asks if Faith was okay. Mariah says they all just want her to be happy. 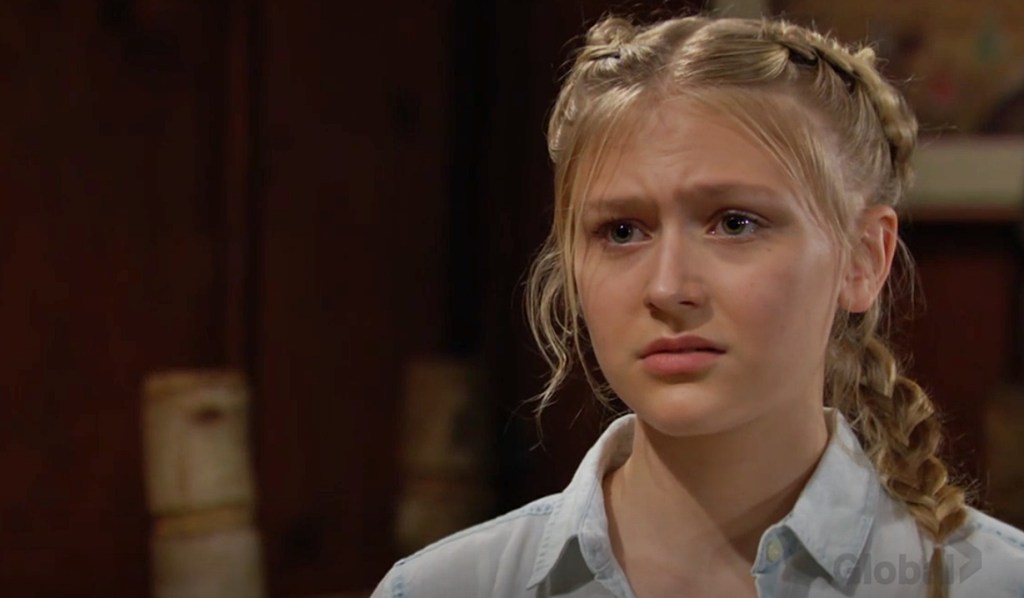 More: It’s game on between Phyllis and Victoria

At Crimson Lights, Chance asks Paul if he’ll be able to join the GCPD or is he rescinding his offer? Paul reveals there will be a grueling inquiry into what happened in Vegas. Depending on the outcome, he’ll welcome him to the force. Rey enters and Paul introduces them. Chance thanks Paul for the opportunity but he warns it’s not a done deal yet. After Paul leaves, Rey advises Chance he considers Adam radioactive but won’t let that color his impression of him. Rey admits he could use a partner as talk turns to Sharon’s cancer. He plans to spend the rest of his life with her. Chance agrees when you find the right woman you hold on. 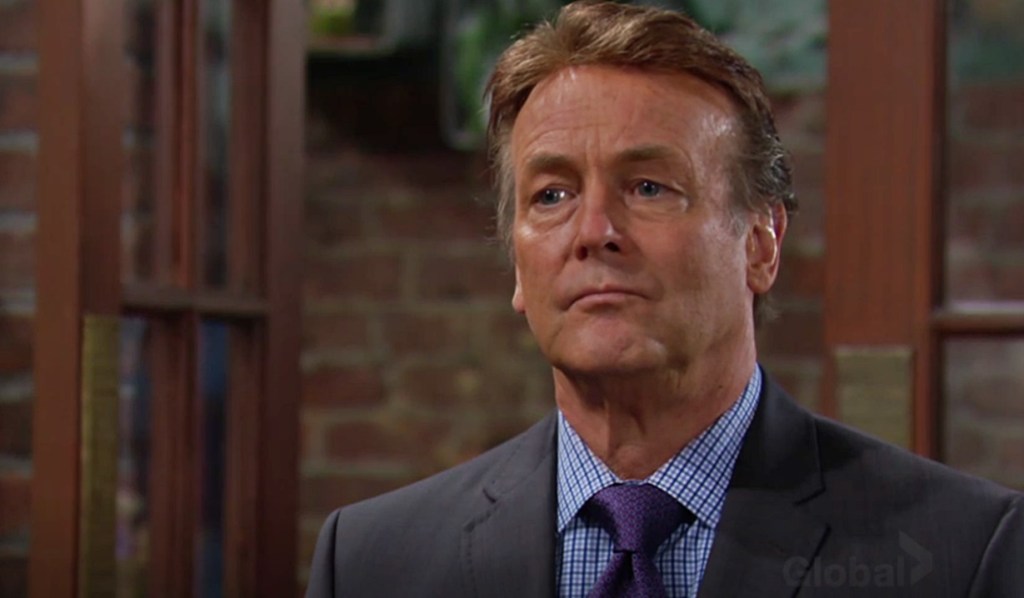 Amanda arrives at the clinic looking for Nate and tells Elena he’s pulling away – she wonders if Elena has any idea why. Elena thinks it could be work and relays Jared overdosed. Amanda’s stunned, but thinks Nate’s behavior is personal – something’s weighing on him. Elena reassures her.

More: Did Summer just hand Kyle back to Lola?

At Devon’s place, he tells Nate there’s something going on with Elena and wonders if he knows what it is. She’s been distant, short with him, and spending more time at the clinic. Even if Nate knew something, he wouldn’t break her confidence. He questions if Devon feels more drawn to Amanda. Devon looks at Amanda with different eyes, but she’s not Hilary. Nate grills Devon – does he plan to keep reminiscing with her? If so, he should set Elena free. Devon’s taken aback. Nate urges him be honest about what he really wants. Devon insists he wants to be with Elena and reminds Nate he’s with Amanda – he’d never disrespect that. 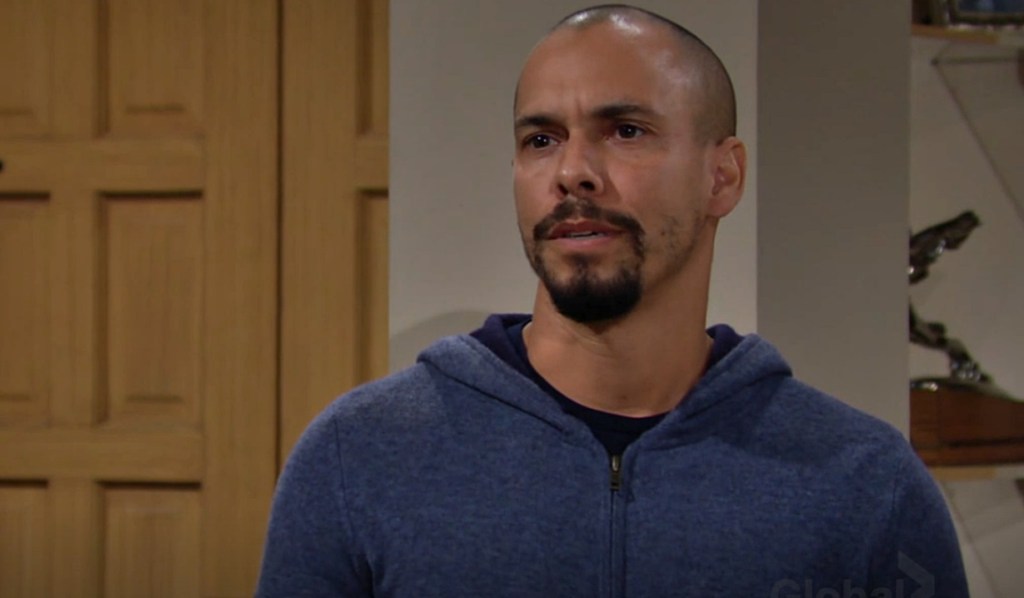 At Society, Abby tells Ashley she’s thinking about starting a family. Ashley gets the details on her and Chance declaring their love and laughs about her bad dream. Abby theorizes she’s been holding back from Chance out of fear. Ashley advises her to trust her instincts.

At Chance Comm, Lily asks Amanda if she’s avoiding her because she’s the reason she and her sister never got to meet. Lily can only tell Amanda how sorry and ashamed she is about what happened; she tries to be the best person she can be to honor Hilary’s memory. Amanda isn’t sure how to process all of this. Lily understands if she wants nothing to do with her. Amanda notes she and Hilary were separated long before that. Lily’s sorry. Amanda can see Lily’s remorse – she likes her and likes working there. They agree to take it one step at a time. 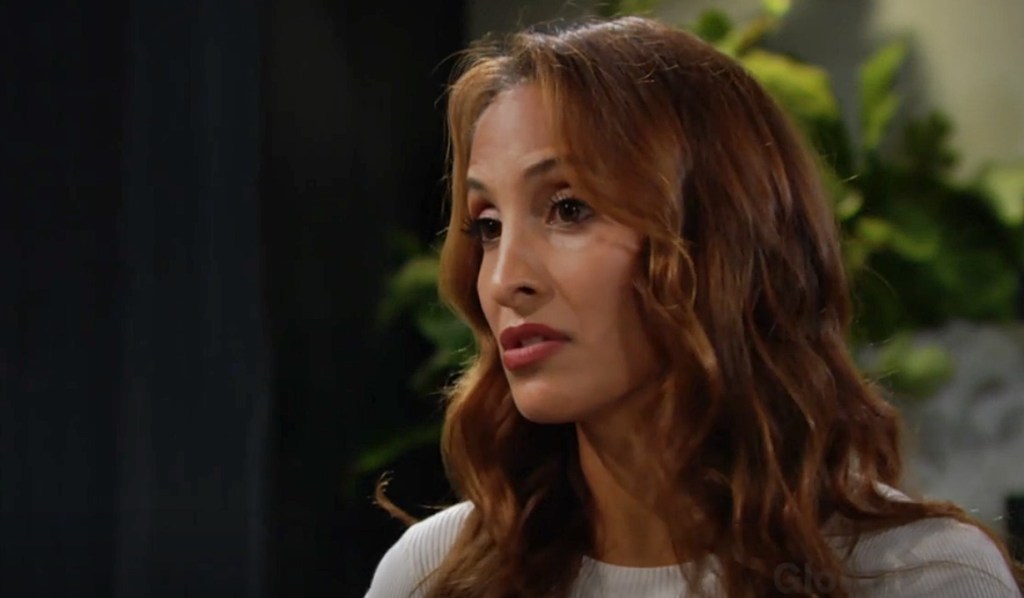 Nate arrives at the clinic and Elena dials him in on Amanda’s visit. Nate relays Devon senses she’s in turmoil. Elena frets; the secret’s weighing her down, she can’t even look Devon in the eye – maybe she should confess. Nate questions if they should turn his whole world upside-down over one night, but if she wants to tell him, he’ll understand. Elena doesn’t want to send him back to a dark place, but can’t keep doing this – working with Nate and going home to Devon. Nate offers to leave the clinic, but Elena doesn’t want that. 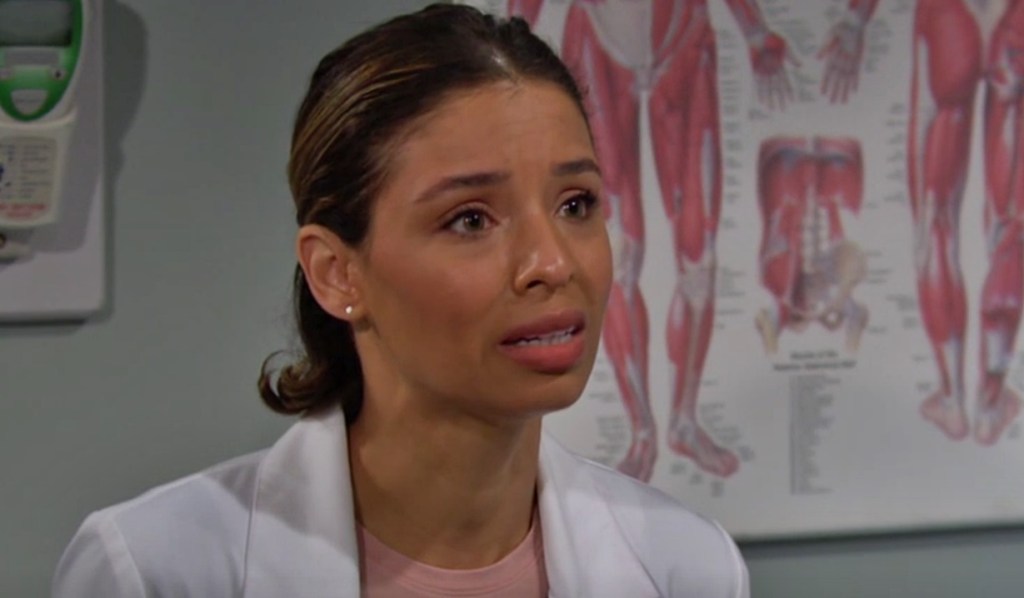 At the park, Abby learns Chance has to go through a rigorous inquiry. She’s sure it will be fine and has something special in mind to celebrate.

At Crimson Lights, Sharon disconnects from Noah as Rey hangs up from Celeste. Rey can’t wait to tell the world they’re engaged, but Sharon wants to keep it a small circle for now. 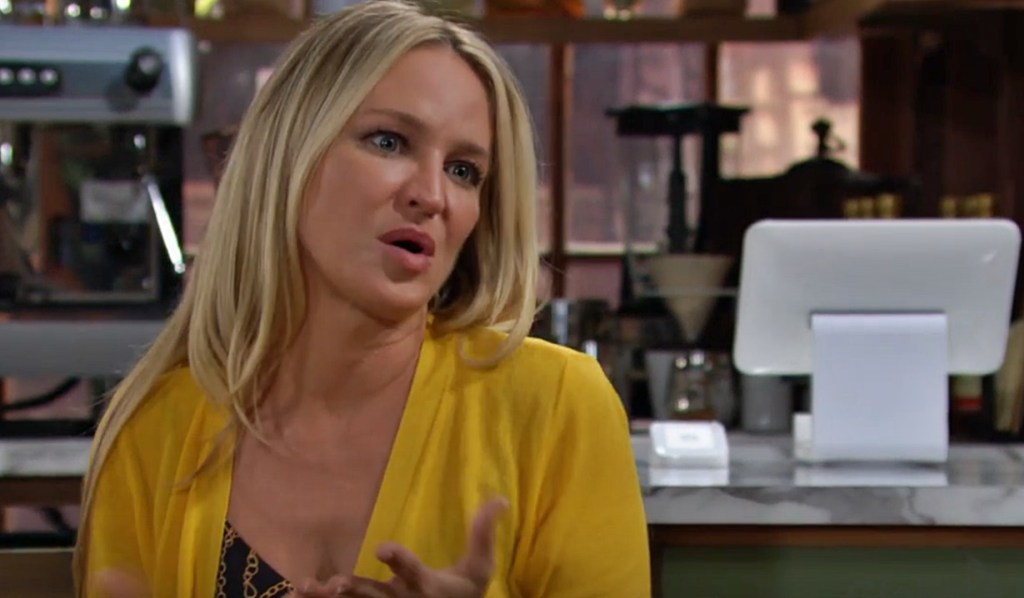 More: Why Sharon & Rey will regret their engagement

In their suite after making love, Abby tells Chance she wants to have a family with him.

Outside Society, Devon encounters Amanda after her conversation with Lily. She’s decided to hire a private investigator to look into the story behind her birth. Devon supports her all the way.

Next on The Young and the Restless Lily calls Billy’s bluff.

Check out our Abby Newman gallery below. Get your free daily soap-opera fix for Young and Restless — and all of the other daytime dramas — delivered straight to your email inbox by signing up for Soaps.com’s newsletter. 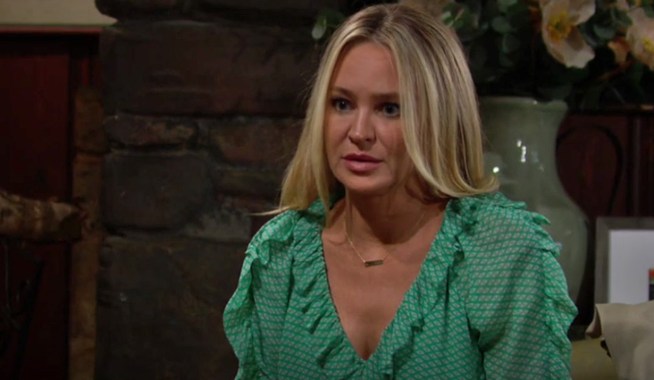 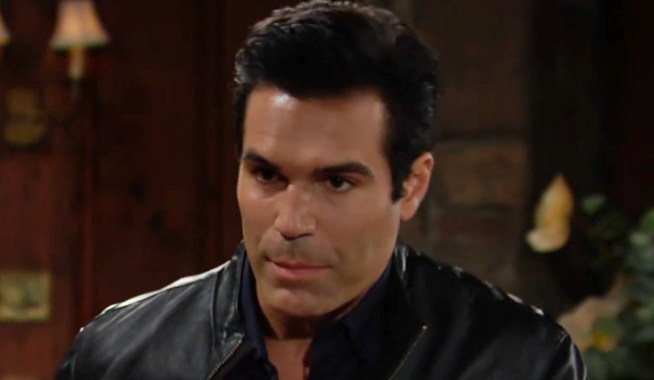