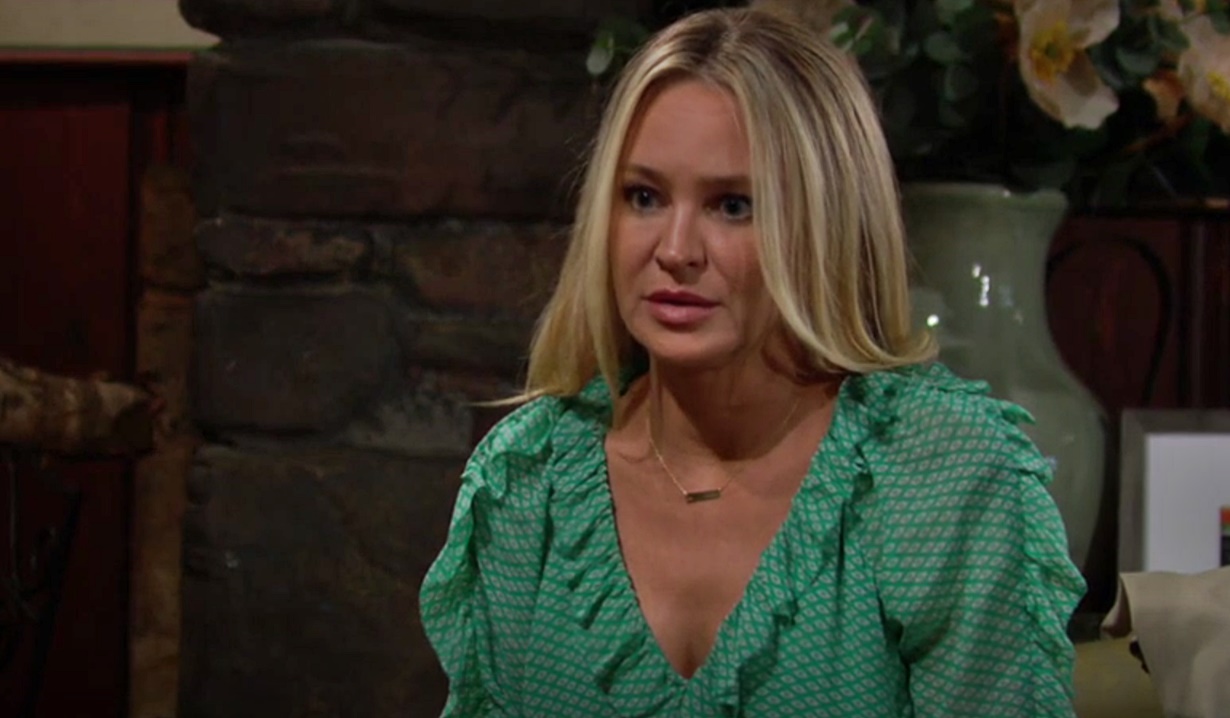 At the penthouse, Adam tells Chelsea he won’t scurry away into the shadows and let them think they’ve won. He remarks it didn’t take long for her to turn on him. Chelsea denies the charge, but there are limits. She wants him to show the world he’s not the monster Billy made him out to be. Adam feels she’s the one who needs proof he’s not a monster. When she says she loves him ‘but’… he walks out.

At Sharon’s place, she’s tells Rey she’s going out for a bit.

More: Give Victor and Jack back their mojo

At Crimson Lights, Lauren has news on the necklace and shares a photo of Chloe and Kevin’s newborn with Jack. She relays the contents of a safety deposit box are being sent to town as they speak and recalls the legend of the necklace brings love to the owner. Jack grins. He’s just trying to make Dina happy. Lauren muses about him continuing the tradition of giving the necklace to the woman he falls in love with. Jack just wants peace for Dina. On the patio, Adam encounters Sharon and asks about her surgery. She doesn’t have results yet and senses he’s in pain. Adam admits he’s feeling desperate – he has no one to stand by him except Sharon. He feels it’s no coincidence the woman who knows him and his heart better than anyone suddenly appeared. Sharon suggests he go home to Chelsea. Adam tells Sharon he’s never stopped loving her. Sharon tries to discourage him, but Adam insists she’ll never love Rey as she does him – they’re meant to be. Sharon loves his beautiful and tempting words but they’re not getting back together. She concedes she’ll never love Rey as she loved him, but it’s too complicated with Adam. She explains about Faith. Adam’s truly sorry and wants to redeem himself. Sharon wants her life moving forward to be with Rey. Adam’s floored. “You can’t mean that.” Sharon says goodbye. 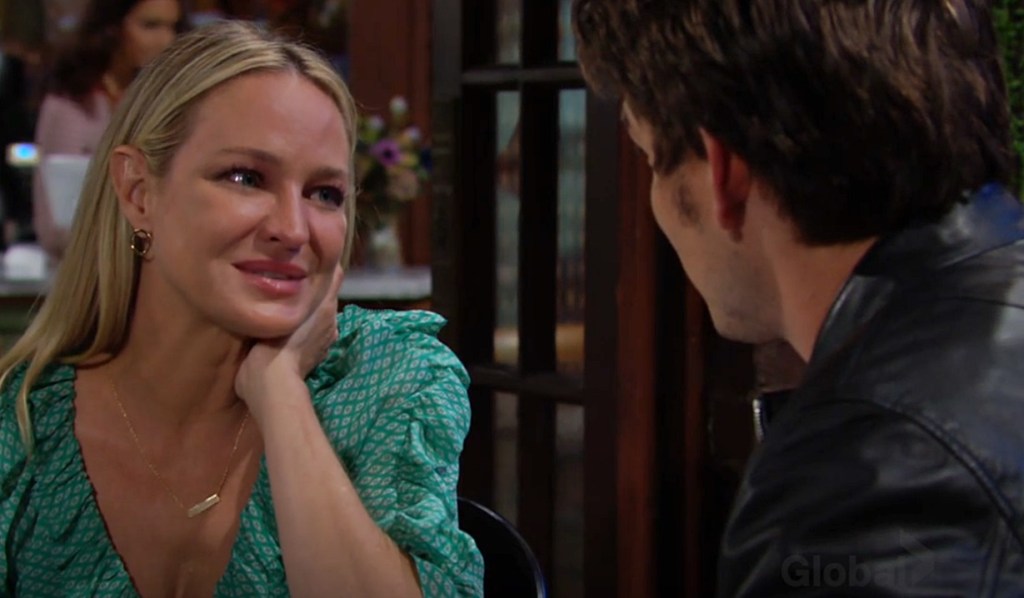 At the Chancellor estate, Chloe tells Kevin he’s a natural with the baby. She didn’t give him the chance to name Bella, so she’s putting their baby boy’s name in his hands. Later, Chelsea visits and Chloe’s stunned when Chelsea starts crying. She explains their world is crashing down, they may have to cancel the clothing line, and she had to send Connor away. Chloe remarks on ‘who Adam really is’ and urges her to focus on herself and Connor. After Chelsea goes, Kevin reveals the baby’s name will come from a neighbor who used to help him – Miles. Chloe deems it perfect – Miles Mitchell Fisher. 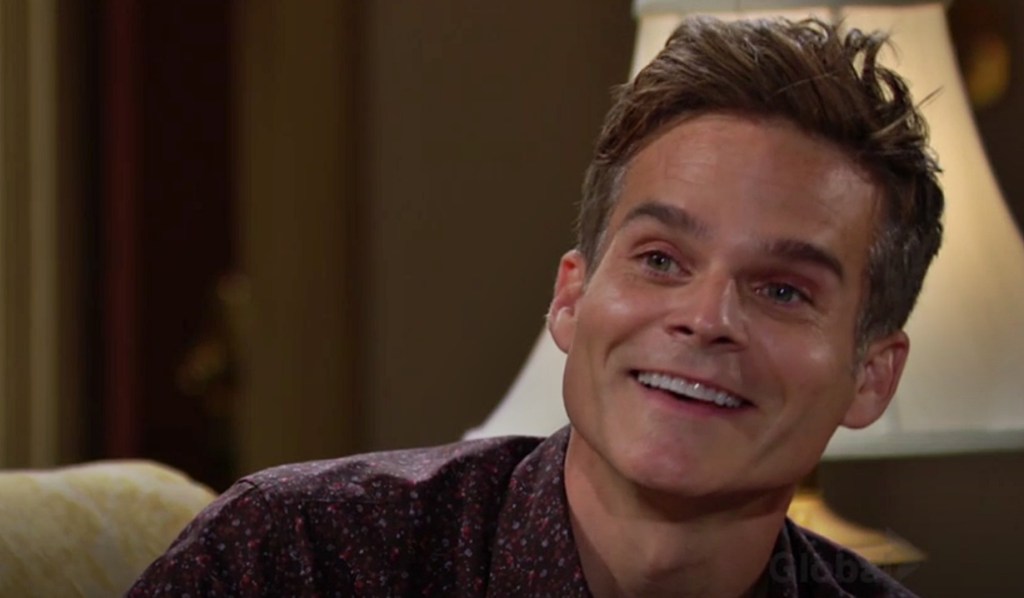 In Society, Lola thanks Mariah and Tessa for putting together their girls’ night as they sip cocktails. Tessa blurts that Kyle and Summer got married. Mariah confirms they eloped – she heard it from Nick. Lola needs a minute and leaves Mariah and Tessa to worry. Lola reappears and assures them she’s fine just as Kyle enters. Lola advises him to go back to his honeymoon. Kyle didn’t mean to crash and leaves. 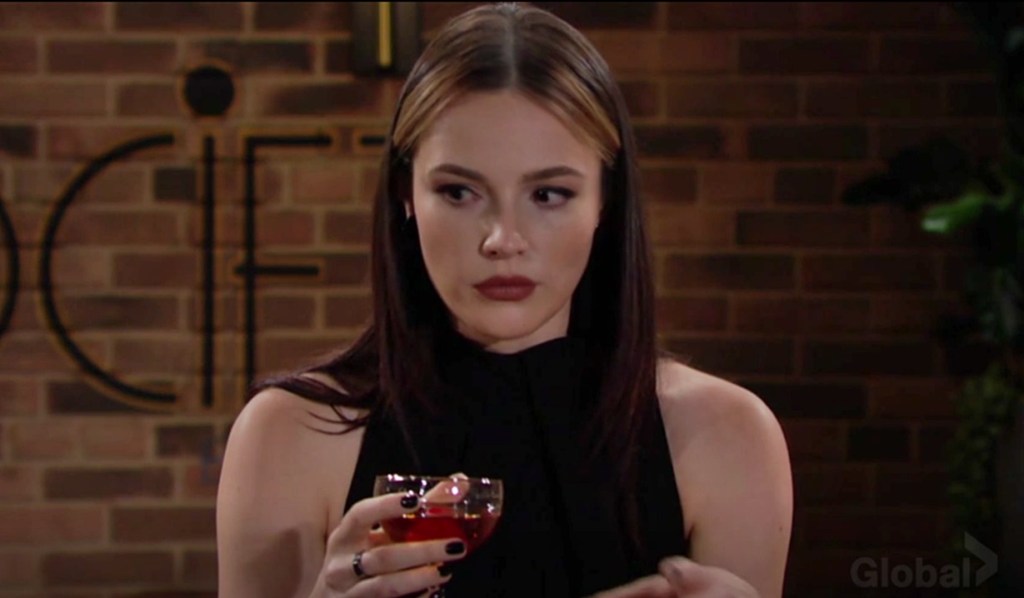 At Grand Phoenix, Phyllis fumes at her money man on the phone for telling her she’s out of options. Kyle enters. She asks why he’s disheveled and where is his blushing bride? Kyle tells Phyllis she got what she wanted – the wedding never happened. He woke up on their wedding day to an empty bed and a goodbye note. Phyllis narrows her eyes, “What did you do to scare her off?” Kyle has no idea and thought they were better than ever. He walks out. Phyllis leaves Summer a voicemail. Jack arrives and Phyllis fills him in on Summer calling off the elopement. Jack’s offended when she says it’s clearly Kyle’s fault and doubts her suspicion he cheated and reminds her Summer doesn’t have a perfect record either. Suddenly, Phyllis gets a text from Summer. She needs time to figure things out and is confused. Phyllis is concerned – the last time this happened she came back in a stolen car. 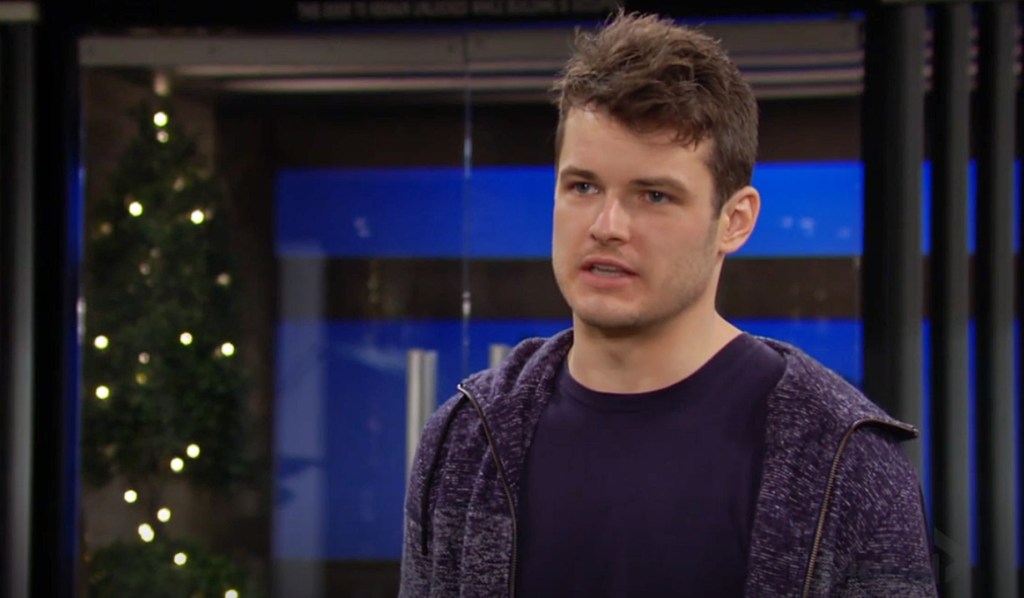 Chelsea arrives at Chance Comm and tells Billy her son is at boarding school thanks to his article. She was just visiting Chloe and her new baby and realized she’d like to spend some time with Johnny. Billy gawps, “What?!” He points out she’s shown no interest in him. Chelsea has a right to get to know him. Billy’s incredulous she wants to take him for the weekend at Adam’s penthouse. It’s not happening. Chelsea won’t give up.

More: New troubles for Billy and Victoria ahead?

Sharon returns home and tells Rey, “I feel like you should ask me to marry you.” Rey’s taken aback – they just moved back in together. Sharon doesn’t want to wait. Rey guesses she’s worried about her health and would be honored to be her husband. He kneels. “Sharon will you marry me?” She replies, “Yes.”

At Grand Phoenix, Kyle tells Billy love sucks before walking away. After, Summer peers out from behind a magazine.

Adam returns home, where Chelsea’s inside, but stops at the door and re-enters the elevator.

Next on The Young and the Restless Lily and Amanda talk about Hilary.

Check out our Sharon and Adam’s love gallery below. Get your free daily soap-opera fix for Young and Restless — and all of the other daytime dramas — delivered straight to your email inbox by signing up for Soaps.com’s newsletter. 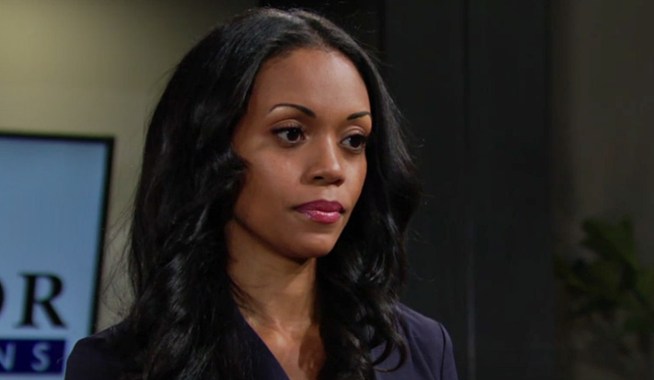