Billy Makes a Dangerous Move After a Showdown With Victor

Wednesday September 30, 2020: On today's new episode recap of Young and Restless, Traci delves into the necklace mystery, Lily learns the truth about Amanda, and Abby confides in Mariah about her fears. 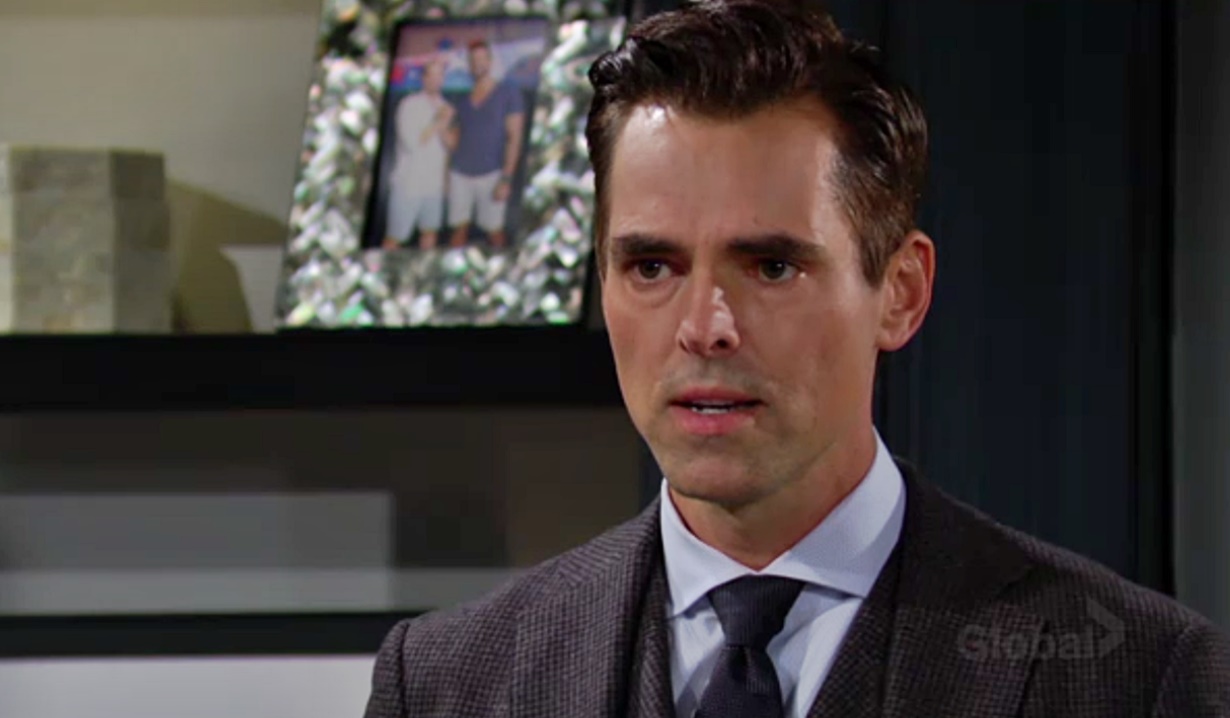 At the penthouse, Chelsea and Adam listen in as Billy reads an email and says he’s hit the jackpot, then tells Lily, “Adam Newman – The Making of a Monster. We’ve got him.” Lily worries about a libel suit.

At Crimson Lights, Traci updates Jack that Dina’s mysterious emerald necklace was important to a princess who was given it by her first true love and was devastated when it was stolen. The necklace was sold on the black market during World War II – a soldier bought it for his girlfriend before shipping out. Jack quips, “Please say our mother was not the girlfriend.” Traci confirms she wasn’t old enough and doesn’t know how she got it. They puzzle over why she wanted them to see the home movie. Traci had fun chasing down the mystery of the ‘Teardrop of Love’. Jack wants to know more. 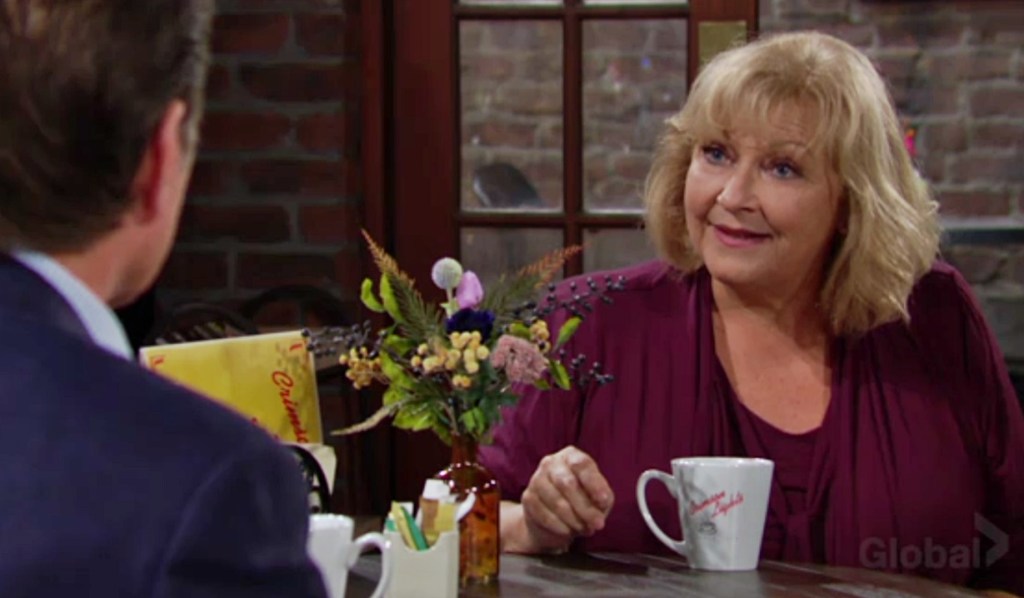 Chance arrives at Society, and asks Abby if he scared her with talk of a family. Abby reveals she had a miscarriage that almost broke her. Chance promises they’ll face any difficulties together. Abby rushes off to work. He gets a call and says, “That’s not good.” Later, Abby confides in Mariah about her worries surrounding becoming a parent with Chance. Mariah understands being scared, but doesn’t think that should stop her.

At Grand Phoenix, Amanda tells Phyllis she found another piece to the puzzle but can’t get into it as she receives a text from Billy about the Adam expose. Next, Billy calls on speakerphone with Lily. Amanda doesn’t think the story’s solid. In discussing the importance of getting the truth out, Billy mentions Hilary, so Lily learns Amanda is her sister. Amanda suggests she talk to Devon, and says she needs more time with the story. Billy warns not too long. 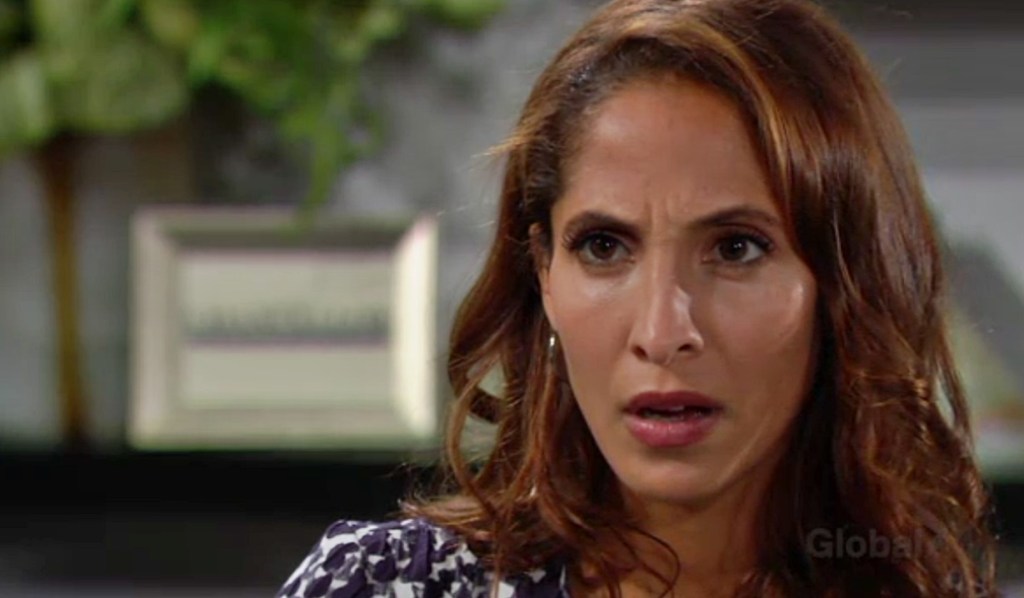 At the penthouse, Adam doubts a legal warning will be enough to stop Billy – he’ll have to call in the cavalry. Chelsea phones Billy to confront him – his article will harm her son. Billy brings up her odd visit to the office and finds the listening device. He advises her to protect her son by keeping him away from Adam. Chelsea disconnects and realizes her bug is toast.

More: Y&R romance is about to get messy

Amanda arrives at Chance Comm, where Billy apologizes for exposing her private information. Amanda wishes so desperately she could know her sister and wonders why their mother kept Hilary and not her. She wonders if Rose wasn’t their biological mother, or found them and could only take care of one of them. There’s no record of their birth in Evanston so they were born outside the hospital. Talk turns to the article. Amanda questions if Billy will risk a lawsuit to stick it to the Newmans. 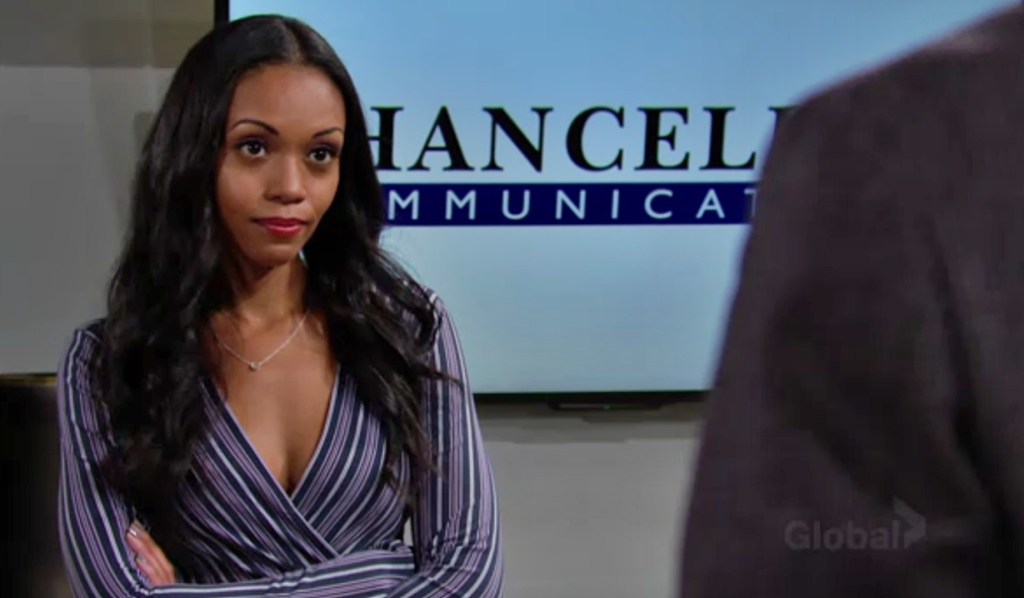 At the ranch, Victor tells Nick that Victoria is working with Billy Boy Abbott. Suddenly, Adam calls to warn that Billy’s about to drop a bomb on them. Victor will do what he can to stop him. He disconnects and informs Nick he’ll do this on his own.

In Phyllis’ suite, Nick explains Victoria’s working with Billy. Phyllis guesses he won’t do anything to stop the Adam article – he’s privately happy this is coming out. Nick confirms, “It couldn’t happen to a nicer guy.” Downstairs, Adam warns Chance that Alyssa’s written an article, which could mention Vegas. Chance can’t intervene. Adam tells Chance if he had to do it over again, he wouldn’t change a thing.

Chance returns to Society, where Abby gives him a ‘maybe someday’ on having kids.

Adam arrives at home and warns Chelsea they need to brace for the worst. There’s nothing they can do short of kidnapping Billy and Lily. Chelsea says, “You grab the rope, I’ll grab the chloroform.”

Victor confronts Billy at Chance Comm and warns of long, agonizing suffering if he prints the story. He points out Billy’s flaws, but Billy thinks it sounds like him. Victor was protecting his children, unlike Billy who failed in that department. Billy orders him out. Victor vows he’ll rue this day for the rest of his life. After Victor’s gone, Billy types on his phone. Lily enters and asks, “What did you just do?”

At home, Chelsea and Adam get phone alerts and gape at what they see.

Next on The Young and the Restless Sharon protects Faith.

Check out our Lily Winters gallery below. Get your free daily soap-opera fix for Young and Restless — and all of the other daytime dramas — delivered straight to your email inbox by signing up for Soaps.com’s newsletter.

Lola Orders Theo Out of Society...

Adam Confronts Billy in His Office...