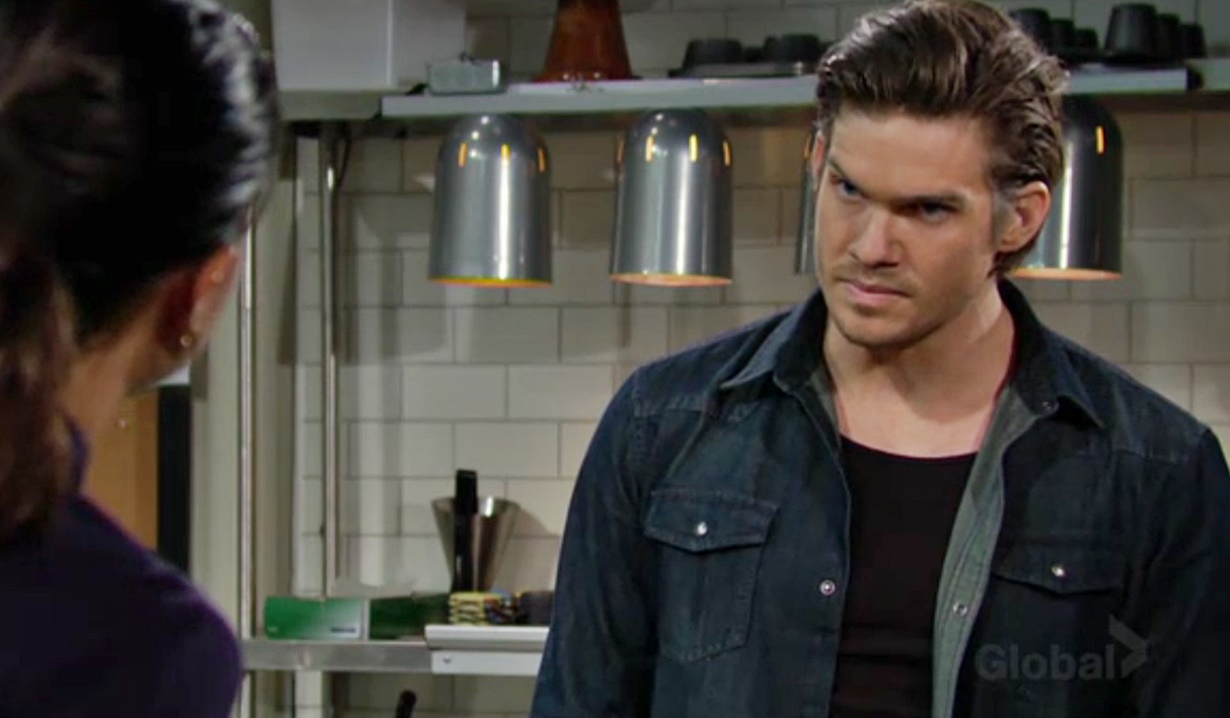 At Crimson Lights, Phyllis needles Billy about working for his mommy and advises him to pay attention to work and not get distracted. Billy muses about her getting distracted and sleeping with Nick while they were together. Phyllis would hate to see him crash and burn. Billy insists he’s a changed man but she can see the glint in his eye. Billy admits he’s doing an expose on Adam. Phyllis advises, “Kill it before it sees the light of day.” She warns Victor will destroy his company. Billy reminds her she hates Victor. She’s happy and Billy’s plan could make it go up in smoke. Billy doesn’t believe she and Nick will last anyway. 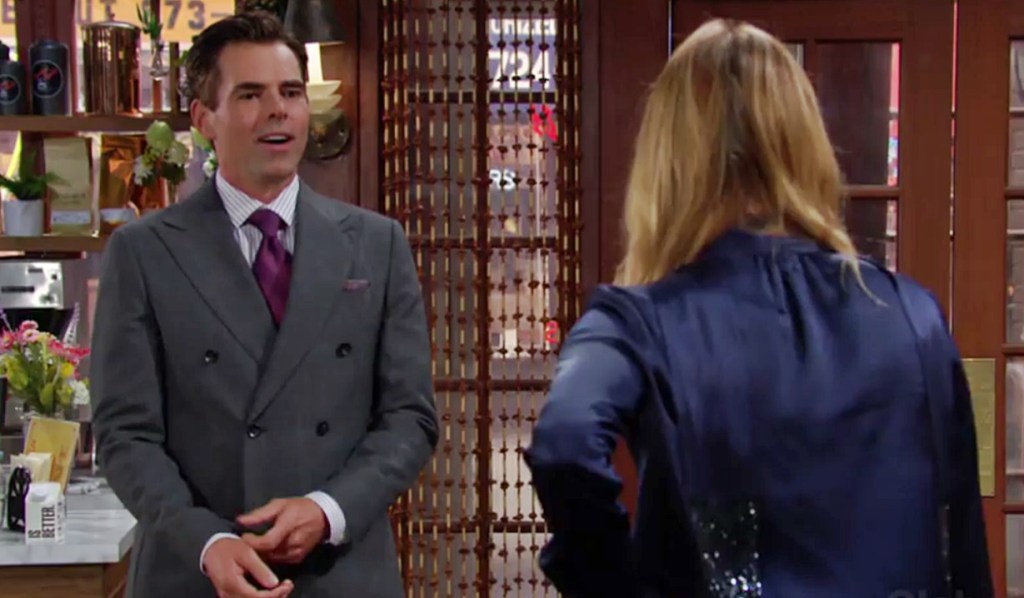 Nick finds Nikki at Chancellor Park, where she questions him about Victoria’s plans where Adam is concerned. She’s afraid whatever happens could devastate Victor. Nick offers to help but she knows his heart’s not in it so walks off.

At the ranch, Victoria spots a file on Alyssa as Victor reveals he’s been having the reporter followed. Victor knows Billy’s entangled with Alyssa, and also that Victoria visited Chance Comm. Vikki shrugs it off as co-parenting. Victor warns the implications of this could affect them all – Billy Boy has serious ammunition. He asks her to find out what Billy knows – for the sake of their family. It’s in her hands. Victoria won’t make any promises. Later, Nick arrives. Victor warns the situation with Adam could affect the family and Newman Enterprises. Nick sniffs, “Your favorite child.” Since Nick’s concerned about Nikki he offers, “If you want my help, you’ve got it.” 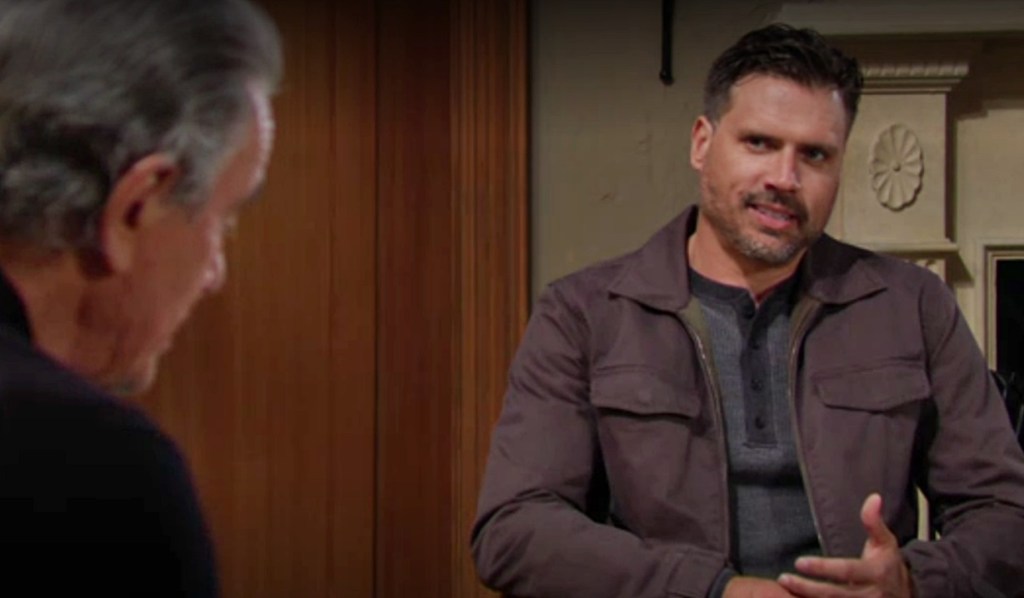 At Jabot, Summer asks Kyle about his talk with Jack, but he’s distracted – his divorce papers came through. Summer quips, “Is it too early for champagne?” Kyle’s worried how Lola is taking it – he feels guilty. Summer proclaims it’s not a tragedy and warns him not be more concerned about his ex than his future wife. Kyle reassures her and agrees to meet later for champagne – he has a meeting offsite right now.

At Society, Theo tries to chat up his ‘favorite chef’ and Lola reminds him they broke up. He recalls they used to be buds. Lola angrily informs him she’s having a sucky day and could use a friend – too bad it isn’t him. Theo replies, “Lay it on me.” Lola reveals she just found out her divorce papers are final and doesn’t know how to act. She stalks into the kitchen. Later, Kyle arrives. Theo watches as he enters the kitchen. Lola’s surprised to see him and plays it cool, “I guess we’re exes now.” Kyle’s there if she needs to talk. They agree that even though they both wanted the divorce, it sucks. Meanwhile, Theo spots Summer entering and lets her know Kyle’s in the kitchen. She looks in, then accuses Theo of being a troll. She needles that Lola dumped him after getting to know him, then leaves. After Kyle’s gone, Theo checks in with Lola and advises her that Kyle still cares – they both know she still wants him and it wouldn’t take too much effort to get him away from Summer. Lola asks if he’s out of his mind, calls his suggestion disgusting, and orders him to go…and stay gone. 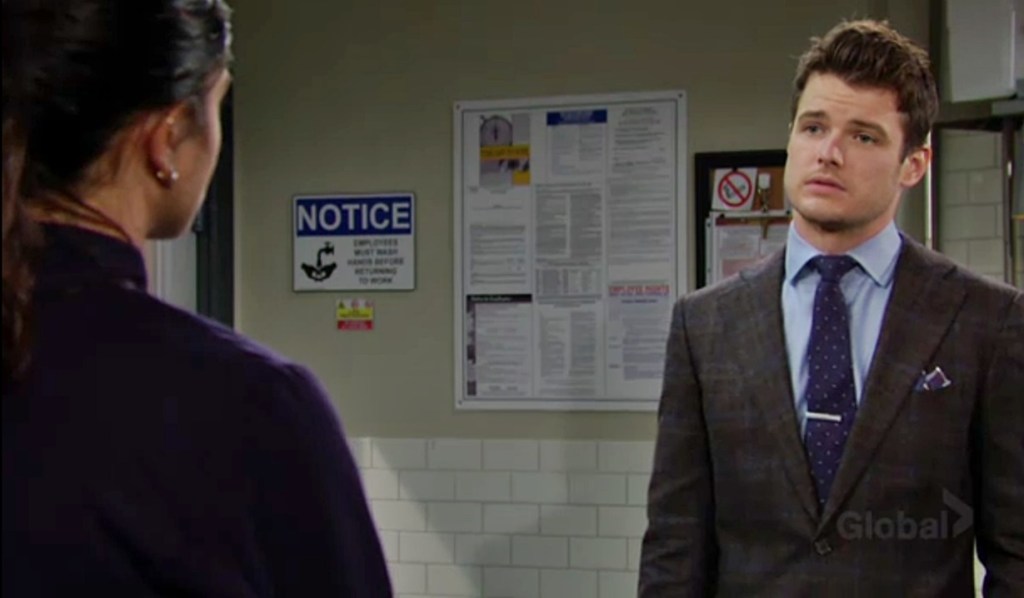 At the park, Summer confronts Kyle about going to see Lola. He’s sorry it hurt – he needed to see if she was okay. He promises nothing will keep them from the life they deserve. It comes to light that Jack has reservations about their engagement but Kyle insists the wedding will happen.

In Phyllis’ suite, Nick reveals he was summoned by Victor – something’s going on with Adam and it’s getting to his mom. Phyllis knows Billy plans to print something explosive about Adam and urges Nick not to get sucked in. Nick could get behind Adam paying for his actions. Phyllis looks concerned.

Nikki returns home to learn Victor asked Victoria and Nick to help. He relays Victoria seemed surprised about Billy. Nikki doesn’t think she’s being honest – Victoria has to know what Alyssa’s investigating. Victor fumes that she’s teaming up with Billy Boy Abbott against Adam and calls her a ‘thankless daughter’.

More: Who will be newcomer Jordan’s love interest?

At the coffee house, Victoria warns Billy that Victor’s tailing Alyssa and is trying to find out if she’s involved. She wonders how bad this will blow back on her father. Billy thought she didn’t care. She replies, “You’re right. I don’t,” but looks concerned as he exits.

Next on The Young and the Restless Lily learns the truth about Amanda.

Check out our Kyle and Summer photo gallery below. Get your free daily soap-opera fix for Young and Restless — and all of the other daytime dramas — delivered straight to your email inbox by signing up for Soaps.com’s newsletter.

Billy Makes a Dangerous Move After a...